COLL: Ready to take over the world 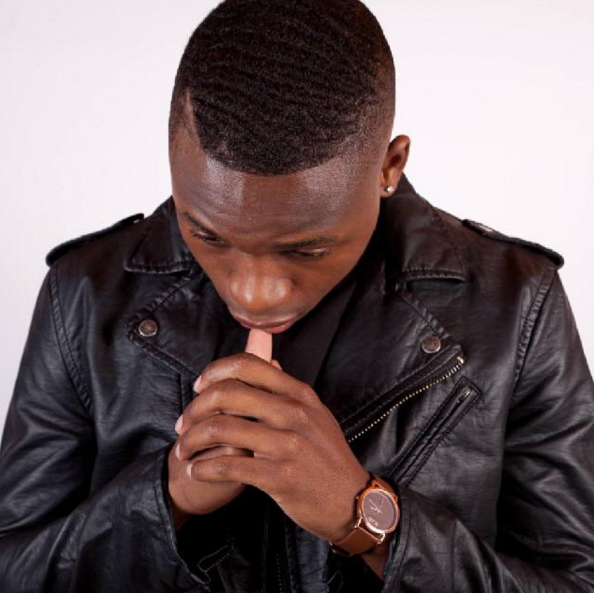 Equipped with his ‘A’ Level in law, business studies and psychology, the career path Coll has chosen to pursue no one could’ve predicted.

Coll, also referred to as COLL, or the ‘Creative Original Living Legend’, is a Zimbabwean national but has spent majority of his life in Portsmouth, England, the city in which his aspiration to become a musician came to life.

Long after spending time producing tracks in his room, singer-songwriter Coll is now back with his brand new single What They Call Me.

Coll grew up in a household of country music lovers, as his mother owned a wide selection of old-time country rock records.

Although this proved to be an early influence for the budding artist, Coll discovered a new musical world as he grew older.

Frontrunners Jay Z and Tupac were amongst the few names who paved the way for future musicians, with Coll now being one of them. 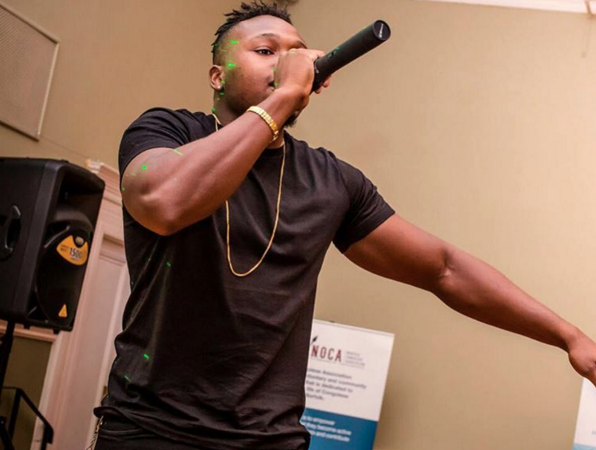 Coll doing what he likes best: performing on stage

“I got really interested in rhyming and lyrical plays while listening to such artists, I was fascinated by how they used to rap to tell their stories while keeping it entertaining,” he told Artefact.

“The way they play with words, the metaphors and the similes and the way they try to be cool without melodies. It made me want to try it out, I thought maybe I can give this a go.”

Although he was known as a mischievous but bright young boy during his early years at school, Coll decided to go against the odds and challenge the norm: he was the first one out of his family to pursue a career in music rather than going down the academic route, such as studying for a degree.

Until today, Coll maintains a close relationship with his college, as it was there where he first started out as an artist.

He made full use of the equipment provided by the school and would find himself at school during the summer holidays. Though not to study, but to practice his producing skills.

“We would come early in the morning and leave late at night. I remember security guards trying to lock up during the weekend but I would be so persistent about staying!”

His fascination with music soon developed into a desire to emulate the work of his inspirations: “I’d say my music is a comparison between Jay Z, in terms of that flow and the way I like to keep control of the track, and 50 Cent in terms of the aggression in some of the tracks.”

As an artist, Coll finds himself in a lucrative position: he has full creative control over his work, which allows him to convert his life experiences into a song on his own terms.

Though it is not all roses and moonlight, as being an artist in this day and age comes with its own trials and  tribulations, especially concerning commercial pressures on the business side of his career.

The concept of commercialisation and the pressures of being a commercial success in the music industry is a matter Coll is all too familiar with, a concept that he believes can result in loss of talent in some cases: “There are fewer and fewer artists nowadays but I feel if you dig deep enough, one can still find creative people all around. Anything can constitute art, as long as it has a meaning behind it.

“As an artist, it is a decision you have to make right at the start of your career; you need to think about what route you want to take.”

The 23-year-old is hoping to inspire people who find themselves in similar situations like him, providing advice while at the same time spreading positivity through his music.

He has what he calls a ‘corner of fame’ in his room, to which he wakes up every morning and is the first thing he is confronted with when opening his eyes. He believes it is this list of achievements that keep him focused and motivated to carry on achieving and succeeding.

His latest track What They Call Me is a self-produced, feel-good track from his new mixtape, which is due for release sometime this year.

The hip-hop vocalist has generated a substantial social media presence as his career continued to evolve over the years. He managed to accumulate a large online following with many people from all over the world supporting the up-and-coming artist on his endeavours.

He has received support from local radio and TV stations such as BBC Introducing and the Prince’s Trust, achievements that put a stamp on the success he has had in the music industry.

Coll is hoping to reach a big personal achievement by embarking on a nation wide tour one day, but insists he is content with his success thus far: “I wouldn’t ever say ‘I have made it’ but as long as I am happy with what I do day in, day out I will feel complete as a person.”

Coll is set to release his EP Time For Change later this year. To find out more about his up and coming shows you can check out his website here.