After a triumphant comeback, Adele Adkins, the world’s biggest-selling singer played her first ever headline date at London’s O2 Arena on March 15.

This is also her first arena tour after an unplanned four year break for a polyp removal vocal surgery, the arrival of her first child, along with a self-confessed fear of playing to big crowds. 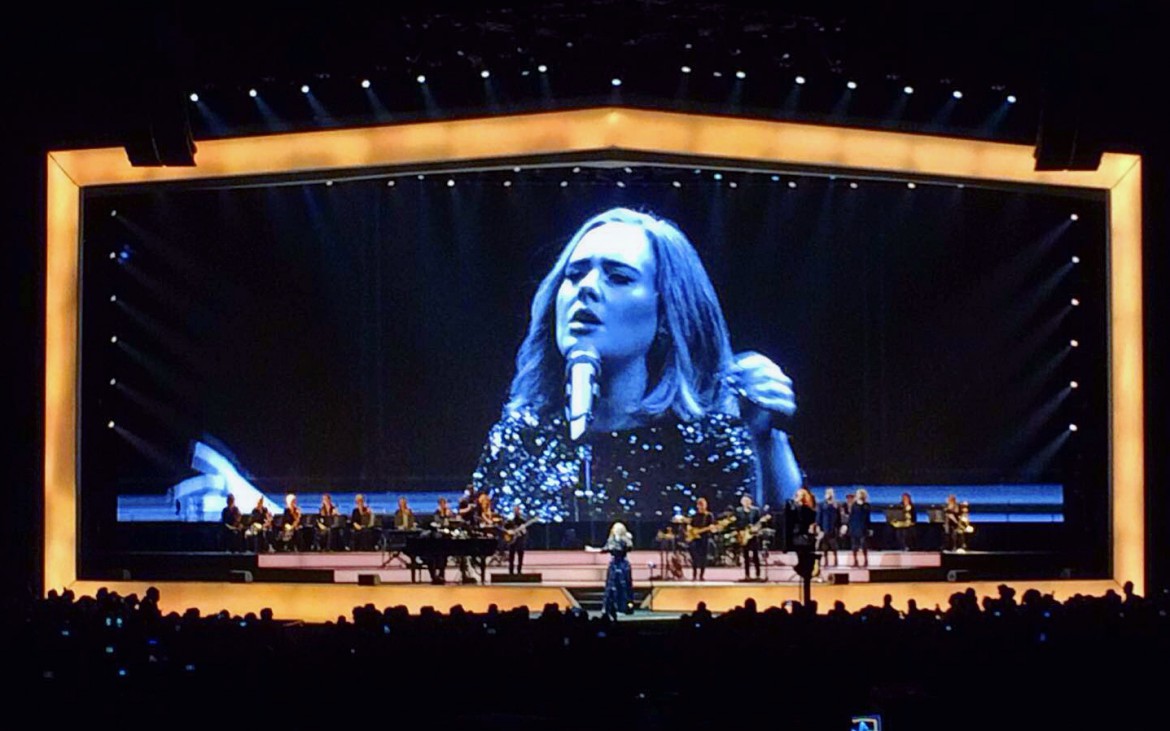 For most of the night Adele’s performance was backed by a massive orchestra and backup singers.

Artefact was present Tuesday night at her first performance in London’s O2 Arena and the ninth performance of Adele’s Live 2016 world tour.

There is no doubt that Adele has the popularity to sell out endless arenas, but many question if the natural talent of her voice is enough to maintain the attention of thousands of people used to spectacular dance routines, hi-tech flashing lights and hydraulics.

“If I moved like Beyoncé I’d be a hell of a lot skinnier!” she told the crowd jokingly.

She started the night with echoing atmospherics and a theatrical entrance emerging from the centre of the arena underneath a main stage flanked by a black and white iconic Orwellian projection of her eyes blinking. 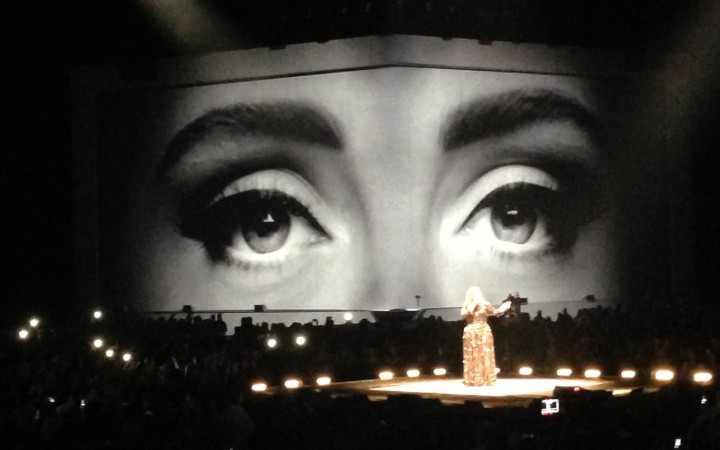 The show started with comeback hit Hello and a giant projection of her blinking eyes, while the singer slowly rose up on a platform in the centre of the arena.

Throughout the show, the superstar was both hilarious and heartbreaking.

The sensibility of her voice blended perfectly with her kind personality and sense of humour.

“When I came up on my lift I thought I was going to cry my eyes out. I have gotten used to big crowds but this is just blowing my mind,” she announced.

Drinking and showing off her Mother’s Day mug, she expressed how “fucking nervous” she was taking to the stage, but there was no hint of that in her performance.

“I know some of you have been dragged along here tonight but I’m going to win you over,” she added at one point.

Even though she kept everything effectively simple, hearing the jokes Adele cracks was worth every penny. Throughout the night, her remarkable sense of humour kept a strong connection with her fans.

During her rendition of Bob Dylan classic ‘Make You Feel My Love’, her performance was briefly interrupted by a marriage proposal in the crowd.

“I thought there was a fight at first. I saw loads of camera-phone lights and then I saw arms up and I saw sweet kissing” she told the audience, after asking the newly-engaged pair onto the stage.

“How did you hear him over me wailing away?” she asked, followed by numerous laughs from the crowd. Touched by the event, the 27 year old singer told the happy couple: “That’s the most beautiful thing I’ve ever witnessed at one of my shows. Thank you so much.”

For most of the show, Adele was supported by an orchestra and backup singers, but she seemed at ease even with an acoustic guitar performing A Million Years Ago.

The most spectacular part of her performance was the song Set Fire To The Rain which created a unique atmosphere with real and virtual rain falling down around her from the middle of the arena. 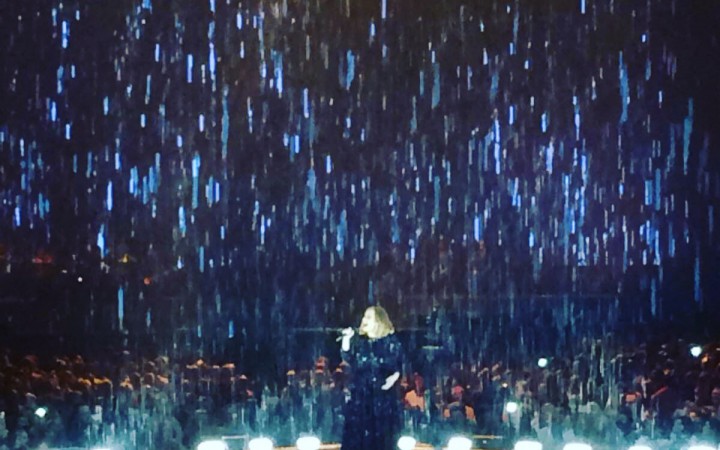 The performance of Set Fire to the Rain

Perhaps what makes her so starling is her modesty, as despite being a worldwide sensation she does not play the diva, also admitting to the public that her superstar life is not real and after enjoying the attention the tour has to give, she will go back to her normal life.

However, the Grammy winner did not feel ashamed to show her pride before performing the winner soundtrack Skyfall telling the crowd that whenever someone pays her a visit, “can I see your Grammy?” is the first question that pops up. 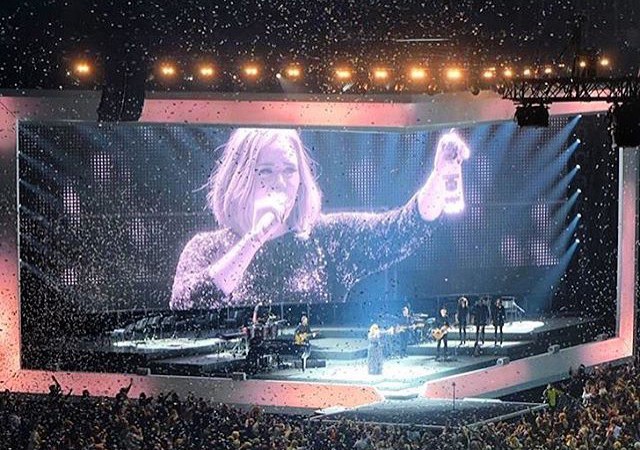 Often her songs sound more glorious live and less overpowering than it can sometimes sound on tape.

The delicate Hometown Glory from her debut album was one of the highlights even though at times it slowly got lost in the acoustics.

When We Were Young got the public singing at the top of their lungs while the projection rolled emotional never seen before pictures from Adele’s childhood.

The grand finale of the nearly three hours long show gathered thunderous standing ovations to her monster record Rolling in the Deep while an explosion of tiny hand written notes, with snippets of Adele’s lyrics, came down enough to cover most of the audience.

Honest and rich in uniqueness, Adele revealed the unmistakeable talent that has set her apart and helped her to win over her first of many generations of listeners by just by being herself.

Adele will be performing in London until Tuesday the 5th of April and will finish her international tour in Mexico on Tuesday the 15th of November.

All images by Milena Paraschiv