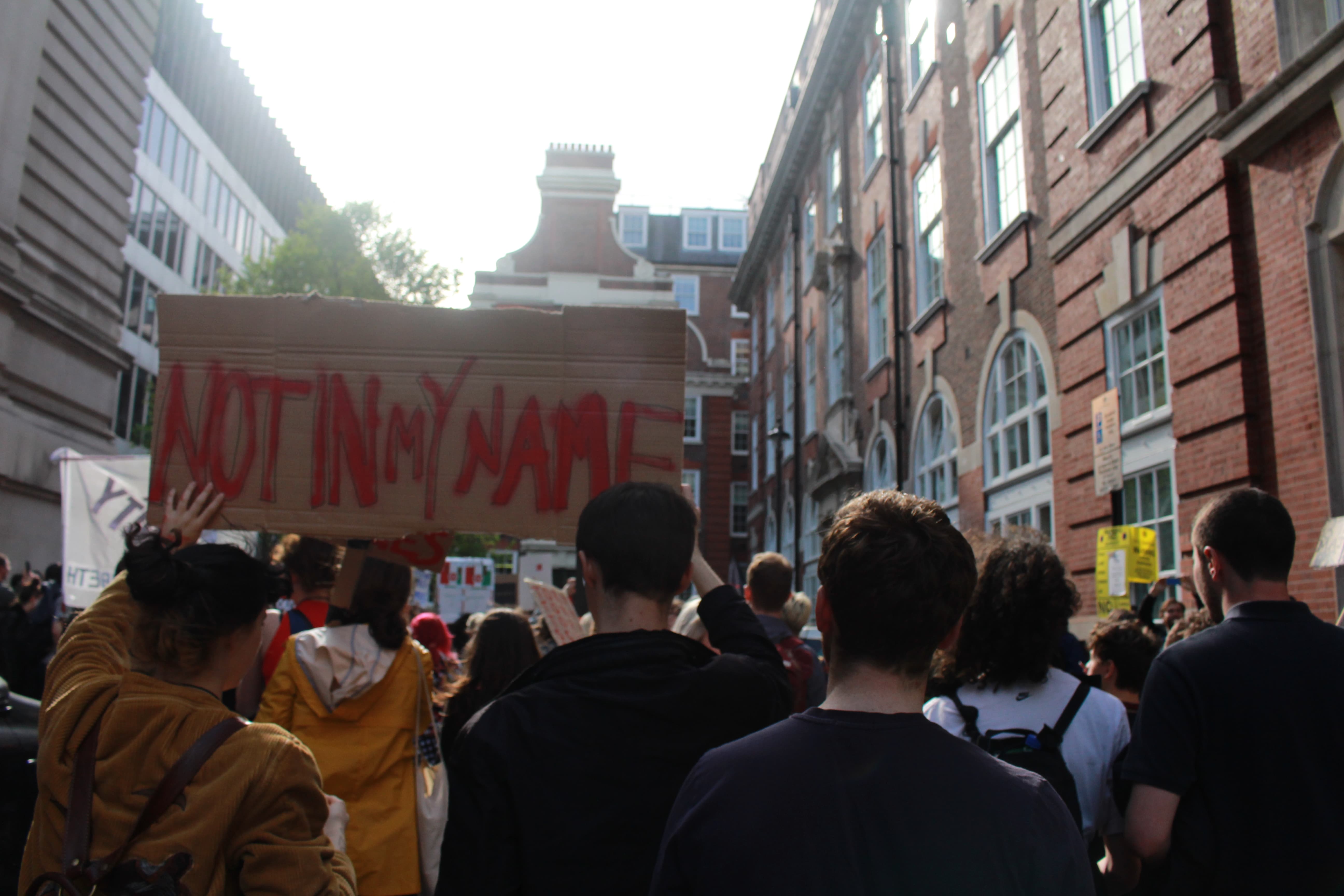 Last week the Conservative government moved to scrap maintenance grants for lower-income students, a decision which it argues it must make to reduce the financial deficit.

More than half a million students take maintenance grants in the UK and I am one of those students. The changes the government has implemented will clearly affect a large number of us, which brings into question why there was no debate about it?

The law was passed  by a dozen or so MPs without a House of Commons debate, which I am sure many would would have watched if they had known it was happening. The deal was made behind closed doors apparently to prevent large scale protests, like the ones we saw in 2010.

Like many other students I have a part time job to cover the constant expenses of university life. Grants pay my travel costs, books and all the resources needed for university – it is just enough to get by.

In 2010 when tuition fees were raised from £3,000 to £9,000, a major argument against the rise was that students from low income families would be put off of from going to university.

Skipping university would be a more attractive option rather than being stuck with a load of debt you would not be able to pay back until  you’re well into your 50s, or older.

However, at the time this was not the case. A report published by The Universities and Colleges Admissions (UCAS) in 2013 showed that 18-year-olds were 12% more likely to go to university.

Other reports have found that even though the rise in tuition fees resulted in a decrease in the number of male students from low income families. It is completely understandable why young people are being put off by going into further education – I have friends who have decided that it’s just not worth putting themselves through, the financial strain and instability of a future starting with more than £50,000 of debt.

Time and time again grades are used to justify the low numbers of good academic performances in students from disadvantaged backgrounds;  but results show that students from low income families are usually taught by teachers who lack the qualifications to teach in a private school, or one which is higher up in the ranks.

There is already an advantage gap in the quality of education.

Graeme Paton, the education editor of the Telegraph, wrote an article which stated that “an average of more than 20 pupils are currently taught in each secondary school classroom, meaning hundreds of thousands of children are likely to be in lessons led by “under-qualified” staff every day”.  What about the taxpayers who bettered their position and now have a job because of student grants?

On January 19, hundreds of university students protested outside parliament and blocked Westminster bridge whilst chanting “if you force us into debt, this is what you’re gonna get”, as the harsh reality set it.

Without the maintenance grant I wouldn’t have been able to afford travelling from zone three to my lectures everyday. #grantsNotDebt

As one student put it on twitter “without maintenance grants I wouldn’t have been able to travel from Zone 3 to lectures everyday”.

We live in a time in which education is being privatised, as is the NHS and welfare cuts are being made. We have heard many times from David Cameron and George Osborne that we are all in this together but it seems as if the young, the old, the disabled, and the sick are being targeted.

Our generation is being forced into debt by the government. It’s as if we are being punished for choosing to go to university, for choosing to better ourselves. We’re falling into the trap that is the myth of meritocracy.

Grants help students like me to stay on par with the rest and not worry about financial matters. Although George Osborne, the Chancellor of the Exchequer, justifies the decision his party has made by arguing that students would be getting more money. The loan may be higher, but it is still a loan.

When Osborne first proposed cutting student grants in the summer he told the BBC that there was a “basic unfairness in asking taxpayers to fund grants for people who are likely to earn a lot more than them”.

He then went on to say: “if we don’t tackle this problem, then universities will become under-funded and our students won’t get places and I’m not prepared to let that happen”.

A future without grants

There is no prospect of a guaranteed job, just a load of debt that puts you off entering the world of work. The cuts are bound to kill many individuals’ passion of actually working within a field that they enjoy – and not just thrusting themselves into a job they don’t like just to begin paying back their student debt.

The government tried to put off those from low income backgrounds by first scrapping exam retakes, then by bringing in more vocational subjects, introducing the £9,000 fees, and now by cutting maintenance grants. The £9,000 fee wasn’t an effective deterrent, but cutting grants might be.

A document released by the National Union of Students has showed that even though the government is arguing that it will be providing more money to students who are eligible for grants – in the long term they will be earning back more from lower income students.

The document also revealed that over a third of students from low income backgrounds would not have gone to university if they did not receive grants to support them financially. Megan Dunn, national president of the National Union of Students (NUS) said: “students are already facing rising amounts of debt when they graduate, so piling even bigger debts on the shoulders of the poorest students is extremely unfair”.

The cut was decided by a 17-strong legislative committee, in a move branded ‘undemocratic’ by critics. If the government is going to focus on making hard decisions, the argument is not strong enough to be punishing the young.

The government is currently cutting grants from students who will eventually contribute to the economy and pay take once they are employed. Shouldn’t the government focus on saving billions by tackling tax evasions from multinational corporations? Surely not from those who need grants the most. Not from those who are already paying £9,000 in fees and are already taking out a maintenance loan on top.

Sammayya Aafzal, who is the NUS women’s officer wrote on social media that “there are 1000s of students in my area who simply wouldn’t be in higher education were it not for the grant.”

There are 1,000s of students from my area who simply wouldn’t be in higher education were it not for the grant. #GrantsNotDebt #CutTheCosts

Cutting grants will widen inequality and reduce social mobility, particularly for those who are trying to be active members in a society which seems to be doing its best to hold them back.

Hate the Tories? This is the brand for you

How generation debt is fighting back