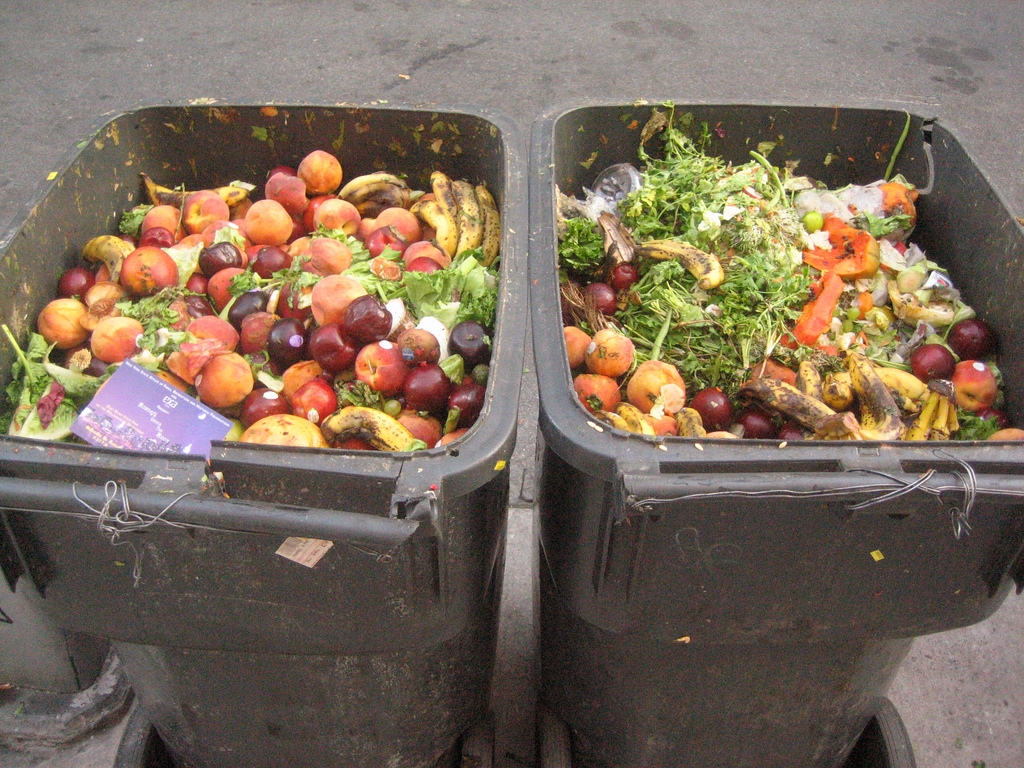 In December, France passed a new law banning supermarkets from throwing away food in an attempt to reduce the waste in the country.

The ban follows alarming reports from the European Commission on food wastage and hunger in Western nations.

The legislation will force businesses with retail spaces of 4,305 sq ft or more to donate the food that is close to its best-before date to charity and NGOs or to turn the food into animal feed or compost, instead of throwing it in the bin.

Supermarkets sometimes throw bleach on unwanted food to make it unfit for consumption. This practice will no longer be allowed under the new French law.

According to the European Commission’s latest study on food wastage, Britain has the highest level of food waste, with an average of 13lb of food a week for each household.

Most food that is thrown away are vegetables, fruits and cereals due to their short life spans. Meat and chicken are also thrown out quite often.

The recent numbers given by the government figures on waste are appalling.

UK households are still throwing away 4.2 million tonnes of avoidable food waste and drink every year, the equivalent of six meals every week for the average household.

What is being done?

Susie Haywood works at FareShare which is a food redistribution charity.

She deals with ‘the insiders’ of the food industry such as growers, pickers, manufacturers, transporters and retailers, “to help them reduce their food waste and give good surplus food to us so we can pass it on to over 2200 charities and community groups around the UK.”

Haywood told Artefact that more and more supermarkets are willing to donate inedible food to charities.

“The majority of food waste actually comes from domestic households. Because of this, it’s great that the public is becoming more aware of what they can do to reduce their own food waste, and recent programmes like Hugh [Fearnley-Whittingstall]’s War on Waste definitely help to demonstrate that we should all only buy what we need.”

Towards a UK waste reduction bill?

Politicians and businesses are being pressured to reduce the level of food wastage in Britain, with the recent Private Member’s Bill introduced by Labour MP Kerry McCarthy.

Currently waiting for the second reading at the end of January, the bill follows similar ruling than in France and Belgium, banning supermarkets to throw away the unsold food.

At the moment, supermarkets have a voluntary agreement with the British government to reduce food waste, but critics say this is not enough to avoid food wastage in the country.

A British start-up tried to change the issue of food wastage with a foodie app.

Olio is a free app which connects locals with each other, whether individuals or businesses to exchange or give away their fit for consumption surplus food.

To make food available to other users, you add a photo and a short description of the item, and when and where the food is available to pick-up. Voila!