The first thing I thought when I stepped inside the Savoy Hotel was that I felt out of place.

By the river entrance, two golden staircases spiralled upstairs and I was led to a hall with crown moulding and ceiling frescos of cherubs. The golden chandeliers cast a warm light on the rows of designer garments.

The perfect backdrop for what would be Ozwald Boateng’s explosive return to London Fashion Week (LFW). 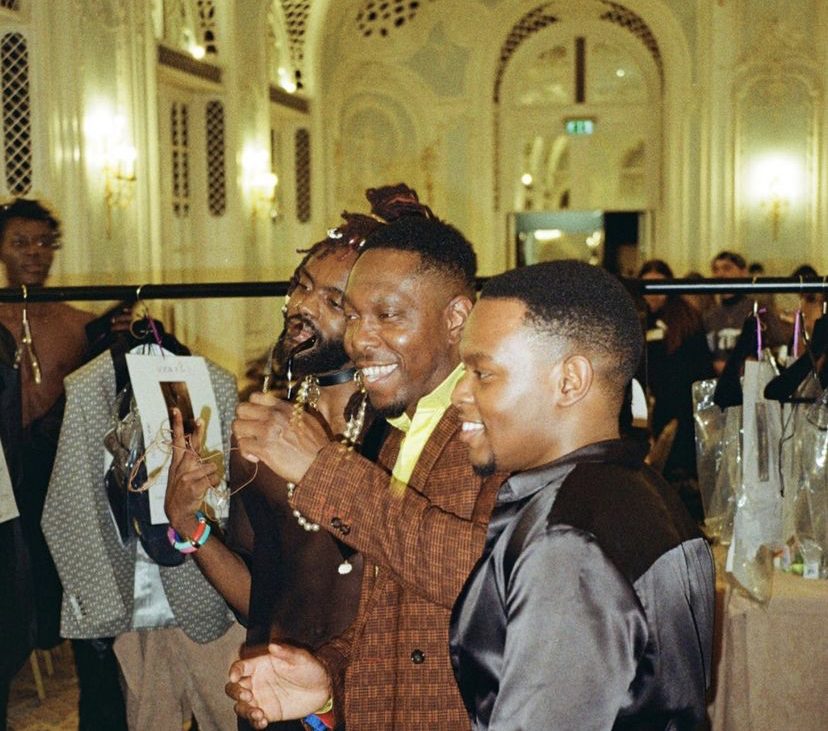 Dizzee Rascal posing for a picture at London Fashion Week

The first (and so far only) Black tailor on Savile Row, Ozwald Boateng first opened his boutique in 1994, fully moving to Savile Row in 2002.

He uses a modern iteration of classic bespoke tailoring, fabrics and patterns which pay tribute to his Ghanaian background as well as various African cultures – something he once received “criticism” for.

Boateng’s incorporation of African and Black culture into his designs — whether it be through his use of kente or the patterns* with which he adorns his pieces — have cemented him as a titan of the fashion industry.

Despite a long and illustrious career, designing for numerous productions and celebrities alike, his 12 year absence from LFW was felt, and many waited in excited anticipation for his return. 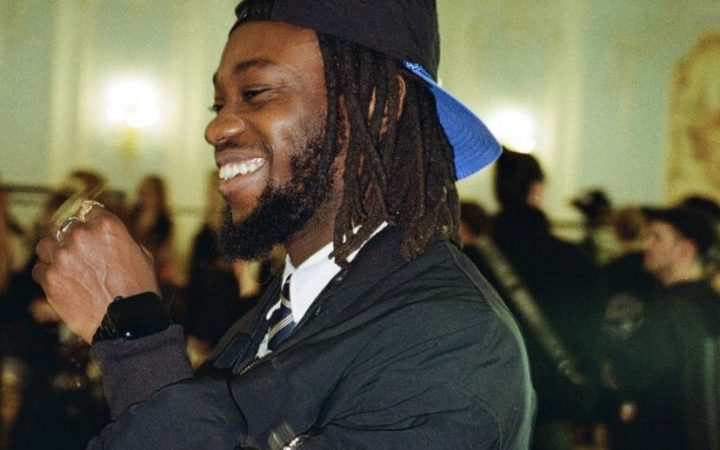 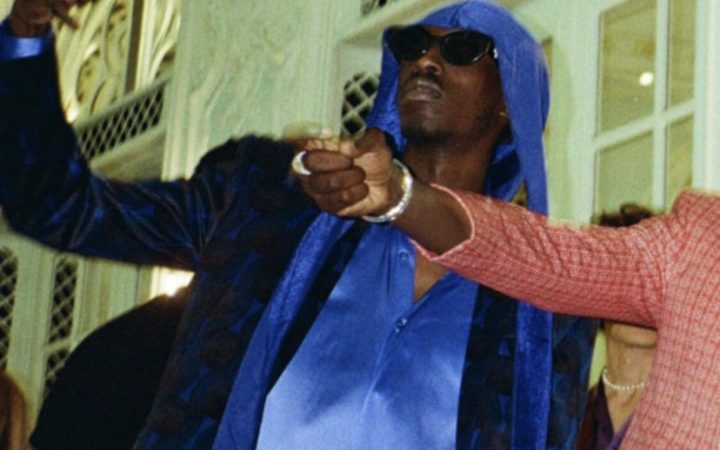 It was before the models arrived. The green room and backstage were filled with volunteers and crew members buzzing in and out, sipping coffee and making anxious chatter about the tasks at hand.

I was quickly escorted towards the silk garments and handed a steamer. As we went through each and every piece with care and tension, Boateng appeared, ready to start showing the press his collection.

Boateng has the kind of presence that makes everyone else in the room sit up a little straighter, but rather than bringing an atmosphere of tension, his own self-assurance seems to relax everyone else, as though his confidence has rubbed off on them as well.

I scurried back stage to start greeting models as Boateng excitedly showed off his collection. Hurrying through a labyrinth of halls to get to the front, I saw blurs of all black uniforms walking as quickly as I was to attend to their variety of responsibilities.

A 16 year-old who would be making his first runway debut expressed his nerves as I showed him the way to the backstage.

The words of encouragement I tried to give him were, I confess, partially words I needed to tell myself as well. We could only hope that in the end they would work for both of us. 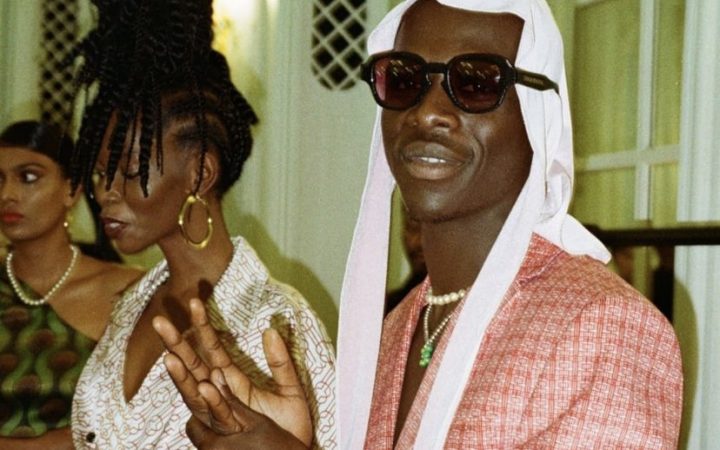 Behind the scenes at London Fashion Week

The models rotated in hair and volunteers sat excitedly discussing our day and speculating about the alleged celebrity guests.

“It doesn’t feel real being here. Like, I don’t think I’m gonna process this until tomorrow.”

Many of the volunteers came from a similar vein of creative and educational background as myself. They are young creatives, hopeful designers, creative directors, producers and stylists.

Like many marginalised people in the arts, we had all previously felt the sharp sting of trying to get ourselves into spaces that weren’t designed with us in mind.

To look around and see not just volunteers or models, but nearly everyone involved in the creative process of the show being of a marginalised community, being a part of something that celebrates Black culture on that scale, was something hardly any of us had seen before. 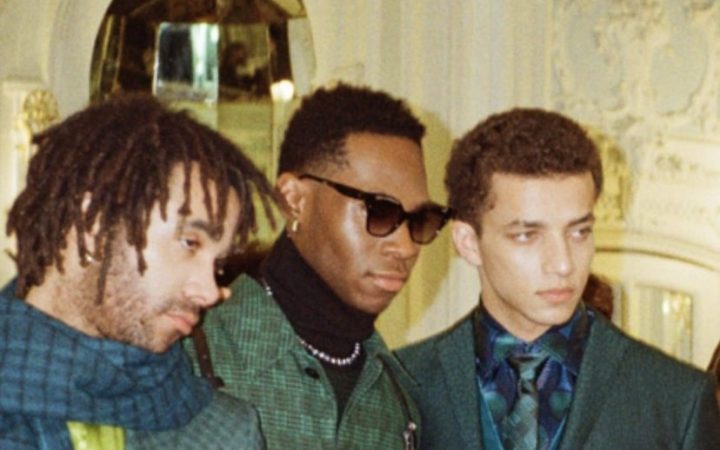 Since its fruition, the fashion industry has been notoriously exclusive. Boateng has been no stranger to fighting his way through an industry he was told he couldn’t belong in unless he fit a certain mould of what a designer should be.

By doubling down on the pride for his culture, Boateng managed to open the door and knock the wall down. He, and others like him, paved the way for a younger generation of creatives to make our own way in spaces which we once were not allowed in.

”Calling it diversity feels like an understatement,” one of my fellow volunteers observes. We joke with one of the models, “the white people are the tokens this time,” in reference to the almost reversal of roles which seemed to be occurring in the room. 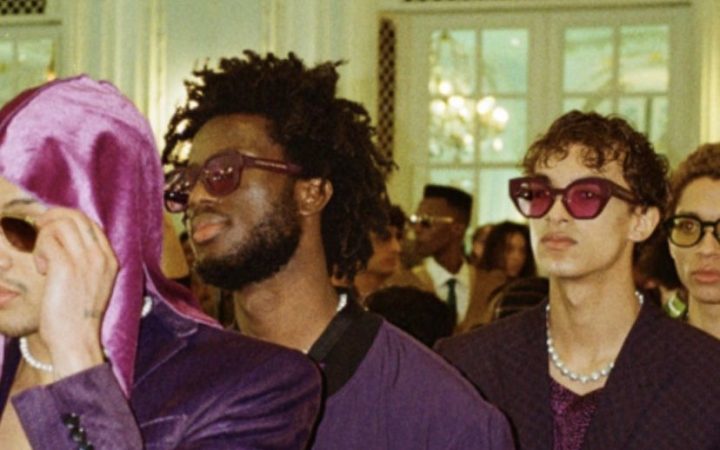 The models started to take their places in the lineup and here we could see the artistry of Boateng’s new collection. Rich colours and flared silhouettes called back to retro fashion, with the structure of the garments reflecting a futuristic quality.

“Boateng’s experience as a tailor really shines,” one volunteer, a design major, points out as she shows me the admirable handiwork of the stitching. Intricate traditional patterns with oversized sunglasses, velvet durags and pearl necklaces, this Afrocentric take on retro futurism was something very unique to the runway for many of us in the room.

However much we had anticipated the show, it managed to exceed our expectations in every way. The Savoy Theatre was the picture of opulence, and Boateng did not fail to put on a show.

Beginning with a spectacular drum solo, the garments and choreography came together wonderfully and the models did a spectacular job of showcasing them; the runway brought alive the live brass band.

The show from beginning to end was a love letter to Black culture. The runway was closed by Idris Elba as a surprise guest and the show culminated in the finale, which was all the models gathered in a mosaic of a wonderfully told colour story with a gospel choir’s heavenly rendition of Soul II Soul’s Back to Life.

The audience on their feet, by the time the volunteers made it back to the dressing room we could still hear the cheering. 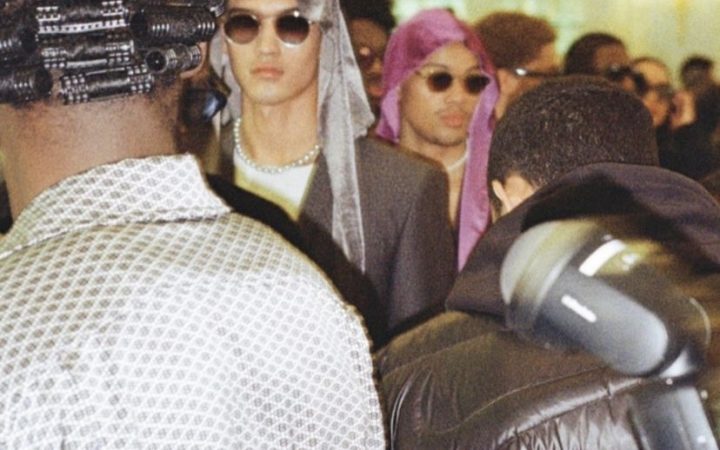 Models taking to the catwalk

We scrambled around the dressing room, weaving our way through models and crew members crying and hugging each other, celebrating this monumental achievement. It was all we could do to try and soak in our pride while still doing our jobs.

Although that next hour is a blur, I remember spotting faces I’d grown up seeing on silver screens and shaking their hands. The likes of Ncuti Gatwa, Unknown T (who walked in the show), Dizzie Rascal, Andy Serkis and Akon were only some familiar faces. I remember expressing what I hope was a not too over-eager gratitude.

I remember congratulating the models while simultaneously trying to get them to change back into their street clothes.

In the centre of it all was Mr. Boateng himself who despite all he had achieved, not just in those last few hours but in 30 years, still carried himself with excitement, grace and humility and treated everyone he spoke with with reverence and kindness. 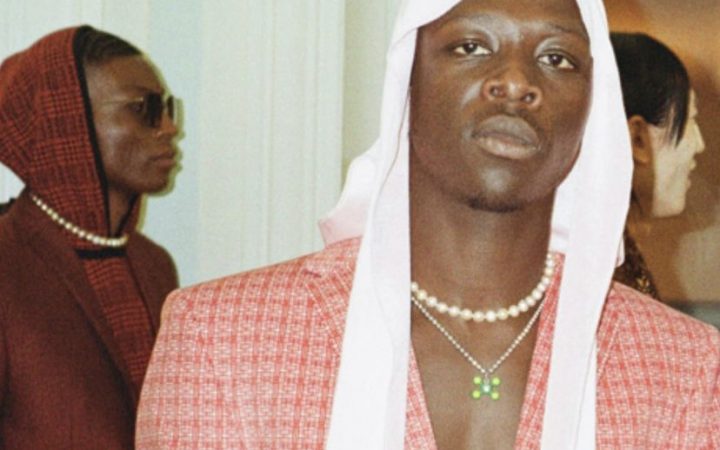 Boeteng’s designs included a range of headscarves and blazers

While it was a shame to see such beautiful garments being zipped up into black clothing bags, I couldn’t help but feel excited about how this collection might seep its way into influencing fashion in the future.

We exist in a very polarising time with a lot of tension between different people, and to have space, even for a few hours, where people not only acknowledge but celebrate a culture alongside with those who are born into it, offers respite and hope for the future. I could not be more grateful to have helped work on something like that.

We all waited outside the entrance for our Ubers and other transport in a starstruck daze, and while my brain would still be reeling from the events of the day, my entire bus ride home consisted of mostly one thought.

“If this is the future of fashion, I’m excited to see where it’s headed.”