Global warming: Is the Paris deal enough to save the planet? 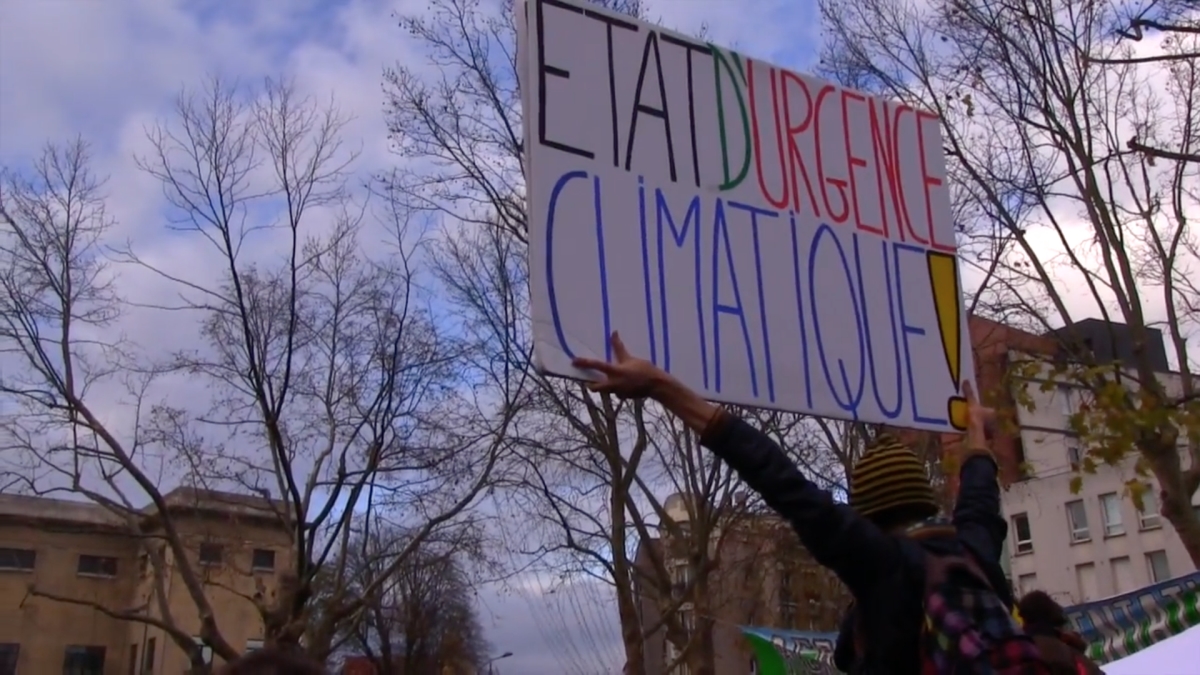 Last December world leaders gathered in Paris to negotiate a deal to keep global warming below 1.5ºC and 2ºC.

The agreement was an important international diplomatic achievement, getting more than 190 politicians and heads of state to sign up for action against climate change.

International press brought a positive coverage of the work from the President of the Conference of Parties (COP), France’s Foreign Minister Laurent Fabius, who managed to settle the historic deal between nations despite the initial difficulties.

“We need to look for concrete measures now,” Laurent Fabius said. “I think that will arrive. The shift [to tackling climate change] has been made now, and there will be no turning back.”

Fabius wants world leaders to ratify the agreement so that it can be enshrined in international law.

“We need to look for concrete measures now”

Nations which are producing more than 55 per cent of global carbon emissions must formally sign up the deal before the Paris agreement can be made official.

There will be a United Nations meeting in April in New York to complete what has been promised at the COP21 in Paris.

The 2009 Copenhagen summit was seen as a failure, after poor and rich nations refused to have emissions targets imposed on them.

Economic growth and development were the main arguments not to sign up to concrete measures to reduce each nations’ carbon emissions.

This time in Paris a system was created to avoid this issue; the Intended Nationally Determined Contributions (INDCs), which is the basis of the deal to keep the world’s temperature below 2ºC above pre-industrial levels.

Under this scheme, nations will have to submit their plans to limit their post-2020 carbon emissions, nations will be legally required to submit an emission reduction target and the updates reviewing that goal. Yet the targets set by each nation will not be binding under the Paris deal.

“As far as I am aware, the measures proposed would not keep warming below 1.5-2.0ºC. I believe the estimated rise is 2.7ºC,” Dr. Roger G. Barry tells Artefact, a science professor at the University of Colorado.

A number of other renowned scientists and academics have warned of the inadequacies of the deal to reduce global warming.

The warning was made after an assessment was published during the summit, indicating that the INDCs emissions reductions proposed by nations was not enough, as it would reduce global temperature rise by 2.7ºC, well over the 2ºC limit.

For climate change scientists and NGOs, the reality of the problem has not been properly addressed, leaving the Paris deal as another failure in the history of the United Nations climate summits.

Dr. Neil Leary is the Director of Dickinson College’s Center for Sustainability Education and recently led Dickinson’s delegation to COP21 in Paris. He has conducted research on climate change risks and policies for 20 years. He sees the deal as inadequate to the climate crisis.

“That horse has already left the barn.”

“The Paris deal is an important step in what will be a multi-decadal effort to battle climate change,” he tells Artefact.

“But it will not prevent climate change. That horse has already left the barn.”

This means that radical action is needed to avoid the irreversible damages global warming will bring to the planet.

“The world’s climate is already changing and will continue to change due to the greenhouse gases that our use of fossil energy and other activities have put and are putting into the atmosphere.”

Like many other scientists, Dr. Neil Leary is concerned about the weakness of the deal when faced with the consequences of climate change.

“This reality is recognized in the Paris deal. The parties know the deal is not enough.”

This is why nations have agreed to the INDCs, to regularly review their goals and commit to a more ambitious long-term decline in producing carbon emissions.

With the latest assessments from scientists suggesting the deal isn’t enough to reduce global warming, will this new INDCs system work?

“That depends on whether good faith efforts are made by the nations that are the largest sources of greenhouse gases, which requires political support at home. It also depends heavily on actions by private sector actors and public sector actors at local and state levels,” says Dr. Neil Leary.