The UK and refugees 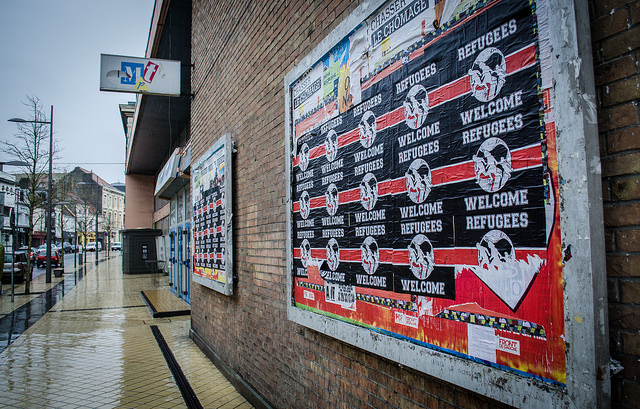 A talk was organised at the University of the Arts London on the 14th of January 2016 by the Student Union Campaigns officer Anastazja Oppenheim, to inform students about refugees and how to help them.

Emily Crowley, the Deputy Director of Student Action Refugees (STAR) spoke on the many things refugees go through and why the British government isn’t doing enough to help.

According to United Nations High Commissioner for Refugees, “the population of refugees and pending asylum cases and stateless persons made up just 0.24% of the population at the end of 2014.”

That’s 117,161 refugees, 36,383 pending asylum cases and 16 stateless individuals. Countries like Turkey and Lebanon are taking in approximately one million people.

At the talk, Crowley said that “asylum-seekers are people who have been forced to leave their own countries and have asked permission to stay in the country [England].”

However, it seems as though in this day and age people now use the word ‘asylum seeker’ as though it is the filth or scum between their feet.

“The problem is that the majority of people who read or hear the word ‘asylum seeker’ don’t even know what it means. They just seem to have a general prejudice against those people.” 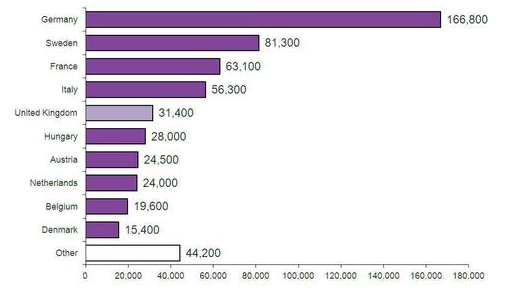 Emily spoke of how asylum seekers  receive £36 a week and that they are not allowed to work, but they are given houses.

She added that 86% of countries hosting refugees are developing countries: “European countries do not even come in the top 10.”  According to UHCR “In 2014, the country hosting the largest number of refugees was Turkey, with 1.59 million refugees.”

People are not allowed to work and their kids cannot go to school, yet they came to England for a better life and this is all they get.

Crowley said “People are trying to get to Europe because they think there is no future for them in the country they are in, but Europe is making their boarders tighter and people are dying.”

There are people who need access to leave their country in order to be able to get to another country, but there aren’t many countries stepping up to help.

There is no way of seeking asylum outside the UK, which is why people have to use illegal means to get into the country in order for them to seek asylum, such as hiding in stowaways.

Many of these people that do make it to the UK are unable to speak English, therefore unable to plead their case on why they should be given asylum.

Emily made a point that at times the government decides that some people should no longer be in the country, but at the same time they are aware their countries are still unsafe for them to return to, for example what happened to people from Zimbabwe: making them poor, unable to work and homeless. They are just left there to fend for themselves as destitute.

Emily spoke about how the government will continue to do nothing until they see the public become more interested in the refugee crisis. When people saw the lifeless body of child washed up on the beach after trying to flee his country, they showed concern and the government seemed to act on that but since then concern has reduced.

She then went on to say “after the Paris attacks,  49% of people have decided they think the government should take less, or no refugees.” According to Emily, the media also has a hand in this because they put their own spin on things making things look worse, spinning the public’s opinion and making them see things in a bad light. 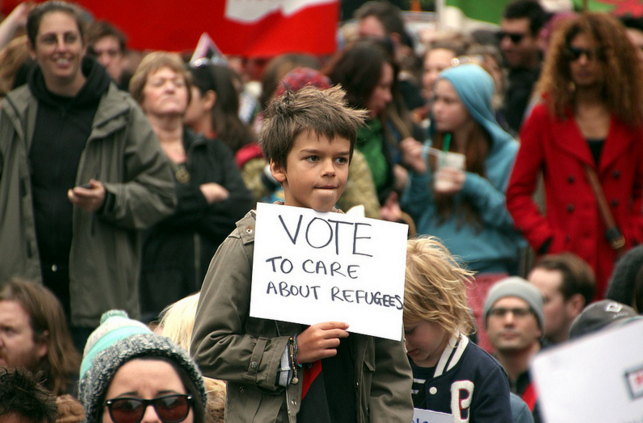 Emily made it clear that some universities are making big announcements claiming they are going to help the cause, just for the sake of the media coverage they will get at that time.

At first they are giving large bursaries out , but on going back to see the results, STAR are made aware of how the universities are slowly dropping the amount of bursaries they are distributing as time goes on.

Emily mentioned how important it is for universities to help, because there are people there that have families in other countries and it would be nice for the government to be able to allow the students’ families to finally be reunited with one another.

STAR is a national charity of 13,000 students welcoming refugees to the UK. They volunteer at local refugee projects, campaigning to improve the lives of refugees, educate people and organising fundraisers to welcome refugees.

STAR is made up of over 30 groups at universities across the UK and a national team, which co-ordinates and supports the group. STAR groups are student union societies that are affiliated with the charity.

The charity is governed by STAR’s Board of Trustees, elected annually by the students themselves.

Crowley mentioned that “there are volunteers around London, contributing to help these refugees. There are people that need help, they are in a new country and just like anybody arriving in an unfamiliar surrounding, all they want is help. They need things like clothes, shoes, food and even simply being nice to them would do them some good.”

Petitioning, quizzes, die-ins, candle lit vigils: all of these are ways STAR attempt to raise awareness.

An interesting idea that was had was ‘craftivism’, where people make origami boats and write facts on them about the refugee crisis and leave them around their universities.

A more recent idea mentioned was that this year STAR want to make as many mini boats as the people who died last year trying to flee to another country, and send them to David Cameron.