Well, that was awkward 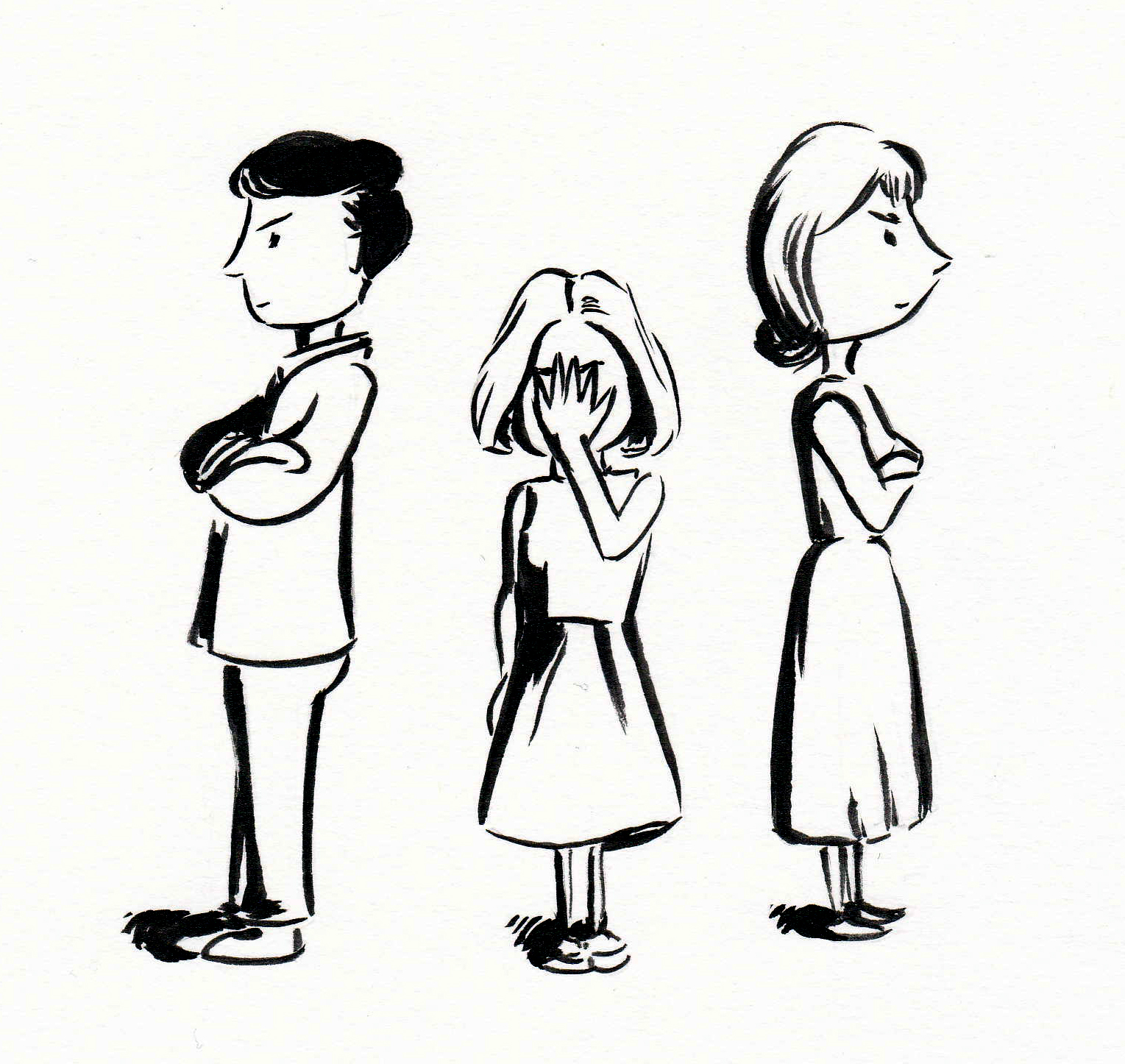 We have all experienced an awkward moment in our life whether it be saying or doing the wrong thing to those silences with another that makes your skin crawl but I promise it is nothing compared to the awkwardness at an event with recently-divorced parents.

Awkwardness comes with unfamiliarity and occurs more frequently around those who you may not know very well, so when it comes to awkwardness with familiar faces it’s an experience you won’t forget.

With divorce rates being so high, in fact according to the Office for National Statistics they show that 118,140 marriages ended in divorce in the UK in 2014, it means that it has become somewhat of a norm for parents to be separated and for the youth of today the idea of divorce has turned from shocking news to “yay…two Christmases!”

However, when you have two people who have raised you together in the same room and will not even talk to each other, it is a lot worse than you think, and let me tell you more than one Christmas sucks.

Rachel Callaby, a psychologist based in London, who has had past experience dealing with children who have divorced parents tells Artefact: “It is not uncommon after divorces for parents to fight over their children’s attention, at the early stages when things are being settled and worked out most parents believe that you should take sides and support them individually where as in reality that should not even be an issue as the children should be kept separate. Unfortunately it never works out like that and the children are left to deal with a lot more than they should have to.”

Recently my brother graduated which meant that my two parents had to get together for the first time after their separation, which led to weeks of preplanning trying to organise a situation where they could be at the same event but not have to see each other.

The day began with taking photos of my brother in his robe and the silent, heated competition between each parent for who could get the most photos, with one parent even resorting to posting on Facebook straight away and constantly checking and updating me about the amount of likes and comments they were receiving, as some would say “21st Century problems”, which lead to snarky laughs and mumbled daggers from the other.

Tension building and me beginning to feel like I am standing in the middle of a battle ground waiting for the general of each side to command their soldiers to attack, knowing you will get caught in the cross fire.

During the actual ceremony contrary to plans I ended up sitting in the middle of my mum and dad having to carefully split my conversation equally between them both in order to eliminate any “favouritism” in their minds.

At this point the awkwardness was bursting at the seams until suddenly my brother’s name is called to go on stage and receive his certificate, if you can imagine an old school cartoon begin to run winding up their legs and leaving their body behind you would have the image of my parents competing for the first to arrive to take a photo of my brother. All I could do was rest my head in my hands and pray for this to be over soon.

After the ceremony was drinks and sandwiches and all I wanted to do was take my mum a million miles away from my dad so the awkwardness would stop, but as they say “time flies when you are having fun” and I definitely was not having fun.

If the day could not have been any more awkward they found a way to do it, if one of them would ask a question the other would then repeat it so that me and my brother would answer it to their faces and not have to hear it second hand.

I bet it looked as if my brother and I were watching a game of tennis with our heads moving from left to right to engage with each parent’s questions individually.

Talking to students around University of the Arts London it seems as though I am not the only one who has experienced such awkwardness, with Jennifer Donovan a 22-year-old student telling Artefact: “I think that every situation where they have been within five metres of each other was awkward even though there was no communication between them of any sort.”

It also seems as though opinions once had about the subject altered after actually going through it yourself with Jennifer Donovan going on to say “that society today takes it very lightly as it is becoming more and more common for couples to go through with a divorce so it’s more socially acceptable, which I think is wrong because as well as it affecting the people in the relationship, it primarily affects the children. My parents got divorced when I was a teenager; I feel that as time passes I have become more understanding of the reasons behind the divorce and less hatred towards them for doing it.”

Rachel Callaby agrees: “The stress that a child can go through during moments like these can have serious results as it can lead to depression and anxiety. In older children, they have more of awareness of what is going on around them and can cope with these situations a lot better, however, the strain it puts on them can be easily avoided and so it should be.”

Divorce is never easy, whether it be for the children or the parents themselves. In some cases such as Jennifer Donovan she looks at it as though her parents are better off “because it was unpleasant living with parents who did not get along and were constantly arguing with each other, which made ‘home’ a very stressful place to be. As well as this, having parents who are divorced it makes you want to never have to put your own family through it.”

However, if it were up to me in terms of my situation, I would love to turn the clocks back and fix the issue and totally avoid any other awkward situation in the future.