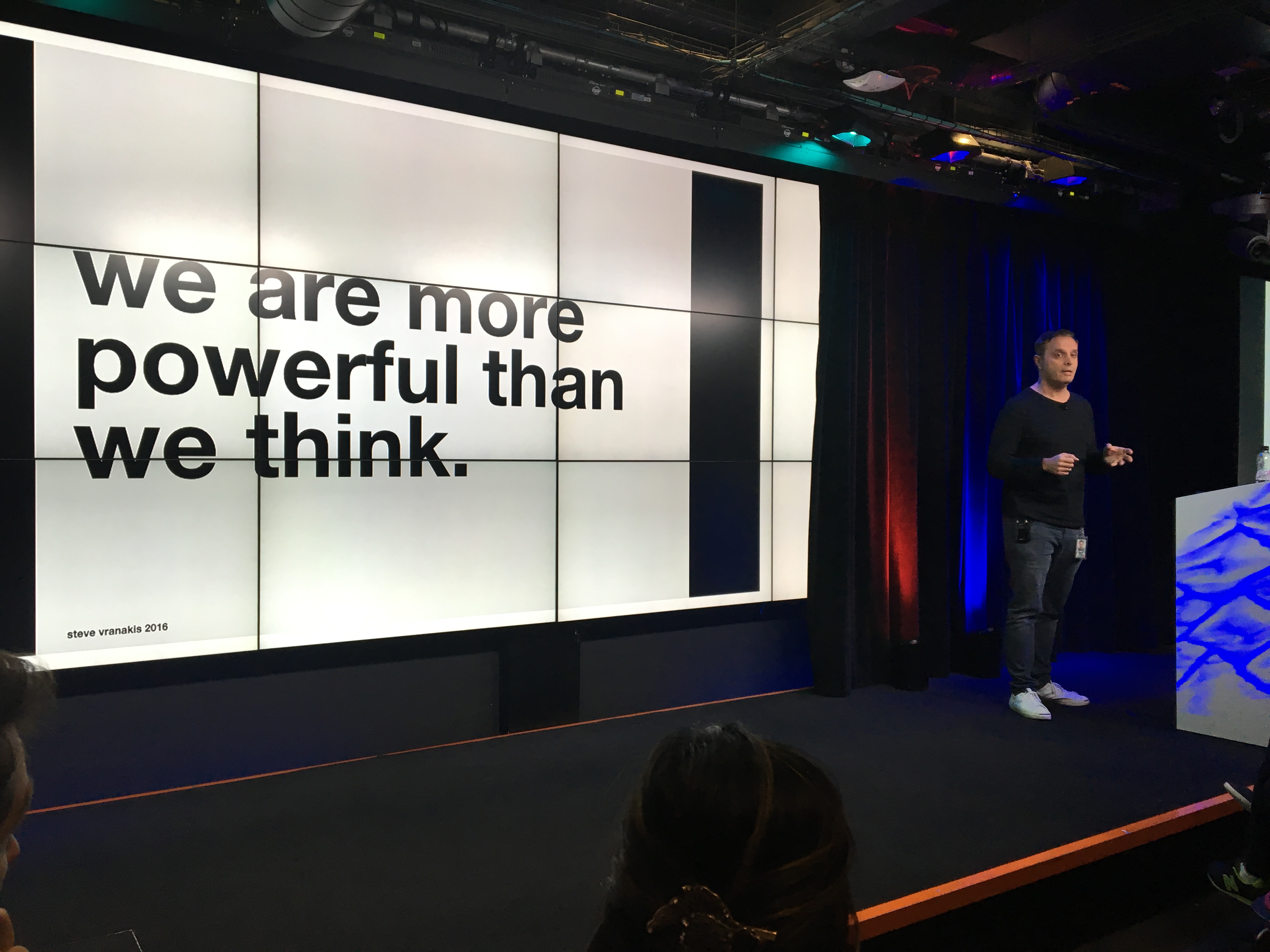 The refugee crisis has been an ubiquitous topic in the media for years, however looking for ways to get involved and help people directly often proves to be a complex affair.

On October 10, Unicef NEXTGen, together with Techfugees, organised an event at the Google offices in London which brought together inspiring people and ideas, aiming to inform and engage everyone who is interested in making a change.

The main theme was the role that technology plays in alleviating the refugee crisis; from humanitarian outreach to reporting, programming to fundraising and much more.

Unicef NEXTGen is a global Unicef initiative bringing together diverse groups of young professionals who are committed to helping transform the lives of the world’s most vulnerable children.

Founder Layla Yarjani explains that “Next Gen is all about allowing professionals to give to Unicef in the way that works for them. Fundraising is very important but it’s not the only thing we can give. We can educate ourselves, write to our MPs to influence policy, and support Unicef with our minds and skills.”

The Director of Google Creative Lab Steve Vranakis delivered an inspiring opening speech, followed by Unicef’s Head of Emergencies Ara Yoo talking about their response to the refugee crisis.

The event was rounded off by a panel discussion featuring Josephine Ghoube of Techfugees, Katrin Macmillan from HelloHubs, Richard Thanki from Worldwide Tribe and CEO/ Founder of Little Bridge Emma Rogers.

Steve Vranakis is a dyed-in-the-wool digital creative; he has been in the business for over 20 years and worked for some of the best creative agencies in the world.

With Google Creative Lab he realised that a number of projects that give back to society by applying technological knowledge to a humanitarian problem in order to help solve it.

He introduced himself not just with his name and job title, but as a human being and a father of three.

In a moving account, he told of how, when he had to travel to Lesbos for work, he saw more than 30,000 refugees at the harbour, including children sleeping rough.

“Practice altruism, every day and not just at the end of your career”

After his return from Greece, he and his team developed a simple website, refugee.info, in Google Docs that updates in real-time which helps keep refugees safe and provides them with information about borders, emergency contacts, asylum, legal options and much more.

The website loads fast, is translated into Arabic and Farsi and has helped more than 100,000 refugees to date.

Steve’s message was clear: “It’s about empathy: If you can understand the hardships people have to endure on a day to day basis, you can start to build a connection, and you can develop ideas and put them into practice in order to help them. Practice altruism, every day and not just at the end of your career.”

Hard facts and clear words were shared and spoken by Ara Yoo from UNICEF: “What is the refugee crisis? It is a global issue,” she says, “that involves 65 million people; stateless people, misplaced people.”

When we talk about the refugee crisis, we usually mean the one that has reached our shores, the one that the news is portraying, the one we are mainly concerned about because it’s closer to home.

“1.3 million people made their way to Europe. To put it into perspective: Europe hosts 6% of the total number of refugees.”

First, we need to understand the basics, explains Ara, and that is that the refugee crisis is a consequence of something bigger:

“We need to eliminate the epicentre of the problem: the war; because without the war in Syria there would be no need for 50% of the population to leave their homes because of risk of life,” she says.

Ara believes that we need to understand that war is not inevitable, but civilian deaths are.

Because even war has rules, and they have to be followed. The widespread and constant bombing of homes, hospitals and schools is a war crime and has a universal jurisdiction.

“In Eastern Aleppo, 250,000 civilians are being systematically bombed because there are potentially 8000 fighters in the area – that makes 3% of the population; that is a crime against humanity.”

The last point in her speech was the important fact that the intervention of Russia in the Syrian crisis has been a total game changer because they are using advanced missiles, so-called smart bombs: “This progress in technology kills [many] more people, and the Syrian population loses trust in technology.”

The third part of the evening gave some insight into different projects that have been realised to help refugees with technology. 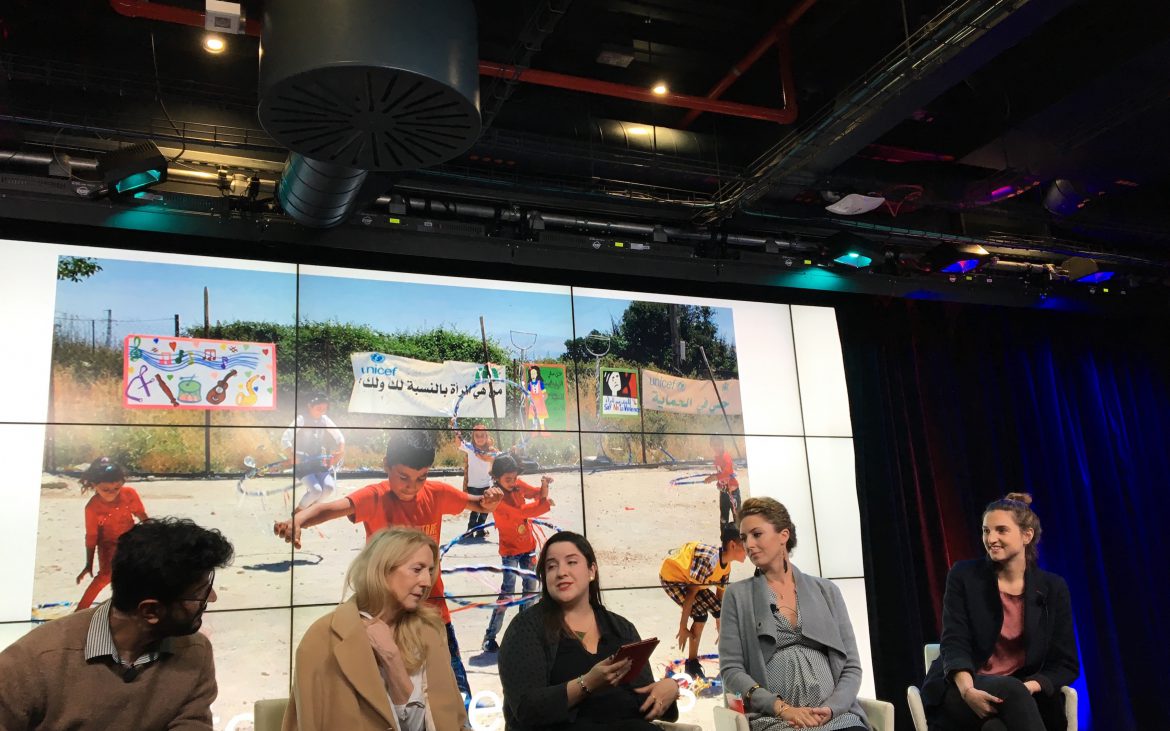 Co-host of the evening Techfugees functions as a platform to bring together tech professionals to generate tech solutions that can help refugees. Josephine Ghoube explained: “We believe in technology skills, so we provide tech support. We want to connect people so that ideas can be brainstormed and realised together.”

Katrin from Hello Hubs outlined the idea behind the enterprise she is working for: “We developed wifi enabled computer hubs that are community-built, off-grid internet kiosks for education and development. This means that we don’t show up, build the hubs and disappear again. They are designed to be built and maintained by the community with materials they have access to. We want to help communities to become self-sufficient.”

In another example, Richard Thanki from Worldwide Tribe, a charity that aims to bring together a community of international citizens to find solutions together, discussed one of their latest projects.

“We are trying to find the cheapest and most creative, most “hacker” way to bringing wifi to situations where refugees and volunteers need them. We started working in Calais and worked in Lesbos before. We’ve had some great success with flower pots and water pipes,” Thanki told us.

Founder of Little Bridge Emma Rogers emphasised the importance of communication, so her main concern was to help children speak english in order to communicate and integrate themselves into new societies and cultures after fleeing their home: “We at Little Bridge don’t know exactly what we are doing in terms of refugees, but we are good in our technological field and are applying it to the problem.”

Emma mentioned the same idea Steve had earlier this evening, and that is not shying away from a problem you are not an expert in: your tech skills can be of use in this crisis, and there are many ways to apply them.

This evening was judged to be a success: every single speaker gave invaluable insight into their incredibly inspiring projects and it opened up discussions about how to tackle the crisis not only from a technical point of view, but also from an ethical point of view.

The event was a lesson in empathy and a discourse on how some fixed thought processes and understandings we were conditioned from our society can and have to be broken up: we are all one big community.

It is not ‘their’ crisis, it is ours. We need to work together, and each and everyone can do it with the knowledge and tools we have at this point in time.

All the speakers agreed on one thing, it’s for everyone to start working together.

Is Bill Gates the most vilified man in the world?