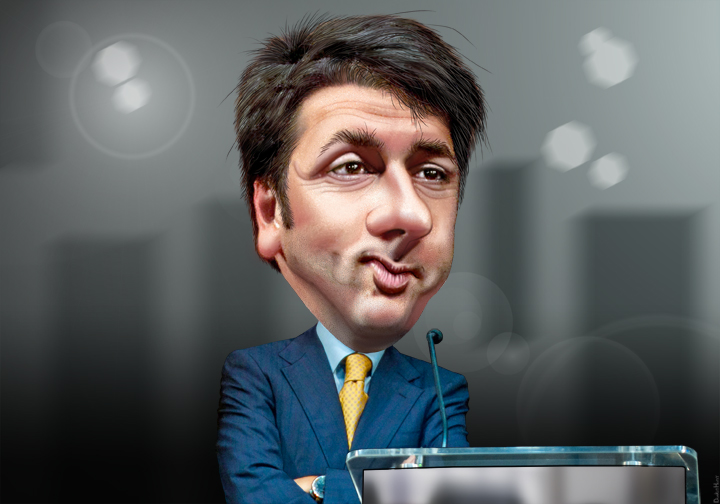 On Sunday, December 4th, voters in Italy go to the polls in a constitutional referendum that could drastically change the shape of the Italian parliament.

This event hasn’t received much attention and coverage in comparison to the US election, but it might result in major macroeconomic impacts on the world.

The ‘Renzi-Boschi’ constitutional reform is a proposal by the Italian parliament to change the Constitution.

The draft for the reform was first presented by the government of Matteo Renzi in April 2016 and proposes a profound change in the way the parliament is run, by deeply reforming the Senate, and reducing the number of senators.

This would reduce the power of one of the two chambers and potentially eliminate the system of ‘Perfect Bicameralism’ that Italy was so proud of.

Under this system, both chambers, the Senate and the Deputies, had to agree the exact same version of a new act for it to be passed into law.

The proposal suggests that the new Senate would be cut from 315 members to just 100, and that the Chamber of Deputies would therefore be the only authority able to challenge and to hold the government to account.

Such changes to a vital principle at the heart of the Italian Constitution have been harshly criticised by the opposition and many legal experts as it is believed that it may put too much power in the hands of the Prime Minister.

While it would mean the ability to pass laws more easily and quickly, the reform has also been criticised to be ‘a threat to democracy’.

This December’s referendum is at the same time the third of its kind in the Italian history and a huge gamble by prime minister Renzi.

“Renzi’s goal is to pass into the annals of history as the ‘Great Reformer’ or the ’21st-Century-Constituent’,” Guglielmo Forges Davanzati, professor of Political Economy at the University of Salento, said.

Professor Davanzati claims that the vote is an attempt at reforming the substantial relationship between state and market in the Italian economy.

However he believes: “It is extremely difficult to say that it is just a ‘sovra-structural’ move aimed at modifying the balance between the two chambers.”

Some believe that Renzi has more reasons for wanting this referendum to pass, given that it is, in fact, derived from a previous change, made two years ago, to the Article 81 of the Italian Constitution.

The new text establishes that the Italian State is committed to keeping a balanced budget: “It becomes constitutionally guaranteed and so it fosters a particular economic theory: liberalism, because it is believed that the State should aspire to reduce the public spending,” Davanzati said.

Renzi is also keen to talk about ‘governability’ when describing what this change can give to Italians.

“The centralisation of powers should give the executive power the chance of having proposals of law passed into actual laws in less time,” Davanzati explains.

“Nonetheless, it is well-known that Italy is, on average, quicker in passing laws than other countries like France, Germany, the UK and the US.”

The June referendum that pulled the United Kingdom out of the European Union might not be the only one to reshape the Union, however, Italy may prove to have lost faith in their current Prime Minister.

Renzi is indeed risking his career on the promise that, if the referendum does not pass, he will resign.

Such resignation might, however, lead Italy’s future into uncertainty as the opposition Five Star Movement is ready to take on the government after the referendum.

This situation may create a parallel with UK’s former Prime Minister David Cameron, but with different outcomes.

“A rudderless Italy, vulnerable to a banking crisis and to the anti-establishment Five Star Movement, would spell trouble,” Tony Barber wrote in an editorial for the Financial Times.

“A victory, on the other hand, might expose the folly of putting the tactical objective of Mr Renzi’s survival ahead of the strategic need for a healthy democracy in Italy,” Barber continued.

Renzi’s defeat at the referendum might therefore result in the lesser of two evils for Italy.

The outcomes of a possible resignation are not so tragic, however: “A Five Star government (the political faction that’s pushing for an exit from the EU) is very unlikely to happen,” Professor Davanzati told us.

“As it is way more credible to see another provisional government. I don’t believe in ‘Quitaly’ as the aftermath of Renzi’s resignation: Italian citizens are way too scared to take a leap into the unknown.”

What are, then, the real reasons why Matteo Renzi is so eager to promote the successful outcome of the referendum? Why is Renzi pushing towards a reform whose importance is not even understood by many of the voters?

Almost 40 per cent of the electorate have yet to decide or are positive about abstaining.

According to Davanzati, Renzi sees an economic benefit: “Without falling into unlikely conspiracy, it is more than possible to assume that a reform to the Italian Constitution might be necessary as political exchange between this government and the international finance.”

There is evidence to support this from the past.

In 2013, J.P. Morgan, the multinational banking and financial services holding company, published a report in which it invited the Italian Government to modify the current constitution because it contains “too many elements of socialism”.

The report insisted on the need to change the constitution that was first adopted in the 20th Century, because it was created after the Second World War, and so had an anti-fascist mindset, which hasn’t been updated since.

“The relationships between Renzi and J.P. Morgan’s influential representatives, in particular with Jamie Dimon, are widely documented,” Davanzati contends.

“It is also well known that these connections aimed at the rescue of many Italian banks like the Monte dei Paschi di Siena (MPS), to avoid this trend spreading across the whole Italian financial system,” he said.

Il Sole 24 Ore, an Italian business newspaper, reported that in 2012, J.P. Morgan, through its representative Jamie Dimon, organised a meeting in Florence with Matteo Renzi, who was mayor of the city at the time; also there was Tony Blair, who had been a salaried consultant for the company since 2008.

“Almost 40 per cent of the electorate have yet to decide or are positive about uninterrupted abstaining.”

The Wall Street Journal reported “This summer Mr. Dimon visited Italy to celebrate J.P. Morgan’s 100th anniversary in the country. During a lunch with Italian Prime Minister Matteo Renzi and the country’s finance minister, they discussed the situation at Monte dei Paschi.”

As a result, J.P. Morgan has ordered a capitalisation of €6bn to the Italian bank Monte dei Paschi, Italy’s third-largest bank, in order to rescue it from failure. The company is also first in line to sustain an increase of assets around €3bn towards MPS, for a total of €9bn of investments.

So, the New York-based multinational has more than one interest in the outcomes of a successful referendum outcome.

“[J.P. Morgan] is interested in the recapitalisation process of the Italian Bank System. The spending wouldn’t affect much of the financial availability of the company and it would succeed in making a profit out of it. At the condition of the Italian Government to pass more laws and more quickly,” the report said.

There are claims that Italy will become ‘a experimentation lab’ of constitutional requirements appropriate for the 21st century: in other words, coherent and functional to the process of financialisation.

There are different view on whether it is in Italy’s interest for the referendum to succeed, and these views centre on which model of the Italian economy Italians want to foster or to reinforce.

“On one side, we have the pressures from the international finance demanding Italy to adapt at the standards required and so to lose a big chunk of popular sovereignty,” says Professor Davanzati.

“On the other, there are the people who firmly believe that inequalities restrain the growth of a given country, or that the international finance should stay out of a country’s decisions,” he says.

“There is a lot at stake and it involves the selling of Italy’s constitution to the highest bidder.”