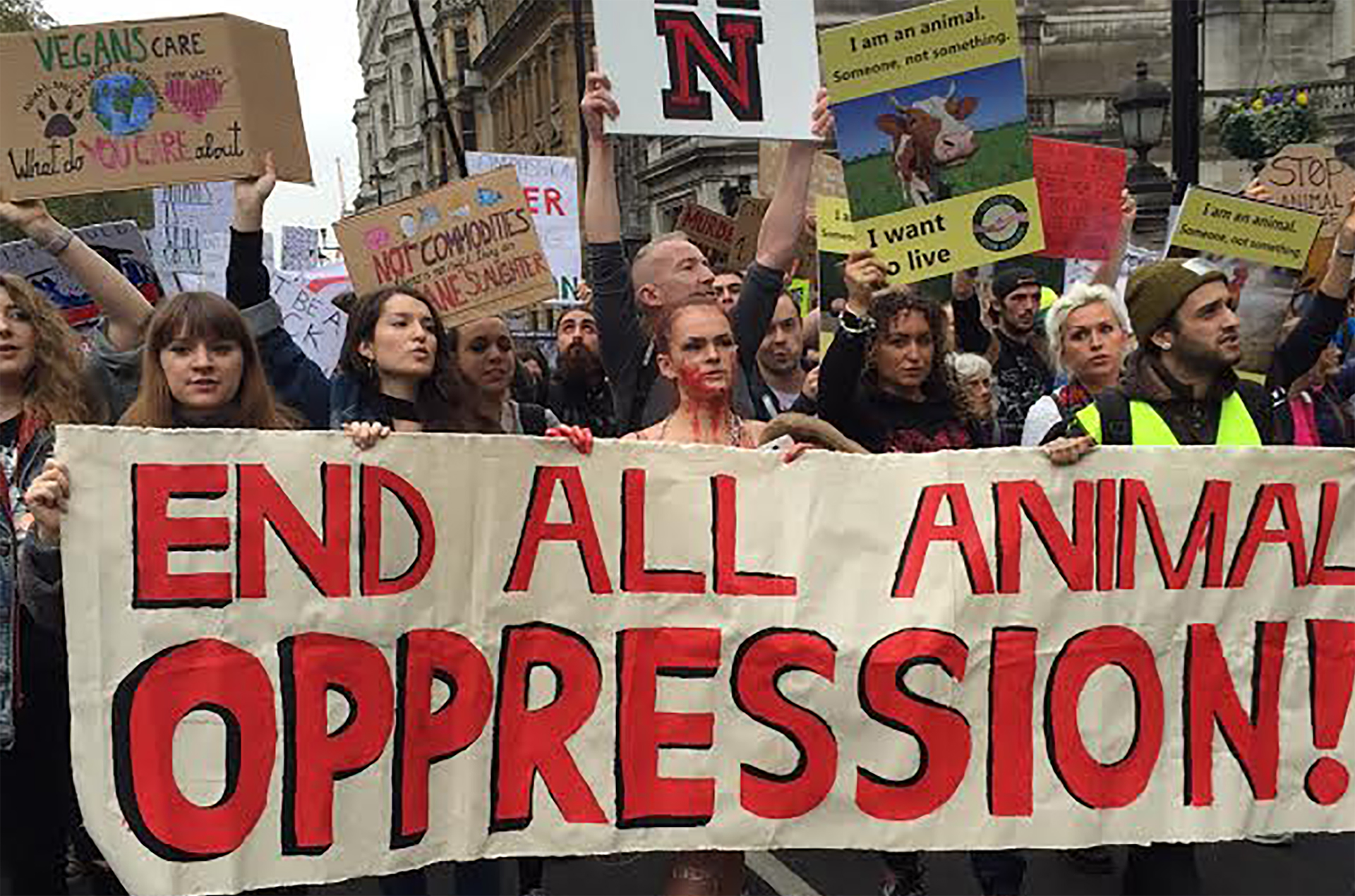 Around 2,000 protestors have demonstrated on the streets of London in one of the UK’s biggest animal rights marches in years.

The animal activists brought traffic to a standstill with chants of “there’s no excuse for animal abuse” and “scum”.

The march organised by Surge, an animal activism group, called for “an end to all animal oppression” in the food industry.

More than half a million people in the UK identify as “vegan”, following a strict diet where no animal products can be consumed.