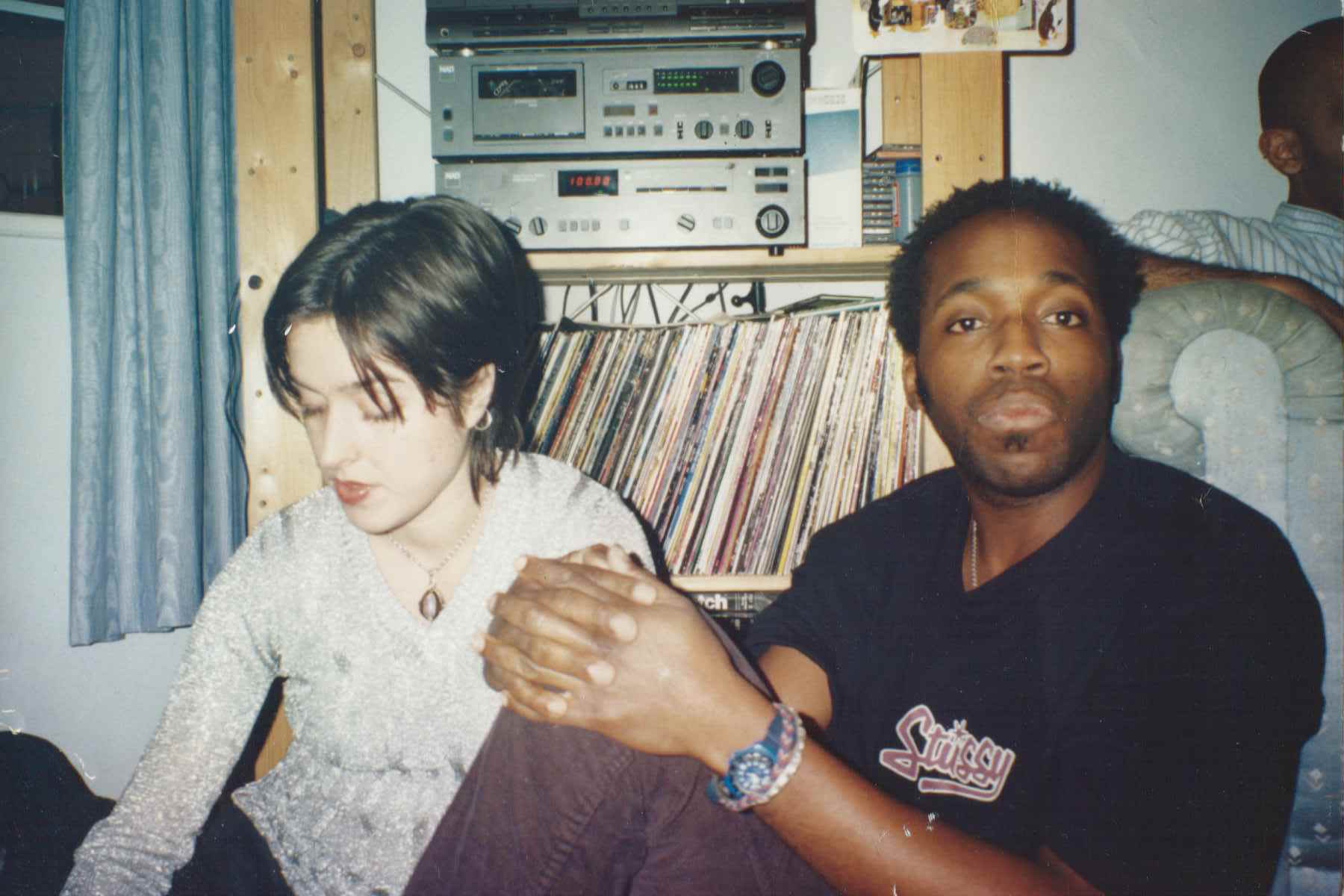 Growing up as a child of an interracial couple, it wasn’t until my early adulthood that I became conscious of the fact my parents would have been viewed as a minority when they first got together.

While there is plenty of evidence to suggest that race relations have come a long way, can we really say that couples of mixed ethnicities are accepted equally to mono-race couples?

London is home to a diverse plethora of people, from all different backgrounds and walks of life so it’s hard to see why interracial relationships and dating wouldn’t be on the increase.

The Office for National Statistics have reported that almost one in ten people in Britain are now to be married or living with an individual from outside their own ethnic group.

As for mixed race families, they are one of the fastest growing demographics in London and are far more socially accepted as a whole.

The fact that the media we consume is now so inclusive of mixed race couples in its advertising campaigns, surely suggests attitudes are changing?

In comparison to the US where interracial marriage was only legalised in 1967, there is definitely scope to argue Britain as a whole is a more liberal country when it comes to this subject.

Despite this, there have been examples of a mixed ethnicity celebrity couple coming up against racism when revealing their relationship into the public domain.

When British mixed race singer FKA Twigs announced her engagement to white British actor Robert Pattinson in 2015, she was subjected to racism via social media.

Online trolls targeted the 28-year-old singer-songwriter, criticising her racial origins and deeming her unworthy of being with Pattinson, because she was mixed race.

To figure out if attitudes to interracial relationships have changed in the past 10 years, Artefact spoke to three couples about their experiences and opinions whilst being together. 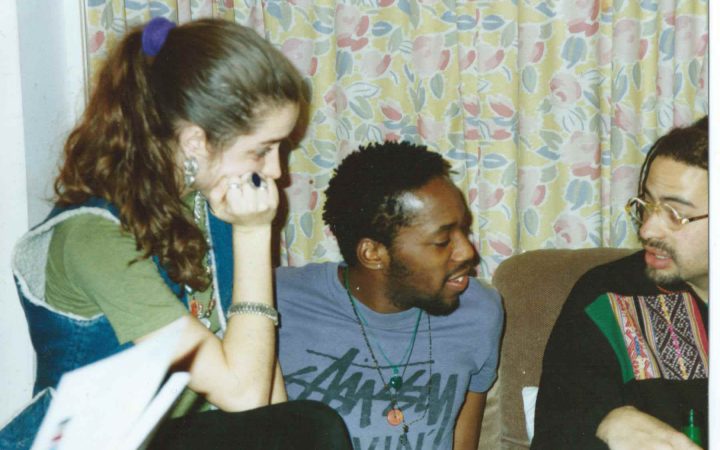 Sarah and Spencer in the early 90s

Sarah, 47 and Spencer, 48 are one of the many British mixed race couples living in London, they have been together for 26 years and married for 17. Spencer’s family is originally from Grenada in the Caribbean, whereas Sarah originates from England.

When the couple met in their late teens, life was quite different to how it was now; being in an interracial relationship was accepted in the multicultural area they grew up in, but not necessarily by everyone.

“We met through our friendship group. We were both in relationships with other people but there was an underlying attraction. He liked me, he made that plain,” laughs Sarah.

“Spencer drove past my bus stop one day and he picked me up and dropped me to work. We later arranged to meet back at my house and that was it. A week after that we went on our first date and from then on we were inseparable,” she said.

When asked what it is like to be in an interracial relationship the couple both described it as “normal”. Spencer explained that in their relationship they didn’t see colour, Sarah is just a woman who he loves and they wouldn’t use the fact they are of two different races to define themselves.

Despite the fact the two were positive about the experiences they have had together living as a multicultural couple, they did tell a few of stories of times they experienced prejudice.

“If we were to leave London, people would stare at us. There was a big multicultural model campaign back in the 90s for the clothing shop the United colours of Bennetton and an acquaintance once nicknamed us ‘the Bennetton family’ which we found slightly offensive. We didn’t see colour we were happily married with our little mixed baby and we weren’t afraid to stand out,” they told us.

“Another time in England I was out with my daughter in an Asian supermarket which I had frequented many times previously with my husband. I was paying at the till and he basically said to me outright ‘Why are you with a black man?’ My response was ‘you don’t choose who you fall in love with’ to which he had nothing in reply,” said Sarah.

The couple did not only face prejudice in Britain, Sarah spoke of a time she felt victimised by a Rastafarian man when visiting Spencer’s family in Grenada. He refused to serve the couple food from his stall, because he didn’t approve of them being together.

“I think at the beginning, when myself and Sarah first started dating, my mother and sister had concerns about me dating a white woman. This was because when my uncle first arrived in England he dated a white woman and got beaten up quite badly for it- but obviously that was a different time to ours,” Spencer said. 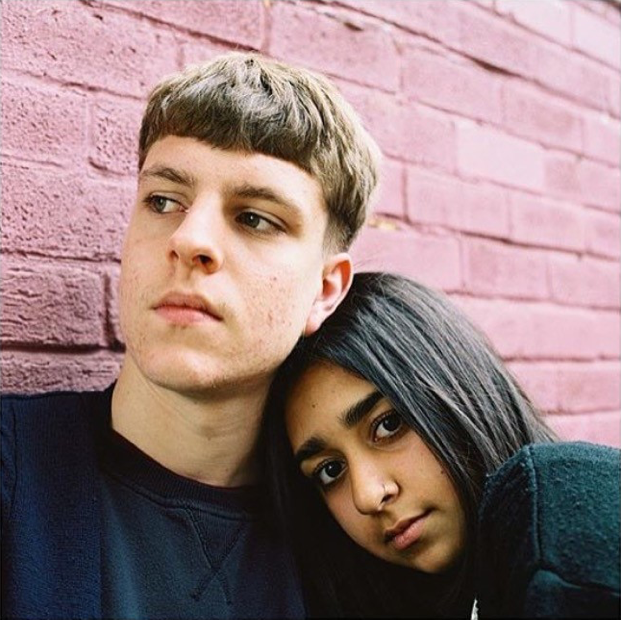 Art foundation students Malini, 19 and Pablo, 18 have been together for two years and eight months. Mal’s family are originally from India and Pablo is English.

The couple met when Pablo came with one of their mutual friends to Mal’s 16th birthday which they didn’t actually speak at but soon after started speaking through social media and began dating.

Both Mal and Pablo talked about the fact they have only had positive experiences in relation to them being an interracial couple.

The two agreed they have never really thought about the fact they are in an interracial relationship and if that would have an impact on the way they are perceived by others, as they have never had any racial comments made about them.

“I don’t take any notice of it because at the end of the day, we love each other, the colour of our skin can’t get in the way of that,” they told us.

Living in liberal society the couple have had positive experiences including reactions they had from friends and family when they announced they were together.

Some older generations may have different opinions in relation to cultures mixing due to traditions and norms of the past, but this is not the case in Mal and Pablo’s relationship.

Pablo spoke of the fact his mum was so happy when she found out her son was dating an Asian girl as she went travelling to India when she was 20 and enjoys the culture. Mal’s family are equally accepting of Pablo dating their daughter.

“My mum used to make jokes about how I should leave Pablo and find a real Indian man!! Even though it was a joke I remember Pablo being like ‘Oh god, is she being serious?!’ at the start of the relationship. My dad loves him and treats him like family, I don’t think they’ve ever cared about us being together, they just want me to be happy and I am. It’s the same for Pablo and our friends, they don’t care as long as we’re happy too,” Mal said.

When asked about what the best thing was about being in an interracial relationship, the pair agreed it was the fact Mal is able to share her culture with Pablo.

“I guess for me, it’s the food! I never really liked Indian food before Mal came into my life, her and her mum are so good at cooking! I love the fact that I learn about Mal’s culture when I’m with her, it shows me the differences between the way I am and the way she is,” Pablo said. 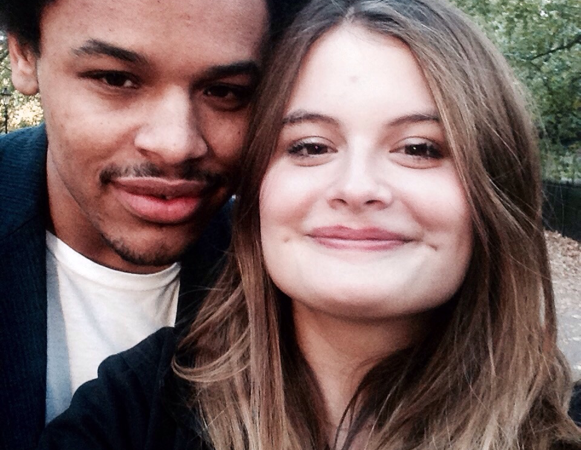 London College of Fashion students Lisa, 21, and Alex, 22, have been in an on-and-off relationship for two years; Lisa is originally from Paris and is studying in London and Alex is mixed race and is originally from Leicester also studying fashion in the capital.

The pair met on their first night in halls, where Lisa made the daunting first move, asking Alex for his Facebook which she admitted was aided by the wine she had drunk that night! But Alex revealed he had his eye on Lisa from the start.

The two explained Lisa being French and Alex being British is a more unique aspect of their relationship than anything else.

Alex is a product of an interracial relationship himself, his mother being black and father white. So he has always seen mixed race relationships as the norm and naturally his parents are fully accepting of himself and Lisa.

Lisa has also grown up with parents from two different backgrounds, the US and Italy; she was brought up in Paris and has therefore always had multicultural surroundings.

“I think the best thing about being in an interracial relationship is the same as any relationship. Being with someone you love and respect first and foremost. Of course it is cool to be able to go to each other’s family functions and experience totally different cultural norms but that is secondary,” Lisa said.

We wanted to know whether our couples thought that attitudes towards interracial dating have really changed?

Sarah: “I do. There are now obviously lots more interracial couples. Our daughter used to turn heads in the street when she was little because she was mixed race, but I don’t think that would happen anymore. Being in a mixed race couple has always been normal to us because we don’t see colour but it’s nice to see a lot more acceptance.”

Spencer: “I think that things have changed, people seem to be more accepting and there is less stigma. Just seeing an interracial couple on TV and in advertising represented as a normal couple and not there because of the colour of their skin is a big step I believe.”

Malini: “I think they’ve definitely changed. In my culture it definitely wouldn’t have been acceptable to be in an interracial relationship. My parents have told me that before but the fact they are so accepting of it just shows that traditions can change for the better.”

Pablo: “I reckon if we were together years and years ago, we would get comments about our relationship all the time. It’s so common nowadays because everyone’s stopped seeing colour and realised that you can love whoever you like.”

Lisa: “I went to an exhibition and I found out interracial wedding was only allowed in 1967 in the USA, that’s insane. We’re still in an era where progress needs to happen towards black lives, but we’re getting there I hope.”

Alex: “Definitely, the first time my Dad met my mum’s family, my aunt thought my dad was my mum’s taxi driver and she tipped him. She couldn’t fathom that he was my mum’s boyfriend. This was the early 90s! My family were first wave immigrants from the Caribbean so they can still remember the racism they faced. But now I think interracial relationships have become super normal just as gay relationships have. I just don’t consider it an issue for my generation; we have more pressing concerns like student debt and Brexit to worry about!”

All of our couples spoke with a sense of joyous optimism, which seemed to confirm that times are changing and with open-minded people like this, mixed race couples could eventually become the norm and not a taboo.