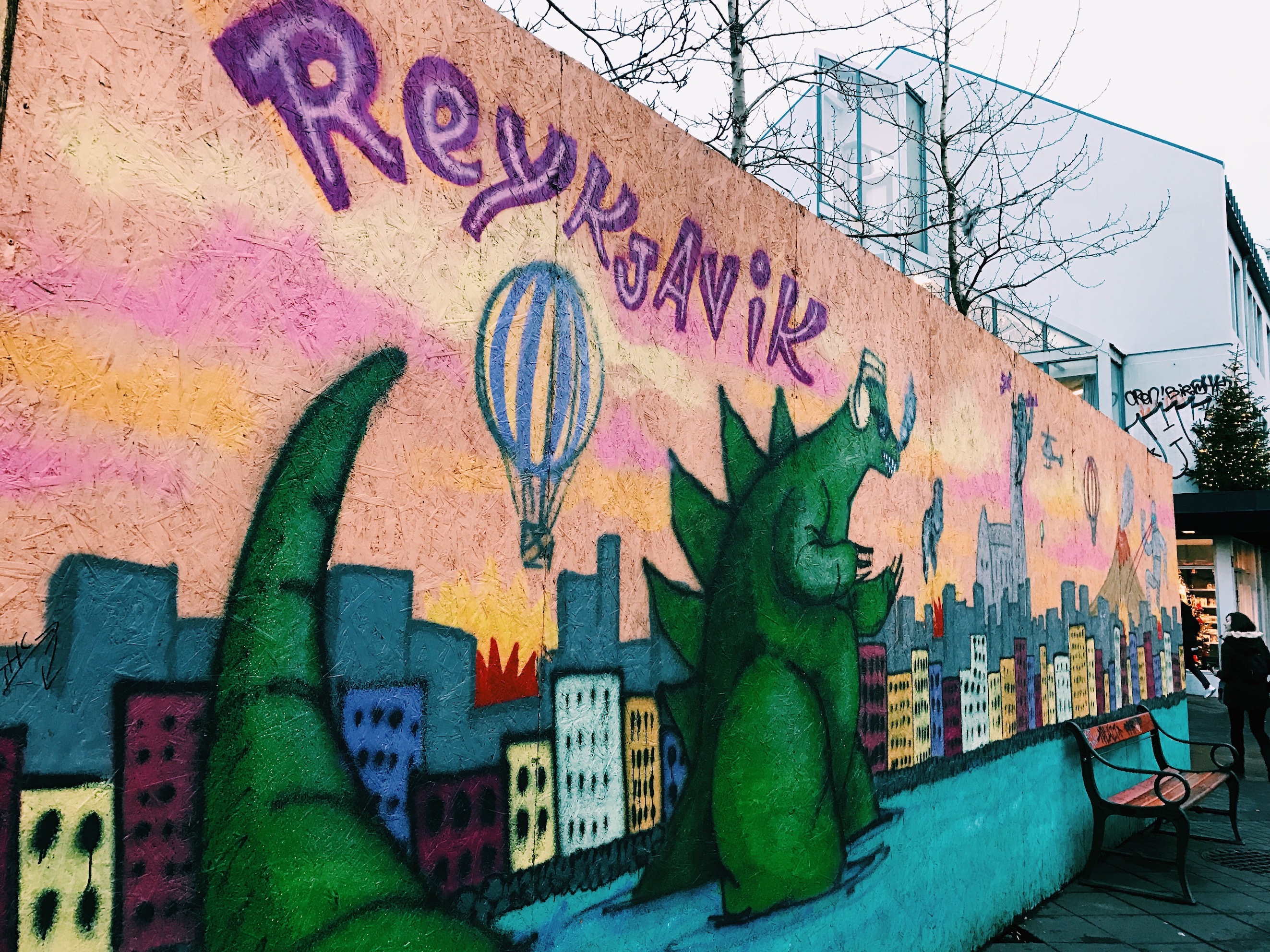 Iceland: home of scenic views, the Northern Lights and the coldest winters.

Statistics from 2016-17 show that Iceland had a population of 333,300, mainly made up of the tourists visiting the Nordic Island country for a vacation.

For my winter vacation in December 2016, I too travelled with some family to Reykjavik, Iceland and joined the very few people who enjoy wearing three layers of clothing daily and dressing in snowman attire.

Our apartment was situated just by the harbour in downtown Reykjavik, a perfect location. 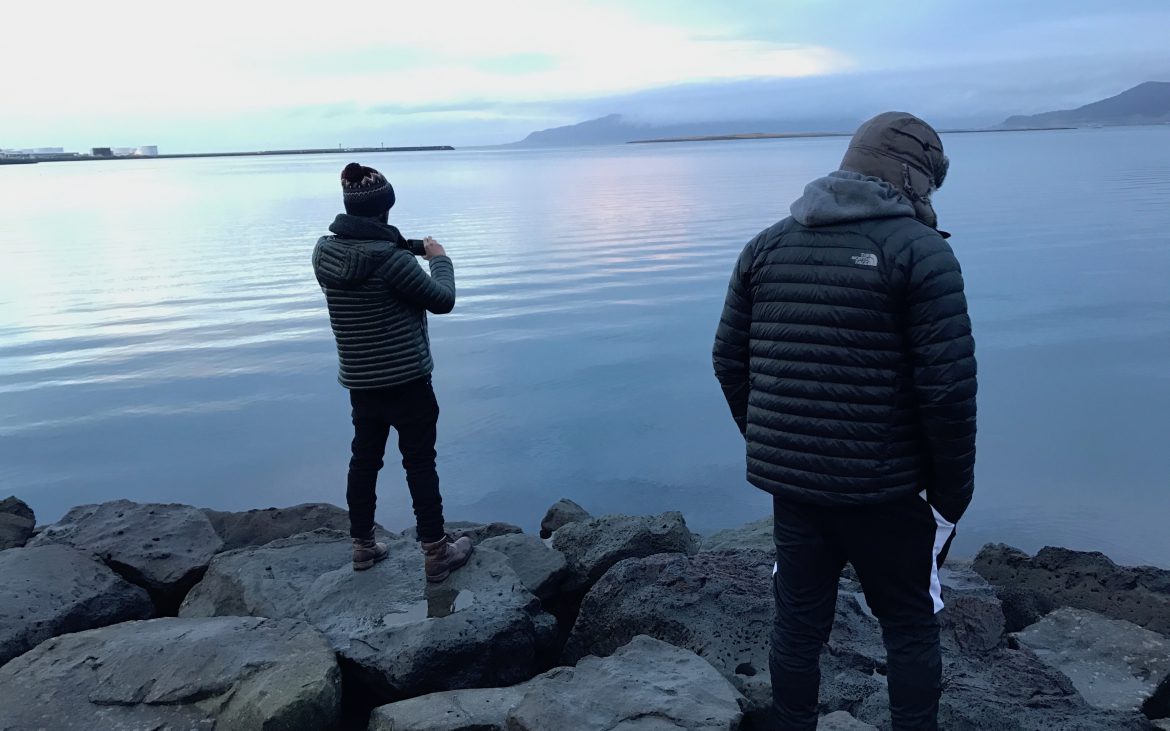 During my short stay in Iceland we visited most of the local landmarks, starting with the Hallgrímskirkja Church and the Harpa Concert and Conference Hall, both based in the heart of Reykjavik.

The Hall were holding a beautiful Christmas fair. The windy weather encouraged passing tourists to go and find out what was inside. Inside was a huge food hall showcasing a range of different sweet and savoury food samples, from raw meats, tangy jams, herbal Icelandic tea and Reykjavik’s divine home-made ice-cream.

Before traveling to Iceland, we did our research on what authentic Icelandic food to watch out for, Hangikjöt (smoked lamb) was at the top of our list.

We tried samples of Hangikjöt and Icelandic fish from the food tasting hall, which was more than enough.

In another section was an antique Christmas store, which contained the prettiest home-made decorations, the prices however were not so pretty.

Excursions are the way forward when visiting a country like Iceland. We decided to dedicate one day to go on an eight-hour Golden Circle Classic tour.

The first stop of the Golden Circle Classic tour was the beautiful Þingvellir National Park. The National Park contains some of Iceland’s natural beauty and is home to Iceland’s largest natural lake. 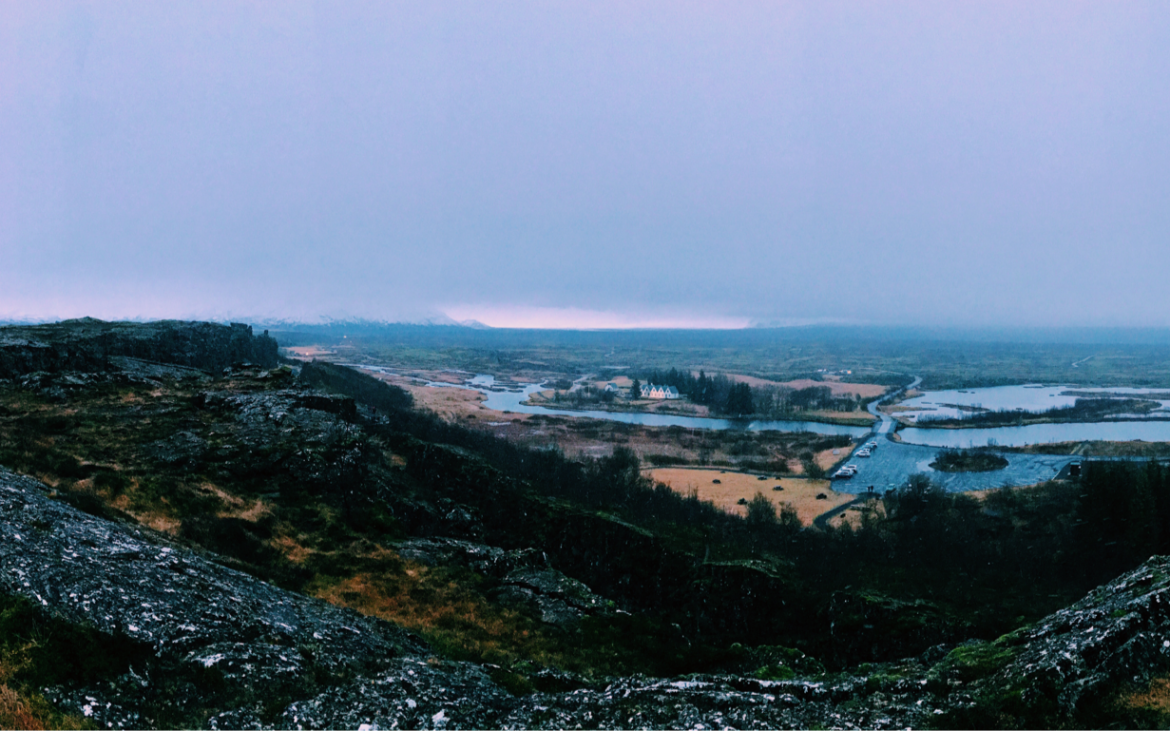 The tour continued to Blaskogabyggd, Gullfoss Waterfall, also known as the Golden Falls. The views here were amazing to say the least and the selfies were even better.

Tourists could get up close and personal with the powerful waterfall, close enough to feel the mist from the glacial water as it fiercely fell into the Hvítárgljúfur Canyon.

All around, a thin layer of snow coated the hills that surrounded the waterfall, isolating it from any kind of greenery.

The last stop of the tour was the Geysir geothermal area, home of “The Great Geysir” hot springs.

This area featured one of world’s most reliable fountain geyser, Strokkur. Every four to eight minutes, the Strokkur hot spring blasts boiling hot water 20 meters into the air.

Unfortunately, I couldn’t capture a photo of the geyser erupting, but I was lucky enough to witness it.

Later that evening, much to our disappointment, we were unable to see the famous Northern Lights.

According to the Icelandic MET Office, the best chance of seeing the Northern Lights are between September and April. However, it’s all dependent on the density of the clouds at night.

While we were out during the early hours of the morning searching for the Polar lights, the aurora forecast stood at a four out of nine, so our chances were quite low.

The last landmark we visited was the Blue Lagoon, otherwise known as, Bláa Lónið. Formed in 1976, nearby a geothermal power plant, the Blue Lagoon has become one of the 25 wonders of the world.

The turquoise water, the silica mud-mask and the complimentary champagne made the Blue Lagoon the highlight of our whole trip.