Theatre | Too Much Light Makes The Baby Go Blind 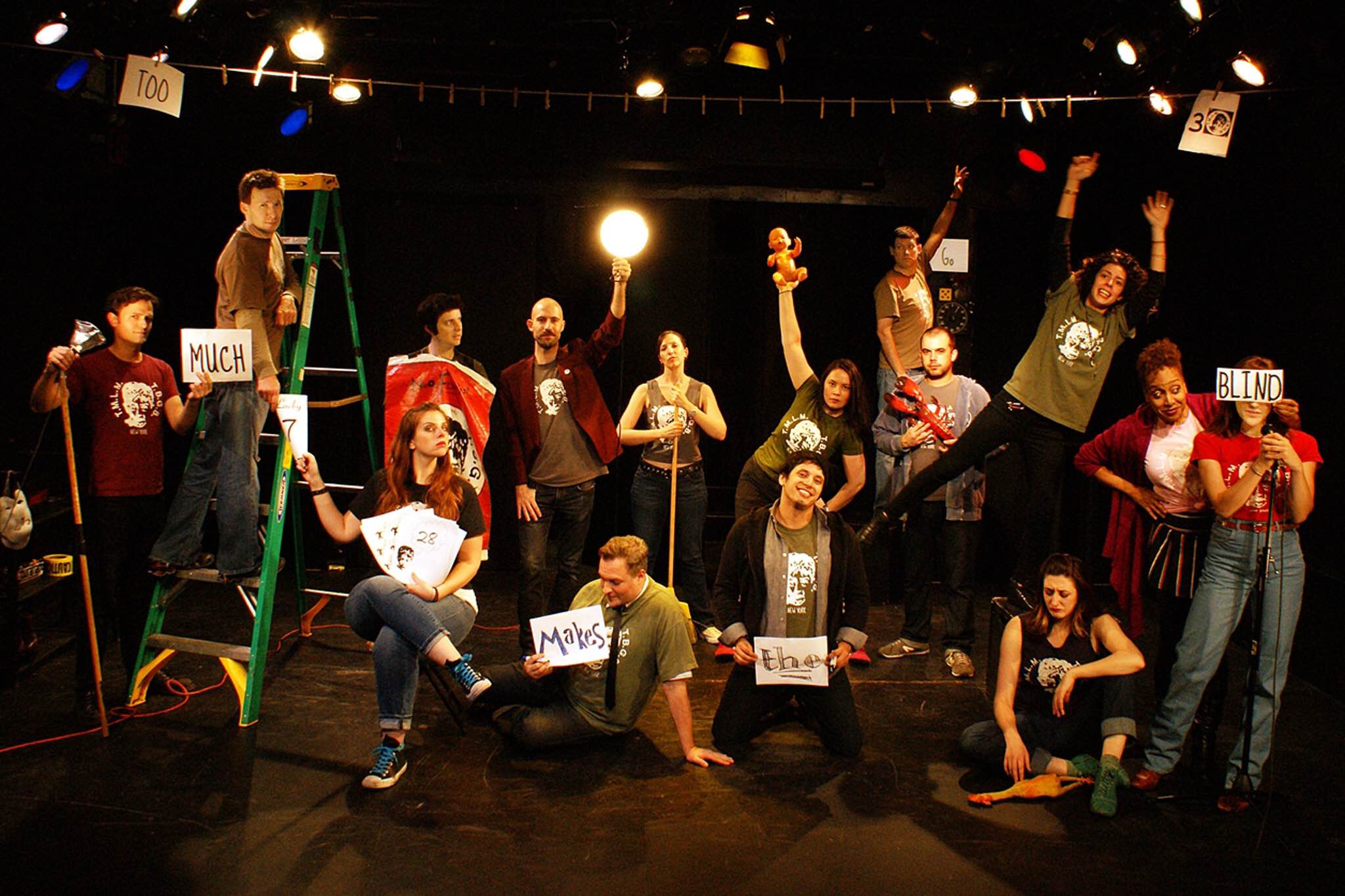 Too Much Light Makes The Baby Go Blind is the ambitious quest by a group of neo-futurists to act out thirty plays in sixty minutes.

Sixty bizarre minutes where the actors perform skits addressing issues of racism, politics, homophobia and alcoholism combined with a taste of comedy, lots of eating disgusting things, and just a smidgen of penis.

Born in Chicago, 27 years-ago, the ‘Too Much Light’ team began changing the face of theatre with their fully immersive, improv-drama comedy hybrid.

It last touched down on our side of the Atlantic for the Edinburgh comedy fringe festival in 2014 but has now crossed the pond once again for its three-week London debut at the Rosemary Branch Theatre.

The actors describe the show as “an experience”, and that it was.

The show has the ability to make you feel so many conflicting feelings at once: sympathy, urgency, humour, anger and fear to name a few.

But the best element of this ‘experience’ was how relatable some of the sketches were.

Who hasn’t been patronised in the gym and wanted to chew and violently spit out the patroniser right there and then?

The oddly-named plays are numbered and given to the audience in pamphlets, it is then the job of the crowd to shout out the number of the next skit they wish to see upon hearing the word ‘curtain’.

This means the arrangement of the plays was completely random, surprising even the actors themselves who on several occasions failed to put back on both shoes, had a cement of flour and water around their mouths or finished the hour in wet trousers.

Some of the plays were pointless, glorified swearing matches but amongst the excessive use of the word ‘cunt’ were some hilarious, touching and clever acts.

They are constantly writing new material and cut plays from their performances so the show is never the same twice.

It’s a revolutionary style of theatre but at times the show lacks quality in its search for quantity. 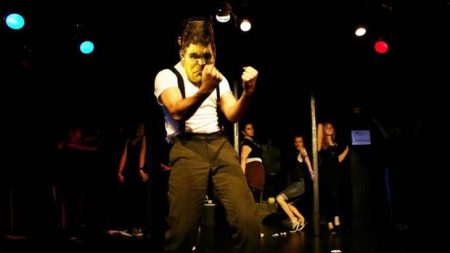 Some of the plays involved ‘thrusting’ in masks

One of the plays called House Guest involves an audience member being sat on the stage for the rest of the show.

Her only purpose was helping the actors clean the stage after a messy skit, meaning she spent the majority of her time staring at the back of the actors’ heads.

However a few of the plays stuck out in my mind; one mainly because I saw a cup of coffee made from dipping a penis in a jar of instant granules, then having water being poured over it and watching the brown liquid slowly drip off into to a mug.

Another because a woman ravenously chomped away on a raw broccoli delicately placed on another woman’s vagina.

And a third because three of the cast members held raw biscuit ingredients in their mouth: One milk, one flour, one butter. Then over a ‘whimsical’ soundtrack the flour and the milk were spat into the third actor’s mouth. He then consumed the entirety.

But some were extremely accurate representations of the world right now, how it feels to be a minority, and the shallow nature in which we talk about one another.

The List said: “This has the vibe of happening, where the philosphical collides with childish lunacy.”

In light of the US election, the all American cast found the humour amongst the sadness.

One sketch started off as a party – there was cake, alcohol and balloons until the celebration was interrupted by an extremely loud continuous shout of ‘MOTHERFUCKER’.

The balloons were popped, the cakes were wildly thrown onto the ground, and one of the actors poured an entire bottle of cider over their bald head.

(Warning: the front left seat is in the splash zone, as I found out.)

The cast then solemnly mopped the entire stage, creating the perfect metaphor of the American people slowly having to clean up the aftermath of Donald Trump’s America.

At the heart of the mini-plays in this sixty minute extravaganza are real, thought-provoking messages.

Another mini-play was a compassionate monologue by actor Jeffery Cranor mourning the loss of his step brother to alcoholism, which carried the prominent message: why would you have a loaded gun in a house with three children and a drinking problem?

My experience at the Too Much Light theatre ended perfectly.

After an extraordinary hour of confusion, comedy and resisting the urge to vomit at the consumption of raw ingredients and flower heads, came a play called Inner Peace.

All the cast members, a rather confused audience member, and the superfluous ‘house guest’ all sat in lotus position in a line on the stage.

The spontaneous cast reeled off promises to themselves “Today I will go to the gym”; “Today I will get a proper night’s sleep” and the witty input from the befuddled audience member; “Today I will not think” were some of the self-promises mentioned in this skit.

During the last line-up they passed along a bottle of whisky, all cast members took a shot following their pledge.

The three minutes of deep thought provided the ideal ending to the play with the final promise: “Today I will be healthy.”

If you’re looking for a mixture of humour, touching monologues, lots of swearing and the possibility of getting splashed with cider then this is a performance not to be missed.

But you may have to work hard to understand the point each play is communicating.

All images by Bad Monkey Publicity