Behind the scenes of Miss USSR UK 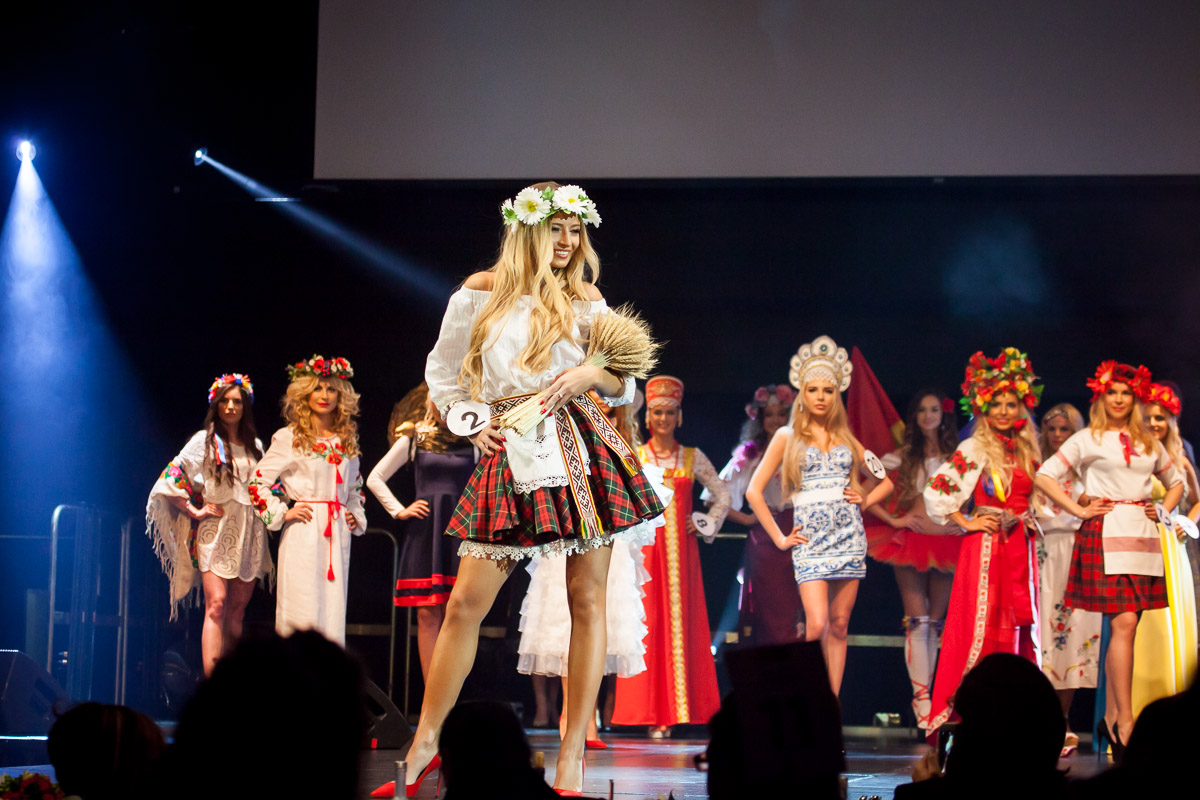 In a world that seems to have turned its back on the sexism of the beauty pageant, some would find it surprising that such events are still happening, and that they are a growing business.

An international beauty pageant among girls from the former Soviet Union who live in London has been running for four years, with the most recent being held in April at the Troxy Concert Hall.

The project is led by Julia Titova, CEO and founder of Miss USSR UK, which has been in existence for nearly five years, and has already attracted some media attention.

Stories about the unusual beauty pageant have been published in British newspapers such as The Sun, The Daily Telegraph and the Daily Express, as well as on the international television channel, Fashion TV .

Girls from Russia, Ukraine, Kazakhstan, Azerbaijan, Lithuania, Moldova and other former USSR countries are participating in the project to get a chance to represent national heritage, talents and beauty in their own way.

In an interview with Artefact, Julia Titova revealed some facts about her project, how it started and the motivation behind it.

Julia believes that besides being just an entertainment event, Miss USSR UK creates a sense of community for Russian girls abroad.

Having been a foreign student in London herself, she understands how hard it is to come to a new country for the first time without any friends or knowledge of the local way of life.

“Like any other foreigner I came to the UK without knowing anyone in this country. I remember how difficult it was to learn how to use the underground or how to open a bank account on your own,” she told us.

“With Miss USSR our aim is to create a kind of a community where we help girls who just arrived to the UK to find new friends and opportunities,” she adds.

The idea of uniting girls from post Soviet countries came to Julia during her time working as a club promoter in London. The contest was previously known as Miss Russia UK, and Julia became interested in the concept of such an event.

“There were a lot of contestants from Baltic and post USSR countries. But I thought, why would girls from Kazakhstan for example represent Russia?” she asks.

“I really like to ask people what they like, but it’s always more interesting to know what they didn’t like. I think negative feedback is a way to grow.”

This was a starting point for a new project called Miss USSR UK; Julia wanted to give each girl a chance to represent their own country and national heritage.

The aim is to create an environment where all the girls can express themselves by developing their talents and social skills.

Besides attracting girls who were once born, in what was one country, the contest gives an opportunity for girls to break in to the worlds of fashion and beauty.

Miss USSR UK constantly hosts events for the participants to enhance their confidence and self-esteem, as well as provides numerous so-called “beauty days” when girls are treated by professional stylists and make-up artists.

“It’s not just about outer beauty. We want them to reveal their dreams and talents, make them confident,” Julia says.

Since it launched, the contest has gained a controversial reputation in the media, as such concept seemed questionable in the modern world in which more people are trying to move away from national and ethnic boundaries, and calling for equality in all spheres.

Miss USSR on the other hand is focused on highlighting the national background of girls, and unsurprisingly this concept provoked the most negative feedback.

Some of the comments about a recent article about Miss USSR in the Daily Express newspaper website from May 2015 called the contest racist.

“There are no black or Pakistani, Arab, Indian, African girls in the line up just home-grown Russian girls, in the UK if this happened the organisers would be charged with a hate crime,” alleges one of the commenters.

“With Miss USSR our aim is to create a kind of a community where we help girls who just arrived to the UK to find new friends and opportunities.”

Indeed, modern international beauty pageants try to cover all ethnicities, thus uniting people around the world in a certain way.

By emphasising the attention on the ethnical belonging, accusations of stereotyping have also been made, but despite such criticism, the founder of Miss USSR UK doesn’t consider it a bad thing.

“I really like to ask people what they liked, but it’s always more interesting to know what they didn’t like. I think negative feedback is a way to grow,” Julia tells us.

She believes that despite all the controversies, Miss USSR UK has a deeper intention behind it, and the uniqueness of the project is in the special concept of creating a small post-USSR community in a foreign country.

It might be a bit conservative, or even ‘racist’, but on the other hand it is still one of the ways of supporting expats in a foreign country.

One of the other functions of Miss USSR UK is to create an effective platform to promote new brands and enhance their recognition among the audience living in the UK.

“We provide a way for companies to expose themselves and find new audiences and clients,” says Julia, who believes that this contributes to the development of British-Russian business relationships.

This year the event also supported a charity called Warmed Heart to collect funds for the treatment of three seriously ill children from Ukraine, Moldova and Belarus.

While opinions on the event may vary, the organisers believe the contribution of the pageant to the Russian community in the UK is valuable and helpful for some of the participants.

The next Grand Final is expected to take place in the spring of 2017, also at time of writing, the exact dates have yet to be revealed.