“You put your shin-pads on and pull up your socks. You take a deep breath as the clacking of studs from team-mates echoes around the tunnel. You’re confident in your ability but there’s something holding you back. A secret that could leave you exposed to the baying mob in the stands.”

A new film by 27-year-old director Rhys Chapman is set to challenge one of the biggest taboos in football: homophobia.

Wonderkid, a 20-minute short, follows a fictional professional footballer (Chris Mason) who has made his move to a Premier League club in London.

The drama unfolds as the character starts to question his identity as a gay man in football.

He wants to come out; he knows he’s gay but football is holding him back.

The film will be released online release in the coming months and has already had the support of prominent celebrities such as Sir Ian McKellen and features the voices of football commentators Martin Tyler and Geoff Shreeves.

Having raised £25,000 to fund the film from donors at Kickstarter, a website that helps creative projects, Rhys was able to bring the film to life to shed light on a form of discrimination that has plagued the sport for years.

With an estimated 5,000 professional footballers currently playing in England, not one is openly gay – something that Rhys hopes that Wonderkid can change by generating “compassion”.

“We don’t know who the gay footballers are playing in the game so people wouldn’t necessarily be exposed to their struggle,” says Rhys.

“We’ve created this authentic and emotional portrayal of what the character would go through in that environment.” 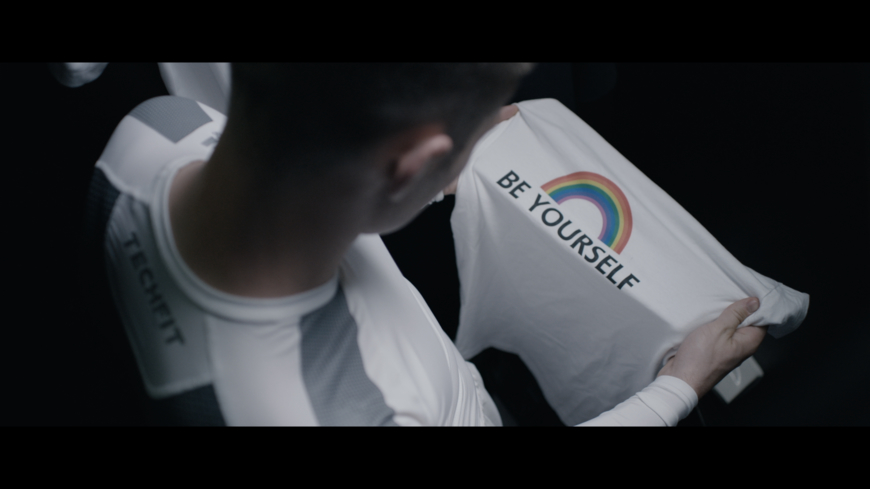 A recent study by BBC Radio 5 Live revealed that eight per cent of football fans would stop watching their team if it signed a gay player.

The filmmaker and Arsenal fan told Artefact: “Growing up, the environment that I experienced playing football in, you know this lad’s banter environment – that environment’s very homophobic.

“When I was a teenager one of my cousins came out and I became a target for homophobic abuse because of my relation to my cousin as if I was gay by association. So, I have a limited understanding of it might be like.”

Chairman of the Football Association, Greg Clarke, recently said that a gay footballer would receive “significant abuse” and said he “wouldn’t recommend” a player coming out “at the moment”.

Former Chelsea defender Graeme Le Saux called on the eight per cent of fans who wouldn’t watch their team to be banned.

Le Saux, who is heterosexual, was taunted with homophobic abuse throughout his career. 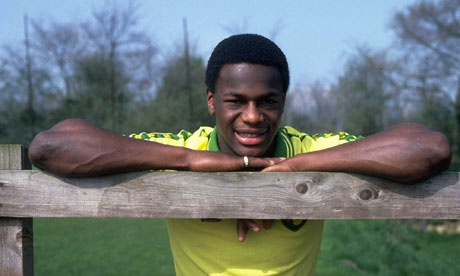 Justin Fashanu was the first ever player in Britain to come out back in 1990, when football not only had a poisonous attitude towards homosexuality but also had serious problems with racism.

Fashanu was the first black player to make a £1 million transfer move.

Despite his success, he committed suicide in 1998.

The only openly gay footballer to have played in the Premier League was the German international Thomas Hitzlsperger who, unlike Fashanu, chose to reveal his sexuality after his career had come to an end.

American Robbie Rogers, who had a brief spell at Leeds United, revealed his sexuality in 2013 after he retired to avoid attention when he was still playing.

Gary Ginnaw, a 33 year-old openly gay amateur footballer, was driven away by the game he loved for more than a decade.

“From the moment I left school from when I was around 18-years-old, I just stopped playing it,” says Gary.

“It was at the point where I was coming to terms with my sexuality and I didn’t feel that I could be myself, play football and be comfortable. I just gave it up, I just stopped playing,” he told us.

“I wasted ten years of my life, when if anything I would have been in my prime for playing football when I was too afraid to join a team.”

Gary explained that it was the culture around football which caused him to leave the game for such a long period of time. 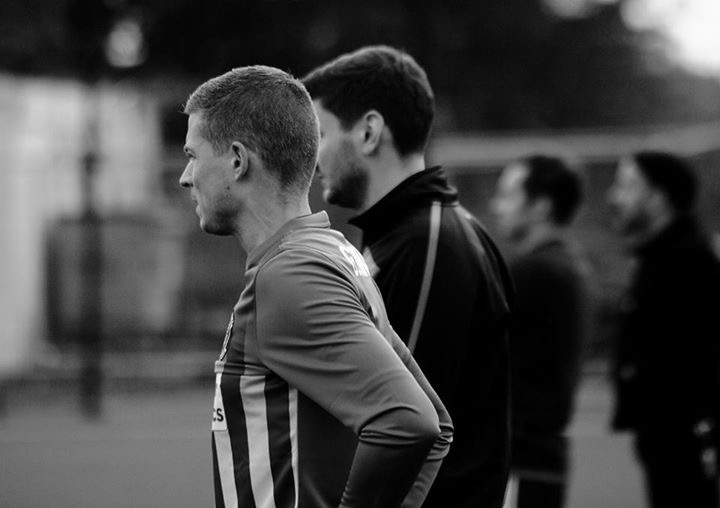 “I’m sure you can imagine the sort of banter in the showers and that sort of stuff in changing rooms and I just avoided it because I didn’t want to be put in that situation,” he told Artefact.

“When I was at school I was the quiet one; I was always different from the other boys. I loved football that was the only thing that made me the same but when it comes to everything else I always felt different to people.”

A 2014 study by charity Stonewall found that almost nine out of ten secondary school teachers say pupils in their schools have experienced homophobic bullying.

“I used to, if anything, hide behind my football. I’m not saying I pretended I wasn’t gay, clearly I knew I may well have been but if I loved football and I played football then people wouldn’t think I was gay because it was a manly sport,” added Gary.

After leaving the game it took Gary a further six years to come out.

“I didn’t come out till I was 24 but I wish I’d done it a lot sooner because everybody in my life, friends, family, work colleagues have always been 100 per cent supportive.”

Having found that there was a football team close by to where he grew up, Gary took the plunge and joined Bexley Invicta Football Club in 2014. 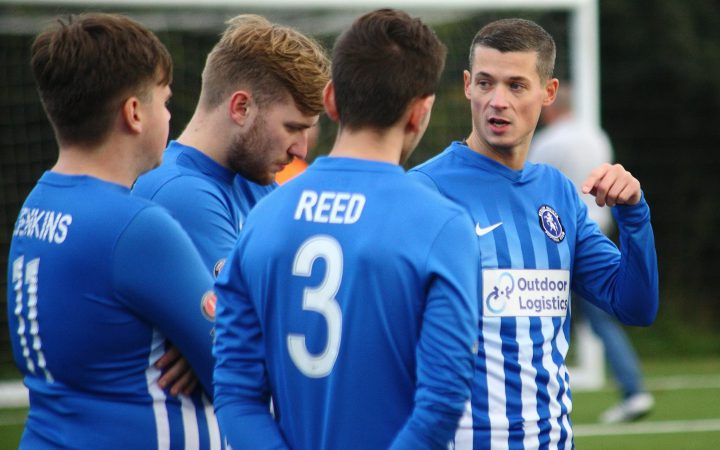 Now, as their player-manager, he is in charge of a growing club playing in the London Unity League, which welcomes LGBT-friendly teams including Bexley which has seven gay players in a squad of 22.

Gary says that the number of “straight” players playing in the LGBT league shows that “it’s a changing culture”.

The team recently took part in the Kent FA Cup for the first time in its five year history.

Gary has said that he would like his team to play other teams outside of the LGBT-friendly league to help break down barriers.

“We played friendlies (warm-up matches) in the summer against local teams. Before the game, they may have had their own observations of what we were going to be like because they knew we were an LGBT-friendly team before we played them,” he said.

“Afterwards, the only thing they were talking about was our football ability. That was the key message for us to get across.”

Now with an inclusive nature in the lower leagues, Gary says he would welcome a professional coming out.

“I know it’s different because I’m not in the public spotlight but at the same time it is the same. It takes somebody to stand up and say you know what I don’t care anymore and I think everybody would start to follow suit,” he said. 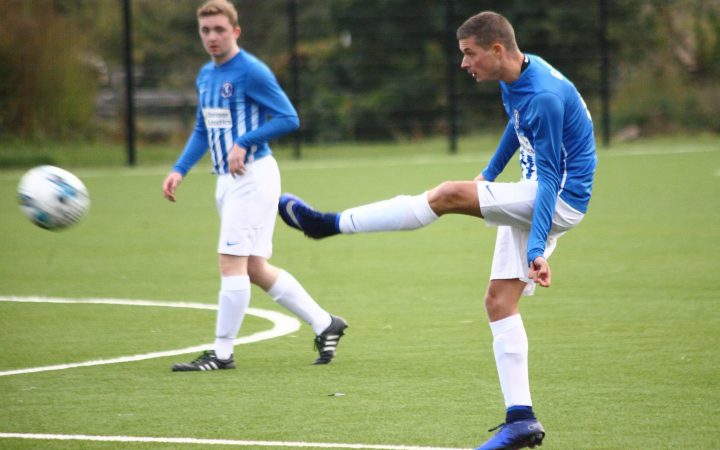 Rhys also plays in the London Unity League for Soho FC where he was able to get his team-mates input when making Wonderkid, along with screenwriter Matt Diss, to make sure it was believable.

“That helped us adjust it to make it as authentic as possible in terms of the character’s struggle with his sexuality, from what some of my friends had heard at grassroots level in football and some of the fans had experienced at the games,” said Rhys.

Though still an issue, the positive fact is that 92 per cent of fans would have no problem with a gay footballer on a professional team.

Campaigns like Rainbow Laces by Stonewall have sought to challenge fans attitudes and show that the game is for everyone.

Over the weekend of November 26-27, players in Premier League matches wore multicoloured laces in support of the initiative. 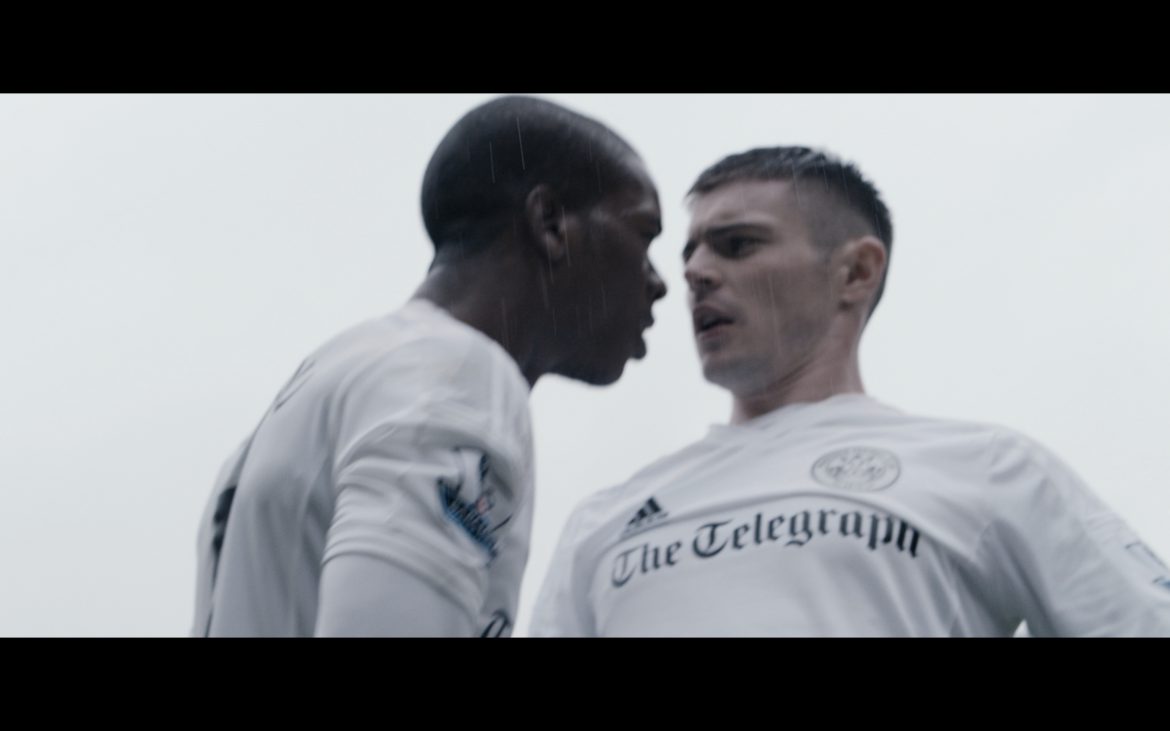 Wonderkid hopes to show the game is for everyone [Wonderkid Films]

Stonewall campaigns manager Juliet Chard said: “When homophobia in sport is tackled head on it signals that hateful language and behaviour is not tolerated, and sends the strong and inclusive message to LGBT fans that sport is their game too.”

Rhys also stresses that the issue has more to do with education within the game itself.

“I think the majority of people are decent really and all hatred is stemmed from fear. We don’t have a curriculum with mandatory LGBT sex and relationship education so a lot of people don’t quite understand sexuality. Some people might still think it’s a choice.”

The football kits used in Wonderkid were provided by big name sports brand Adidas, where Rhys showed the film at the company’s Manchester distribution centre as part of their global diversity day.

“I did a screening to a hundred factory workers; they were all in their high-vis (overalls). They loved the film. In the Q-and-A I did afterwards I was overwhelmed with questions, they were really excited and what I learnt a lot and had suspected before is that we’ve created an exciting football film that will entice any football fan.”

When asked if we will see an openly gay footballer in the Premier League within the next five years Rhys said: “Definitely. People in the game know this is a massive problem, it’s almost a tipping point.

“We shouldn’t see players coming out as the end goal it should be about the culture within football. Gay footballers will be a natural manifestation of that culture.”

With the pressure now firmly on those at the top to pull out all the stops to create that safe environment for LGBT players, it’s up to the fans and players at all levels to kick homophobia out of the game for good.