The return of Abstract Expressionism

Immense, confronting and wild paintings from American art have gone on show at The Royal Academy of Arts.

It is 57 years ago since the United Kingdom last hosted a collection dedicated to Abstract Expressionism.

The exhibition starts with the early work of many artists grouped under the term which was coined by critic Robert Coates.

What they shared was the emotional intensity that charges their work; they considered the process of making art, the journey, as important as the final product.

The first section of the exhibition shows the early work of the artists, and their slowly departure from a figurative representation of reality.

They were mainly influenced by the European artistic trends of the 1930s with a deep knowledge of Cubism and Fauvism, which reduced figures to simpler shapes, and used raw colour.

Movements like Surrealism, Dada and automatism played a role in their interest in the unconscious, with the discovery of psychoanalysis.

What interested them in the work of abstract artists from Europe was that the perceptions of the senses were translated into paintings that moved between control and the spontaneous.

“It is our function as artists to make the spectator see the world our way, not his way.”
Mark Rothko

Before the end of the Second World War, the American market was dominated by European art – in the post-War period, with political isolation and economic growth, American artists had an opportunity to re-establish the importance of their own art.

By the 1950s they were exporting it to Europe, with New York gradually gaining a position at the centre of the Art World.

In the exhibition there are examples of work made by women such as Joan Mitchell, Lee Krasner and Helen Frankenthaler – at the time, they were rarely mentioned publicly in spite of having their own solo exhibitions and with their male partners.

Co-curator Edith Devaney said in the audio guide that “A lot of the critics at the time weren’t talking about the women” and that “the media, to a certain extent, were to blame: they were perpetuating what we see now a flaw in society.”

“We have a mechanical means of representing objects in nature, such as camera and photograph” said William Wright, who interviewed Pollock. He also said that the modern artist is “expressing his feelings rather than illustrating”.

“We favour the simple expression of the complex thought […] it is our function as artists to make the spectator see the world our way, not his way,” said Rothko in a letter to the editor of the New York Times in 1943.

To avoid figurative interpretation of their art, some of the painters gave the paintings numbers, dates or a list of colours as a title.

Some of them used methods that were far from traditional, like Pollock’s poured and dribbled liquid paint technique, or Still’s application of paint with a pallet knife.

They knew about the working methods of Mexican muralists, which led them to use large-format canvases – for Rothko this was a way to be more intimate and human; more immersed in the experience.

For Pollock, easel painting was a “dying form”, and he favoured mural painting as he said on an application in 1944 for a grant given to him to paint one for the Guggenheim Foundation.

The group that, at the time, exhibited their work in New York, was very diverse: American painter Franz Kline studied Oriental Art, and was taken by the idea of an unpainted space as an infinite space.

Kline started by sketching in small papers and with the help of a projector on a wall he could enlarge them to see how they would look in a large format. 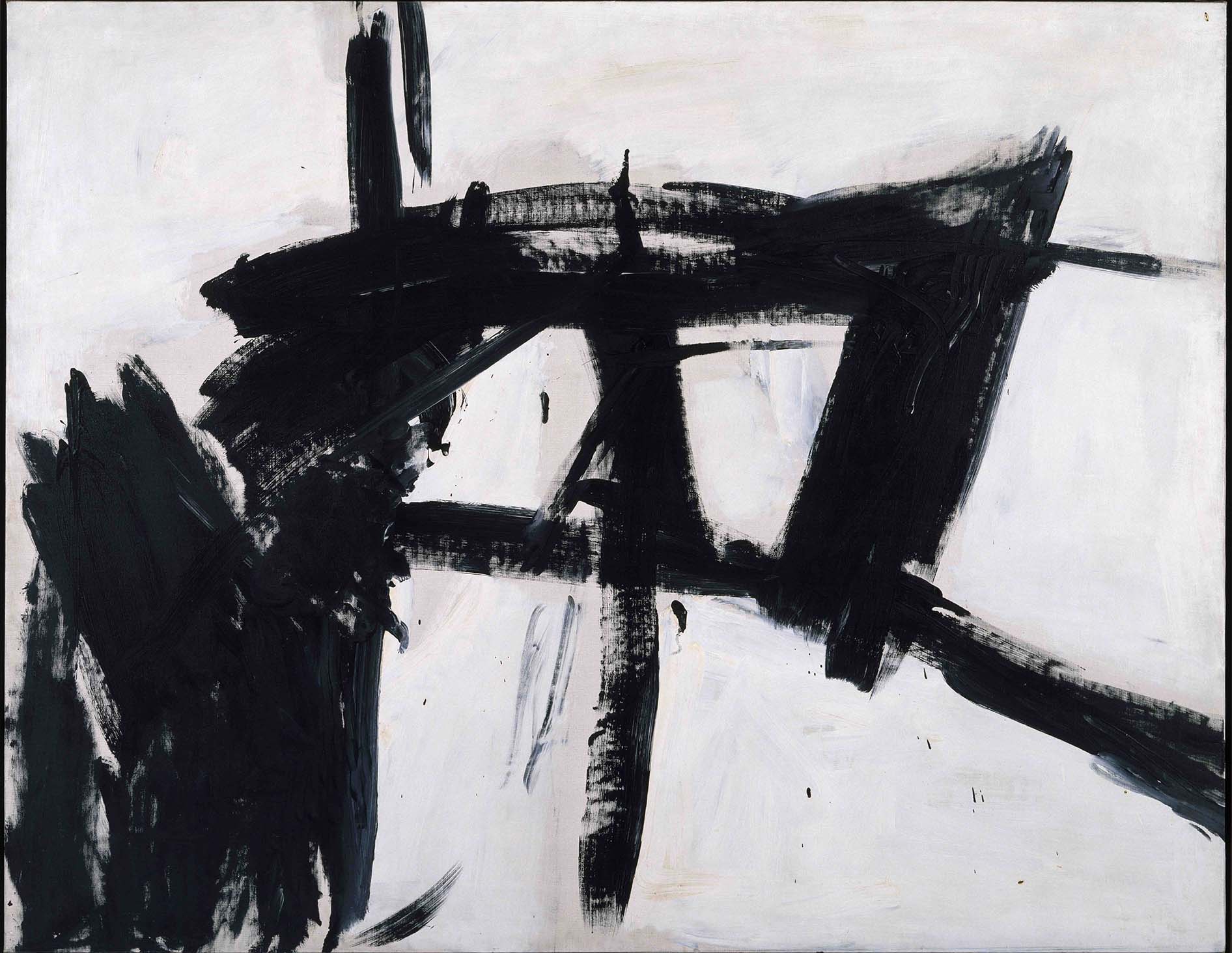 Curator David Anfam has dedicated a significant part of the exhibition to painter Jackson Pollock, who was originally from Wyoming.

His paintings were made on the floor using some of the techniques of the native American sand painters – using various tools he poured and splashed paint using the strength of his whole body, letting gravity finish the job.

This technique, known as action painting, was made famous by him; making the work was a show in itself, the painting becoming a memento of the event.

“There was a reviewer a while back who wrote that my pictures didn’t have any beginning or any end. He didn’t mean it as a compliment, but it was. It was a fine compliment, only he didn’t know it,” said Pollock in an interview with The New Yorker in 1950.

David Smith worked with metal at a car factory, where he learned a work system that made him very prolific. American minimal sculptors followed his influence in later generations. 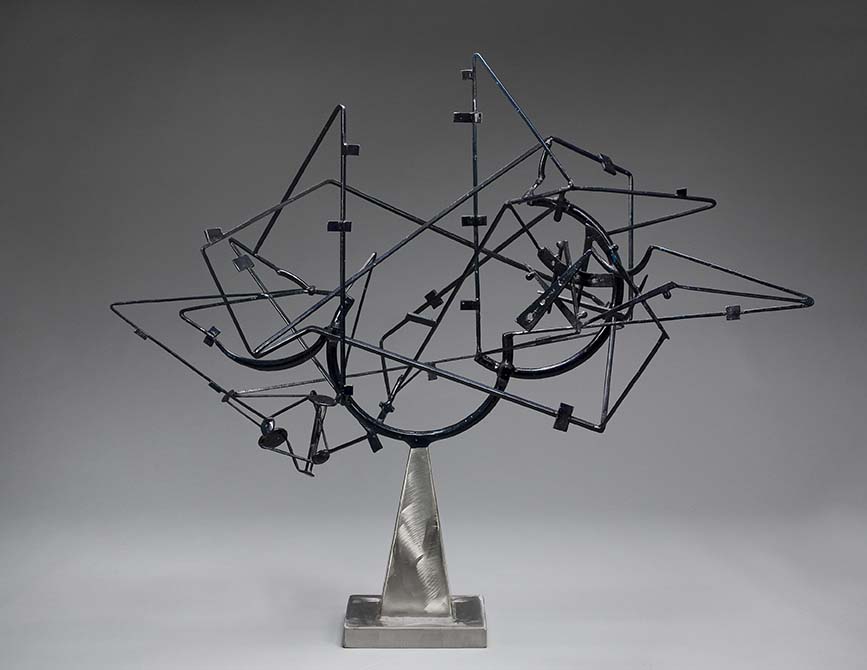 American painter Clyfford Still is “credited for having shifted from representational painting to abstraction earlier than his colleagues,” said curator David Anfam to Phaidon website in 2011.

“His work has a visceral impact. […] Still managed to combine this intensity with a rare degree of subtlety and delicacy.” 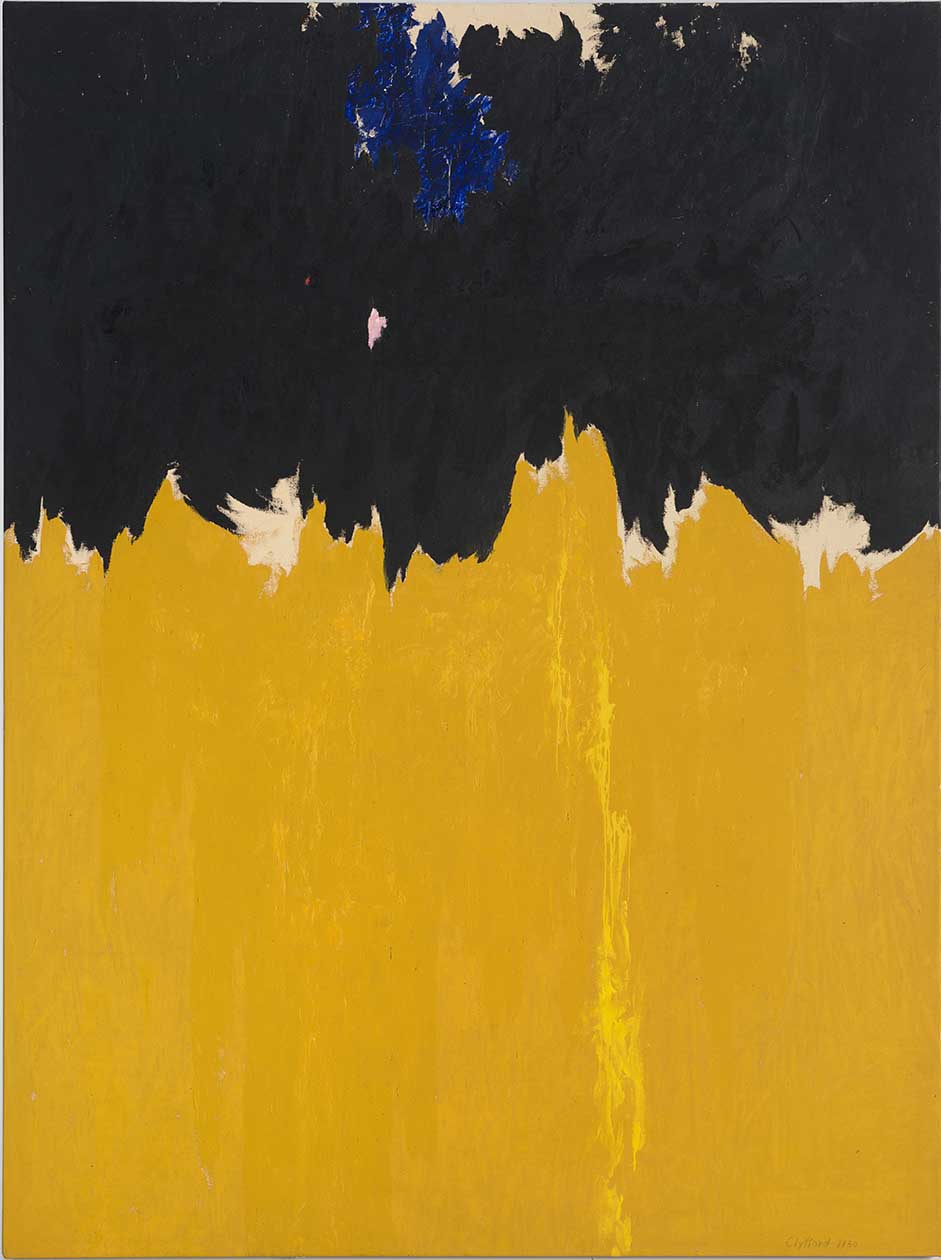 Mark Rothko migrated to the United States with his family to stay away from the political dangers that the Jewish Community had to face in Czarist Russia. He expressed in his immersive paintings a religious attitude, as a way to transcend ever-day reality. 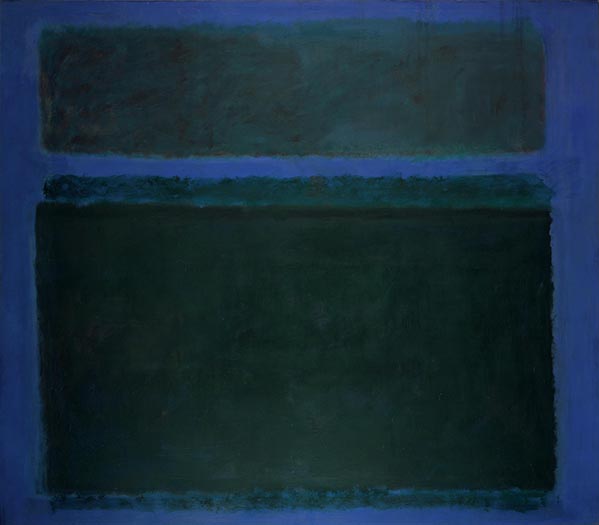 Willem de Kooning, born in the Netherlands, was influenced by cubism. He was controversial for showing an apparent negative image of women in the series Women. 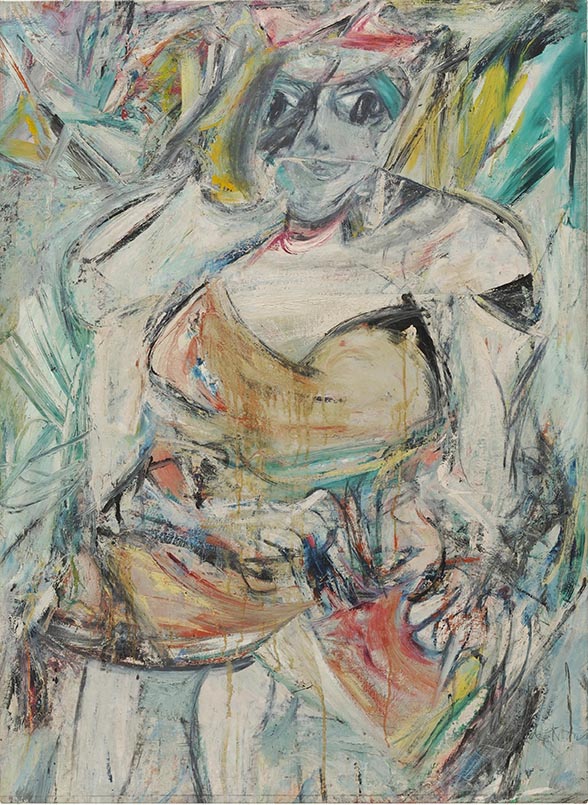 Armenian painter Arshile Gorky arrived to the United States at the age of 16, to get away from the dangers that the Armenian genocide posed.

Water of the Flowery Mill is a hybrid based on his observations from nature, using a technique he called “psychological automatism”. 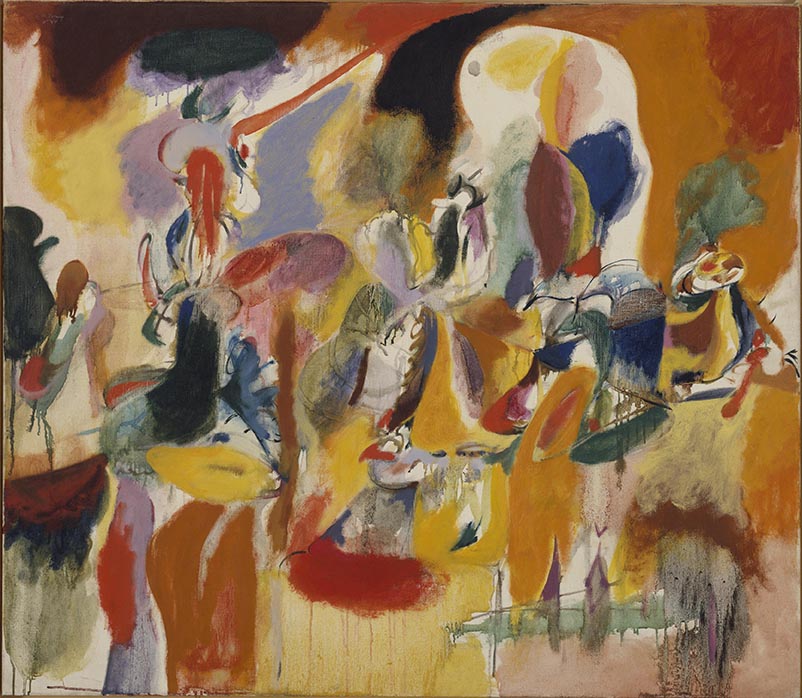 The paintings are called “violent,” “tragic,” “nervous,” and “melancholic” in the exhibition.

A great importance was given to the unusual way some of the painters in the group ended their life, as if it was the result of the rawness and intensity that was part of their experiences and personalities.

It was said that this exhibition is not as big as the one that was held at the Tate 57 years ago, but is an exceptional opportunity to see great art.

The Abstract Expressionism exhibition is open at the Royal College of Arts until January 2, 2017