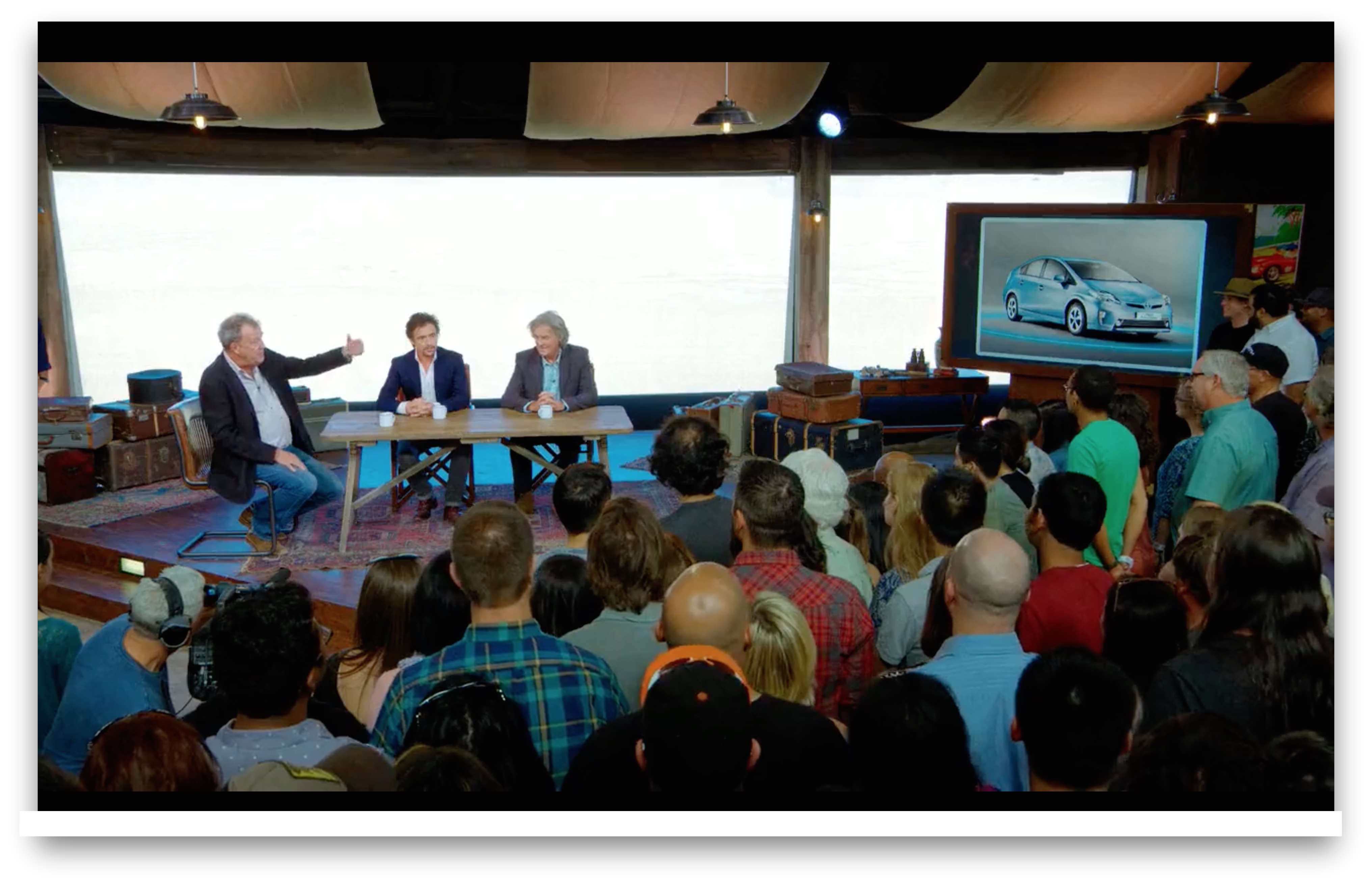 It’s been an interesting year following the punch-up that took place between Clarkson and BBC producer Oison Tymon.

The new season of Top Gear arrived early on this year and now The Grand Tour has come just in time for Christmas.

However, the new season of Top Gear was rather underwhelming – hit and miss humour, Chris Evans’ controversy and the lack of the former hosts combined with the shortcomings of the new ones were its downfall.

Fans therefore rejoiced to the heavens when Amazon announced that they were bringing back Jeremy, James and Richard to the living room.

Although, the BBC had valiantly tried to replicate their success it was time for Amazon to have a go.

Amazon also has a fair bit cash laying around, valued at around $237 billion, the proverbial behemoth of an internet company promised a new take on the old style but with the same laughs.

At the start the impressive and almost evangelical intro ‘JC’ makes is the first sign of what you’re in for with this new re-worked and re-vamped formula.

He passes through a desert in a very similar manner to the other famous ‘JC,’ surrounded at the end by his comrades and colleagues of the car world.

The intro is also quite clearly a casual flex of the all-new ‘amazonian’ budget, so to speak. It really is a tour de force of unreal scenery, expensive autos and crass humour.

After the spectacular opening the first of a few changes began to be listed. The best way to describe said changes would be to use the Thai phrase of “same same but different.”

It is the vibe you receive from watching the whole show; they haven’t tried to upset the apple-cart too much but a few alterations are noticeable and noteworthy.

For example, they now travel the world with a large tented studio instead of being based in Guildford every week.

I quite like this change as after 14 years seeing grey old Guildford week after week was beginning to feel a bit mundane.

Running without the censors of the ‘Beeb’ the humour has now returned to an all time high.

It is clear that the iconic trio have been granted more creative control over their jokes with many risqué moments in the first show. 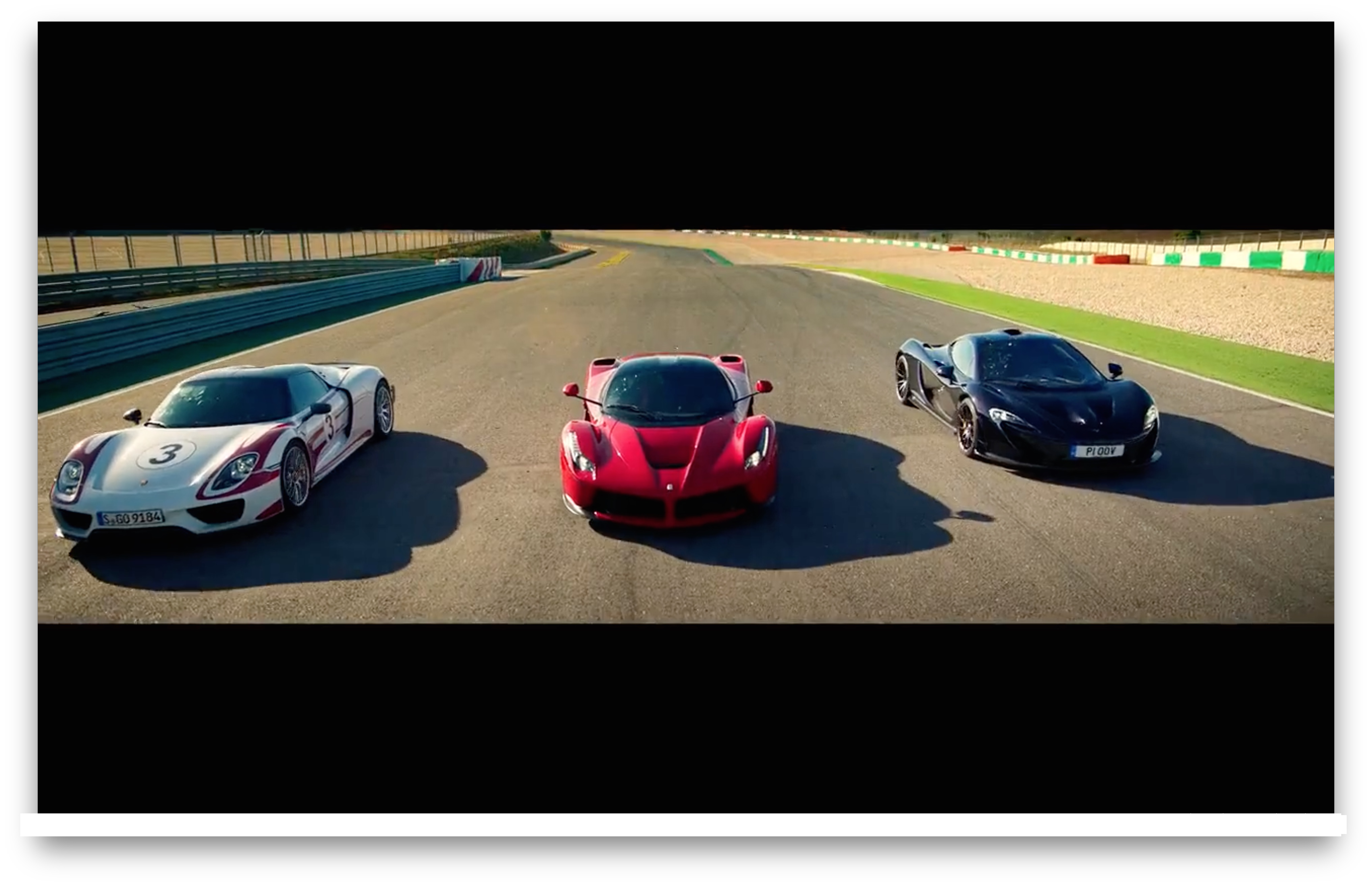 The Porsche 918, Ferrari LaFerrari and McLaren P1 lined up and ready to run

Conversation street is also a ‘new’ addition to the classical Top Gear formula which is essentially ‘the news’ from the old show.

Nothing incredibly ground-breaking here but to quote Bert Lance, “If it ain’t broke, don’t fix it!”

The test track is an all-new addition however. Dubbed the ‘most dangerous test track in the world’ or the ‘ebola shaped circuit’, it is a pleasant addition to the show. It balances fast straights, hard corners and drift friendly bends all around.

I was rather disappointed with the all new rally-cross test track offered in the 23rd season of Top Gear, so it was reassuring to see a new track live up to expectations.

Strictly speaking this is supposed to be an entirely new show which has no relation to Top Gear what so ever but I think we all know this is the show which true Top Gear fans will tune in to. Not to say the old show will cease to exist, but The Grand Tour has essentially blown it out of the water.

To round off the episode the much anticipated review of the holy trinity of hypercars finally occurs with the Ferrari LaFerrari, Mclaren P1 and Porsche 918 going head to head on the Autódromo José Carlos Pace in Lagos, Portugal.

The showdown was spectacular with wagers thrown in at the last hurdle to spice up the excitement. The finale was definitely worth the wait; it’s just a shame we probably won’t get to see them run around the Dunsfold test track.

All in all I was incredibly impressed with how Amazon have managed to replicate the working formula the BBC held for 22 seasons. The show feels like how the 23rd season of Top Gear is meant to be, which is both a blessing and a curse.

It’s great to see the hosts back to their best but it leaves you wondering whether Amazon could’ve aimed even higher than they have done. The show is still fantastic though, a must watch if you’re a big fan of Top Gear.

One thing is for certain though, you’re going to be hard-pressed into finding another TV show this week which offers cars making obnoxious noises, middle-aged men making dad jokes, graphic celebrity death and an animation of King Henry the VIII’s head exploding.

The Grand Tour is available to watch now on Amazon Prime.