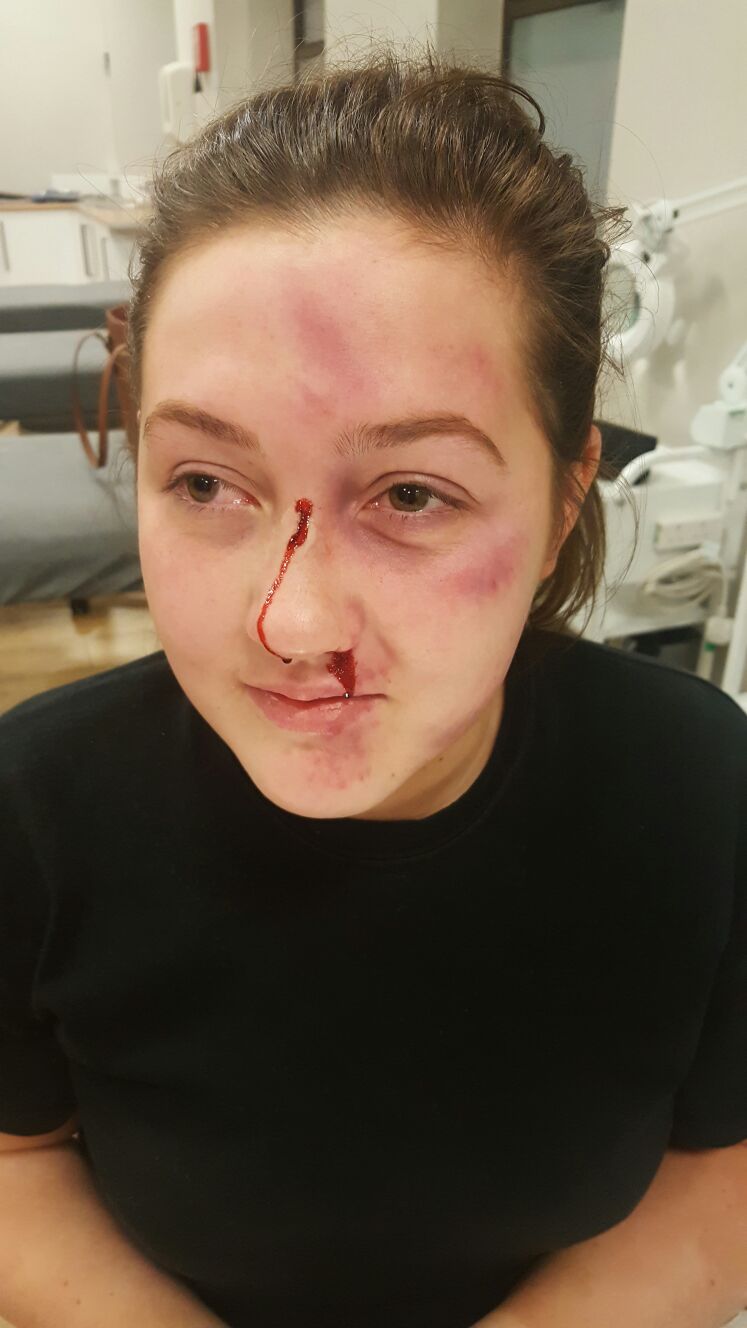 A student of Pamela Clare, a make-up artist who reproduces the effects of the domestic violence she’s seen at Women’s Aid [Pamela Clare]

“I was abused as a child and grew up in a domestic violence household, two in fact.”

Chris Tuck is an author and wellness coach, and a survivor of domestic violence.

“My mum is still in her second relationship where she is controlled mentally and beaten. None of her six children see her anymore because she didn’t protect us.”

“If children grow up in a domestic violence household it can normalise the abusive behaviour for them making them angry or they may turn into children who have deep anxiety and low self esteem issues,” she tells Artefact.

“I’m saying this from personal experience and I still get triggered to this day.”

As a survivor of “all forms of childhood abuse and neglect,” Chris knows how challenging it is to lead a normal everyday life and urges those in abusive relationships to take action.

Especially where children are involved:

“Remember if you are in an abusive relationship and you have children…it’s not only hurting you, but it will impact your children too,” she adds.

“I’m not saying this to make you feel bad…please just think about what the consequences are for all involved and get help and support when you can.”

Chris has a bestselling book, Through the Eyes of a Child which raises awareness of abuse by drawing on her own experiences.

Our interview with her coincided with the UN-designated International Day for the Elimination of Violence against Women, November 25.

Chris is also the founder and director of “Breaking The Cycle – Survivors Of aBuse” (SOB) helping to empower adult victims who have experienced any form of abuse, individually or collectively, including emotional, physical and sexual abuse.

The website’s mission statement is: “to empower adult victims/survivors helping them transform their lives holistically through mindset, nutrition and fitness.”

“Healthy relationships needs to be taught in schools as part of Personal, Social and Health Education lessons.”
Chris Tuck

“You are worthy of true love and respect so please look after yourself. If your happy, loved and respected, everyone around you will benefit,” she adds.

Oxfam statistics show that partner violence is a major contributor to women’s mental health problems, with women who have experienced this are almost twice as likely to suffer from depression compared to women who have not.

More than 700 million women alive today were married as children, 200 million women and girls have undergone female genital mutilation and 30 per cent of them will experience intimate partner violence.

A third of women worldwide have already experienced sexual or physical violence, mostly by an intimate partner.

In 2012, half of women killed worldwide were killed by their partners or family (only 1 in 20 men were killed in such circumstances). 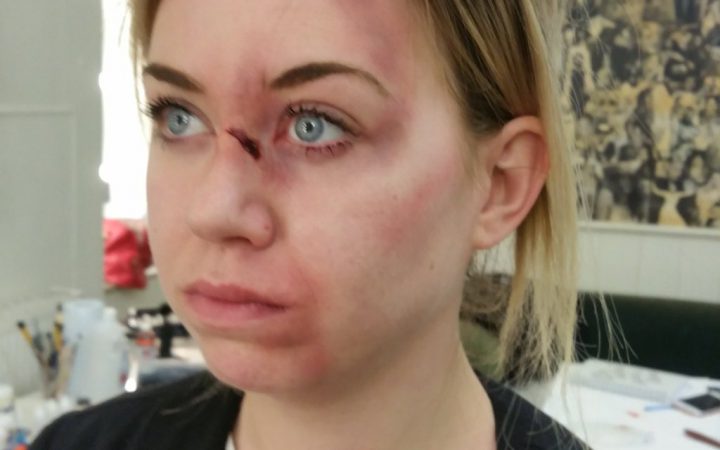 The Oxfam campaign kicks off 16 days of Activism against gender-based violence, which finishes on International Human Rights Day.

Bethan Cansfield, Oxfam International’s Head of Eliminating Violence Against Women & Girls Campaign, told Artefact : “Violence against women and girls is a global crisis, affecting one in three women around the world.”

“From childhood to old age, women experience abuse. This violence is rooted in gender inequality, the idea that men are superior to women,” she says.

“Marginalised groups of women, for instance poor women, women with disabilities and lesbian and bisexual women, face higher levels of violence as gender discrimination intersects with other forms of discrimination.”

“Whilst there is no single factor that causes violence, one of the strongest and most consistent factors that predict differences in prevalence in violence are discriminatory social norms,” Cansfield tells us.

“Oxfam has launched a new campaign to target these harmful social norms and we are asking people to join our campaign and say enough to violence against women and girls.

“Women’s rights are human rights and Oxfam is ‘committed to ending this crisis once and for all’.”

Violence against women and girls knows no boundaries of geography or culture – it is a global crisis.

Oxfam’s executive director Winnie Byanyima, who is also a member of the UN High-Level Panel on Women’s Economic Empowerment, says: “Women’s rights organisations and movements have long been challenging the acceptance and prevalence of violence against women and girls, but as it is so unjustly ingrained in societies across the world, more of us need to take action.”

A recent report by the London School of Hygiene and Tropical Medicine shows that women experiencing intimate partner violence are almost twice as likely as other women to have alcohol-use problems.

The report also found that women experiencing physical and/or sexual partner violence are twice as likely to have an abortion.

Oxfam’s report describes a Moroccan woman survivor of violence and women’s rights advocate, Saida*, who says: “Before I thought marriage was everything in life: the present and the future. Now, I believe that life is much more than a husband. Life is also to have a job, to travel and to study.”

Twitter users have recently shown their support for the campaign:

As an activist & father to 2 girls, I #SayEnough -we can & must all be part of cultural & systems change to end VAW https://t.co/2zWqwW8VXf

To break free of gender violence, we must all #SayEnough and act. #HeForShe https://t.co/TxR9ghJvou

You can join Oxfam’s ‘Enough is Enough’ campaign: http://www.sayenoughtoviolence.org, and on Twitter with the hashtag #SayEnough.

*Saida’s name has been changed to protect her identity.