The silence of the bees

What a world it would be if one day our children didn’t have the chance to discover fluttering butterflies chasing each other in circles or buzzing bees working tirelessly around flowers.

The sights and sounds of summer would be lost without insects.

Albert Einstein once said, “If the bee disappeared off the surface of the globe, then man would have only four years of life left. No more bees, no more pollination, no more plants, no more animals, no more man.”

That’s a statement presented by one of the greatest thinkers of our time and yet many of us do not grasp the depth of it. The importance of these tiny creatures and their expert skills to pollinate is crucial towards understanding biodiversity.

The economic worth of pollination has been estimated at £603 million in the UK, and directly impacts on the cost of our food.

“Bees have been in people’s consciousness for over three years; they are the single most important issue above climate change for the general public,” says Gill Perkins, the CEO of a United Kingdom-based charity, The Bumblebee Conservation Trust (BBCT), a science-based evidence-led charity that works closely with scientists, farmers, landowners, corporates and the government.

Why the world’s crop production is dependent on bees

There are more than twenty thousand species of bees worldwide. However, it is the honeybees, bumblebees and carpenter bees who live socially in colonies and play a crucial role in orchestrating how well human agriculture works. Besides providing the world with honey, a miracle in it’s own right, bees are the greatest pollinators on earth.

A range of essential foods like tomatoes, broccoli and almonds rely on bees to transfer pollen grains from plant to plant. Bees play an important role because they collect the pollen from the male anthers and carry it to the female stigma. Only until the pollen has landed on the stigma of a flower from the same species, can the lifecycle of the plant be complete.

According to Greenpeace USA, bees pollinate 70 of the top 100 human food crops, which supply approximately 90 percent of the world’s nutrition.

However, Perkins told us that along with “far less flowers in the countryside”, external man-made pressures are also making it increasingly difficult for bees to pollinate, “When you combine this with modern pressures like pesticide exposure, climate change, and exposure to parasites and diseases, it is clear that our precious pollinators are at risk.”

Dr Marla Spivak a leading entomologist in the United States, told us: “The overuse of pesticides and the rapid spread of parasitic diseases, monocultures and flowerless landscapes are some of the reasons we are losing them.” 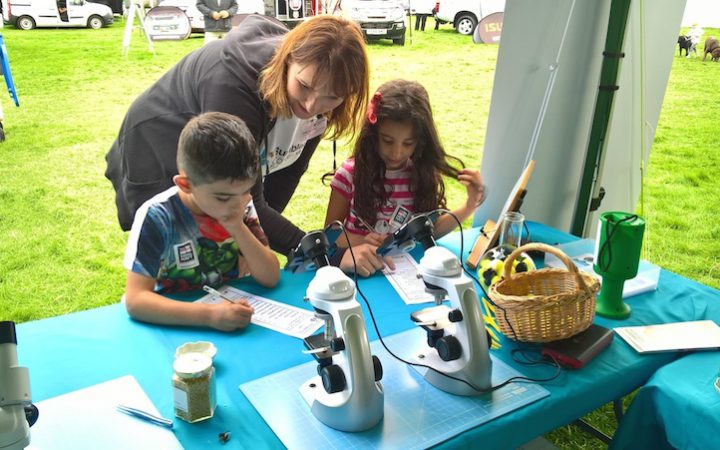 Young volunteers and member of BBCT learning about bees. [BBCT]

Bees have been confronted with modern pressures since WW2

Dr Spivak believes industrialisation has increased pesticide usage dramatically: “After World War Two, we started using pesticides on a large scale and this became necessary because of the monocultures that put out a feast for crop pests.”

An insecticide known as a “neonicotinoid” is widely used on lawns, gardens, crops and forests. This particular class of pesticides is designed to affect the central nervous system of crop pests. It binds to the receptors of the enzyme nicotinic acetylcholine in the insects and this causes excitation of the nerves that eventually leads to paralysis and death.

This can also be detrimental for bees, “If these neonicotinoids are applied in high enough concentrations, then the compound moves into the pollen and nectar, and once consumed will ultimately kill the bee,” Spivak explains.

She went on to explain how bees also have problems of their own – mites. The Varroa destructor is a common parasite found on bees, “which comprises the bees immune system and circulates viruses,” adding to their “multiple interacting causes of death”.

Another growing contributing influence is climate change: temperamental weather leaves bees homeless. “Climate changes in seasonal weather patterns and increased extreme weather events can affect wild pollinators by limiting their ability to forage and nest. It may also initiate early emergence when the weather is warm for a few days in spring, followed by three weeks of snow,” explained Perkins. 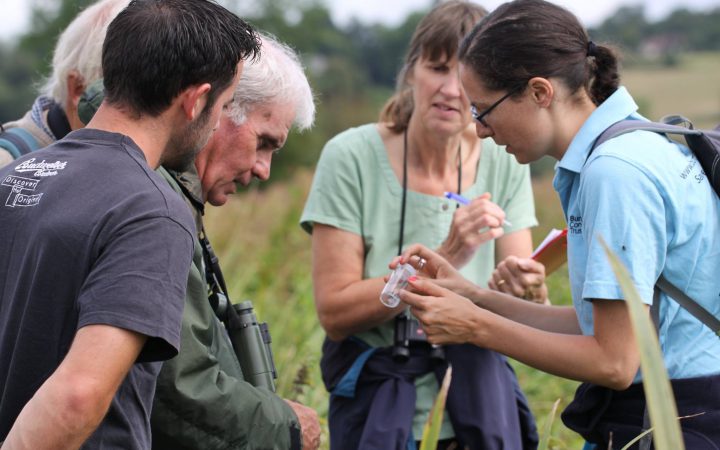 A need for environmental education

“We know from experience that the connection between bees and where our food comes from has been lost,” said Perkins. She believes one of the problems is a lack of awareness amongst the youth, “We go to schools and ask the young people what do you know about bees  – the answer is invariably ‘they sting’ or ‘they make honey’. Very rarely do children say they are responsible for every three mouthfuls of food we eat.”

“I spent a number of days inside the lab counting pathogen loads in the honeybees’ abdomens under the microscope and sorting pollen packs on their hind legs. Other days, I went out into the field to feed bees, check on queens, and collect bees for studies,” she told us.

A commercial beekeeper they worked with would collect honey supers from “the hundreds of hives” they had. This beekeeper would extract honey that they would then sell to supermarkets and co-ops in upstate New York.

Emily, who describes herself as a ‘bee researcher’ explained how her work experience made her realise the lack of and need for environmental studies in our educational systems:

“I think more schools could do classes such as this because it definitely garnered attention/support for honeybees. If not an entire class on bees, other environmentally focused classes could also have lectures or units on bees and have interactive sessions to go look at observation hives.” 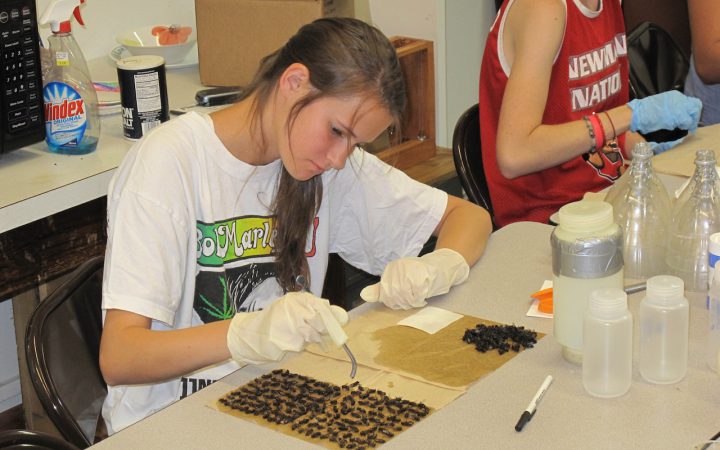 The lack of scientifically accurate articles on the subject is another downside according to Scott Draffin, the founder of Buzzing Meadows, a company that designs floral lawns to ensure the local bee populations in Melbourne, Australia are brought back.

Buzzing Meadows has a strong online presence on social media that enables like-minded scientists like Scott to engage in global and interactive discussions on bee deterioration, “I started looking through the literature and I realised th­­ere actually isn’t a lot of good information about bee decline. There is a lot of information but a very limited amount is good. I started a ‘Save The Bees’ Facebook group,” he said.

How to solve the ‘big bee-bummer’

Tackling these man-made pressures isn’t impossible. Questioning and engaging in discussions related to wildlife and habitat destruction is what scientists, conservations and researchers have indicated.

Dr Spivak revealed that the answer to solving this problem is hopeful because something everyone can do is plant bee-friendly flowers native to the area and keep those flowers free from pesticides.

Gill Perkins at BBCT also agreed planting more flowers can be the way forward, “For people with the smallest of gardens or simply a patio or balcony, a pot of lavender goes a very long way in bee friendly gardening,” she concluded.

If you’d like to learn more and volunteer to save bumblebees in the UK, visit The Bumblebee Conservation Trust