For those of us who love to kick off our shoes, let loose and dance into the small hours of the night, I think we can all feel thankful knowing that dance and music is celebrated culturally worldwide.

It brings us as human beings together. Communicating not with words, but through feelings, experiences and connections developed through music and dance.

As disco, funk, rock and jazz were kicking off all over the world between the 1960-70’s, Dance Movement Therapy (DMT) was also beginning to gain momentum.

Rudolf von Laban was one of the world’s most influential dance movement therapists who influenced this form of therapy by training specialists in expressive movement to help individuals that suffered from mental illnesses.

In an attempt to discover how this form of therapy still continues to be practiced throughout world today, Artefact has been meeting several therapists and their participants. 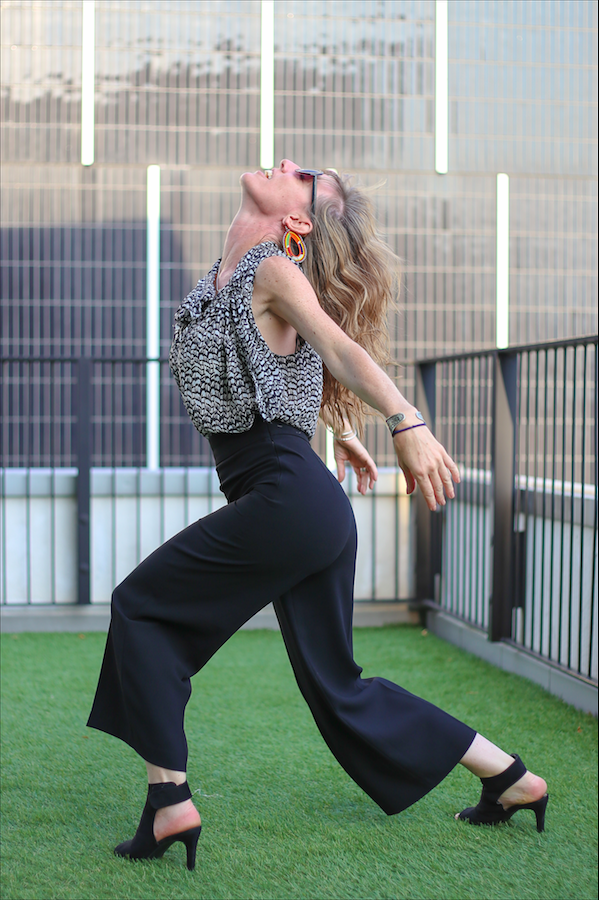 Katia Verreault, originally from Canada but currently based in The Netherlands is a certified Dance Movement Therapist, salsa dance teacher, trainer and group facilitator who specialises in working in a variety of multicultural contexts, particularly low middle-income settings.

Verreault founded A Moving World Foundation in 2013,  which is a platform that “promotes dance and movement as a therapeutic tool for self-empowerment, creativity, and community building and healing.”

So far she has held workshops in Nepal, India, Kenya, Uganda, The Netherlands, France and Greece.

She defines DMT as a form of therapy that can be used at different levels of care, which can be used in “supportive , preventive, stabilisation and therapeutic forms.”

However, most importantly DMT can offer significant social support and a safe psychological space for sharing.

Recently, she has been organising specialised DMT interventions that help traumatised refugees and asylum seekers who have been suffering from a variety of mental illnesses since arriving in the Netherlands.

“I have worked in both out/in patient care for refugees and asylum seekers in trauma centers and psychiatric clinics in the Netherlands with clients suffering from depression, addiction, psychosomatic disorders, anxiety and PTSD. Further, I have conducted practiced-based research on resilience-building, dance movement therapy, and trauma with women refugees.” 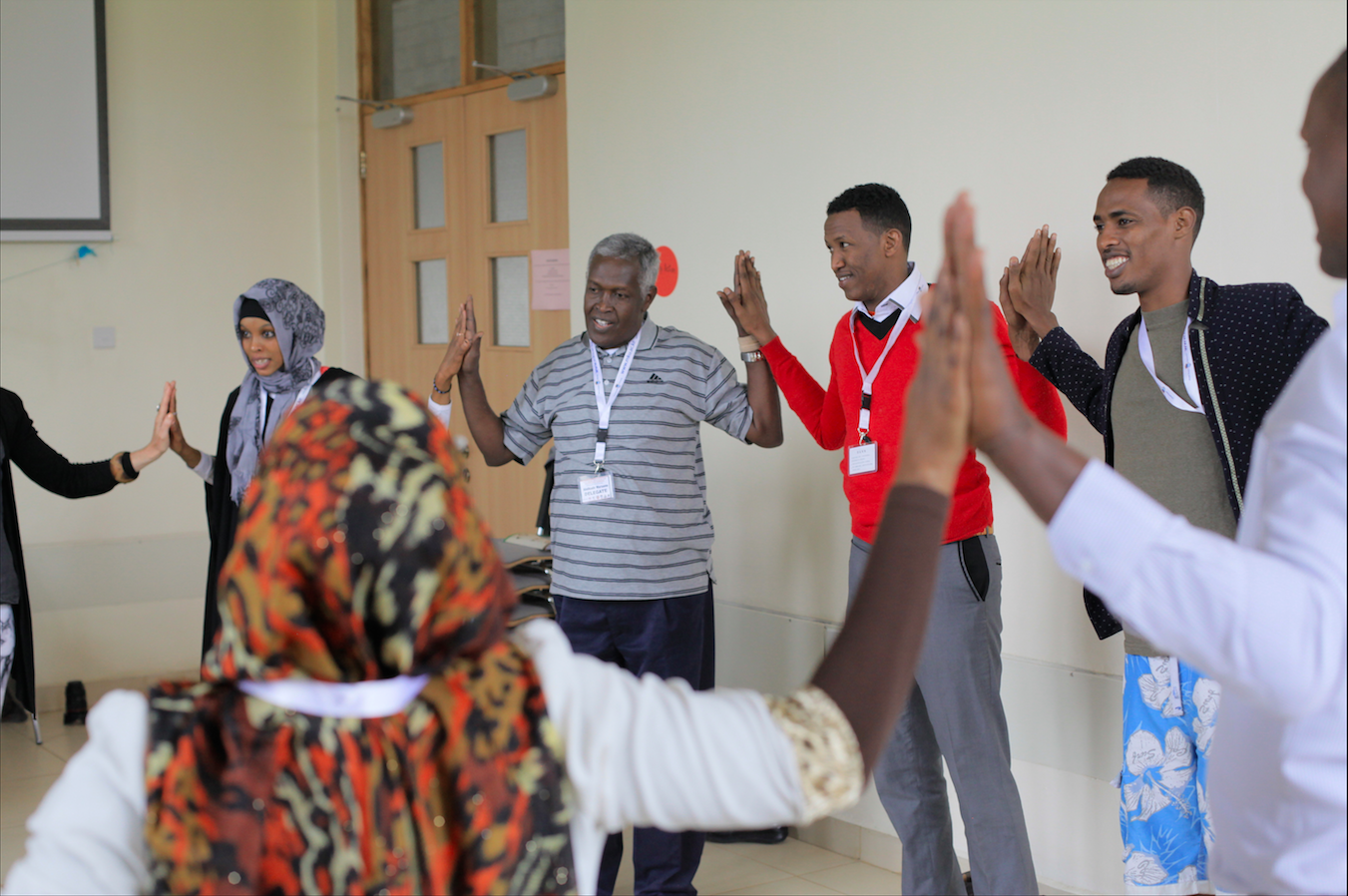 She indicated that despite the diverse political situations and context of where most of them come from, DMT has the ability to help them, “DMT can complement a resilience therapeutic framework while providing group support, a safe space and promote resource-building for refugee and asylum seekers.”

Inquisitive to learn what DMT workshops with traumatised refugees are like, Verreault describes the experience, “DMT sessions focuses on bodily engagement and includes the use of music, props, mirroring techniques, body awareness and movement exploration exercises.”

She added “The focus on the body offers opportunities for self-awareness, body awareness and self-expression with other group members.”

[pullquote align=”right”]I began to follow her movements slowly, it was very interesting to continue this technique of dance. I felt the impact of the experience 20 minutes after the class had begun.[/pullquote]

However, Verreault said that  despite this, “DMT sessions are always adapted to the needs of the group or individuals within the group.”

Most importantly, DMT emphasises movement and is not a dance class.

Tharcisse Niyonizigiye, a participant of the workshop describes his involvement in one of Verreault’s alternative workshops:

“The experience was at first was really strange for me. But Katia is a good person who uses her body to educate people. I began to follow her movements slowly, it was very interesting to continue this technique of dance. I felt the impact of the experience 20 minutes after the class had begun.”

For some, taking part in a DMT workshop is merely out of sheer curiosity but for others it can be instrumental in changing their lives. 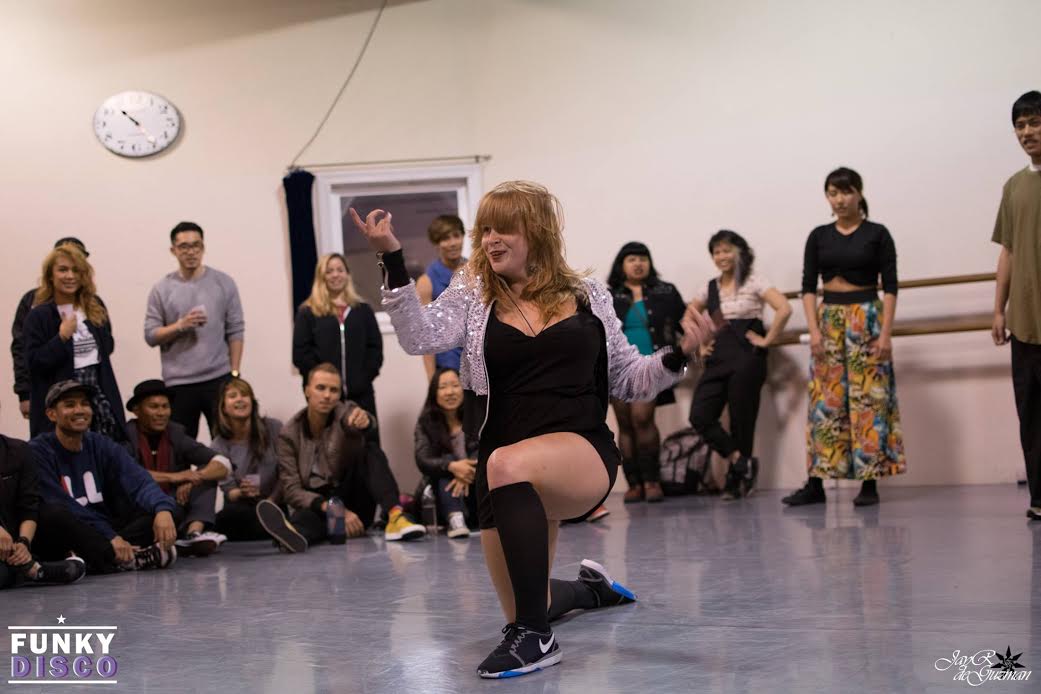 For Samantha Ethridge,  who suffered from a decade-long eating disorder, DMT was a key in helping combat her illness:

“While in my first year of living in San Francisco at 24, I hit rock bottom.”

“I would binge to the point of nausea at every meal, avoid social situations because of being ashamed of how I looked, allowed guys to take advantage of me because I had no self-respect, counted every calorie and every calorie burned, exercised to the point of exhaustion and threw up at least once a week,” she said.

It was at this time in her life that she decided to see a therapist to overcome her struggle with bulimia and anorexia. Today, she says she does not ‘spend hours and endless amount of energy’ thinking about how people view her.

This transformation inspired her to become a Somatic Psychologist and the founder of No Mirror Movement, an organisation in San Francisco that helps dancers forget about mirrors and barriers, in an attempt to understand their bodies instead.

“I talk very openly about my experience because mental health is something that affects us all, but no-one talks about it. I believe in using dance as tool to develop self-worth, promote body acceptance and challenge deeply held myths of beauty and health” she states.

[pullquote align=”right”]“Music and dance are related to core values and universal communication skill.”[/pullquote]Being a dancer herself, she feels the need to help other dancers who she says are, “at least 90% likely to develop an eating disorder due to the kinds of pressure they’ve confronted with.”

She believes dance can empower an individual to connect with their inner state of being and that it’s important for dancers to ‘cultivate inclusive, healthy, safe and creative spaces to authentically express themselves.’

Ethridge believes dance doesn’t need to include a particular structure or place. She’s been taking her dancers to the parks and streets of San Francisco to jam to some of her favourite styles and genres:

“Waacking, one of my favorite styles, is traditionally done to Disco music, so I listen to so much disco, all the time. I also love hip-hop, especially old school, R&B, indie-pop, and funk. My style is a fusion of hip-hop, contemporary and waacking, with a little theatrical flare,” she enthusiastically expresses. 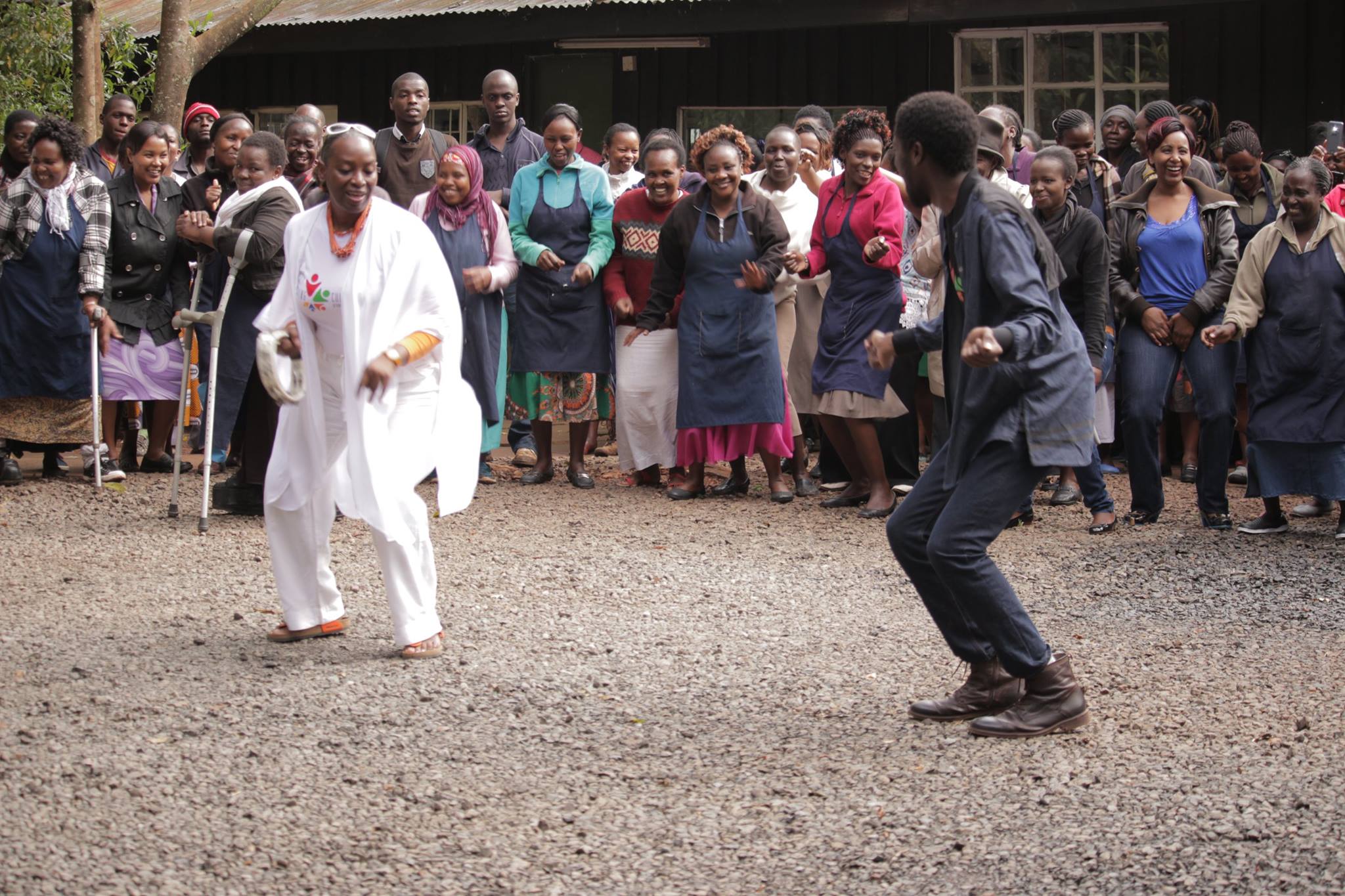 Wanny Angerer in Moving Cultures is a social movement that was founded in 2014 by Wanayran Angerer, a world-renowned Honduran Jazz performer.

Wanny Angerer, fondly referred to as Wanny, tells us about her travels across Africa, Europe, Latin America and the Caribbean using arts and music as a “conduit for social and cultural homogeneity to bring about positive change across the globe.”

The earliest known reference to music therapy dates back to 1789, in an article titled ‘Music Physically Considered.’

However, the profession didn’t gain popularity until the 20th century when musicians of all types went to hospitals to play for many veterans who were suffering from physical and emotional trauma from both the first and second world wars.

Since Wanny Angerer in Moving Cultures was established, they have been working on empowering socially and economically disadvantaged individuals.

She has worked closely with cancer patients, women victims of violence, children living in violent situations and people who are just curious to learn more about her therapy.

She explains how the music they play is based on the context of where they are and the patients they deal with, “Depending on the context we use music that is close to the generation we are working with or we use sound of the nature or sounds that are related to the language, the person or the group.”

One of Angerer’s patients, Huma, from Ahmedabad, India explains how music therapy from Wanny Angerer in Moving Cultures helped her husband recover from a brain haemorrhage:

“My husband had a cerebral stroke in April. He was on ventilation and sedation for four weeks in Nairobi at a hospital, and that was where I met Wanny. I was totally at a loss at that time, the doctors said that there was nothing more they could do for him.”

It was at that point when Angerer assured her that he’d eventually wake up with the help of music therapy. Huma was at first sceptical and even asked the doctor for his opinion,  who she says also made her feel certain that music therapy had the potential to work.

“Wanny and her team started giving him music therapy. He responded very well to the music. His hands and legs started moving. At times, he cried, and that means the music had very good cathartic value for him.”

She added: “The kind of songs chosen kept him positive and gave him hope about the future and getting back – and that was a major help for him. Now he’s so much better, he’s going to get back to living a normal life. The music did wonders for him for the initial stage. I will always be grateful to Wanny and her team and I hope they continue to help many more people and carry on this noble cause.”

Angerer told us that it’s quite common for her to come across participants that are at first, ‘skeptical, suspicious or confused’, but by the end of the session she often finds that ‘they are connected, relaxed, energised and open to relate to others and themselves.’

For someone who has performed across the globe, her advice on paying attention to the overall message music and dance has to offer us, will always resonate with me and hopefully it will with you as well:

“Music and dance are related to core values and universal communication skills… dance and music is the best way to express yourself without hiding your real feelings and emotions. They also give you the opportunity to be authentic.”

Visit A Moving World Foundation, No Mirror Movement and Wanny Angere in Moving Cultures to learn more about their workshops on dance and music therapy.

Tanviya is a third year Journalism student studying at the London College of Communication (UAL). In 2016, she interned at Deutsche Welle in Berlin from July to September and for Exberliner magazine in April. She spent two months interning at The Times of India in 2015 and for Greenpeace India in 2014. She is currently the Environment Editor at the IPF, the Editor for 'The Berlin Refugee Project' showcased on Tremr and a Freelance Journalist for The Refugee Journalism Project (London).
Articles