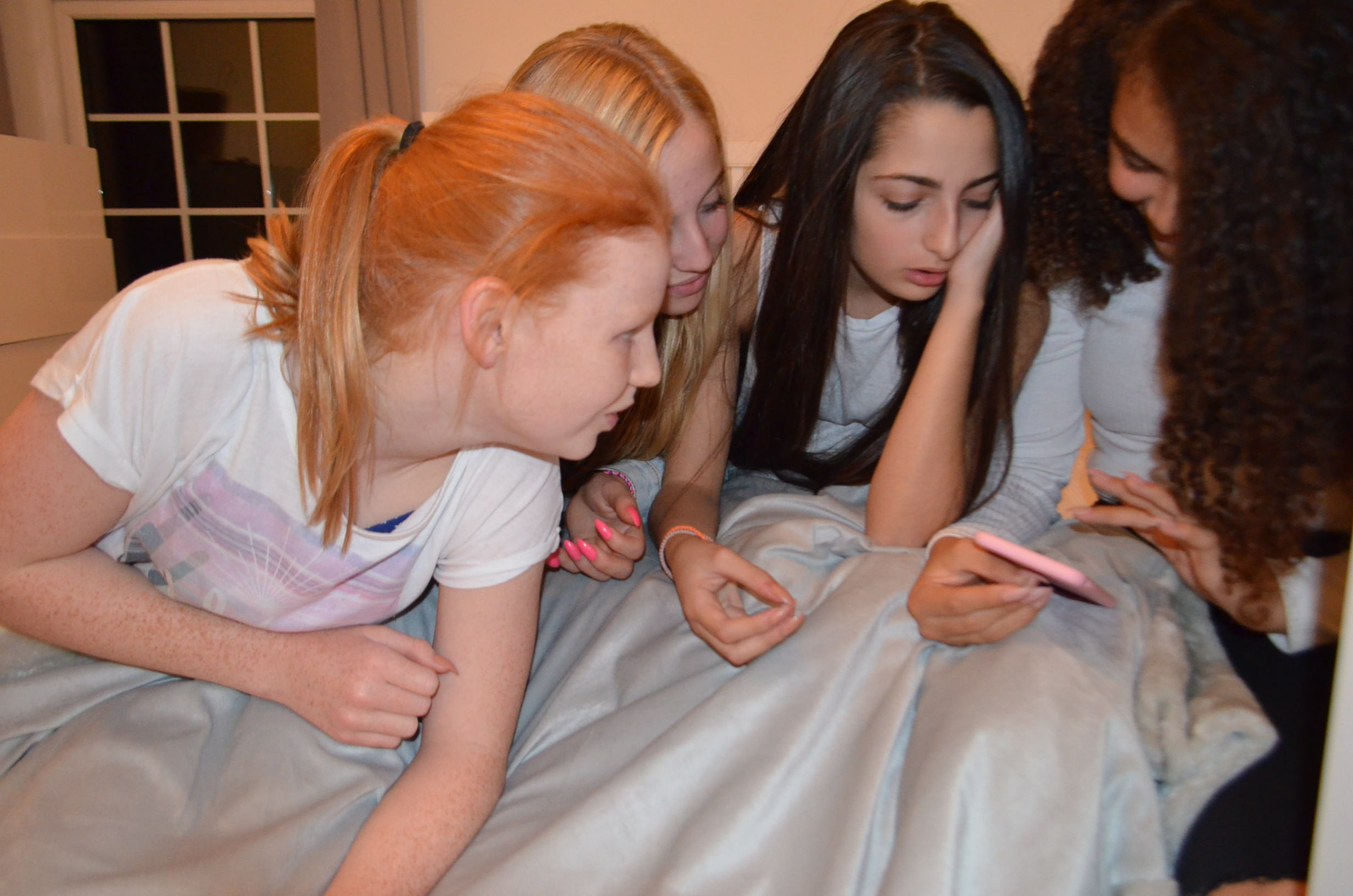 As social media platforms continue to elevate their way into the mainstream media and models such as Kendall Jenner, Cara Delevingne and Gigi Hadid are continuously thrown into the spotlight over their style, weight and social lives; one hugely significant question must be brought to the table: how does this affect the minds and attitudes of pre-teen girls?

Twenty or so years ago, the only way in which girls could mimic their favourite models was through looking at their image on a piece of paper whilst flicking through magazines, they could wear pink eyeshadow to school and backcomb their hair.

Now, they can embody them.

My sister is twelve. She is smart for her age and obviously beautiful, sometimes I peer through the crack in her bedroom door where she keeps herself locked up for up to eight hours a day.

I see her doing her make up, Youtubing, Snapchatting and Instagramming until the late hours, as though she’s possessed.

I’m confused. I can’t help but compare myself to her and how I was at such a young age.

It’s safe to say that things are far from the same as they were nearly eleven years ago.

Scrolling through her Instagram account, I can’t help but be intrigued and slightly jealous at the hundreds of likes and gawping heart face emojis under her seemingly innocent photos.

Does she really know all 235 people that have given her a ‘like’?

How did they even get access to her page? 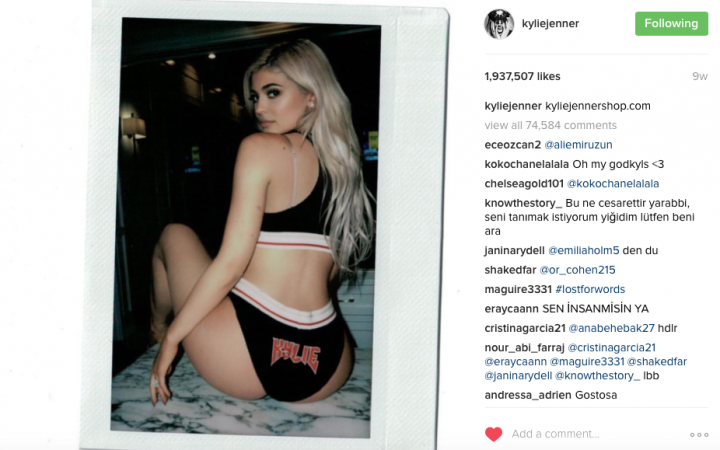 These questions worry me slightly.

With more than 500 million active accounts, Instagram is one of the 21st Century’s leading ways in which people from all over the world are able to share their most personal thoughts, opinions and lifestyles through a series of images or short video clips.

This, although innovative and brilliant, can also lead to certain dangers for young people, especially girls.

Since 2010, there has been a change in the way in which pre-teenage girls view themselves sexually.

Coincidentally, 2010 was also the year in which Instagram was created.

This not only poses serious dangers in terms of online predators who have easy access to thousands of Instagram accounts but also causes serious damage when it comes to self-image awareness in pre-teenage girls. 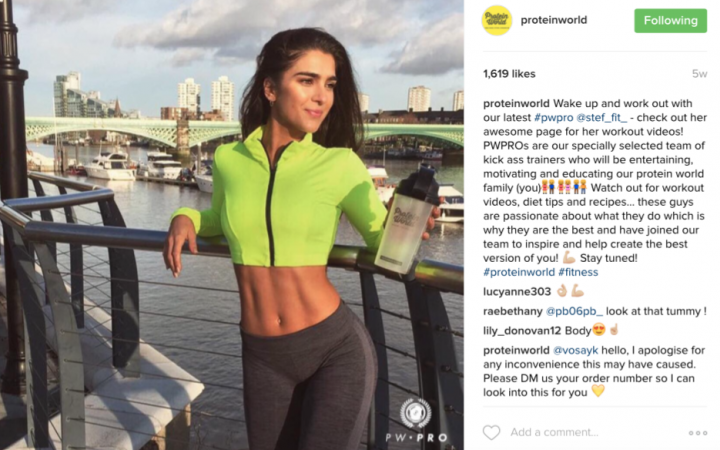 Could this all really be a coincidence, or is there a darker reason behind it all?

Charli Howard is a model and ambassador for ‘The All Woman Project’, a scheme to encourage self-love and appreciation for all women on social media.

Today, social media has convinced many girls that they’re not good enough.

“As much as I tried to focus on myself, it’s hard when you’re around beautiful women all the time, especially on social media.”
Charli Howard

A prime example being the Kylie Jenner Lip Challenge where girls would force their lips into shot glasses and suck on them until they got fuller, which ended in some girls being disfigured.

When discussing social media and how it affects young girls, it was clear that there are also a lot of positives when it comes to Instagram.

“I do think it affects young girls of course, but I actually think social media has opened our eyes to lots of different body shapes and forms of beauty, there are lots of movements for women on social media that are giving women and young girls a voice for the first time,” says Charli.

Although this is the case, I couldn’t help but wonder why young girls should have to be reassured that they are fine at such a young age. 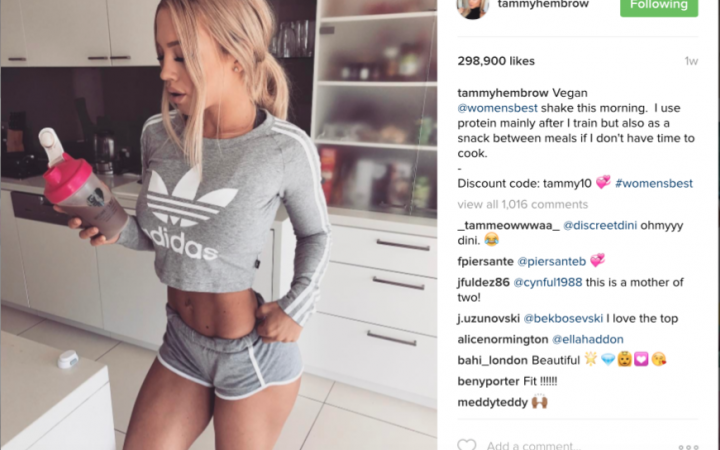 Is the new generation so unsure of themselves that they must trawl Instagram every day in order to feel accepted?

There are also the dangers of pre-teenage girls comparing social media stars’, Youtubers’ and models’ social lives to their own:  “I think girls assume other people’s lives are perfect when they’re obviously not. It’s important girls are made aware that there is more to life than just perfected images,” Charli told us.

The dangers were there and so were the answers.

However, as straightforward as it seems to shut off from these ‘perfected’ images and not assume these girls are any more than human, the idea of a 12-year-old clutching desperately at her iPhone whilst flicking through Kylie Jenner’s photos of her straddling the lap of a man eight years her senior makes me question just how much of an easy ideology that really is.

Can this generation be saved or are they already too far gone?