The women’s march: What’s next? 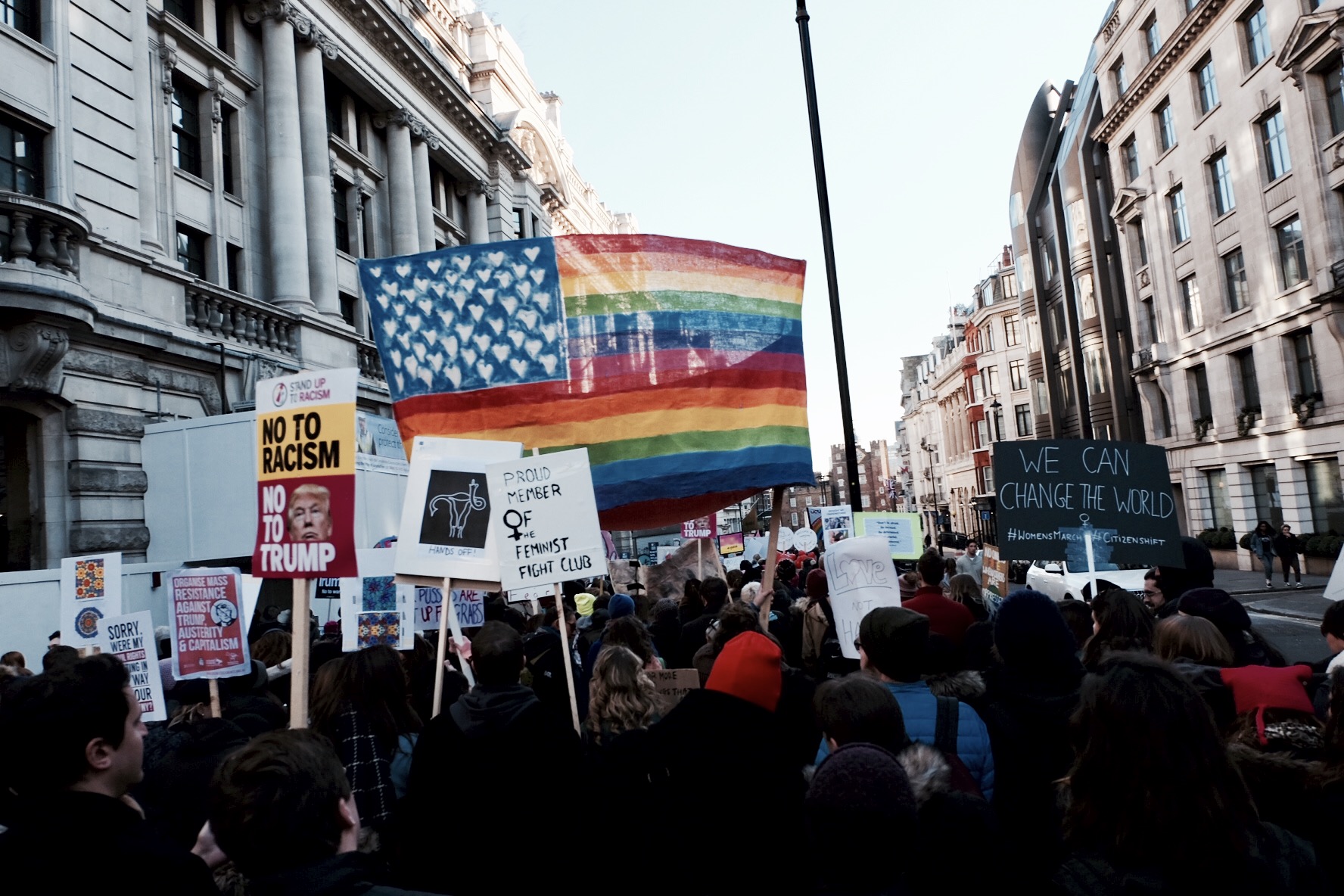 One day after the power transfer from President Obama to Donald Trump, more than 4.8 million people went out on all seven continents to protest.

At least 500,000 people gathered in Washington DC alone, which is estimated to have been three times the size of the crowd at Trump’s inauguration.

The Women’s March was the largest demonstration is US history. For the sister march in London, approximately 100,000 protesters gathered in front of the US embassy at Grosvenor Square on January 21.

It was a sunny, crisp and cold winter morning, and the Women’s March Washington on London identified itself as a pink hat-dominated crowd that peacefully marched to Trafalgar Square while chanting “When Donald Trump attacks, we fight back”.

Although London is one of the places in the world where shared identity is more common than in other places, the solidarity felt here was extraordinary. The number of women, men, children (and pets) that joined in to give their support was overwhelming.

There was no end to the creativity of the signs people created for the march; although women’s rights and Trump were the most discussed topics, it was obvious that the event’s purpose went beyond that.

According to the organisers of the Women’s March London Facebook Group, the purpose of the protest was “the protection of our fundamental rights” and “the safeguarding of freedoms threatened by recent political events. We unite and stand together for the dignity and equality of all people, for the safety and health of our planet and for the strength of our vibrant and diverse communities.”

But the Women’s March movement does not end here: ‘10 Actions in 100 Days’ is their next campaign following the historical marches.

The first action calls on all supporters to write a letter to Theresa May or a local MP to remind the government of UK’s commitment to human rights.

If you get confused about the overwhelming reasons to take action against the 45th president of the United States, this website can help: Trump Tracker helps to keep track of whenever he lies or backtracks on one of his statements.

Trump’s new environmental policies will lead to another gathering, the “People’s Climate March”, which will take place on April 29, in Washington DC, New York City and London. More locations will be announced.

Furthermore, a scientists’ march on Washington is planned (the date will be released here).

An immigration march has also been organised for May 6. The Facebook event for the Immigrants’ March already has 13,000 confirmed attendees and over 70,000 people interested.

President Trump has also delivered on his extremist anti-immigration campaign rhetoric by signing an executive order to build a wall on the border to Mexico and is in the process of closing the borders to Syrian refugees.

Trump sure does mobilise people – just not in the way he planned.