Why are we ignoring police brutality in the UK? 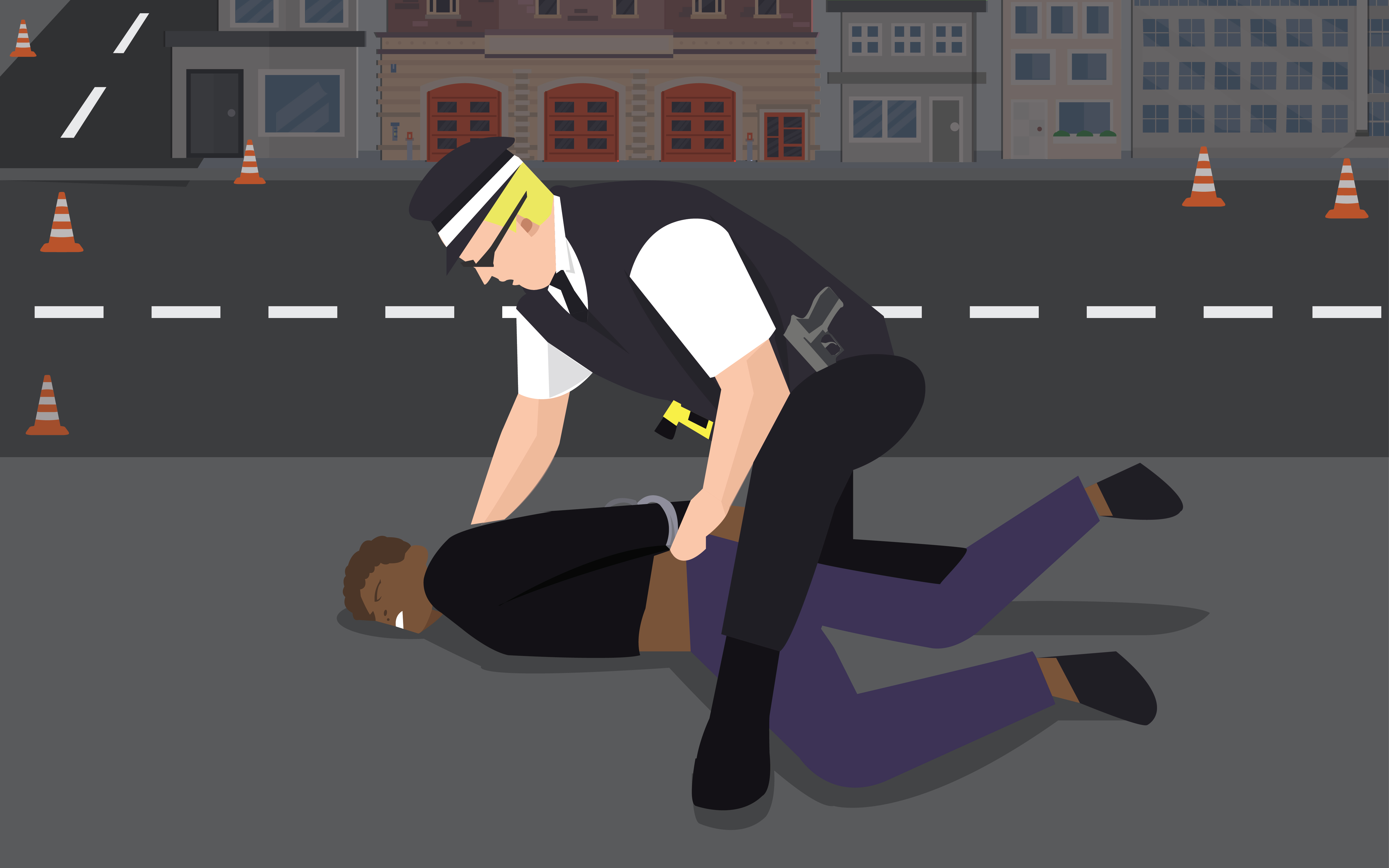 The proud feeling of October’s Black History Month UK, has come and gone.

So now with a retrospective eye, Artefact has been investigating the very real issue of police brutality and prejudice in Britain.

The high profile police custody deaths of Sheku Bayoh in Fife and 18-year-old Mzee Mohammed in Liverpool last July are the tip of the iceberg when it comes to police brutality on British shores.

In September, a video depicting a police constable (a repeat offender) using overzealous and unnecessary force while stopping a young black man in what turns out was a case of mistaken identity, went viral.

With these cases making front page news, Artefact spoke to prominent journalist, Afua Hirsch, who has written about race relations in the UK. 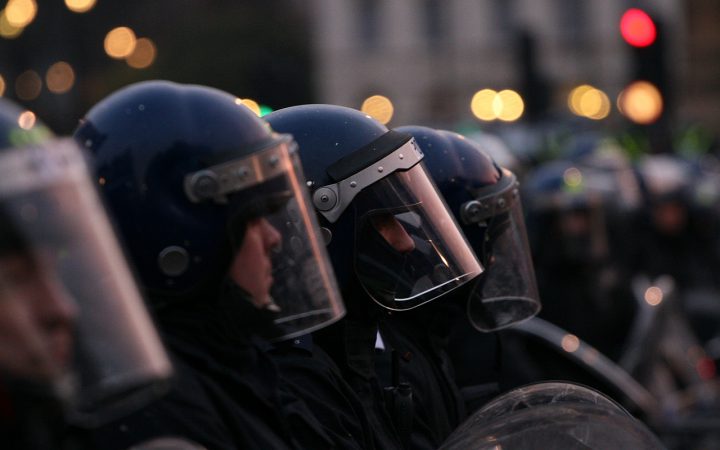 It seems like these recent incidents are just a continuation on from a long history of this kind of violence in British society.

Making many wonder why most attention focuses on the issues surrounding this topic in the US, and the activists working against it there when there are similar problematic issues here in the United Kingdom as well as British activists like Natalie Jeffers who are tackling this issue.

Artefact has investigated the troubling history of police violence in Britain and the current social justice activism movement trying to counter it.

Going on to say: “It’s harder for us to communicate our struggles to achieve racial equality because we have not experienced the plantation economy, slavery and formal segregation of the US for example on British soil [and] we haven’t had a civil rights movement and haven’t evolved a language of race and equality in the same way either.”

“Discrimination is real, and many black people experience every day acts of outright racism or micro-aggressions,” Hirsch said.

She added: “The whole range of interactions with the police from stop and search to arrest and detention is perceived as prejudiced against ethnic minority people. Even if that’s just as a result as a minority of cases, it’s too many and it breeds distrust.”

However Hirsch spoke of feeling hopeful of the strives social justice in the UK: “What I find encouraging about Black Lives Matter is that a whole new generation is vocalising that problem and demanding change in a powerful and evocative way.”

These recent phenomena stand on the back of historical racist events surrounding the police.

That history has permeated its way through the very fabric of Britain affecting how black people have been treated through the years.

The Bristol Bus Boycott in the 60s, Battle of Lewisham in the 70s, the unconstitutional use of the ‘Sus’ law and Operation Swamp in Brixton, the New Cross house fire in the 80s and the Stephen Lawrence murder in the 90s are example of it.

This term institutional racism became prominent after Lawrence’s murder, legitimising what black people in the UK had always felt – that those in authority routinely created barriers to progress for black people.

Black people are more likely to be stopped up to 17.5 times more than their white counterparts. 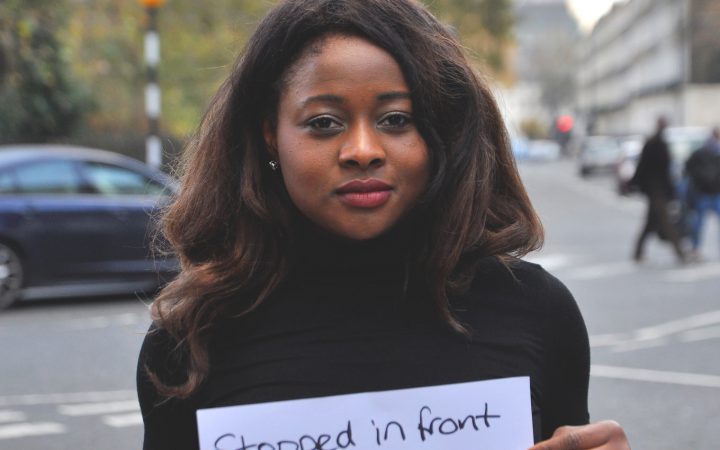 Stopped and searched for being black [Darren Johnson FlickrCC]

Of the 1,500 cases of police custody deaths, 500 of those have been people of BAME and no police officer, sworn to serve and protect, has been prosecuted under the law.

One of the first most high-profile black British victims of police brutality and misconduct was David Oluwale, who died in 1969, and who is considered to be the first black person to have died in police custody in the UK.

Another high-profile case was Cherry Groce who was shot; and as a result, paralysed in 1985 by Metropolitan Police inspector Douglas Lovelock, sparking two days of unrest in Brixton, south London.

In 1998, father of two Christopher Alder, a black British man of Nigerian heritage and an Army veteran was killed while in police custody after having been assaulted outside a club in Hull, his hometown.

He had arrived at the police station unconscious. While in holding, officers chatted away, speculating Alder was faking being sick, but 12 minutes on, it was discovered Alder was not breathing and he was pronounced dead after a resuscitation attempt. 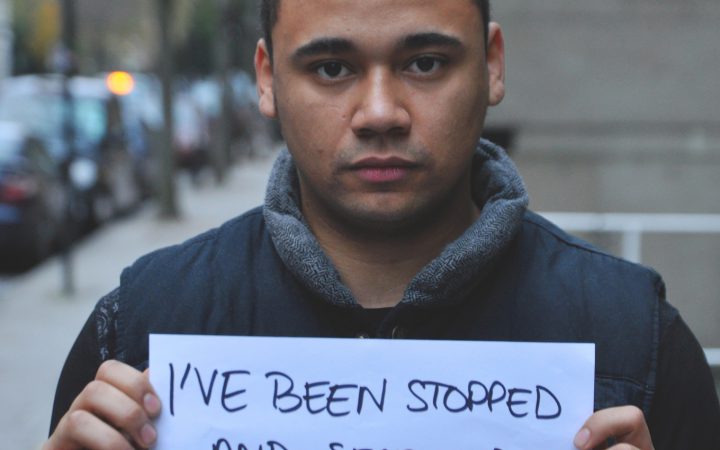 Piers, who has been repeatedly stopped and searched [Darren Johnson FlickrCC]

His head injury alone would not have caused death but the negligence of the hospital staff and police ultimately caused his death and in 2002 a coroner’s jury returned a verdict that Alder was unlawfully killed.

Two years later, five officers went on trial for manslaughter and misconduct in public office but were acquitted by the judge.

In 2006 the IPCC chairman Nick Hardwick, said the officers were guilty of the “most serious neglect of duty” amounting to “unwitting racism.”

This isn’t the only case, there was Jean Charles de Menezes, whom the police were accused of making misleading statements about. Similarly Azelle Rodney,  who was unarmed at the time of his death, when he was shot eight times by an armed officer. 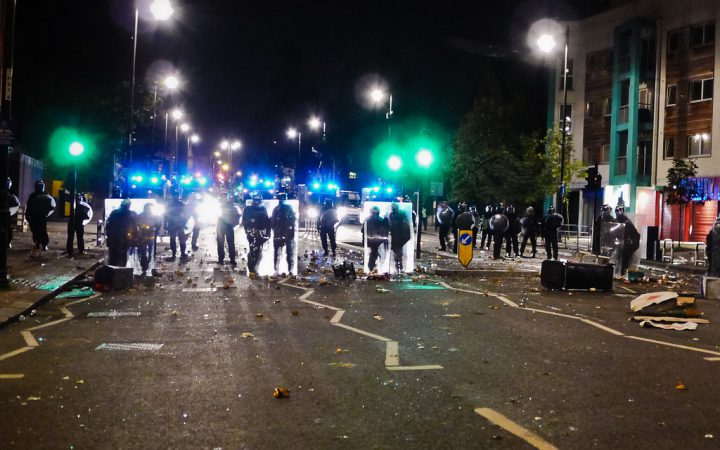 Then there was unarmed Mark Duggan, who was shot by Trident officers and whose death sparked the London Riots in 2011.

The official account of Duggan’s death changed a number of times.

Leon Briggs and Istiak Yusuf both died in police custody and Sarah Reed, who had already been failed by the police, having been yanked by the hair and dragged on the floor during a previous arrest plus countless other names of those who died under dubious circumstances.

These deaths under the watchful eye of the police goes to prove that here on British soil, institutional racism is an inherent problem.

Police brutality takes many forms, excessive force like in the case of IK Aihie, verbal racism and dereliction of duty in cases such as that of Joy Gardner.

That’s just a snippet of racial struggles here in Britain, “Segregation and discrimination tends to be more subtle here, which doesn’t make it any less pernicious, but it’s harder to identify and communicate to others,” Hirsch said.

Jason Ambrose, a 26-year-old Barbadian-born Brit discussed his experience with Artefact over the police and his alarming mistrust of them.

“Me and my boys went to rave in Coventry from Tottenham sides in like a convoy of six cars. The police followed us in armoured vehicles all the way to a next city. This is the Met I’m talking about.”

This intimidation tactic was only the beginning: “On the way back to London they nabbed my boy who had sped off and got him out the car.”

“We all surrounded my boy and the officers and they said if we did anything they’d break his arm. So we pulled back, believe they broke it in two places anyway.”

Britain cannot continue this charade of racial inclusivity compared to America when we are all – black and people of colour more so – at a higher risk of being arrested and detained.

Research shows that black people are more likely to be jailed in the UK than in America.

They are jailed seven times more often that white people, while their US counterparts are only jailed four times than whites. 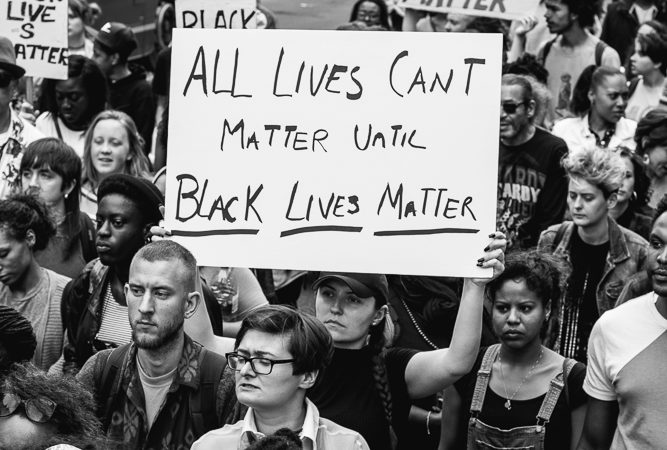 As well as the convictions, police officers have also been using arrests to collect the DNA profile of black British men – and it’s thought three-quarters of those aged 18-35 have now been profiled.

The police often intimidate or try to arrest black boys in their early teens, which sets a life-long precedent for many.

Like 18-year-old Chris Adebanjo, who experienced his first negative experience with the police at just 14: “I went to the cinema with my older brother and the police stopped us before we got in, asking us where we came from and what we were doing around the area,” he told Artefact.

“I had a pack of sweets in one pocket and a can of ginger beer in the other to have during the movie and the two officers pushed me to the floor saying I had a weapon in my coat pocket. They just automatically assumed the worst of me, a little year nine youth.”

Victor Olisa, Scotland Yard’s new head of diversity, admitted recently that Metropolitan Police officers “routinely discriminate against black people” and that it was accepted practice in the force to stop young black men to try and boost arrest rates for drugs such as cannabis, while officers turned a blind eye to white men who may be carrying cocaine.

The anti-blackness in society is a world-wide affliction and thus has infected those tasked with guarding and protecting it. That’s why Black Lives Matter chapters globally including the UK, are growing.

So those who can’t fathom why people protest here and cause disturbances like the #Shutdown sitdowns which blocked roads into London City airport, Heathrow, Birmingham, Manchester and Nottingham airports need to realise ignorance doesn’t solve anything.

However, not everyone agrees that there is a problem with police brutality in the UK. Stefan Rollnick, Deputy Editor of Epigram, whose work has been published on the Huffington Post and whose sibling is a police officer, said: “Regulatory bodies like the IPCC keep a close eye on any allegations of police brutality and the process seems fairly transparent.”

Hirsch said, “distrusting the police is not a solution so it’s not something I’d advocate.”

Whatever the advice though, many believe these actions by those that are supposed to safeguard us all needs to be cured with haste.

The Metropolitan Police were contacted with regard to this article but declined to comment.