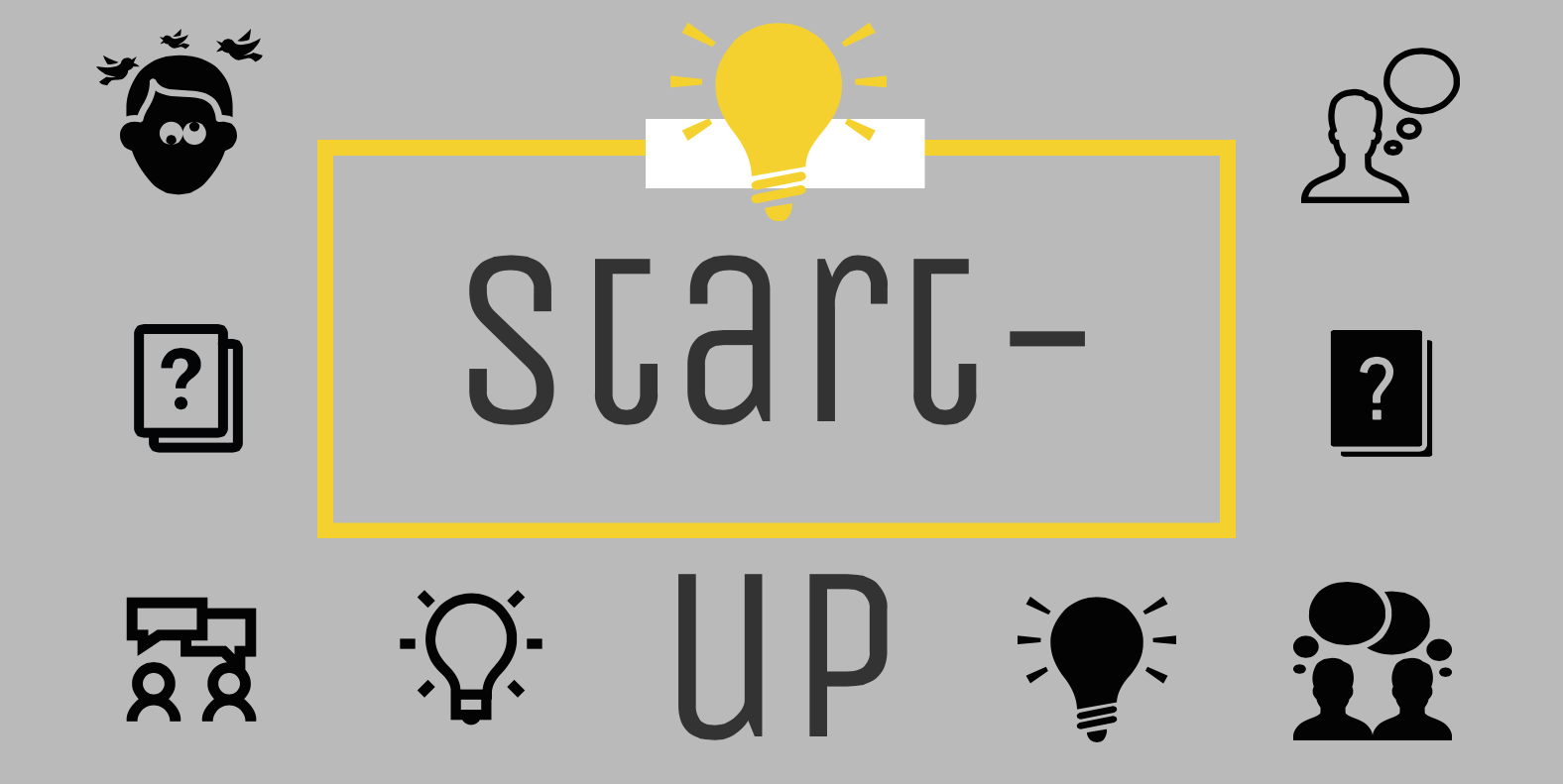 Working under your own terms and conditions and developing your own business sounds like a perfect career path.

Having an innovative idea and making it work as a company is a dream for many people, especially when they are young, they are bursting with ideas, and the future seems full of limitless options.

These are just some of many reasons why a start-up sounds like a good start.

A start-up company is an entrepreneurial venture, which aims to meet a marketplace need by offering an innovative product or service. According to Forbes the key attribute to start-up is the ability to grow.

Although a start-up company has many perks it still involves a lot of risk and the chances of success are actually low; according to Fortune only one out of nine start-ups succeed and that’s part of the reason why many people are discouraged to even think about setting up their company.

Based on the analysis of 101 start-ups that didn’t succeed published in Fortune, some of the most common reasons of failure were: lack of sufficient capital, the assembly of the wrong team for the project, superior competition and no market need.

Although the statistics are pretty gloomy that doesn’t mean that someone who has an idea should be disheartened by it and not to try to make it work.

There is a great risk to fail but by giving it a chance we are also on a good path to succeed.

Artefact has been meeting with people who succeeded as entrepreneurs and set up their own businesses with an innovative approach, hardworking ethics and realistic expectations.

While risk is a vital part of setting up a company, Steven Shyun is a 26-year-old who succeeded with start-ups and started very early on. 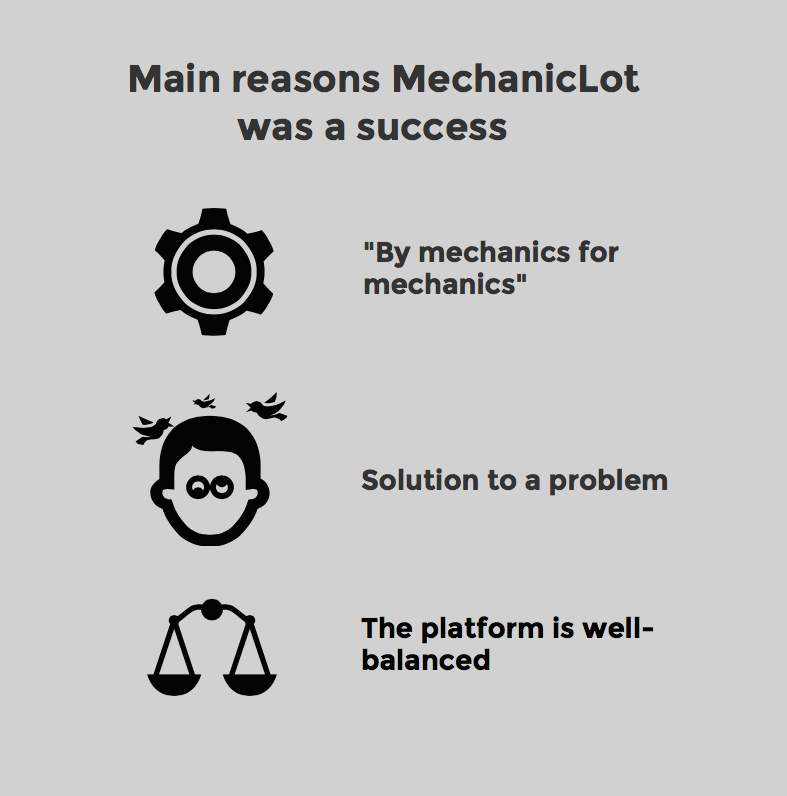 He started Outco a year and a half ago, which is a job search accelerator for software engineers helping them level up in their careers. At the moment he works at his second start-up MechanicLot, a concierge service.

In his opinion a start-up is indeed a good start because he thinks there are many things that you will only learn from starting a start-up, that you won’t be able to learn from working for other people.

On the other hand he believes that when you are starting a company, you think you know what you want to create but you end up creating something completely different.

That means the probability of problems arising is high, and that’s why if you have an issue you want to solve it’s easier to do it when you’re young and don’t have as many responsibilities.

“Later on in life, you will have other dependents which means you aren’t able to take as many risks,” Shyun told Artefact.

Darren Elliott is the co-founder of Timberyard UK (TY), an independent creative workspace with speciality for tea and coffee with a couple of branches across central London: “I’ve found my previous experience really helpful because it helped me to foresee many things that could go wrong.” 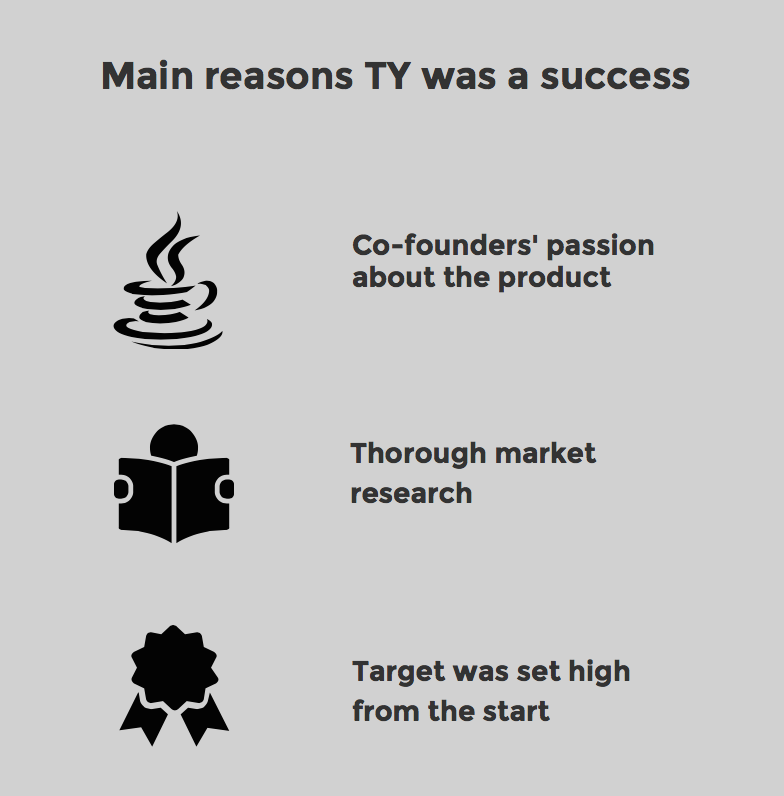 He told us that he wanted to start his own company all his life, but his approach was that he needed experience first in order to learn how to trade.

As a result he worked in hospitality for many years, initially in hotels before setting up his business.

We met Elliott in Timberyard’s Soho branch and discussed his company, but he also told us about some other start-ups in London as many of them started in TY.

“What’s really interesting is that the community we support is the community of start-ups because if you are a start up it’s quite difficult to have money to rent your own office,” Elliott said.

He said that it feels amazing that they are enabling new businesses in the space they designed, and they keep in touch with everybody after they create their own successes as well.

Another start-up success story we found out about is Kisha, a smart umbrella business co-founded by Marija Butkovic in London in 2014 and which now sells to more than 40 countries worldwide.

“Kisha is a windproof, high quality umbrella you cannot lose due to connection between your phone and beacon inside the umbrella, which is using Bluetooth technology,” Butkovic told us. 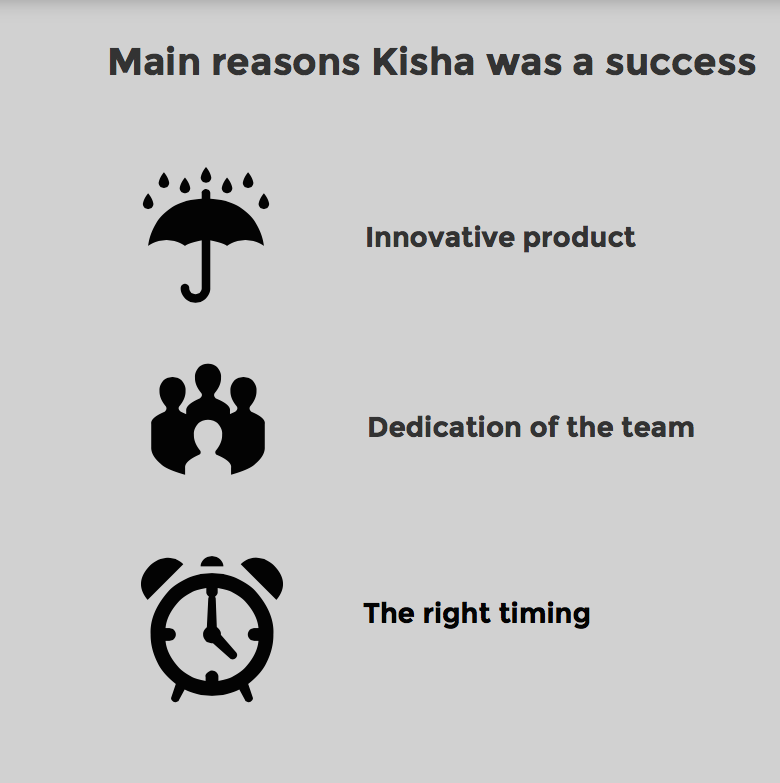 She shares Elliott’s opinion and thinks that spending early years working for someone else in order to save some money and learn as much as possible, and then start something on your own is good and probably the safest option.

It is what she did as well having previous work experience for other people, working as a digital marketer, in PR and in legal services.

She knew there’s a market for Kisha because her team knew people who constantly lose their umbrellas or their umbrellas break in strong wind due to the poor quality of their build.

There’s also an impressive market, with 33 million umbrellas being sold each year in US only and 4.2 million in UK, according to Butkovic’s research.

Although they had success with Kisha they had some initial struggles as well: “Bootstrapping is always hard. You have to be Jack of all trades and do so many things at the same time, and keep your cash flow positive,” Butkovic said.

For Shyun the biggest struggle was starting with no money and relying on his family. He also said that it was really hard to find a first paying customer.

Despite the initial problems he would still suggest to people to go for it: “There will be many instances where you feel like giving up and you will question if what you’re doing really solves a huge need, but you need to always believe in yourself, but don’t be afraid to pivot,” he told Artefact.

Butkovic also thinks that the start-up world is very challenging as it’s chaotic and unpredictable. She believes that it all depends on what kind of person you are: “If you love stability and secure income and working nine-to-five and then winding up, then you should choose job in a more corporate environment.

“But I’m restless and creative and I cherish my freedom so for me the only way to be happy with my work is to have my own business,” she said.

There are many different factors that make a start-up successful and not everyone is the sort of person who can deal with the start-up lifestyle. Location is also an aspect that should be taken into consideration when thinking about setting up a business.

Living in a city like London can inspire many to try a start-up, as it provides a big market full of interesting options and it offers great networking opportunities in many different fields of enterprise.

For instance, TY have their venues only in London so far and Elliott thinks London is the place to be when launching a start-up: “We want to prove that this model works perfect in a capital city, in general, in big cities where remote working is quite vital,” he told us.

Shyun agrees with that: “There are many advantages such as the network of people, investment opportunities, and environment when you’re in the bigger city.“

There is no doubt that the start-up world is challenging, it entails risk and hard work. It also requires luck and being in the right place at the right time.

It’s important to be aware how hard it is to succeed but that doesn’t mean we shouldn’t take a chance. As the Irish journalist William O’Brien once wrote: “It’s better to try and fail than never to try at all.”

All infographics by Lea Vitezic