Between the 19th and 20th century more than 12 million people were processed at the immigration station of Ellis Island, in sight of New York City, all of them hoping to enter the “New World” leaving behind Europe; a continent where wars, hatred, poverty, unemployment and discrimination were happening on a daily basis.

This is how many want to remember the United States immigration policies: a country where everyone was welcome, no matter what their past was, as long as you were a hard worker with big dreams, you were more than welcome to settle and thrive in a country built by immigrants from Ireland, Italy, Poland, England, Russia, Turkey and many more.

From Woodrow Wilson to Theodore Roosevelt, some of the most notable passengers who went through this immigrant inspection station, a place remembered by Wilson as: “The gateway to dreams”.

By today’s standards, Ellis Island represented unfair immigrant “selection”; as unfairness and bigotry were common. But it also represented hope. Even though it had some problems, in only 50 years, it welcomed more than 12 million people to the new continent.

Today, the United States of America is witnessing a dramatic change, a change that may modify the face of the Western world significantly due to Donald Trump’s new immigration policies that his opponents say have taken the country back some 80 years in only the first eight days of his presidency.

From the construction of the wall between US and Mexico, the Muslim ban: an irrational ban of countries that apparently are the “cause of terrorism”, the ‘privatisation’ of abortion and the revoking of the Obama Care, Trump’s policies are causing tension and hatred across the country. 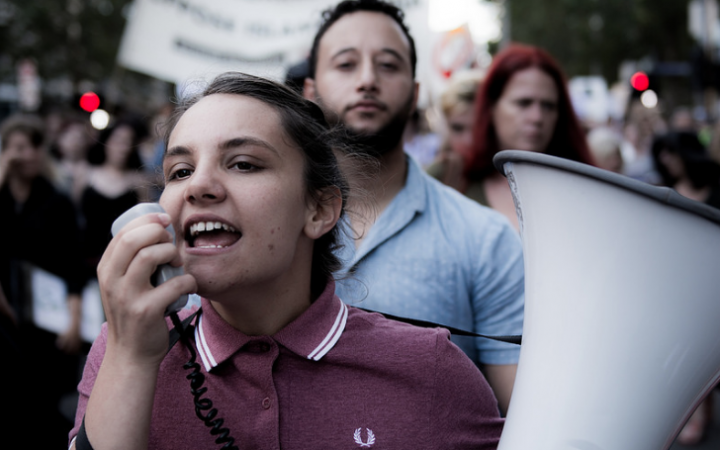 A few hours after Donald Trump signed the executive order of the Muslim Ban, the Islamic Centre of Victoria, a Mosque in Texas, was set on fire bringing back memories of the Kristallnacht or “the Crystal night”, a pogrom against Jews throughout Nazi Germany before World War Two.

Within a week of Donald Trump’s inauguration, opinion polls show he is already the most disliked president in history, even more hated than George W. Bush reached his low three years of his mandate.

Only a week after his entrance in the White House in Washington D.C, the new president fired the US top federal lawyer after she bravely opposed the travel ban.

“The Justice Department would not defend new travel restrictions targeting seven Muslim-majority nations as I am not convinced they are lawful,” said Sally Yates.

The United States of America, from being known as the country of liberty, justice and opportunity, is now known as the nation of intolerance, hatred, discrimination and irrationality, making us all fear what this new President could have in mind next.

Never before has such a restrictive ban on specific countries (Iraq, Iran, Libya, Sudan, Syria and Somalia) been implemented.

Until 1954, the year that Ellis Island’s immigration station closed, the country was one of the most welcoming places in the world where everyone had the opportunity to make their “American Dream” come true.

That dream now seems like it is fading out in the clouds of intolerance and injustice as it is ironic to ban the entrance of all these people from these countries, without even considering the background or attitude of a person.

If you are unlucky enough to hold a passport from one of the countries listed, even if you are a University professor, entrance to the United States for the next 90 days or more will denied if the current court suspension is overturned.

A few days ago, in all American International airports, while Donald Trump was signing the executive order, thousands of people were detained at border controls as they were flying just as Order was being put into effect.

Thousands of people all over the States started to protest at airports such as JFK or LAX shouting “All religions are welcome in this country.”

Magdalena Suarez is a 22 year-old sociology student at Columbia University in New York, she witnessed and participated in these protests, which were reported around the world.

“It was amazing to see so many people protesting together against this absurd bill that is blocking the way to thousand of innocent people,” she told Artefact.

Professors, students, family members, green card holders or even those who were holding a holiday visa were all rejected and sent back to where they came from as accused of threatening the safety of the United States of America. 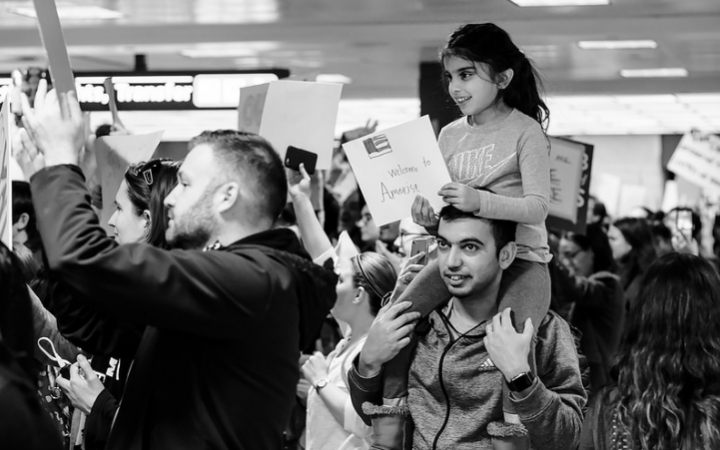 “Even though Mr Trump was elected with the majority, we have the duty and the possibility to protest and shout out loud that we are disgusted by this executive order that has nothing to do with what Obama did in 2011 with Iraq. We still live in a democracy, therefore, I have all the rights to go out on the streets and take to account the government,” Magdalena concluded.

On the other hand, Nonie Darwish responded to these protestors who accused Donald Trump for being racist by saying: “This is not a human rights issue; if you look at Muslims, there are 55 Muslim countries in this world and they are bigger than Europe; so who needs who? How come Europe is the only one absorbing all these refugees and not wealthy countries full of space like Saudi Arabia and the rest of the Arab world?”

“The West feels more responsible for the misery in the Middle East. Another thing I admire about what Trump is doing is that by doing this ban on Muslims coming from radical countries, he’s sending a message to the Islamic world that we cannot accept this culture that is breeding terrorists and this ban is gonna force these governments to crack down on terrorism because they need America,” Darwish said.

Whether this executive order is racist or not, the USA isn’t going through its easiest moments.

Democracy is under threat and social tension is all over the streets and it is more than fair to state the fact that America has changed – from being a country full of hope and welcoming the “diverse” to a country now scared of its own shadow.

By Zeina Saleh
5 Mins read
She may be one of Egypt’s only female rappers but Felukah is currently dominating the hip-hop industry.
Politics

Fighting to live equitably but 'where is the empathy?'

By Darnell Christie
12 Mins read
Amid the pandemic, refugees and asylum seekers continue to seek their rights, but at what cost and for how much longer?
News

By Oriol Escude
4 Mins read
One of the first patients in the world to receive Moderna’s vaccine tells us about her experience as a volunteer in the trials of the Covid-19 vaccine.