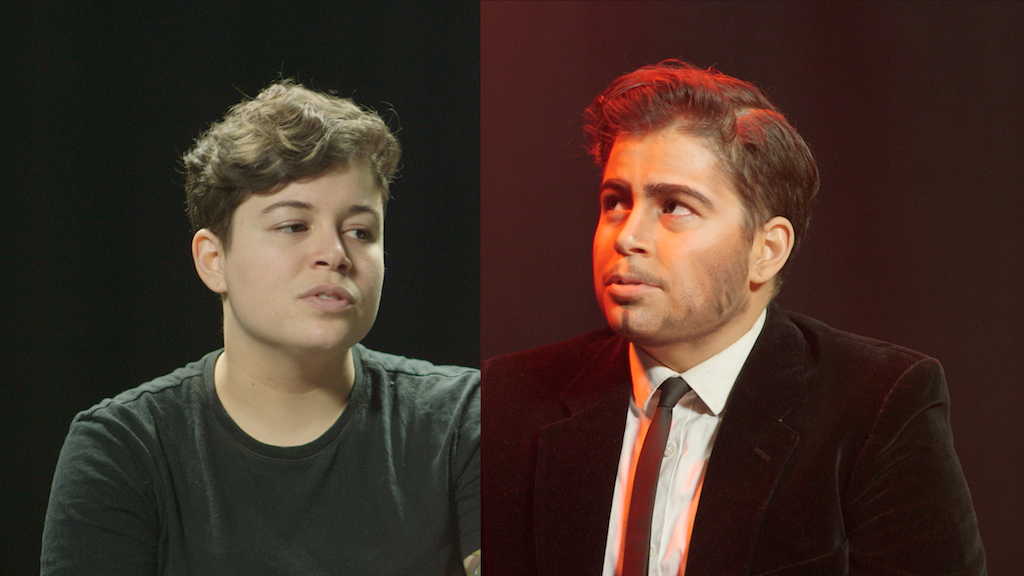 The lack of recognition faced by drag kings can be epitomised by a simple Google search.

Appearing first is not the history, the performances or even a list of drag kings.

Instead we are presented with a row of drag queens given the spotlight by drag queen superstar RuPaul. 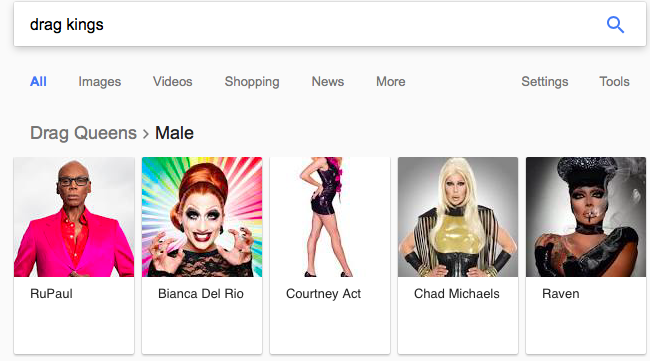 How is it possible that a whole aspect of drag performance can be overshadowed?

Ari Rice, the conceptual performer behind drag king Calvin Decline, explores the idea of toxic masculinity and the socially constructed attitudes around what it is to be male through her drag performances.

“I think that drag kings and drag queens could one day perform on the same sort of level – not in the sense that they are not performing at the same level but that they could be recognised at the same level as each other, but I don’t think it’s going to happen soon.

If you think about how long it took queens to hit the mainstream and then you assume that anything perceived or assigned males do gets attention far faster than assigned females do, it’ll be a while.

I think sometimes in performance you need to have the a mainstream in order to have the subculture, a necessary evil, not that it’s necessarily evil though, but without a superstar like RuPaul in the drag king scene it’ll take longer just by virtue of the lack of exposure.”

“By removing this obvious facade, I can reveal that it shouldn’t have to exist in the first place.”

Before looking into the practice of drag performance it is first important to understand what drag is: the increased visibility of drag in non-queer media has created limiting definitions of what it means to be a king or queen.

“A drag king is anyone who’s attempting to make a statement about masculinity through performance so that can be anyone of any gender.

There’s a misconception that drag queens are men dressing up as women and then drag kings are logically the opposite, but neither of those definitions are accurate as often it’s anyone of any gender making a statement about the furthest stereotypes of the genders being performed.”

Utilising drag as a social and gender-political tool, Rice’s performance style is a positive artistic response to society’s boundaries on gender expression.

Calvin Decline is a hybrid of ‘concept, character and idea’ with the central concept of toxic masculinity being explored throughout Rice’s performances. 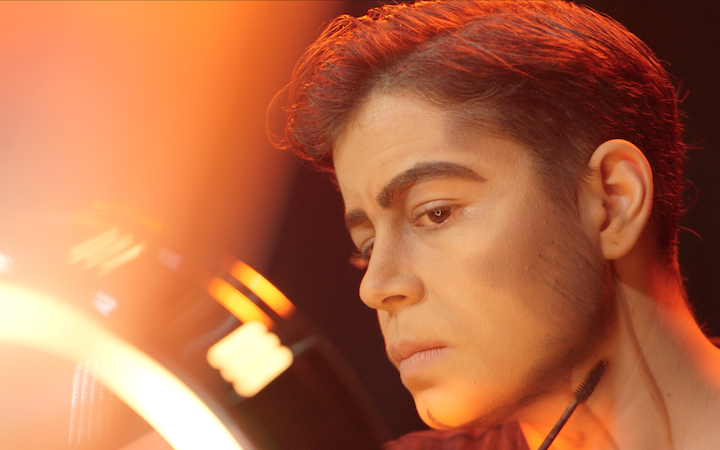 So the misogynistic jokes I lipsync to in my performances very much rely on the notion that women are perceived as less than men and so I think of toxic masculinity as an extension of that belief where any time you appear to be feminine is dangerous because it means that you are becoming less than a man.

There’s so much pressure to be at that high level of masculinity and I just try to chip at that.”

The presence that Rice produces as Calvin is powerful. Rice graces the stage with poise, determination and self-confidence, alluding to the idea of Calvin being a male model; the pinnacle of male perfection, the masculine beauty standard personified.

Through creating this image of ideal masculinity in Calvin Decline, Rice presents the impossibility in maintaining perfection through deconstructing this persona throughout her actual performances.

Whether it be the breaking of her voice whilst in song, the removal of the makeup that is used to create the appearance of Calvin, or defying the notion that as a man you cannot cry, an image is shattered that up until that point in a performance Rice has committed to constructing.

As a performance progresses the lines between her female self and the assembled image of a man as Calvin Decline blur.

She stands at the end of a performance, staring out into the crowd, portraying almost an admission of her true self.

The character of Calvin allows Rice to oppose the double standard of sexuality in men and women, when presenting as this male model she is allowed to be sexually charged and sexually driven in a way in which women are not. 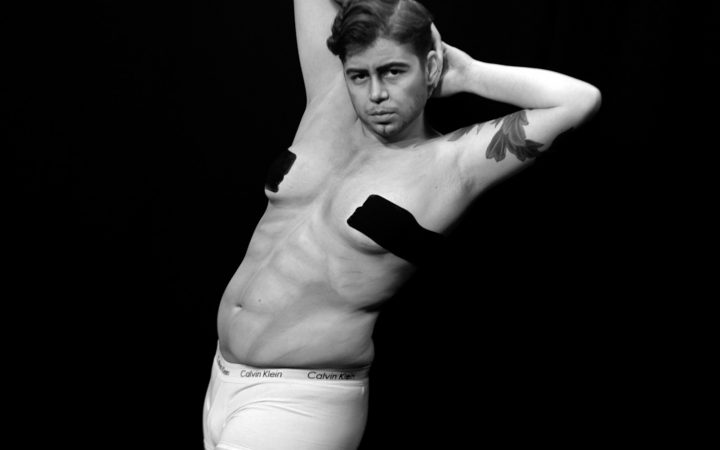 Performing as Calvin, the audience are invited to witness an intimate exploration of Rice’s own masculinity.

“You can put on the makeup and give yourself a six pack and make your face masculine in the assigned male sort of way, but it’s kind of performing my own masculinity as female in a way that reads more appropriately, or how society accepts masculinity.”

Whilst performing as Calvin, Rice demonstrates a clear engagement with how gender is constructed in terms of societal expectation and by altering a gender norm through her performances, Rice offers an alternative from society’s heteronormativity.

“I get that as a drag king I probably won’t touch that many people, but if I can at least convince one or two people that maybe it’s worth it to be allowed to cry that would be great.”

All images and video by Dayna McAlpine