Has clean eating changed the way we eat? 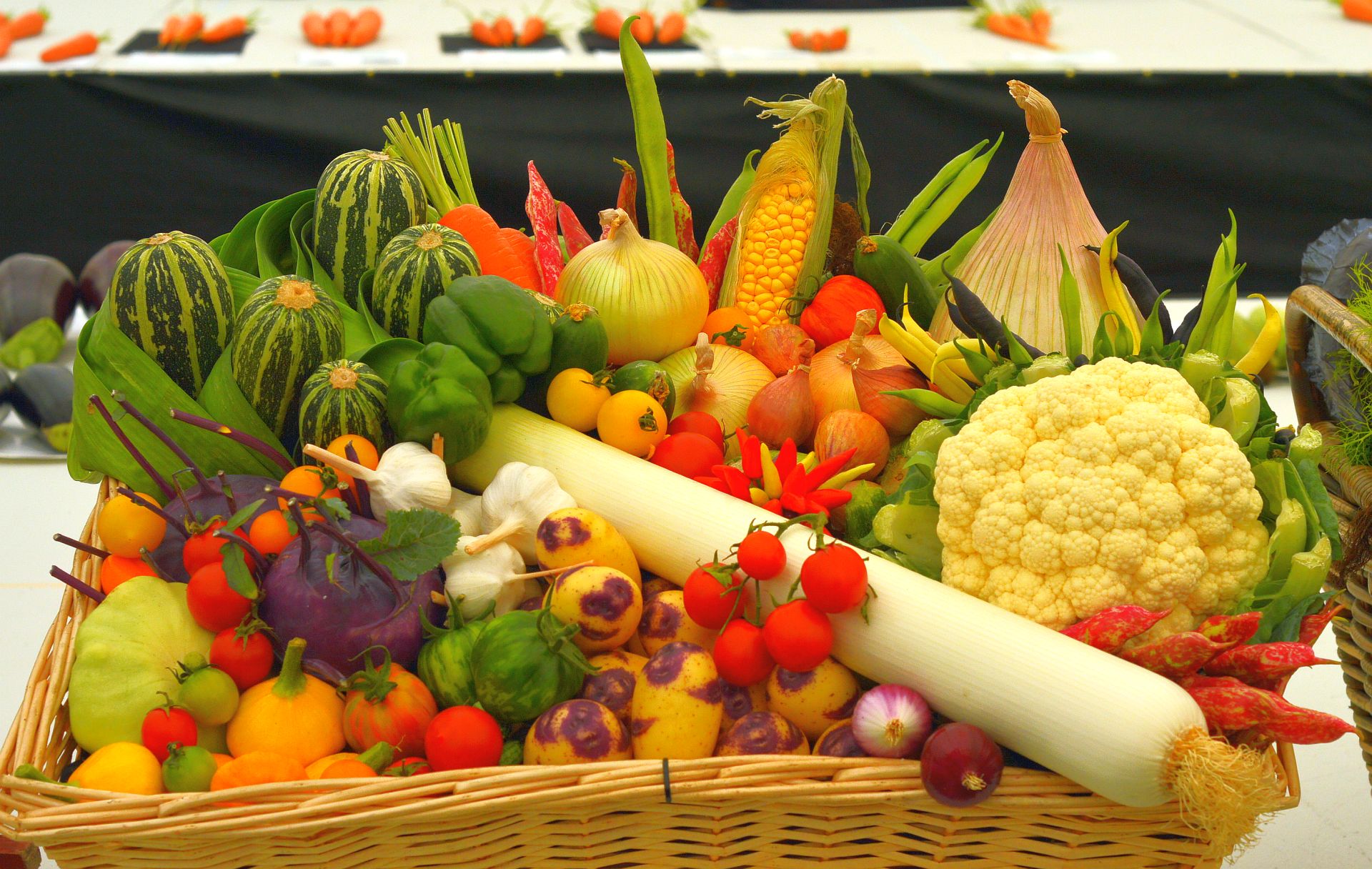 Clean eating is fast becoming a very popular movement; from gym fanatics to working mothers, many have adopted this style of eating to improve their lifestyle, bodies and general wellbeing.

Clean eating runs on the main principles that we feed our bodies with fresh, unprocessed and nutrient-dense foods, that will help our bodies to function and be nourished in a superior way to eating foods that are processed, or which contain lots of refined sugars and saturated fat.

One of the things that separates clean eating from other diets is the fact that is it not meant to be looked at as diet, but rather a lifestyle choice.

It is considered an approach to eating that can be sustained for a long period of time, so avoiding the need to go on quick-fix diets that only produce short term results, providing a continuous need to diet.

Another difference between short-term diets and clean eating is the fact that often, diets advise people to cut their calories significantly in order to reach a goal in a shorter period of time.

This can be done either through reducing food portions, or drinking things such as meal replacement shakes.

While eating clean focuses less on calorie-counting but rather the idea of eating foods that are nutritious and satiating in portion sizes which suit your body.

This places more importance on how food makes you feel, rather than counting numbers.

According to the Clean Eating magazine, we should be eating roughly five to six times a day and this should consist of “three meals, and two to three small snacks”.

This method of eating and steady intake of food keeps your body energised and burning calories all day long, thus avoiding the need to snack on junk foods.

But of course there is no set amount of meals or times you should be eating and you should do whatever suits your lifestyle and your body. So long as the foods you put in are healthy and palatable to you.

So why exactly has this trend become so popular?

Well it could be because of the increase in the amount of awareness of the diet through social media; Instagram alone is full of healthy and fit figures such as food bloggers who have large followings, to whom they promote the clean eating style of living through pictures of healthy food and pictures of their bodies, and how they have changed since clean eating.

Instagram and other social media sites have become a platform for clean eating communities to thrive on, for example ‘Kayla’ Itsines Bikini Body Guide (BBG) community, who call themselves #Kayla’sArmy on Instagram.

They are a group of people striving to change their bodies and get healthier and share their journeys on Instagram through the BBG community. 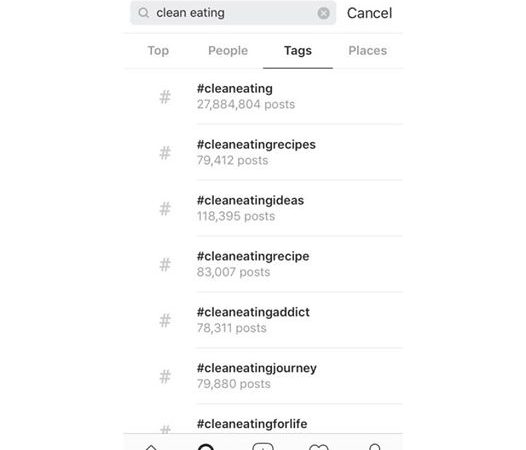 In order to find out a bit more about exactly what it’s like to lead this type of lifestyle, I spoke to someone with years of experience: health and food blogger James Wythe, aka ‘Healthy living James’ on Instagram.

James has a passion for healthy living and focuses on making quick, healthy and easy recipes which can be adopted and made by anyone.

All of his recipes are gluten, wheat, dairy, egg and refined sugar free, with many also being vegan.

James told me he fell very ill six years ago, when he was diagnosed with Myalgic Encephalomyelitis (ME); a neuroimmune disease, and was told there was no cure for his condition.

After contacting a nutritionist, James was told a number of ways to improve his diet (for example by cutting out gluten and dairy) to which his symptoms slowly started to improve.

James says: “I fell very ill six years ago, where I was bed bound for two years. I was diagnosed with Myalgic Encephalomyelitis (ME) and was told that there was no cure for my condition.

“Ever since then, I have focused on how I could heal myself through eating healthily. It has been a very long road to recovery for me and I am still yet to be back to normal.

“Over the last four years, I have developed a passion for cooking and creating recipes that could accommodate the food allergies I have.”

When I asked James what he thought the reason was behind the clean and healthy eating trend becoming so popular in recent years, he told me that he thought it was down to the fact that people are starting to realise that what you eat can have a massive impact on your life.

Eating large amounts of processed foods, that are high in sugar and preservatives can have a huge impact on your current and future health.

James told me that while he personally doesn’t use or agree with the term “clean eating”, because clean can mean a lot of different things to different people, he does eat in a way which avoids certain ingredients and products simply because it is healthy and good for his body.

But surely eating in this way can become restrictive or hard to follow due to the limitation in the amount of food groups you are allowed to eat?

Well, James says this is not the case for him, since he has been eating this way for the last six years, it has become the norm to him.

However he pointed out that he did struggle at the beginning, especially with trying to eat out and even find all the right ingredients for recipes in the supermarket.

“I also just make substitutes for regular things that people eat on a Friday night, or popular takeout foods such as Dominoes and Indian,” he added. “For example ‘I will make a healthy curry or pizza from scratch with fresh ingredients I trust. Healthy eating is all about making better choices, it doesn’t  mean you can’t still eat some of your favourite foods.”

This is something that perhaps potential new clean eaters should be aware of,that it can be difficult or challenging when starting out.

“The reason I share my recipes on Instagram and my blog is to help inspire others who either have similar food allergies/sensitivities or just simply want to eat nutrient dense food,” says James.

He explains that the recipes aren’t there to persuade or encourage people that they should give up certain foods or cut food groups from their diet completely.

And while healthy eating can be expensive, James pointed out that so can eating fast good and takeaways regularly.

”Personally, for me, I would rather spend more money on real food, rather than eating something I can’t pronounce half of the ingredients inside,” adds James.

In terms of people who lead busy lives adopting the lifestyle, James suggests planning meals ahead of time, in order to eat more efficiently. Batch cooking and meal prepping is key over the weekend, when you have free time, so that in the week you can simply go back to the foods you have already prepared for the week, rather than resorting to unhealthy fast food.

“Lots of the recipes I create are simple to make with minimal effort, and can be stored or frozen also,” he adds.

Vegan #gludairyan bowl food at it’s best — This was a lunch from last week using leftovers from a mixed bean chilli recipe I was testing. — I added brown rice noodles from @kingsobanoodleculture, wilted kale, avocado, sauerkraut and topped with fresh chopped chillies and coriander

“Even without my allergies, I would still eat in the same way after what I have learnt in the last six years of living this lifestyle”.

We asked what makes this lifestyle a better way to live than following a fad diet? They both exclude certain foods and have the same principle of only allowing yourself to eat certain food groups.

“Well fad diets are exactly what they say they are, they will help you for a set period of time, but when you quit you will return back to where you were before, or even worse,” says James. “Getting more nutrient dense, natural and real food into your body can never be a bad thing’.’

He adds: “I am a big believer in ‘you are what you eat’, and ultimately my goal is to try and inspire and motivate people to live healthier and open their minds to how quick, and easy healthy cooking/living can be”.

Having spoken to James, one thing I noticed about several food bloggers/clean eating advocates, who have a large following on Instagram or other social media, is that many of the them started off clean eating in order to improve or manage some kind of condition or intolerances their body had to different food groups, and have since been converted to it, due to the positive effects it has on their body.

Many people, though, simply use clean eating as a way to manage or lose weight.

Caroline Garrido is one example of this; a woman in her twenties, who converted to clean eating after wanting to lose weight. Since starting to eat clean, (nine months ago) and starting a regular exercise regime which consists of weight lifting and minimal cardio, she has dropped from a size 16 to a size 10.

Not only that but she tells me she also has clearer skin, a better body, less fatigue, and she has adopted a feel good attitude about her body, providing her with confidence, something that diets she had tried previously didn’t give her.

In terms of fitting clean eating into her social life, Caroline says that this is where the main struggle lies for her personally.

“It is definitely limiting when it comes to social events, and holidays,” she says. “For example, coming from a French family where our specialty is bread, pastries and cheese I find it difficult to go back home [to France] and not indulge in these sorts of foods.”

In order to deal with eating out or going on nights out, Caroline told me she is usually the one who picks the restaurant, in order to allow it to fit with her healthy diet.

If she is unable to choose the restaurant, she checks the menu out online beforehand so she can get an idea of some of the healthier options that will suit her.

When it comes to drinking, she substitutes sparkling water instead of alcohol, but if she is attending a special occasion or just fancies the odd drink, she will pick the lowest calorie alcoholic beverage such as vodka, lime and soda.

Life is also to be enjoyed too.

Clean eating can also be costly, says Caroline. “Eating clean limits me in the sense that I now spend more on good food, and have to priortise with other expenses. I guess it all depends on how important what you eat is to you.”

When I asked her if she had any major cravings following the clean eating diet, she told me that she still has a few cravings which include bread and chocolate, which she manages by finding alternatives such as sweet, dry fruit for snacking on, or raw cacao/dark chocolate and quinoa, or wholegrain alternatives to white carbs.

Caroline says her physical results are her main motivation to keep going and they are the reason she adheres to clean eating completely.

She told me that out of the many diets she had tried previously, Slim fast, Ducan (a high protein regime), and Weight Watchers, none were as successful as switching to clean eating.

“This is definitely a lifestyle rather than a diet, I’ve now found the right balance, have knowledge about nutrition, and the main thing is that I see myself sustaining this lifestyle for life, if not for a very long time,” she concludes.