When I looked on the map to find out where Malta is, I was surprised how Sicily, which is just over 150 miles away, looked like a continent compared to the tiny island.

Malta, a member state of the European Union, took over the presidency of the Council of the EU in January of this year, and became the smallest country ever to hold that role.

It is located in the middle of Mediterranean Sea, between Sicily and the North African coast and it consists a mixture of Arabic, Mediterranean and British influences.

It covers 122 square miles (316 square km) and has a population of about 450,000 people, making it one of the world’s smallest and most populated countries.

Its archipelago consists of three islands: Malta being the largest, and the administrative, cultural and economical centre, and the two smaller islands of Gozo and Comino.

One of the first things that impressed me was the Arabic influence in the architecture. When I was on the bus from the airport to St Julian’s Town, where I was based during my one-week stay, I felt like I had arrived in Morocco or Tunisia. 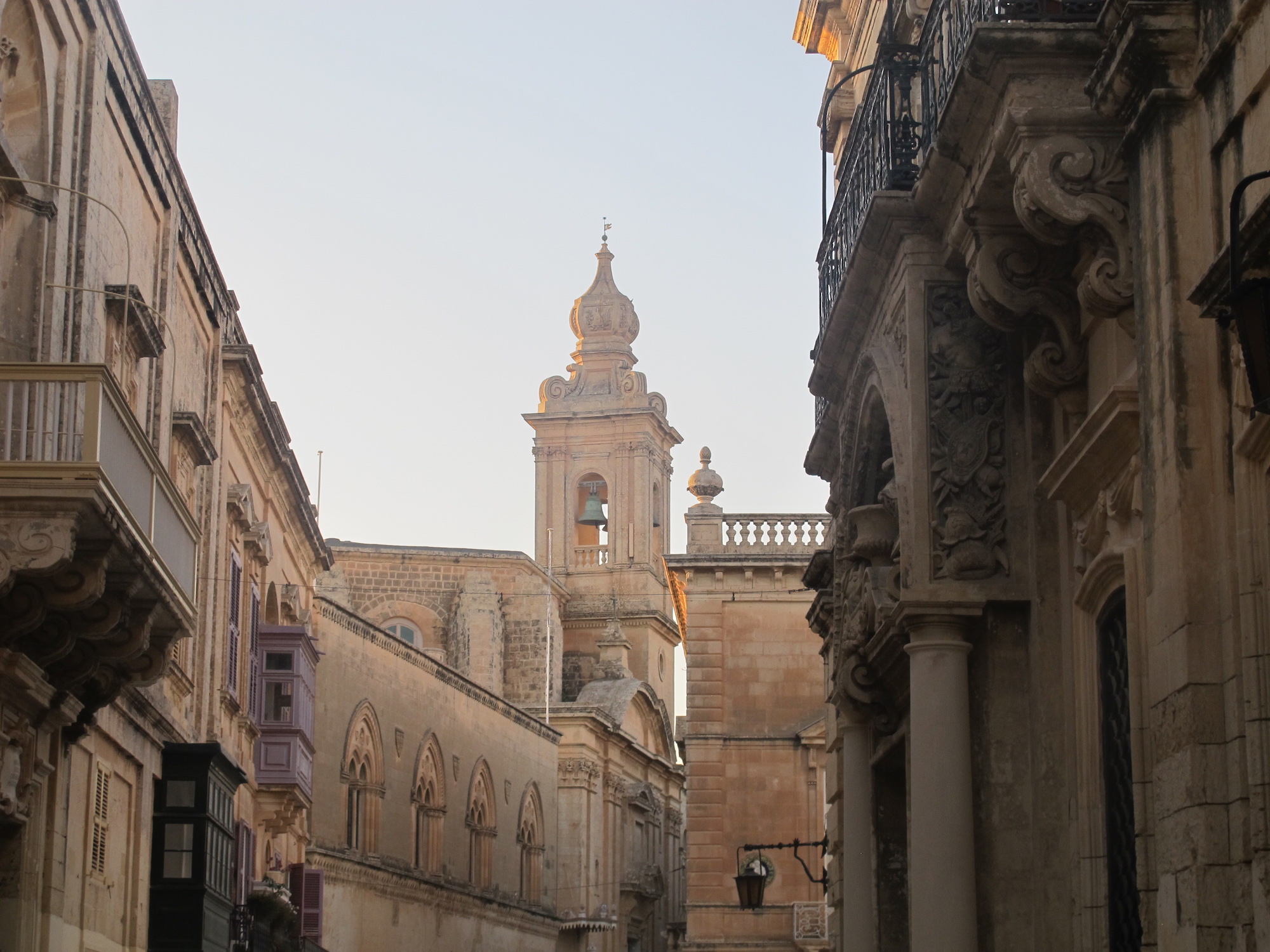 Mdina, founded around 8th century BCE, served as the capital of Malta to the medieval period. It has a population of under 300 but attracts about 75,000 visitors per year. [Lea Vitezic]

Malta resembles parts of those places and, considering its geographical proximity to them, that’s not a surprise.

The Maltese language also has similarities with Arabic and it is part of Semitic language family.

Malta is convenient to travel around, since it’s small in size and has good and affordable public transport. An unlimited seven-day travel card costs 21 euro (£17.79). Buses are comfortable and they go frequently to most of locations around the island with the starting point in the capital of Valletta.

The architecture of the country is truly charming. Almost everything is built from Maltese stone which typically has a yellowish colour.

There is not a lot of greenery on the island however and the climate is quite dry, so from above the landscape looks like an oil painting made simply from yellow, brown and orange brush strokes.

Mdina, the medieval capital, is an adorable little town made of narrow allies and old churches. It’s enclosed in bastions and from the outside it looks like a castle.

Apart for the Arabic influence there is also a strong Mediterranean impact, both in architecture but even more in the way of life, which doesn’t seem that different from the languid way of living in Southern Italy or Spain.

Valletta, the capital, consists of buildings from the 16th Century onwards and it’s mostly baroque in style. It is recognised as World Heritage Site by UNESCO.

An significant building in Valletta is St Johns Co-Cathedral that is the home to two mesmerising Caravaggio’s paintings: St Jerome Writing and The Beheading of St. John.

The famous Italian painter spent some time in Malta and there is even a rumour that he was assassinated by the Knights of Malta.

There are other larger cities on the island and they have quintessential red telephone boxes just like the ones in London. Also, most of the brands of the shops are the same as one would find on the UK High Street, like Holland and Barrett, Marks and Spencer, Costa Coffee etc.

English, alongside Maltese, is the official language, and almost every local I encountered spoke it fluently. The country was a British colony and gained its independence in 1964 – so the English influence is inevitable.

In some aspects, the country is well developed and organised with a good public transport system, clean and newly refurbished centres in major cities but it also has a rough side.

For instance, there are not many official taxies, mostly random local people are offering rides to tourists and that seemed risky to me.

A lot of buildings in St Julian’s, even though it’s very touristic, are in bad condition.

Street cats and dogs are commonplace in some smaller towns. Although in some places the atmosphere seemed chaotic and locals I spoke to told me the country in many regards is untamed; for example they felt there’s an absence of police, however I felt generally safe during most of my stay.

Malta is brimming with interesting culture, stunning architecture and is breathtaking natural beauty.

The world famous Azure Window, a limestone natural arch on the island of Gozo, is one of the most picturesque sights I have ever seen, and the sea in the Blue and Crystal Lagoon is coloured in the most alluring shade of blue that is possible to imagine.

Malta is an unusual little island on the crossroads of cultures in the heart of the Mediterranean.

It’s special shade of yellow stone will stay in my memory for a long time – even the street cats were all yellow.