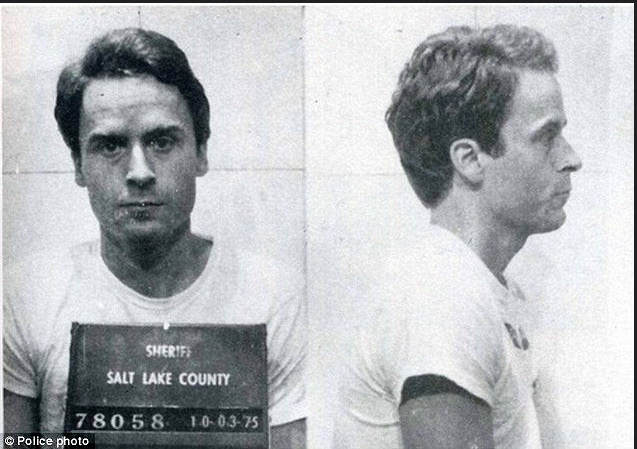 We’re all, in some way or form, infatuated with murderers and serial killers, spending three-days watching Making A Murder, followed by back-to-back episodes of crime documentaries on Netflix.

But some of us are more infatuated than others.

We have serial killer groupies (SKG) who become absorbed in their fascination with notorious serial killers. Women who send murderers love letters and nude pictures and Ted Bundy-obsessed Tumblr girls.

Within the confines of Tumblr’s TCC (True Crime Community) there are young girls confessing their love for serial killers and wishing Ted Bundy was alive. 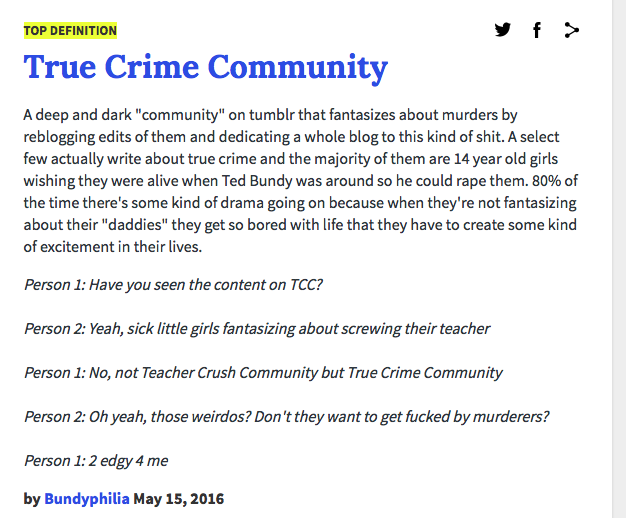 While in prison, Bundy received up to 200 letters a day from women who were obsessed with him.

Josef Fritzl, who imprisoned his daughter as a sex slave for 24 years has received love letters from admirers and so has the Yorkshire Ripper Peter Sutcliffe, while there are also women who have sent naked pictures to Charles Bronson.

It doesn’t stop there, some of these secret admirers have married the men behind bars.

There have been several cases of women starting relationships with convicted serial killers as they are serving time in prison. Carol Anne Boone, for instance, married Ted Bundy despite him being on trial for multiple homicide and Doreen Lioy married serial killer Richard Ramirez while he was in prison.

John Wayne Gacy (who killed and raped 33 young men) had women throw themselves at him. In prison, he had an affair with a woman who did not believe he had committed his crimes.

This is what is called hybristophilia.

According to Psychology Today, sexologist Professor John Mooney first defined hybristophilia as a paraphilia in which one “derives sexual arousal and pleasure from having a sexual partner who is known to have committed an outrage or crime, such as rape, murder or armed robbery”.

This type of paraphilic behaviour is sometimes known as the ‘Bonnie and Clyde Syndrome’.

But Mariah Wilson is slightly different to these women. The 23-year-old, self-diagnosed with hybristophilia, is ‘Tumblr Famous’ and has a HARE pstchopathy score of 34 (Ted Bundy is at 32).

Wilson started a thread on Reddit 10 months ago, under the name ‘fuzzycupcakes4’; she tells me she is “different” and that she has a particular form of hybristophilia.

Unlike most who identify as a hybristophile, Wilson relates to the act the killer has carried out – which turns her on. She is not necessarily attracted to the killer himself, but rather the act of killing.

She explains that “while I recognise the looks of said killers, it’s not them that does it, but rather the murder, the power, the control.

“I must admit, I was disappointed in myself and actually pretty worried when I discovered that not only was the killer making me aroused, but the actual act as well. I questioned a lot of things, wondering what the hell is wrong with me to even feel that way looking at things like that. But I remind myself I haven’t hurt anyone and won’t hurt anyone,” she says.

One of her favourites is Ted Bundy “for his cunning, manipulative, forceful and large spree” and Ramirez “for the way he just banged them out, no reason or rhyme, just because he could”.

Wilson started showing “odd signs and felt strange” at the age of 4-5 years old; she explains that by the age of 5 she was interested in gore and wanted to see dead bodies.

“It was gradual for sure, over years and just kept elevating.”

She explains that she first encountered this attraction to the act of killing when she was around 9-10 years old. “I didn’t tell anyone, until I tried killing my mother’s new husband”.

After attempting to kill her mother’s husband, Wilson had a team of therapists for seven years, two times a week starting when she was 10-years old.

Following this, Wilson attempted suicide – which she explains that “it was to destroy myself before she destroyed others. I wanted gone, having nobody, not feeling for people. Knowing what you were, and needing to try and stop it.”

Wilson has previously said that she feels for very few people, although she feels for her son and her fiancé. She does not feel. “I don’t care”, she says.

“Ted Bundy scored 32 on the HARE, I did 34,” she claims. HARE is a diagnostic tool used to rate a person’s psychopathic or anti-social tendencies.

Wilson has not always been open with her sexual partners about her hybristophilia. She explains that she spent eight years with a man and he wasn’t aware of her diagnosis’s of ASPD, NPD and manic depressive or her hybristophilia.

However, Wilson is now engaged to a woman who knows and accepts her. “She is very open, and I’m not promiscuous either”. 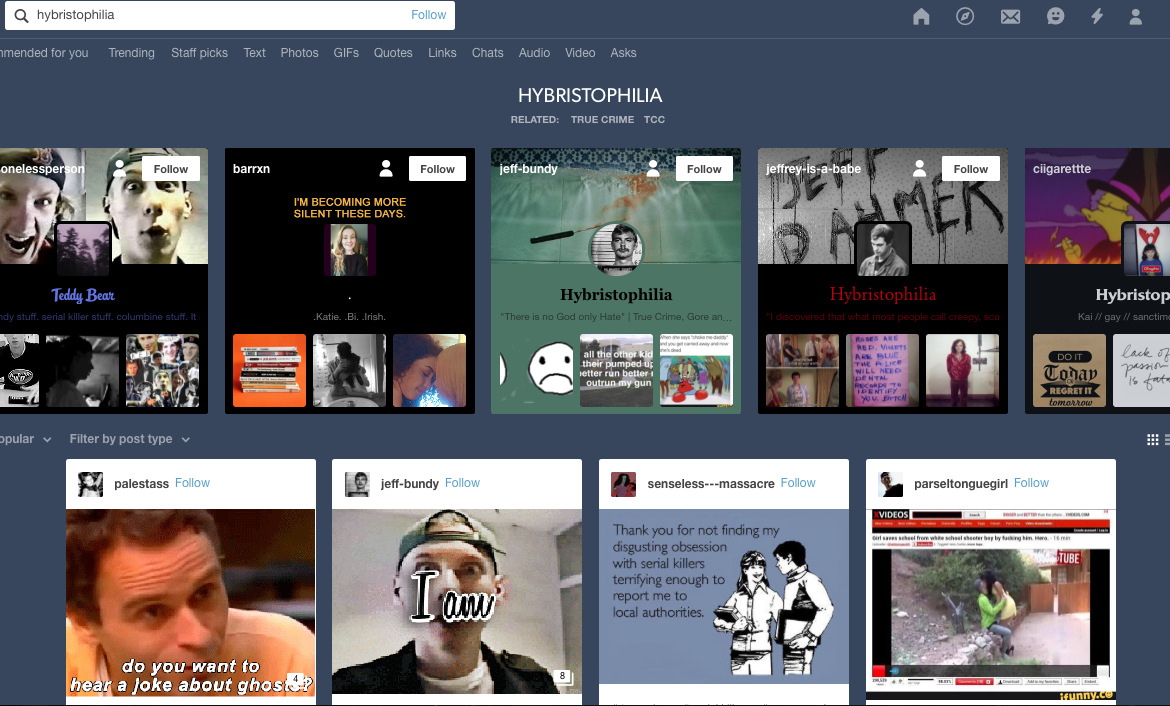 Wilson explains that opening up to the online worlds of Reddit and Tumblr allowed her to help others who may be feeling the same.

Although she has made friends through sharing her personal story, she claims that she’s had people calling for her crucifixion, had Child Protective Services (CPS) called on her, but she assured us that her record has been sealed for 10 years now.

“I needed to say something before I let go. Also, maybe it could help by me putting myself on the line, help others understand more.”