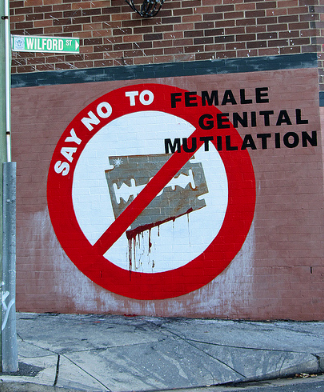 This year, February 6 was the International Day of Zero Tolerance for Female Genital Mutilation – more than 200 million girls and women alive today have been subjected to this procedure, also known as FGM.

In this regard, the development of a day like this is an opportunity to highlight just how Female Genital Mutilation differs from that of male circumcision.

The most grotesque level of FGM is meant to completely eliminate a woman’s sexual desire; by sewing up the vaginal canal the people doing this are trying to control a woman’s sexual activity.

Men may undergo circumcision but it rarely results in major complications and does not remove a male’s sexual desire.

Type 2 is the most commonly practiced of all FGM types and the impact of such a procedure is significant: sexual intercourse becomes uncomfortable for the victim, something unheard of after male circumcision.

While both male and female circumcision is often performed for “hygienic purposes” only women suffer long-term consequences.

The many complications that accompany FGM also separate female genital mutilation from male circumcision; although fertility is often given as a reason for this procedure, it can also create medical problems during childbirth.

While I am not trying to discount those who argue against male circumcision, I do want to comfort those who try to compare the two; the effects on the female body are long-lasting and dangerous, not to mention being morally monstrous.

It is too easy for outsiders to look at a situation, like female mutilation, and say “why don’t you just refuse to take part?”

Unfortunately it is not that simple to escape such a customary tradition; for many girls they may be misled about how harmful the operation is while others may know but do not want to face social exile.

Possibly, these individuals who take part in grooming young girls into participating in the ritual are seeking confirmation that the tradition is a good thing.

Whenever, a woman falls victim to this act she may be feeling a longing for another to join her – group cohesion seems a vital necessity for the continuance of any harmful practice; as long as women who have gone before manage to coax younger generations into doing it, it will continue.

Traditionally, older siblings and other women want young girls to believe that they are not a real woman and/or desirable until they undergo circumcision.

Since those who have had the operation probably were told what beautiful women they were afterwards and because they likely found a husband are made to believe it is because they were circumcised.

As this video shows, education alone may not eradicate this practice; alternatives to traditions that have been around for thousands of years, are not always welcome.

Some people in certain parts of Africa still practice female circumcision, and a few individuals that are trying to end this ritual mutilation.

In Sierra Leone, there has been an effort to teach such practitioners other skills in order to prevent genital mutilation – many of these women have not received schooling and let alone any formal training, which takes away the opportunity to get out of any situation that they may not agree with.

Teaching even rudimentary skills will help the practitioners to achieve higher standards not only for them but also towards a greater society – when there is no longer anyone willing to perform the ritual then it will struggle to exist.

The age at which this custom occurs is just another way of how initiation works as it usually takes place on girls as young as two years old. At this age, one can hardly call such brutality an initiation into womanhood.

While still at a very early stage of their lives, these girls have no concept of what is being done to them and why. They are simply at the mercy of those whom are supposed to protect them.

Many have argued that circumcision of females is no different than that of males. This is untrue, as when a male is circumcised he will retain his ability to experience sexual pleasure while a woman may lose part, if not all, of her capacity for pleasure.

It can be argued that this is another form of control over the female body. When one takes away the choice of a woman to either partake or denounce a tradition by performing the ritual at such a young age, it becomes a vicious cycle.

By the time they are old enough to understand the implications of such a procedure, it is often too late.

Charities such as ForwardUK works to end female genital mutilation and child marriages in order to safeguard African women as well as girls’ rights and dignity.

Although it is a UK-registered campaign, it supports charities dedicated to advancing and safeguarding the sexual and reproductive health rights of African girls and women.

They work in the UK, Europe and Africa to help change practices and policies that affect access, dignity and wellbeing.

Many countries have been able to reduce the rate of circumcisions; however, in many areas there is simply not enough being done to combat this horrendous ritual.

In order to understand why female mutilation still exists it is important to look at some of the countries where the practice still takes place.

Attempts to teach people about the harmful effects of female circumcision can only be successful if those in the affected area can afford to go to school.

In Sudan, there are much lower education rates therefore fewer can be well-informed, whereas in Kenya, where the economic and political structure is more stable, many more can attend school. As a result, in Kenya we see a smaller percentage of young girls undergoing these procedures.

However there are also concerns that in some cases, such as among the Abagusii of Kenya, the age at which this ritual is performed is changing.

Girls as young as six or eight years old undergo this procedure today, whereas at the beginning of the 19th Century they were circumcised at between the ages of ten or eleven.

This change in the age when the practice is performed could be attributed to the demand for female labour and men’s desires to start families without any delays.

Aside from this anomaly it is vital that we understand that education is key in eradicating this harmful and dangerous practice.

Specifically, it is essential that for changes to be made, education must come from those who are or have once been within these communities.

It has been proven that outsiders, unfamiliar with the specific inner workings of these cultures, are not nearly as effective as those with first-hand knowledge.

Mostly, it is important that young girls are understood on an equal level, which is something that only someone who has been there can provide. 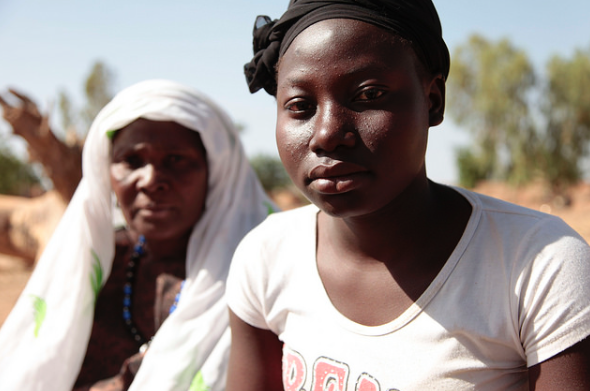 Still there remains the issue of who is going to reach the individual who will spread the word in the first place?

According to an online debate, 67 per cent supported the abolition of FGM whilst 33 per cent said it should continue to be practiced.

When reading some of the comments as to why people said no, I was utterly shocked to read views such as: “If the guardians want it done, they are the guardians, and it should be done.”

Female genital mutilation causes so much pain to women and young females around the world. The girls are awake with NO antiseptic to numb the pain during the procedure, on top of the mental trauma of their genitals being cut out of them.

This isn’t a part of a culture, it is a part of history that has gone too far.

Many women that have gone through FGM will suffer huge amounts of pain in the following years, whilst some end up with infections that can cause death.

A practice so harsh and violent, where young children are led to believe that if they do not go through this procedure then they are “whores”.

Many parents in Africa continue to allow this to happen to “fit into society” and so that their child will be able to get married.

On their wedding night, the man cuts the woman open whilst focusing himself inside of her, that is neither right nor enjoyable.

These women have to live their lives each day suffering an extensive amount of pain which amounts to torture and like many, I STRONGLY believe that FGM should be stopped because to the health issues that women will struggle with physically, emotionally and mentally.