Skyscrapers, champagne, yachts and supercars, this is how most of us view Dubai.

There are international auction houses Christie’s, Sotheby’s and Bonhams; there are many independent initiatives opening public spaces such as Art Jameel and there’s a design fair twice a year and an entirely new design district called D3.

This has all come to exist in the past 11 years.

The region’s first-ever Bachelor of Design degree will be available at Dubai Institute of Design and Innovation (DIDI) and is expected to open in 2018.

As a result, Dubai has seen the emergence of infrastructure and systems that are centred on providing support for the local arts scene by encouraging self-driven projects, including pop-ups, informal exhibitions, impromptu performances, collectives, and so on.

Artefact explores how Dubai has become the Middle East’s art hub, we speak to Director of Alerskal Avenue and co-founder of The Third Line gallery, Sunny Rahbar to discover how the city has constructed an arts district of their own.

Al Quoz: on one side you see sand covered waste-land, dust, grey, car garages and abandoned factories and on the other side you see Dubai’s creative quarter.

Alserkal Avenue was once a marble factory owned by the Alserkal family, today it is the largest art district in the region. 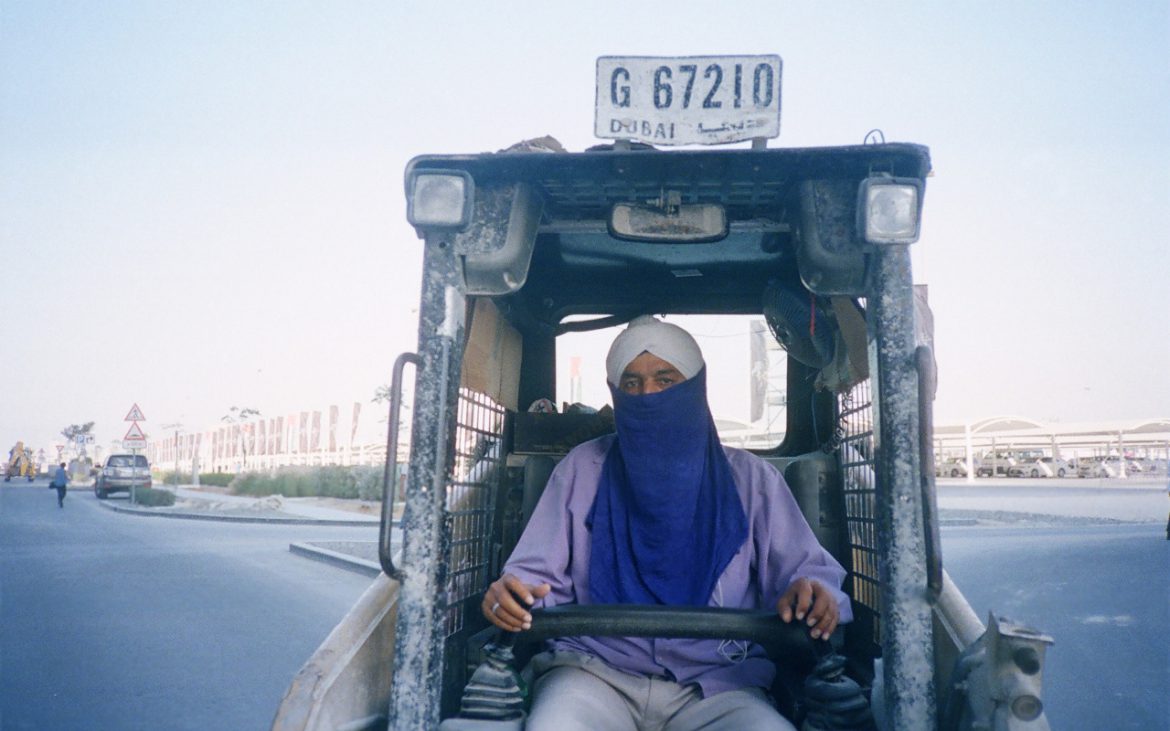 Founder of Alserkal Avenue, Abdelonem Alserkal explains: “The industrial area of Al Quoz is a mix of old and new, where car warehouse meets renowned art gallery. Alserkal Avenue has grown in the past eight years and developed a synergy of creative organisations within the industrial context, which progressed to become a hub for unconventional ideas and cultural initiatives.”

Alserkal Avenue has become a leading hub for contemporary art in the region, housing the most prominent homegrown galleries, including The Third Line, Carbon 12, MOJO and New York’s Leila Heller Gallery.

She joined Alserkal Avenue in 2011 and in her time with the organisation, she has been instrumental in its evolution and responsible for overseeing the Avenue’s physical expansion in 2015.

The same year, she launched Alserkal Programming, affirming the organisation’s commitment to the development of art and culture, positioning it as an arts organisation.

She has also been a vocal supporter of growing a creative economy, and a strong advocate for its importance in social development and identity within the MENASA* region.

“It’s been really interesting to witness the incredible growth that has occurred in the field of art and culture in the city. That growth is reflected quite tangibly in the achievements of the galleries, artists and UAE-based art professionals in the UAE, who have helped to propel the regional art scene to international acclaim,” says Jukutre.

“Five years ago, the commercial art scene had begun to take root in Dubai, but had yet to fulfil its potential. At the time, Alserkal Avenue had six art concepts; today, we have developed an expansion project with the support of our founder Abdelmonem Bin Eisa Alserkal, that houses over 60 art, design and creative spaces, including foundations, private collections and community concepts.” Jukutre explains.

“That in itself is an indication of the exponential growth that the creative sector has seen.” 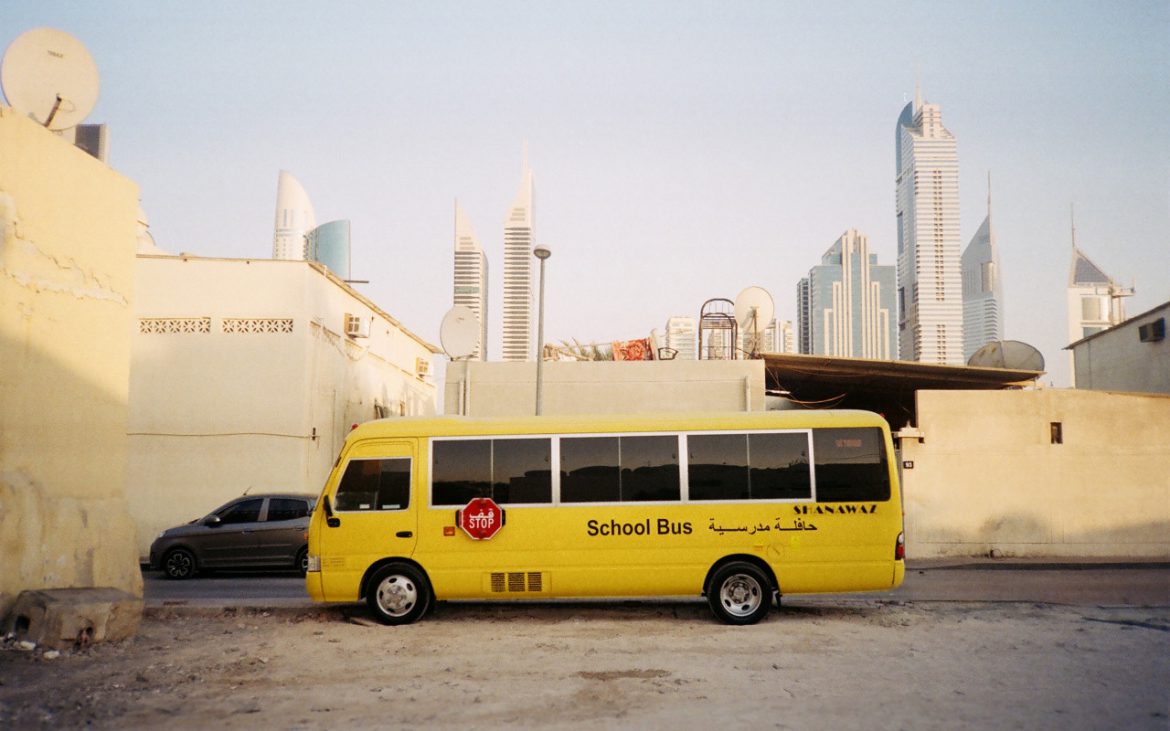 Alserkal Avenue is situated in the industrial district of Dubai – like London’s Shoreditch, or Paris’s North-East arrondissements – and focuses on building a home for creative industries.

“Industrial areas across the world in multiple cities develop to become creative spaces, where artists begin a movement of creation, followed by galleries, design and other creative industries to form a cluster, which is essential within emerging markets,” Jurkute explains.

Despite the rapid commercial growth that Dubai has seen, Jukurte believes that the city’s art and culture scene is still young, but that its potential is continually growing: “We need only to look at the growth that has been generated over the last decade to realise that this momentum will continue to pick up pace”.

Alserkal Avenue introduced a “programming” sector in order to support artists living and working within the region, and to engage new audiences and the public at large, making it imperative that the work is “collaborative, participatory and ephemeral”.

In 2016, the art’s hub commissioned artists including: Ellen Carroll, Mohammed Kazem, Jessica Mein, Vikram Divecha, Fari Bradley, Chris Weaver, Farah Al Qasimi and Karim Sultan. All work that was commissioned was produced in Dubai and the artists developed extensive programming around their artwork.

Alserkal Avenue’s home-grown programme is supporting the vision of Dubai being the hub for cultural production. The residency launching this year, will be a continuation of this support and will also contribute to developing an understanding of the MENASA region.

Jurkute explains that it will “not only help foster artistic practice locally, it will extend the platform for artists based internationally to understand and research the MENASA region and its cultural landscape”.

Dubai is experiencing a growth in the creative community. Alserkal is supporting this growth and creating a platform for new audiences to explore art.

Alerskal Avenue’s gallery opening nights underpin the avenue’s art programme – these have been key to attracting the public and engaging new audiences.

The annual Quoz Art Fest and Area 01 are community, home-grown initiatives that are open to the wide artistic community of Al Quoz, which Jurkute believes are playing an important role in developing the arts ecosystem within Dubai and the MENASA region.

Dubai’s arts ecosystem started with only a few commercial art galleries but has grown to become a holistic art scene.

“We’ve witnessed the development of robust education programmes, not-for-profit spaces with active community programming and the emergence of new collectives and homegrown concepts within creative industries”, she explains

Dubai is often viewed as a garish, flashy and almost artificial city – which it can be. However, Jurkute believes that  “The UAE has become a cultural capital for the region, and internationally, developing a strong visual arts infrastructure in over a decade through the commitment of various Emirates.” 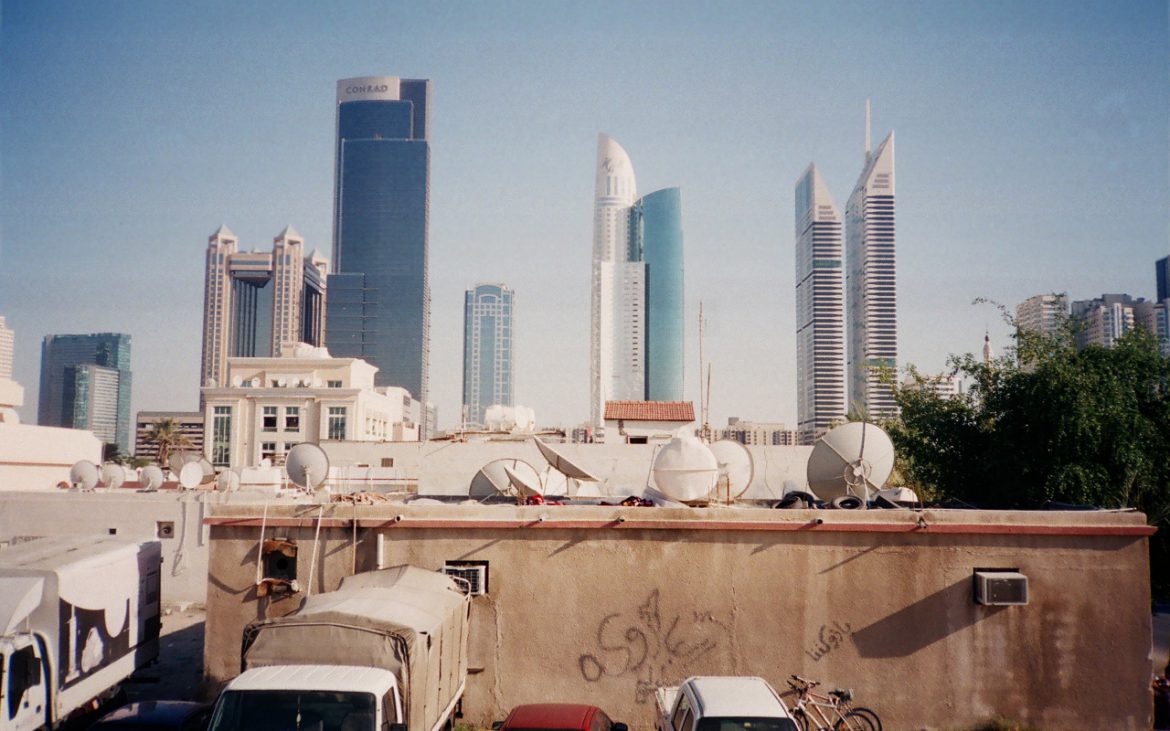 The director explains that having worked in cities such as New York and London, she realises the one thing Dubai has is potential.

“Gallerists, artists, writers, creative entrepreneurs, we are all a part of the same ecosystem, who strongly believe in talent in this region. We are building an arts infrastructure with many ‘firsts’ along the way”.

Among the warehouses is The Third Line – a gallery that was the first in Dubai to specialise in contemporary and Middle-Eastern art when it opened in 2005.

Co-founded by Sunny Rahbar, Claudia Cellini and Omar Ghobash, they saw the need to create a platform for contemporary Middle Eastern artists who otherwise were not being supported in the region or internationally.

“The Third Line was born out of necessity to create a dialogue between artists from the region,” says Rahbar.

The contemporary art gallery works with artists across the Middle East region and its diaspora. Rahbar believes it’s important to support these artists.

She explains that the gallery took a number of artists under their wing and helped nurture their career and contributed to the ever-growing art scene in the UAE.

Within Dubai, people with a western background and art education merge their views with the Middle Eastern art scene when they arrive. There will always be a difference in perspective, a different angle to someone’s work and vice versa. 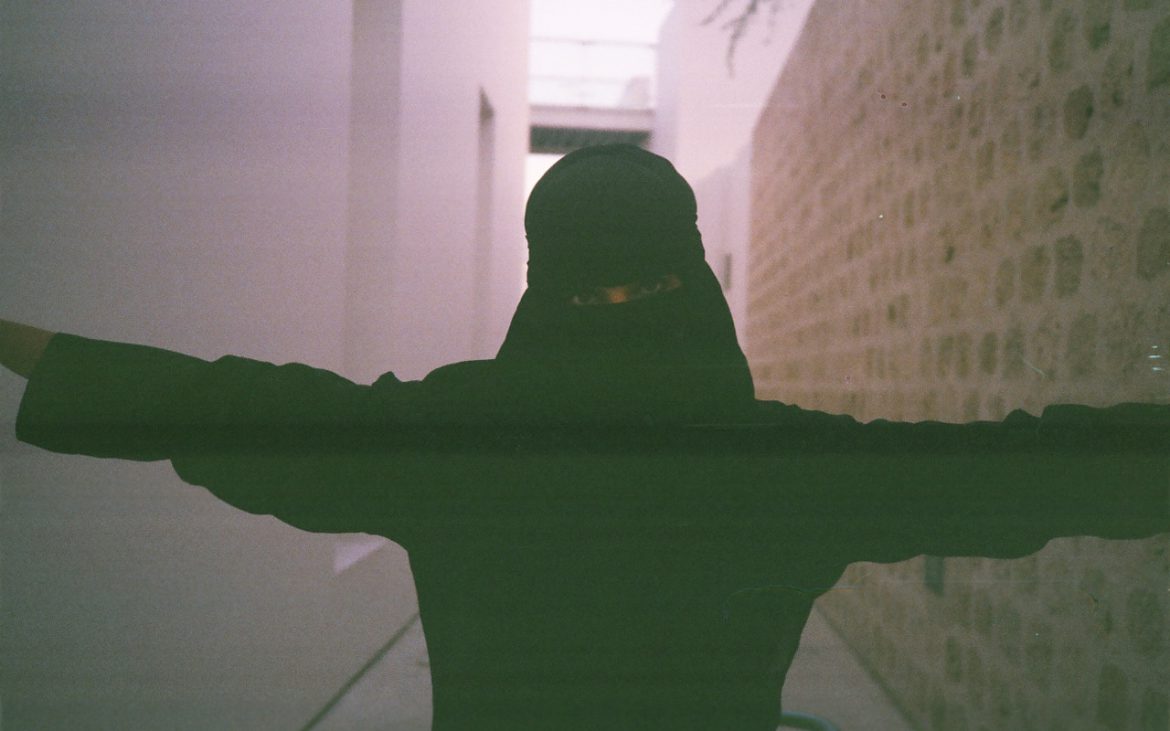 Rahbar believes this “enlightens artists, adds value to their practice and the general discourse”. This so-called ‘cross-border’ collaboration offers different takes on the East and West, and artists are able to shine a different light and challenge the status quo, she says.

Rahbar explains that at the core of the Dubai art scene there is a relatively small group of people that grew up in Dubai. They feel very close to the city and are keen to shape Dubai’s creative identity.

She is a part of this generation. Rahbar’s parents are Iranian, but she grew up in Dubai. After studying art in New York and working in London, she returned to Dubai in 2001. She explains that the generation after her that have stayed in Dubai, or have returned, are ready to make a difference.

She believes that “compared to the other, older and larger cities in the world, where you have to be established in order to have an impact, Dubai welcomes the youth and their ideas.”

She explains that when The Third Line opened 11 years ago there were only three art galleries in the city, no public institutions and very little discourse.

Today, there are over 20 galleries, Art Dubai invite 80 international galleries every year alongside and organise a programme of talks – The Global Art Fourm – inviting people for discussions an dialogue. Dubai is also home to international auction houses; Christie’s, Sotheby’s and Bonhams. This has only come to exist in the past 11 years.

Dubai becoming the epicentre for arts and culture within the region means that the city has the power to create change, especially the stereotypical conceptions outsiders have of the region.

“I do believe that art speaks the truth and that artists from the region speak their own truth”, she says, and without a platform, the artists lack a voice.

For a long time art from the MENA region has been overlooked. however this has changed over the past couple of years and is now progressing.

It shows through increase of international exhibitions such as But a Storm Is Blowing from Paradise: Contemporary Art of the Middle East and North Africa that was shown at the Guggenheim New York.

The four-day exhibition of the Barjeel Art Foundation at Whitechapel Gallery in London and Sophia Al Maria’s exhibition at the Whitney Museum of American Art.

Dubai has built an arts ecosystem from scratch and is still continuing to grow and is challenging ‘The Cultural Desert’ of the Middle East.

“Dubai has been views as flashy and artificial, which is a very simple way of looking at the city. You only need to scratch the surface to find an exciting, engaging and entrepreneurial energy, which is what Dubai has been build on.”

All images by Cheb Moha.