Gerda Wegener: The truth behind the canvas

“Every morning I promise myself that I’ll spend the entire day as a man, but I think Lili’s thoughts, I dream her dreams, she’s always there,” said Einar Wegener, whose life was portrayed on film by the Oscar-winning British actor Eddie Redmayne in The Danish Girl.

The exhibition by Gerda Wegener in Millesgården, Stockholm, examines the artist’s life and the encapsulated dilemma more topically known today than ever before – having two people in the same body, each fighting for supremacy.

The artist’s portraits have a pattern of resemblance, where females may appear half in a trance with their eyes slightly open, present not only in this world, but also in the one they have in their own mind.

This epitomises the power of art to mediate subconscious messages of sexuality and erotism which may seem too much to take in for the viewers at the time, but succeeds in preparing art admirers to fully grasp its meaning.

Along with the hidden mind games behind Gerda’s artistry, this proves that our own eyes tell us what to believe in, which may be contradictory to the reality.

“She had success during the 20s as a popular painter and cartoonist, but no one could ever guessed that the beautiful model in many of her works was actually a man, her spouse Einar Wegener.” 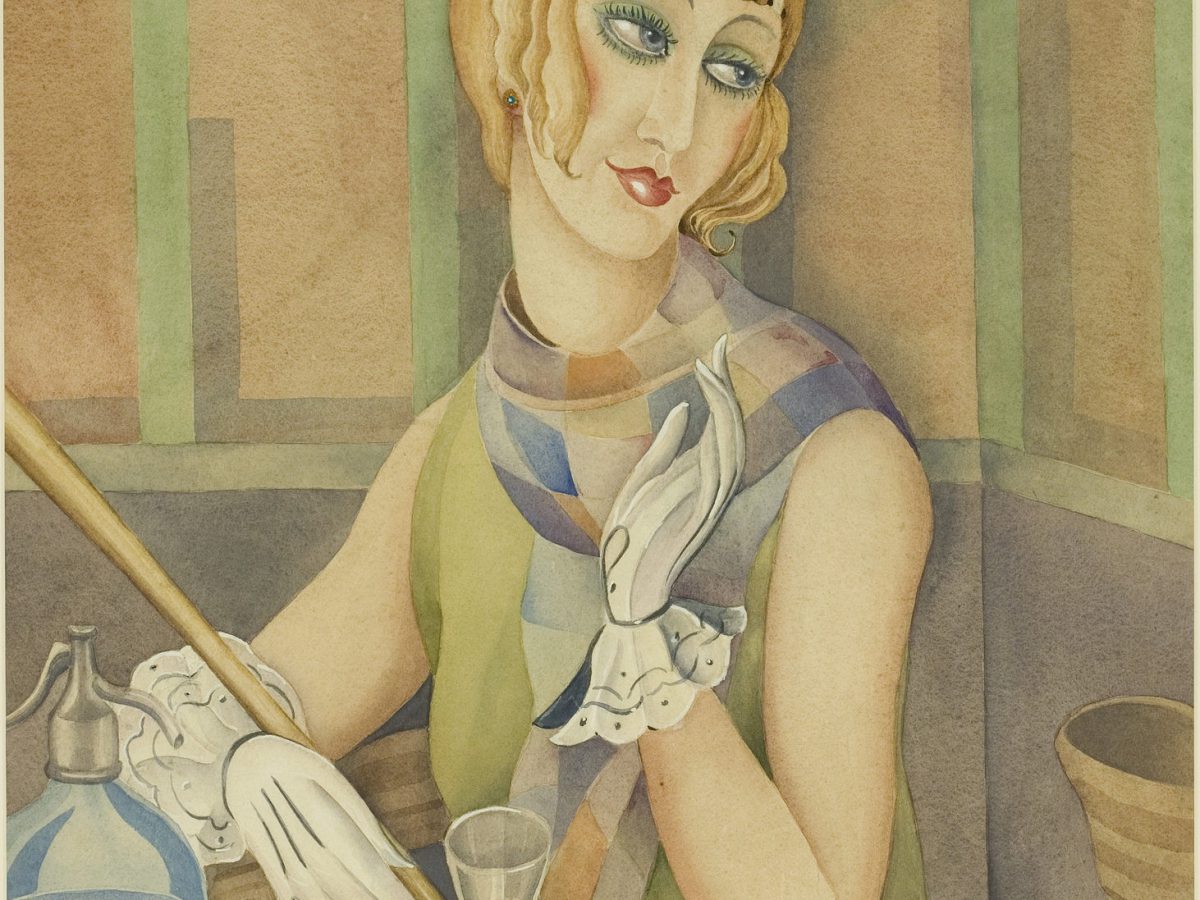 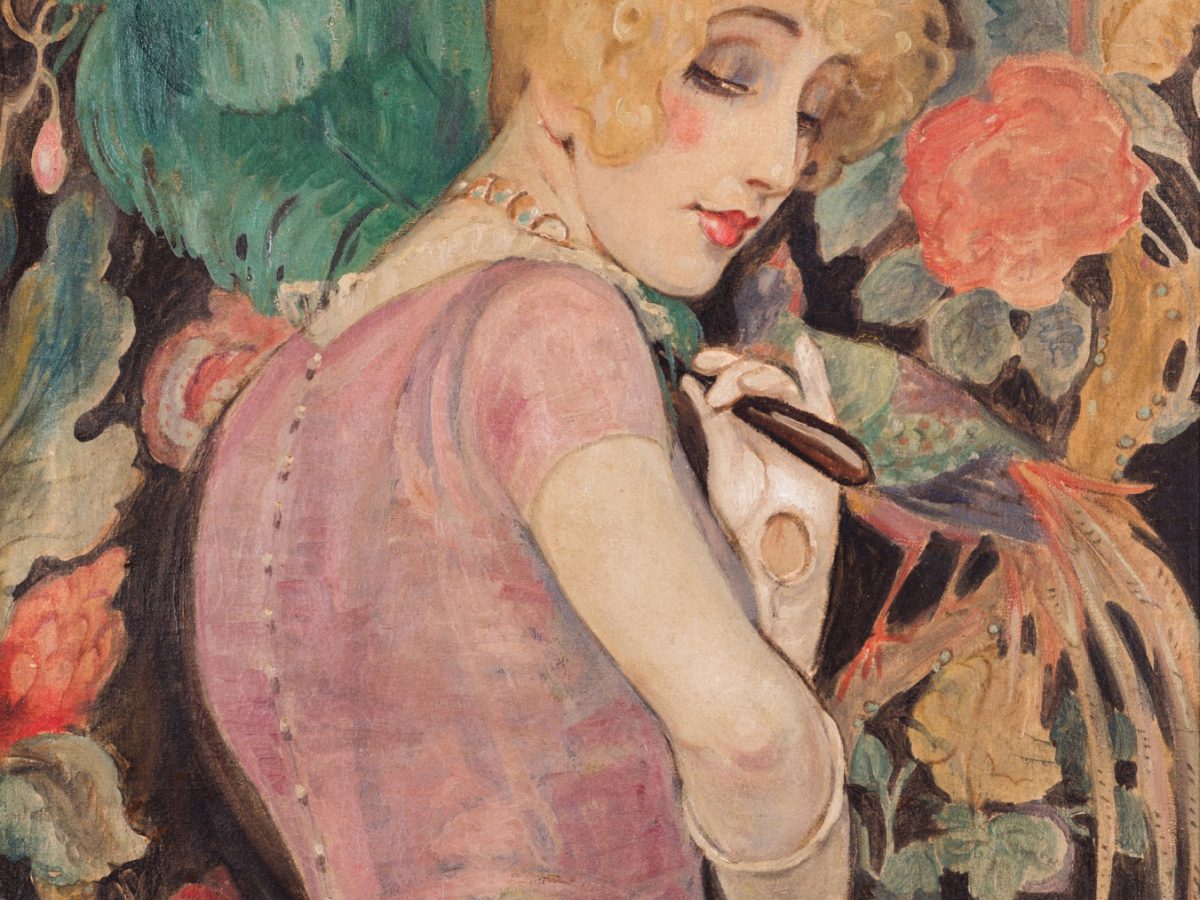 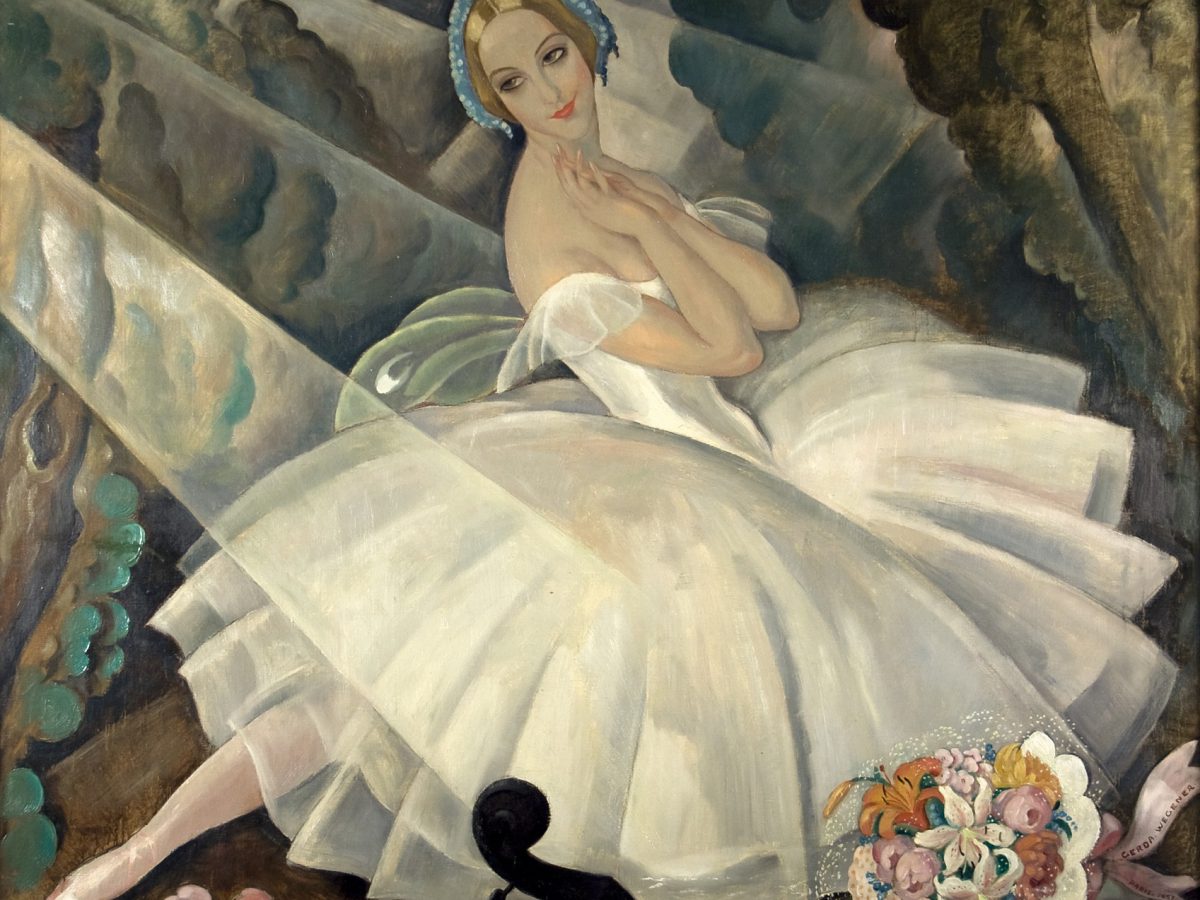 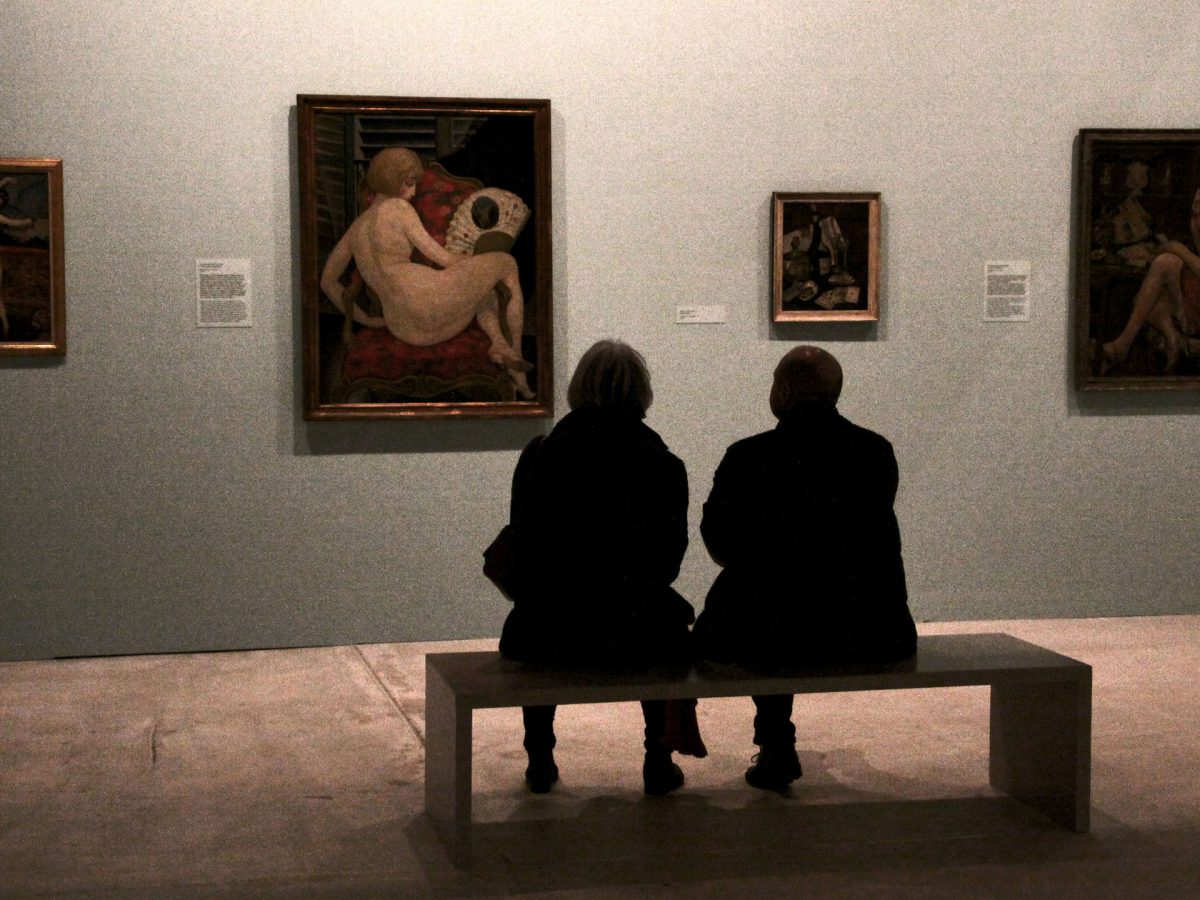 Female artists of the generation before Gerda Wegener found it impossible to move around freely in public spaces without being misunderstood or accosted.

Portraying ‘modern life’ was difficult for an impressionist artist like Berthe Morisot.

It was not a problem for the fearless Gerda who romped through the streets alone, whether it was well received or not. 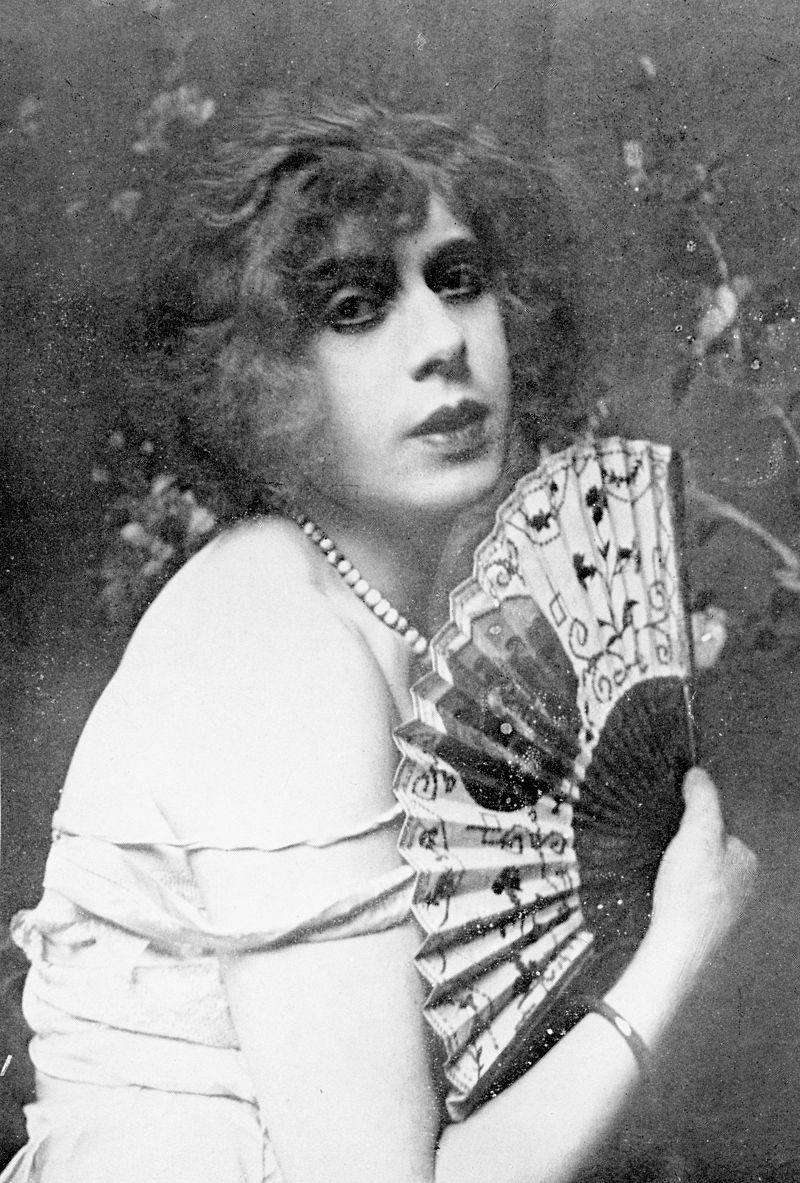 The period after the Great War saw widowed women taking over many tasks formerly the preserve of men, significantly blurring gender roles.

So emasculating them to the point of their physical appearance, with many women having short hair, wearing shorter skirts and even trousers, which precisely transformed into her art that she illustrated cocottes with stylish short bobs.

“Woman must unleash her womanly instincts and qualities, play on her feminine charm, and win the competition with man by virtue of her womanliness, never by trying to imitate him,” said Wegener back in 1934.

She was a successful Art Deco illustrator who produced portraits of fashionable women for magazines such as Vogue and La Vie Parisienne.

Though she profoundly indulged in popularising womanhood in her paintings, through human games with identity by dressing up.

Garda became her love interest’s greatest advocate for a decade-and-a-half during their unconventional marriage, through making Einar pose dressed as a woman, thus developing or perhaps even forging her alter ego.

According to Einar’s own words, the transition into Lili Elbe began by chance, when one of his wife’s life models failed to turn up.

Their mutual friend, an actress named Anna Larsen proposed that Einar might step instead. Initially, he refused, but then took on the role like it was his own, as a natural.

“I cannot deny, as strange as it may sound, that I enjoyed myself in this disguise,” Lili wrote in her autobiography. “I liked the feel of soft women’s clothing. I feel like very much at home in them for the first moment.”

The turn of events marked the end of Einar who unlocked a hidden feminine self which made her continue posing for Gerda’s illustrations as a brand new individual – Lili – the name Larsen christened her.

As the years passed, the pair become increasingly close as they moved to Paris in 1912. The decadent and frivolous lifestyle there developed their artistic career, but harmed their relationship, turning it from a romantic into a platonic one.

During their visits to the Parisian balls, Gerda accompanied Lili as her “sister” and Gerda watched as she flirted with the unsuspecting officers they met. 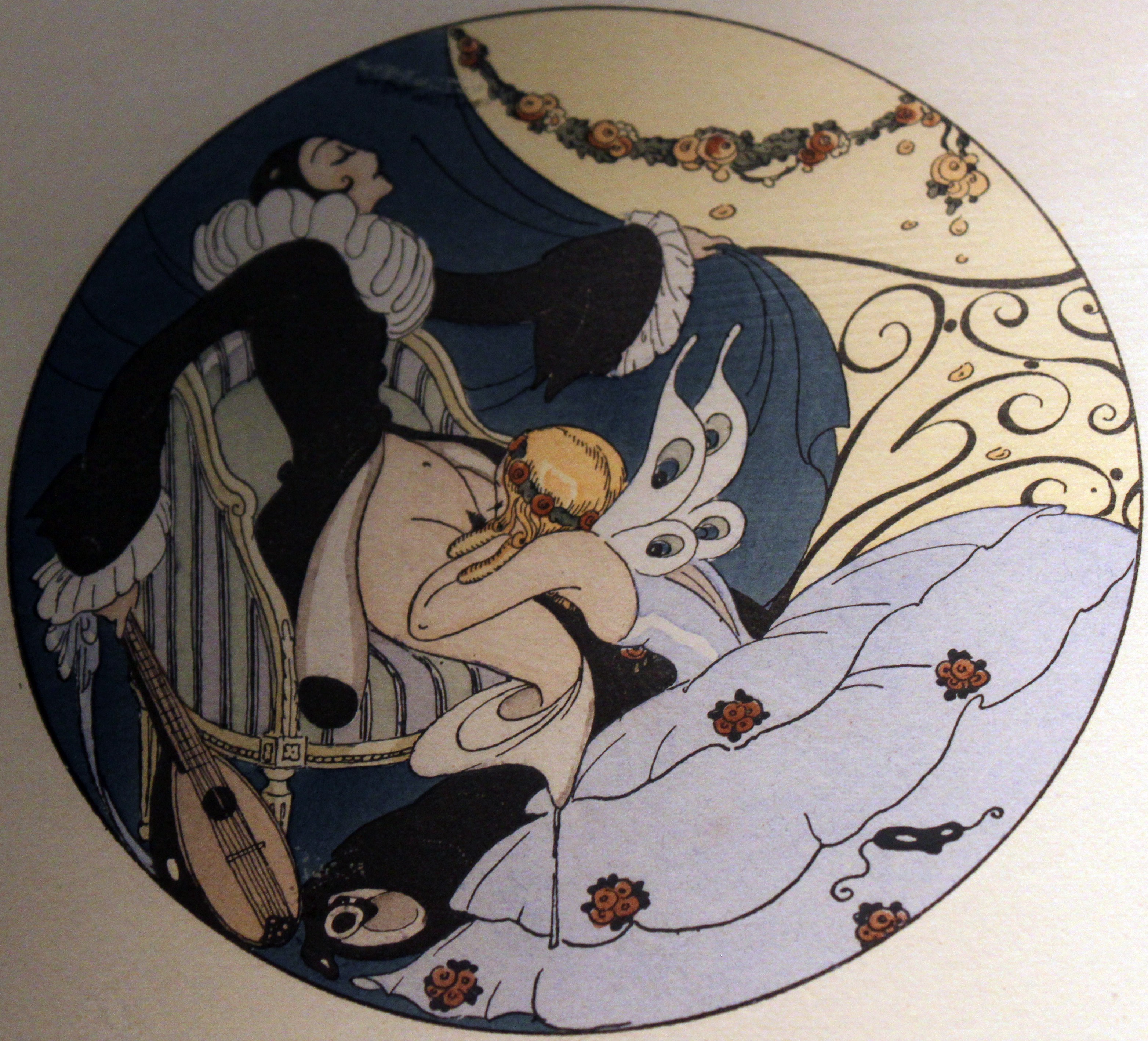 Many of Gerda’s Wegener art works caused a national indignation.

“While living in Paris Gerda Wegener won great recognition and fame – among other things three of her works were incorporated in the Louvre’s collection and are today at the Centre Pompidou,” said Wiberg.

“Gerda never achieved the same status here in Denmark, because she was a woman, because she also expressed herself in commercial mass culture, and because her conflicting sexuality and the story of her marriage were too difficult to relate to,” she added.

Gerda Wegener often described her marriage with Einar Wegener as being a commitment to two very different people, as if she intuitively felt her husband’s inner inability to fully flourish as a human being.

One a Danish landscape painter, a steadfast man who in his own words “could withstand storms.”

The other shared none of these qualities. Lili Elbe, a new name was chosen for the river which flows through the city of her rebirth (after going through gender modifying transformation) as set down in letters and notes of her writings  “a thoughtless, flighty, very superficially-minded woman,” prone to fits of weeping and barely able to hold conversations in front of powerful men.

Despite having destructive thoughts accompanied with sense of rootlessness, Lili did not – as expected – commit suicide.

Her last hope Dr Kurt Warnekros, a doctor at a Dresden clinic who, in 1930, promised to help Lili by performing a groundbreaking series of operations that transformed Einar into Lili. 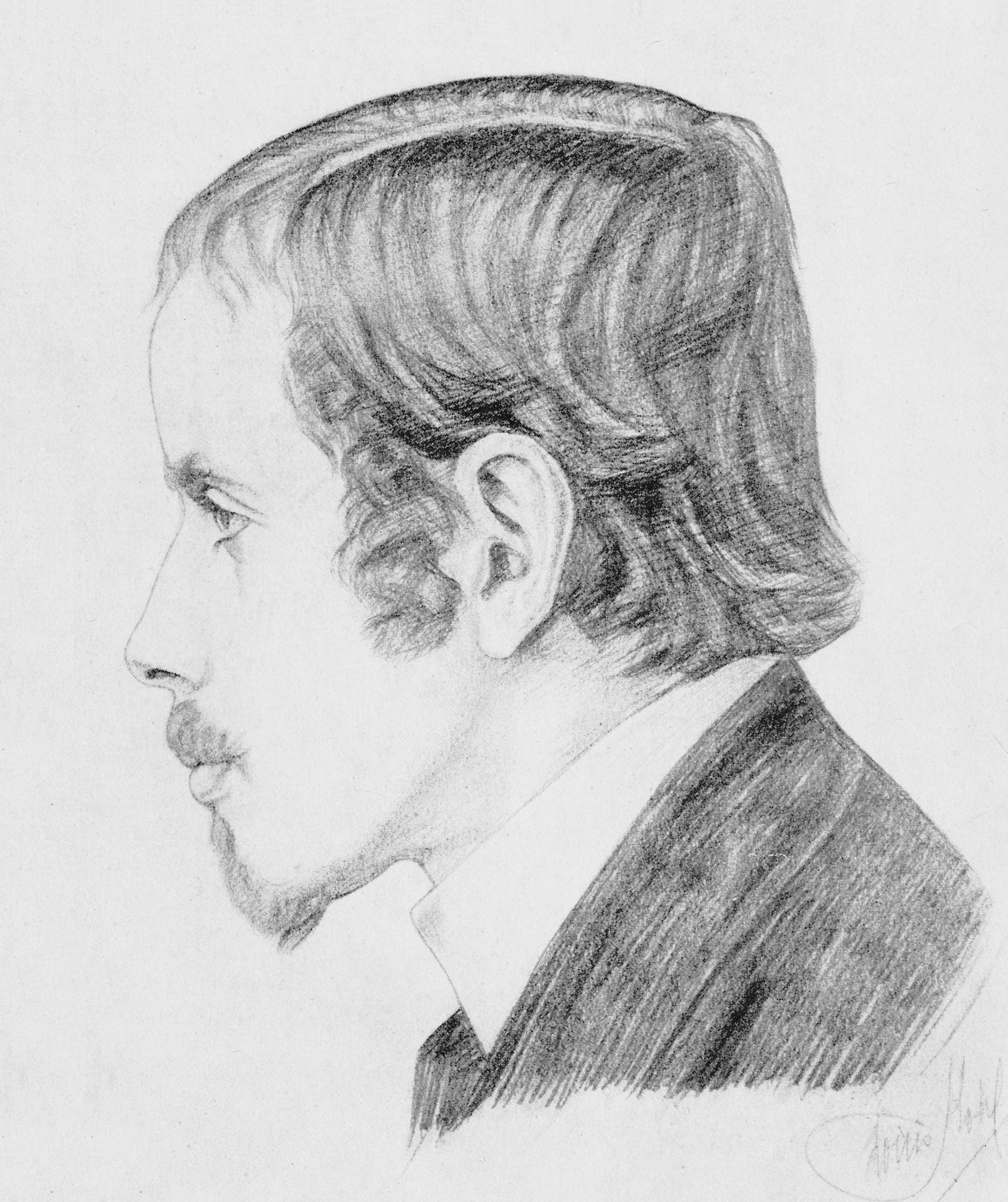 Einar Wegener in 1920, before the transition

However, she did not live to realise her dream of living as a fully fledged woman as she died a year later due to complications from the surgery to transplant a womb into her body.

“Now I know that death is near,” Lili wrote in a letter to her sister after she underwent the womb transplant that was to kill her. “Last night I dreamt about Mother. She took me in her arms and called me Lili, and Father was also there.”

One may find notes of misery in Lili’s words, but the cause of her suffering was quite simple: distress over ambivalent sexuality. Many transgender people can relate to it now, but it could not easily be accepted in Wegener’s time.

Lili Elbe was the first to break down the walls of gendered and sexual identity, contributing to the present emancipation of transgender individuals who have loomed large in mass-media through trans icons such as Caitlyn Jenner and Laverne Cox.

As the person who laid the foundation stones for today’s trans community, perhaps only now can art that she posed for over a century ago reach the audience, giving us a glimpse of the colourful, abandoned 1920s; a theme and time which hits the nerve for our own generation.

As for the love of her life Gerda Wegener joins the vast array of artist who were misunderstood during their lifetime, because their creativity was considered immoral, strange or unacceptable for the traditional norms and mores of their era.

The risk of being community’s outcast is sometimes worth taking for the sake of freedom of art expression that can contribute to great changes, as Nidi Osundre said, “to utter is to alter.”

Though art may not speak directly to its observer, it does leave an opportunity for one to attempt discover symbolics that once divided opinions.

The exhibition at the Millesgaden, Stolkholm runs from February 4 to May 17, 2017.