Cloning: the future of life after death 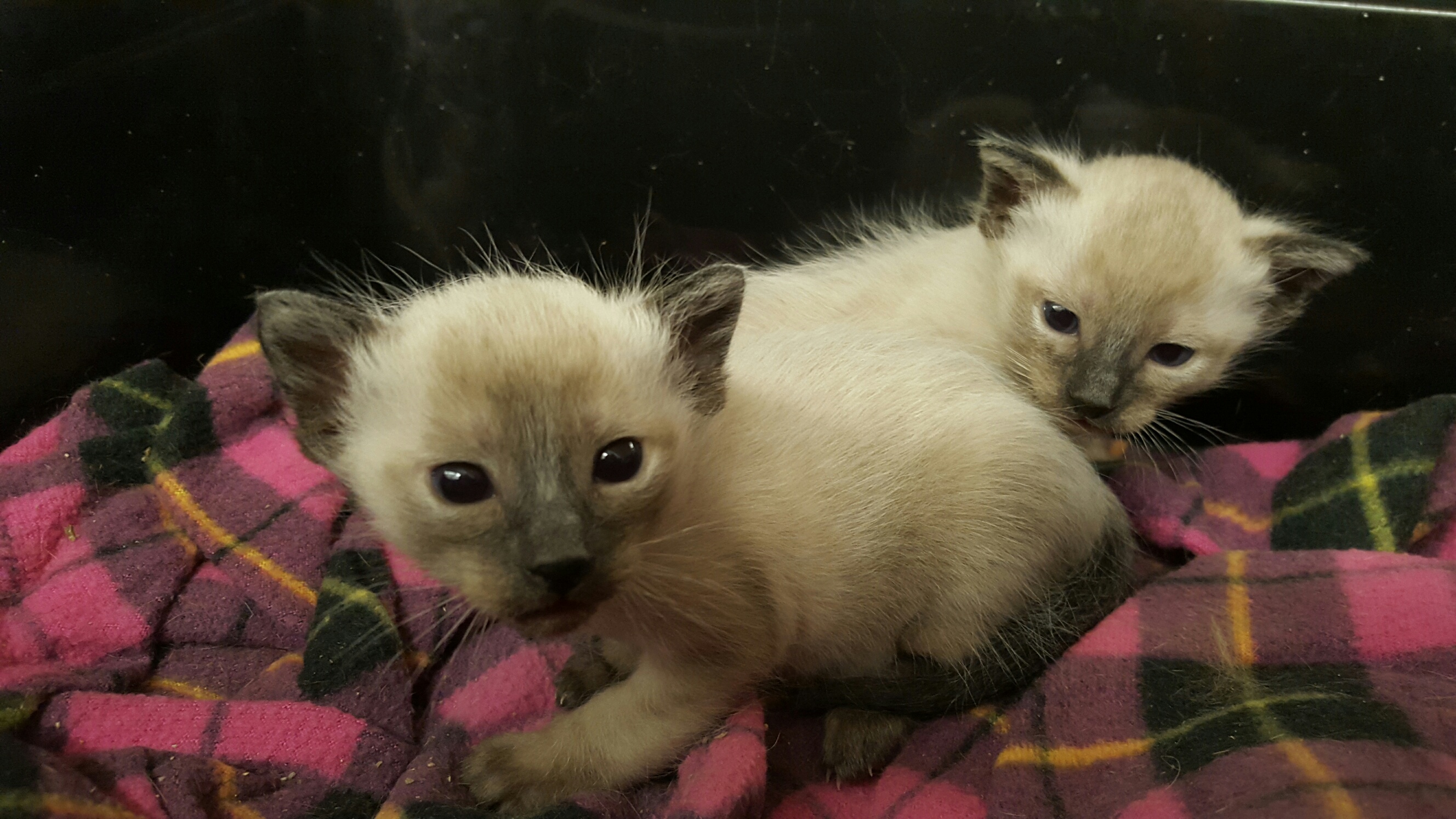 The proverb ’cats have nine lives ‘doesn’t normally refer to a literal reality but to cats’ great capability to remain uninjured.

For a Siamese cat called Dylan in Texas, living multiple lives has become a reality.

He died of a heart attack at the age of 8 but he was re-born a year and two months ago.

His owners, Dawn and her ex-husband, who prefers to stay anonymous, decided to clone him for $25,000 as they couldn’t imagine a life without their beloved pet: “I got my baby back and I can’t evgmen tell you how excited I am” says Dawn.

Dawn was heartbroken when she saw her cat dying of heart attack in front of her but she didn’t give up.

She ran to the closest veterinary in hope that something could be done.

Luckily for her, the clinic was only 10 minutes away and when she got there, though Dylan died, they were able to preserve his DNA and send it to the cloning company ViaGen.

The company is based in Cedar Park, Texas and was set up in 2002.

Since then it has been cloning thousands of horses and livestock such as cattle, pigs, goats and sheep.

Only two years ago the businesses started cloning dogs and cats as well.

Cloning is legal in the US and products from cloned animal are regularly produced and sold and there are no requirement for these products to be labelled differently.

The procedure of cloning can take place even after the death of the animal but in a limited time frame and under certain circumstances.

“It was just meant to be because if we waited any longer we wouldn’t be able to do it “says Dawn.

Cloning an animal doesn’t guarantee that the clone will have the same personality traits than its original, but Dawn believes her clone is identical to the previous one.

She claims that the way he looks and the way he behaves are exactly how he was before death: “Every morning Dylan used to waking me up by jumping on my chest and licking my nose and since I brought him home that was the first thing he did.”

The way Dylan interacts with her dog is for Dawn further evidence that he hasn’t changed: “Dylan was raised by my puppy that is now 10. They were really good buddies. When we brought Dylan home they interacted with each just like they always had.”

When Dylan died, Dawn and her ex-husband were going through a divorce, which raised the questions for who of the two would keep the cloned pet. 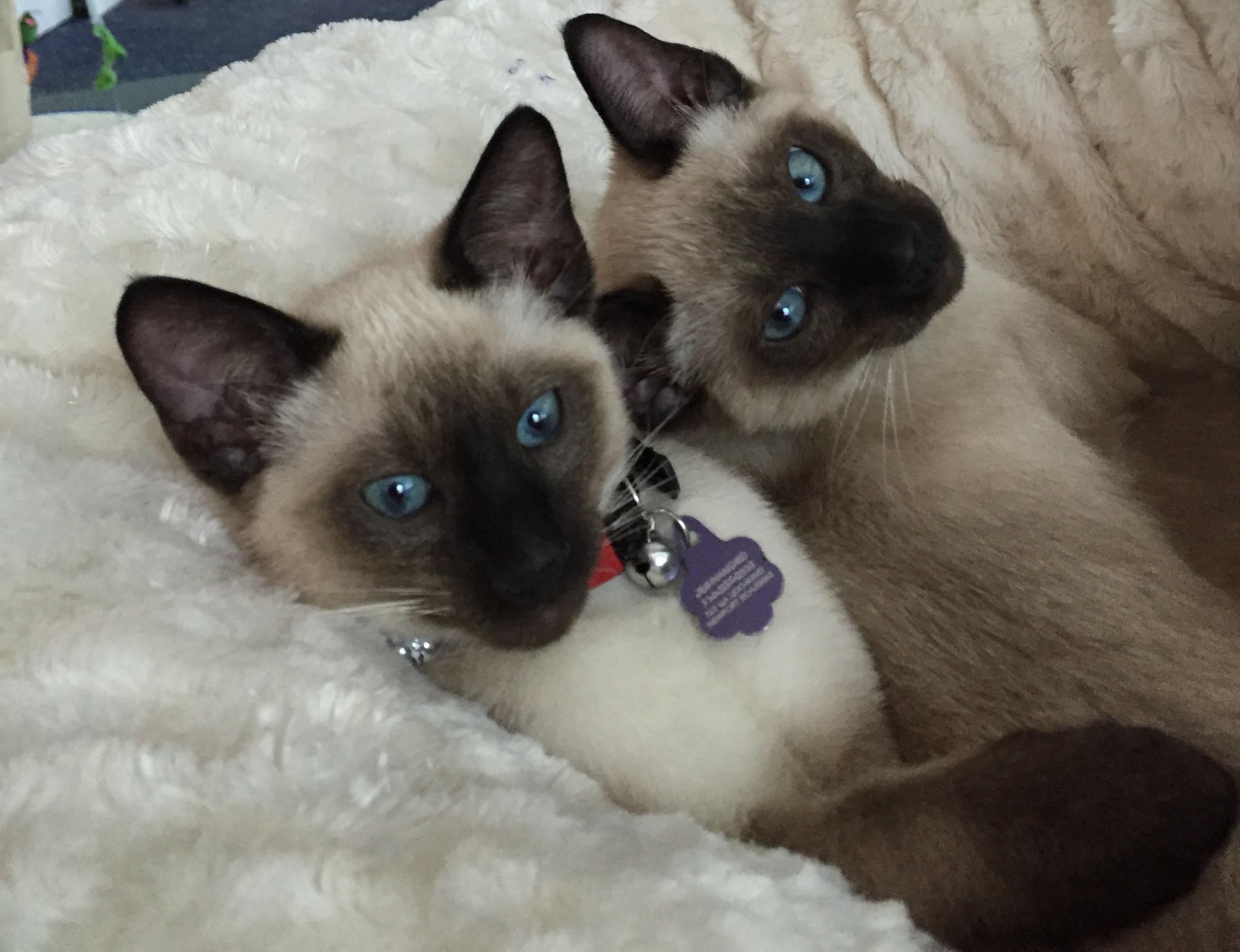 Picture of Dylan’s clones as adults. Authorised by owner and Lauren Aston from ViaGen cloning company.

Luckily for them, the surrogate mother gave birth unexpectedly to two identical twins of the cat.

Now they both have their own copy of Dylan.

As incredible as it sounds, Dawn claims that when the two copies spend time together they move in the same way at the same time.

They both enjoy spending time with each other and playing together.

Dawn has no doubts that Dylan still remembers his previous life.

She says that the clone that lives with her ex-husband who is not named Dylan, only reacts when she calls him by his original name.

She adds that in United States, it’s a common thing for animal lovers to bring their pets in buggies.

Dr. Julia Baines, the science policy adviser for PETA UK, has a different idea of what it means to be an animal lover.

She believes people who respect animals wouldn’t replicate them but instead they would invest money in helping those that are in desperate need.

The procedure of cloning is in fact very expensive.

Animal cloning has been a controversial topic since 1996 when the first clone, Dolly the sheep, was born.

Animal rights campaigners have condemned this procedure, deeming it a brutality.

“It’s such a shocking and cruel practice. 90 per cent of attempts at cloning fail and if you do get a successful clone, there is still potential for a lot of abnormalities such as the malformation of organs, deficiencies in the immune system as well as premature ageing” says Dr. Baines.

The term cloning describes a number of different processes to make a genetically identical copy of an organism.

Cloning can happen naturally such as in the case of identical twins. Or they can be made in the laboratory.

An identical genetic make up doesn’t necessary imply that the personality traits are also the same because these are influenced by the environment and life experiences.

Dr. Baines believes that the dissimilarities between identical twins will also apply to cloned animals.

In her opinion, cloning companies capitalise on people’s grief of losing a beloved pet by charging exorbitant amount of money with no guarantee that the animal will behave like the original pet, even if they look identical.

Lauren Aston, the office manager of ViaGen, the Texas-based cloning company doesn’t deny the possibility that the personality of the clone might not be exactly the same as the donor.

Although she believes most temperamental traits have a significant genetic component, so personalities between clones are usually surprisingly similar.

The process of making a clone can take from 6 to 12 months.

Scientists use a donor egg from a female cat and remove the nucleus that contains the genetic material, which gives an animal its characteristics.

Dylan’s DNA was then placed into the egg which was given electric shocks to trigger cell division.

The egg was then implanted into a surrogate female cat.

Animal rights groups disapprove of this procedure called Somatic Cell Nuclear Transfer (SCNT), as they argue that surrogate mothers have to undergo very invasive treatments to be able to give birth to the clones.

Pet cloning companies such as ViaGen claim to provide high quality care for the animals, making sure they go through a normal gestation and birthing process.

Lauren Aston says that although people might find the procedure unethical for the animals, pet cloning brings joy and happiness to pet owners: “Our clientele is very excited about our service.  We have the opportunity to share many of the early moments with these clients when their new puppies or kittens arrive, including the happy tears and genuine emotion.”

Bringing happiness can be considered a fair motivation for some, but the nature of the cloning process raise many ethical concerns.

A part from the most apparent one regarding animals’ welfare, the acceptance of death is also another point of discussion.

On one side, people believe we should endure the natural course of life without holding the power of resurrecting over living beings.

On the other hand, meat production is an accepted practice that already implies human’s decision on the life and death of animals.

Cloning is in fact one of many means that allow humans to use animals for their own purpose.

Copying animals is already a popular practice in many parts of the world such as America, Argentina, Brazil where milk and meat from cloned animals is produced and sold regularly.

US companies normally produce hundreds or a few thousand clones per year.

China is looking at using cloning for meat production at a bigger industrial scale.

In 2015, Chinese company BoyaLife and the Korean company Sooam Biotech signed a deal to build a cloning factory in Tianjin, China, to produce 100,000 cloned cows per year.

Cloning offers farmers the chance to replicate the best animals and therefore enables them to produce a superior quality of products in a shorter time.

The sex, genetic traits and the commercial value of the animals can be known before birth.

This is not possible through any other breeding methods.

Although in the UK, cloning companies don’t exist, pet cloning already opened its doors to the British clientele. In fact, some people agreed with the procedure and had their companions cloned from companies overseas.

Animals’ clones are also used for sport and leisure purposes.

In Buenos Aires the company Crestview Genetics owned by Adolfo Cambiaso the world’s best polo player and his two partners, cloned over 45 steeds for polo competitions.

One of the company’s owners Alan Meeker revealed to ‘The Economist’ that “rich individuals” have asked about human cloning.

Cloning humans might be the next step. Ethical reasons are the only limitations stopping scientists from taking the research further.

This may stop human cloning from happening now but what could happen in the future is unpredictable.

People’s mentalities might change in time and human cloning could become a more widely accepted procedure.

In Dawn’s opinion this is the case of pet cloning.

She believes the practice is particularly criticised for being new.

Although she feels differently in regards to human cloning that she doesn’t approve.

Despite her reluctance on coping humans, she is sure about her choice and she hopes to do the same with her other pets: “It’s the most amazing thing that I have done and I am so happy I did it. She adds: “I will do it with my puppy so I will have him back too.”