The threat to little Portugal 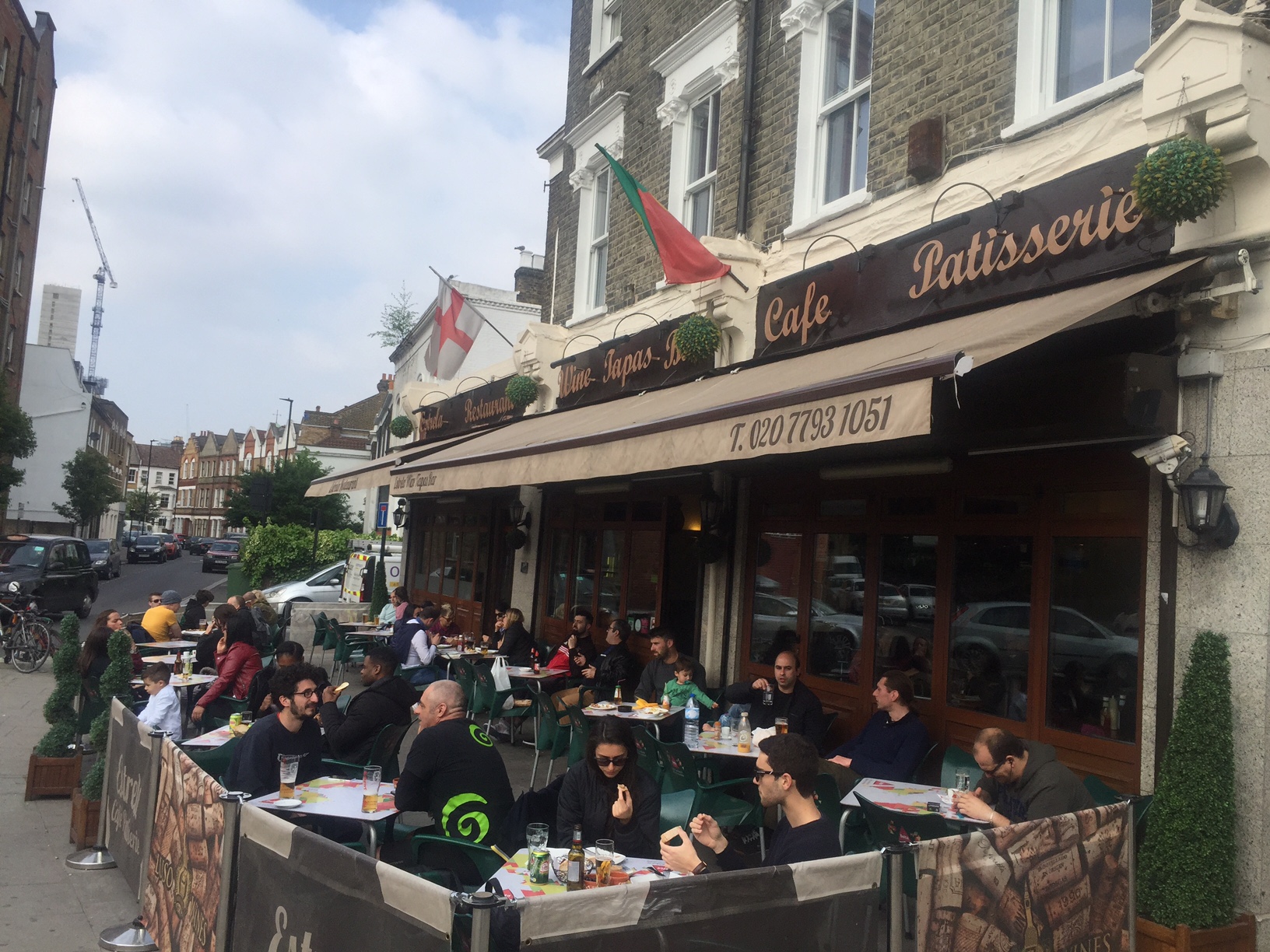 It is not uncommon to bump into a Portuguese in London. According to the BBC 2011 report on immigration rates, 36,402 people born in Portugal have migrated to Britain in the last decade, with half of that number residing in areas of South London.

Taking a stroll in Stockwell feels comforting yet eerie; we feel at home while living away. Stockwell high street is filled with a number of Portuguese restaurants and Portuguese grocery shops where you can buy the same products that are sold in Portugal.

As we entered “Three Lions”, one of the many Portuguese restaurants in London, Benfica (national football team) was playing in the background and an elderly man was holding his Sagres beer, half of the customers cheered whenever Benfica scored, while the other half rooting for Sporting, the other Portuguese team, frowned in disappointment. Well, as the Portuguese saying goes; one cannot please both the Greeks and Trojans (Não se pode agradar a Gregos e a Troianos)!

Figuring out why these people had migrated here is not difficult, but each one’s purpose differs slightly. Yet despite this, most state their reason for migrating as “opportunities”. The majority had felt they were not living too their full potential in Portugal due to the lack of opportunities back home.

Taking into account immigration tensions caused by Brexit, and most recently a snap general election, some Portuguese immigrants have expressed an uncertainty about their future in this country, while others are not at all. We spoke to two other Portuguese on their thoughts about living in London post-Brexit.

Guilherme Rosa moved to London in 2001 when he was 28 year old. He became politically involved and now represents the Labour Party for Council of Lambeth, South Lambeth. Being the first in the family to emigrate, Guilherme remembered a time when he juggled four jobs to make ends meet. Guilherme now works closely with the Portuguese community to help and advise families with financial difficulty. When asked about Stockwell in particular, Guilherme told Artefact: “It is an atypical area where most of the people are considered lower-middle or working class, with no studies and no financial possibilities, they’re what I consider ‘economic refugees’.”

But Guilherme stresses that not every Portuguese that comes to Britain is unqualified or uneducated. There too are highly skilled and qualified Portuguese professionals who come to study and work in Britain. However regardless of education or qualifications, when a Portuguese Londoner misses home, they usually go to places like Stockwell to find a sense of familiarity, unity and mutual respect.

Most state their reason for migrating as “opportunities”

Apprehensive about the consequences Brexit might bring, Guilherme ran a rather successful campaign against Brexit that mobilised a sizeable number of Portuguese in London. “We have a responsibility to participate in the country they chose to live in”, says Guilherme, who thinks of Brexit as a“radical decision and probably one of biggest mistakes ever made as far as UK politics are concerned.” When asked about Portuguese who want to move to the UK,  Guilherme advises: “Organisation is key because it is not wise to move abroad without any sort of guarantee or planning”.

On the other hand, London is a particular popular place for Portuguese students.  According to Portuguese newspaper Diário de Notícias, more than 800 students had started their first year of university in London from September 2016 onwards.

Mariana, a 22 year old currently studying film in UAL, realised she had to move out of Portugal after a year of studying there. Higher Education in Portugal did not provide her with the same opportunities, coming to London was imperative for her. “I came here in search of a better job market plus better curricular activities”. Transitioning to a new lifestyle and culture might not be easy, but Marianna managed the move from Portugal to London pretty well – having an American accent and a Portuguese flatmate were some factors that helped.

“I am able to be paid for my photography here, which would have been unthinkable in Portugal, so I do not intend to leave anytime soon. The snowball effect has already started; why would I stop pushing it?”

Reflecting on Brexit, in particular the rise in hate crimes, Mariana seems hardly worried at the moment: “I do not necessarily believe that those people who were racist before probably will continue to be, and now that they have just been given a platform to verbalise it that they seem to be proud of. We live in a bubble within the UK, London is a melting pot that doesn’t exist anywhere else in the United Kingdom, so I’d like to believe that immigrants are treated better here.”

Division and fears aside, we think it is safe to say that a camaraderie exists amongst the Portuguese community; if someone faces any trouble, a fellow Portuguese would gladly help in whatever way they can.