As the present marches relentlessly into the future, cash is at risk of being eclipsed by advances in digital alternatives, and so could be on the path to becoming obsolete.

“Over the next decade, the number of cash payments is forecast to fall by 34 per cent to 11.3 billion,” according to a forecast by UK Finance.

This is partially a result of mobile banking and contactless payments, but also apps such as Ping and Paym, which link bank accounts to mobile phone numbers. All of this technology further adds to the ease and convenience of digital payments and transfers.

A company called Cash Management Solutions published a report in 2015 looking into this, titled The War on Cash which stated: “The early signs from the UK – a mature payments market where contactless has had significant uptake – don’t look good. In 2014, for the first time, non-cash payments overtook cash in the share of UK transactions. ”

With all these developments, it’s not hard to imagine a time in the future where a twenty-pound note will be about as much use as an abacus, having given way to the superior digital alternatives.

UK Finance’s 2017 report stated that paper money still accounted for forty per cent of payments in the UK in 2016, although said this was expected to drop to twenty-one per cent by 2026, reporting that the “recent increase in the use of contactless cards has had a significant negative impact on cash payment volumes.”

Contactless payments were what really changed the tide in favour of the digital revolution, introduced in the UK by Barclays in 2007. “During the last ten years, cash payment volumes have reduced by 33 per cent”, according to the report, which makes you wonder what impact the next five years will have.

The ‘ground zero’ of this cashless revolution, was a trendy café in South London called Browns of Brockley, which has since inspired other establishments to follow the trend. 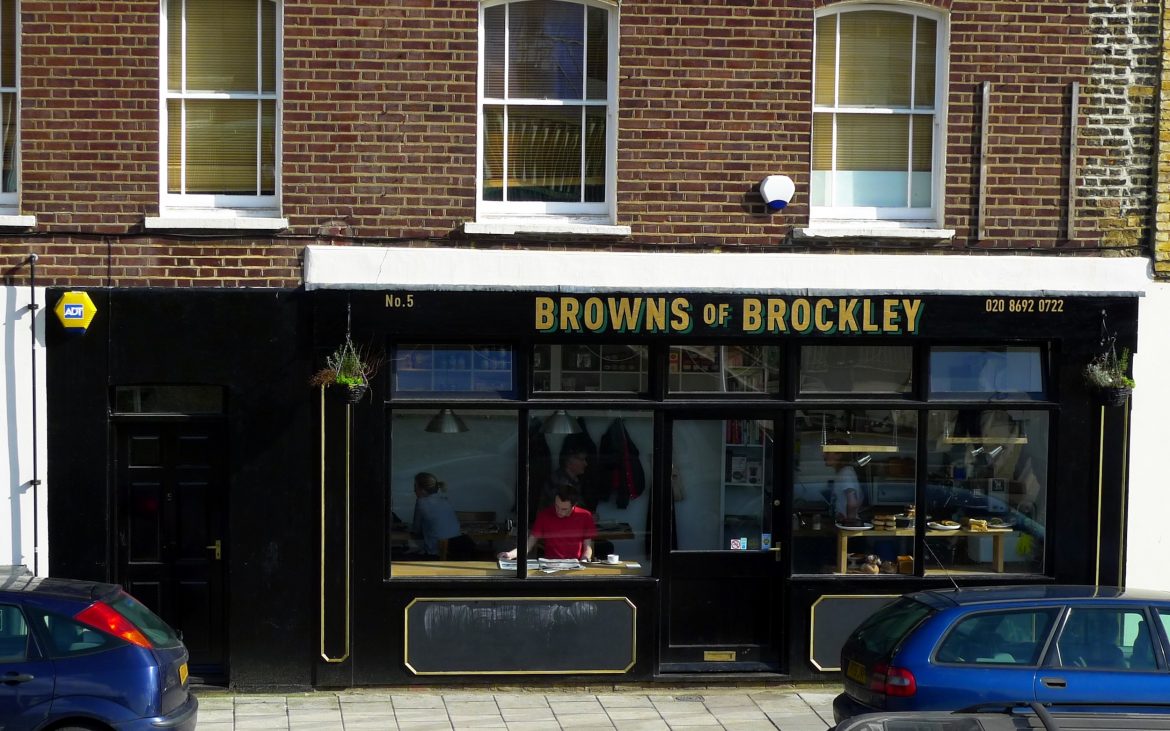 Browns of Brockley, one of the first establishments in London to stop accepting cash payments. [Flickr:Ewan Munro]

One of the establishments to follow the cashless trend was the London Bridge branch of Tossed, which is a chain of modern salad bars. It’s very popular with busy businessmen and women, who are looking for a fast and nutritious power lunch.

The manager of the branch, Paulo said, “It’s the future, man,” in reference to the fact the place was totally digital. “We started doing this about six months ago, but we have branches in a few shopping centres that have not fully transitioned yet”.

Ordering is done on one of the many iPad-style tablets that populated the shop. The digital ordering process means that the staff do not actually take the customers order directly, which could leave customers confused as to how to operate the tablet, and possibly incidents of unsuspecting customers reacting negatively when they find out that they can’t use cash.

“We sometimes get customers who don’t understand why they can’t pay in cash,” he said, “we always have a member of staff at lunch, there to make sure everyone knows how to order. But sometimes people don’t want to take that much time looking up things on the touch screens,” Paulo explained. 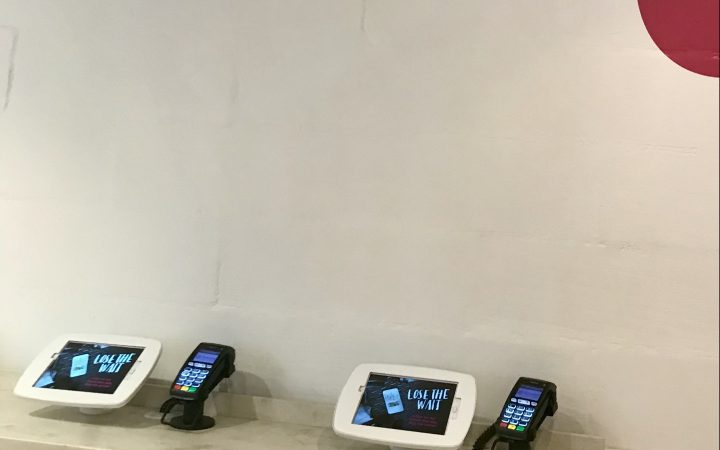 Order by tablet and pay by card [Jamie Hilferty]

There are many advantages for retail outlets no longer accepting cash, for one it saves the owner from having to take the day’s takings to the bank; it also reduces the risk of not only ‘over the counter’ style robberies, but also light-fingered members of staff.

The recent replacement of the pound coin is a perfect example of this because it illustrates just how fickle the value of money really is. On October 14, one hundred old-style one pound coins were worth one hundred pounds, but two days later those same coins were worth nothing (of course you could have them changed into new coins, but that’s not the point).

Money is only worth what the banks decide it’s worth, this can change and fluctuate, but most importantly it can be rendered entirely valueless in an instant, as it has no true value, it just represents a value.

If it’s possible in today’s world to operate an entire day without the use of anything more than a smartphone, surely it won’t be long until we have superior technology to replace things like passports and driving licences as well?

Digital banking has come a long way in the last ten years and will continue to streamline and merge until digital financial consumer technology is only limited in its application by the laws and rulings of governments.

While BitCoin presents an alternative to the way that we bank, partially born out of distrust of the current system, it seems that believe that the demise of cash itself will be born out of the pure convenience that the digital alternatives offer.

BitCoin isn’t the only futuristic advancement that we can see in today’s world; A Costcutter on a Brunel University campus is the UK’s first shop to accept payment via fingerprint. An online statement made by the university said: “FingoPay, the new payment technology, takes a 3D scan of the customer’s finger at the till and links this biometric map to their bank account.”

Sthaler, the company behind the technology, says that they “are aiming for 3,000 [users] by November”.

Linking your bank account to your fingerprint is of course not something that we will be seeing much of in the short term, but it does show us that the future is upon us, and we just need to wait for the infrastructure to catch up.

We are on the very brink of the next era of financial spending methods, and if things progress as they are, cash could well become totally obsolete in the not too distant future.

In the average day, a student might attend lectures, order an Uber to go and get a coffee and pay online for that; they may get themselves something to eat at Tossed, and they won’t use cash once, they will do it all digitally.

With the first use of a biometric fingerprint payment system being introduced, it looks like soon we won’t even need a debit card. Forget cashless; we’re on the way to cardless as well.

It does however make one worry for all the buskers, cocaine users, low-level criminals and gangster rappers who rely so dearly on cash for varying reasons.

By Taysan Ali-Osman
5 Mins read
The story of two students who have been struggling due to the cost of living crisis.
Technology

By Taysan Ali-Osman
4 Mins read
With the rise of cryptocurrency in our current world, how dangerous is crypto to the young, ambitious, people?