Existence of discrimination is all around us and manifests in many ways, especially racism, Islamophobia, homophobia, sexism, and ageism.

Although it’s the most colourful community to the eyes of the world, the persistence of racism and Islamophobia also lurks amongst the mainstream LGBT community against Muslim, queer, minority ethnic people.

The sooner this problem is acknowledged, the sooner it can be dealt with. There’s a minority within a minority constituting a marginalised group into further sub-groups of their own community.

Already ostracised within their religious communities, many are also exiled from their homes and rejected from the Asian community as a result of internalised racism.

So the one place they rightfully feel the most comfort in should be their safe space – the LGBT community; amongst the people who are meant to be sharing and advocating the same values and where they feel most appreciated and not judged of their identity. People they are, ultimately, meant to share a kinship with.

However, it doesn’t seem to be that simple. The ‘typical white, masculine and built’ has become a stereotype in the LGBT community, so it is now inevitable that some will be a victim of all sorts of intolerance and prejudice, and for those who belong to more than one minority group, this threat is multiplied. For example, if someone is South Asian, Muslim and gay.

When negative judgements of these people are already conspicuous, when desperate times calls for the most support and cooperation as a humanity, the challenge now is to deal with the discrimination against them.

The Brexit referendum and American elections proved to have many ramifications, there was an upsurge hate crimes.

In 2017, the suicide attack at the Ariana Grande concert in Manchester saw a five-fold increase of anti muslim hatred. A similar growth in Islamophobic attacks was recorded by the Mayor of London’s office after the London Bridge incident. Unfortunately, The scale of hate crime is no better for the LGBT community. There, discriminatory attacks have increased by 80 per cent in the last four years.

Recent news reports that the US had voted against the UN motion to ban the death penalty for homosexuality provided a stark reminder that homophobia is only intensifying no matter how much legislation is successfully going through in favour of LGBT people.

It’s a repercussion 28 year-old Yusuf Tamanna endures regularly and continues to educate the LGBT society on today, “I’m always defending and speaking out on Islamophobia within the gay community, because that’s very rife. My sister is very religious and she gets looks, stares and comments from everybody, I do too. After the Westminster attack and the London bridge attack, even the 7/7 bombings, I got called everything under the sun.”

A journalist himself, and freelancer for musical pop & culture, Yusuf regularly writes about the LGBT rights of brown Muslims and South Asian gays, while volunteering for Stonewall (a campaign for the equality of LGBT in Britain). “I have experienced discrimination from white, gay men just purely based on Islamophobic ideas. They’ll say ridiculous things like ‘Your family’s religion throws gays off buildings!’ and ‘oh, aren’t all Muslims terrorists?'”

Similarly, Khakan Qureshi, 56, founder of the first South Asian LGBT group in Birmingham, has also been subject to racist slander: “Over the years, I’ve experienced a form of prejudice and discriminations amongst the LGBT community, and since the 9/11 in particular things have worsened for those who identify themselves as Muslim LGBT.”

His is very aware of the bigotry against South Asian gays, and so took it upon himself as an inspirational influencer in the LGBT community to establish ‘Finding A Voice’, a platform to empower gay and lesbian people of South Asian origin and to display solidarity.

Questioned regarding their identity on a daily basis, a frequent and criticised factor is the validity of being both gay and Muslim. An automatic response from the Muslim society is to expel them from their religion, making them ‘apostate’.

Khakan Qureshi too describes his position in his faith, he acknowledges himself as a ‘spiritual one’ and believes he can reconcile his faith with his sexual orientation. Growing up, he observed how there are Muslims who profess to be devout and practicing but breach many regulations of Islam by drinking alcohol, smoking or eating pork. 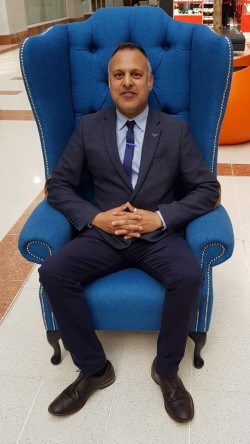 He explains the most important aspects of Islam dictated in the Quran is being compassionate, understanding and being respectable of one another: “It’s a case of practicing what you preach, trying to navigate with nature, having a good balance with work, family, your social life and doing the best you can. I am doing the best as I can as a human being regardless of my sexual orientation.”

The circumstances get all the more toxic once the news is shared across the Asian society and neighbourhoods as they are known to be culturally very close-knit. It becomes a very fast game of Chinese whispers, and it can get pretty nasty as the reactions aren’t very friendly nor supportive.

Growing up as a British Pakistani, Yusuf has lived through this predicament and confessed to concealing his full identity by not being visibly gay and suppressing it with a bold warning from his sister knowing the habits of the Asians all too well: ‘Do not tell anybody.’

This habit adds an immense pressure forcing the closeted gays to carry a burden in continuing on hiding that part of their identity resulting to self-destructive habits from low self-esteem and serious depression.

There’s an unspoken agreement amongst members of the Asian dominated areas not to address such explicit issues. A real example of ‘Ignorance truly is a bliss’.

Nominated for the National Diversity Award and appearing on the Rainbow List 2015, Khakan Qureshi has a solution in making a difference to this old-fashioned attitude. He emphasises powerful institutions on working with all aspects of our diverse communities and operating on a more active approach to clear the insensitivity towards the issue.

He urges LGBT organisations to reach out “into the inner city areas of pockets of South Asian communities.”

He explains the reality of the deep-rooted crisis, “Going to a mosque or temple is much more challenging, LGBT  individuals are being thrown out when they’re trying to share information as they’re refusing to acknowledge such individuals exists in the South Asian community.”

He believes ultimately, it is the younger generation who can break the taboo and stigma surrounding the topic of LGBT with the Asian community as they are the voice and vision of the future.

Evidently, we are living in a world where gay people are still seen and treated as the ‘other’. For the following generations to be more united and harmonious, we need to learn to be more accepting of differences and advocate the same to others to get rid of the internalised racism which exists in many communities.

The LGBT society should be welcomed wholeheartedly, whatever their race, religion and ethnicity. This is the next step forward.

Featured image by Lillen on Pixabay