The vogue for face-lifting in Asia

“China now has the largest number of Cosmetic Surgical Procedures being performed each year,” according to a survey conducted by the International Society of Aesthetic Plastic Surgery (ISAPS).

A recent publication from the American National Institutes of Health (NIH) stated that, “59.8% of Asian people have single fold eyelids, implying their upper eyelid crease is not as apparent as the crease of a Caucasian eye; the upper lid looks puffier and has more fullness, this leads to narrowing and gives arise to a slit-like eye.”

A quick glimpse at Chinese Celebrities reveal very few, (naturally or not) have these features and this has fuelled their most popular treatment, to help patients turn their single eyelids to double eyelids, which can help enlarge their eyes in an attempt to make them become more awake and beautiful.

Zhao, a 20-year-old student from China made a common pilgrimage to the mecca of plastic surgery in South Korea: “There were hundreds of cosmetic surgery clinics on the street in the Gangnam district, the glamour and lights of the heavy advertising gave me comfort.”

“I don’t see there is anything wrong in looking after my appearance. I really hate my single eyelids, and I had used plastic stick-ons for years to mimic the double fold, however, when I saw the surgical result of my friend who had tried the double eyelid operation, I too jumped at the chance.”

Alarmingly, Zhao does not intend to tell her parents about the plastic surgery she had: “I don’t know if they’d approve, but why should I worry them.” The surgery costed 3,600 yuan (£412) and it took nearly two hours to compete the procedure.

“The plastic surgeon asked me to keep my eyes open during the surgery. I could not feel any pain after the anaesthesic was injected, and I was awake throughout. The day after the surgery, my eyes were covered by dressing and I was not allowed to wash my face or take a shower for the rest of the week. The swelling reduced in nearly two months after the operation and I’m ecstatic with the results.” 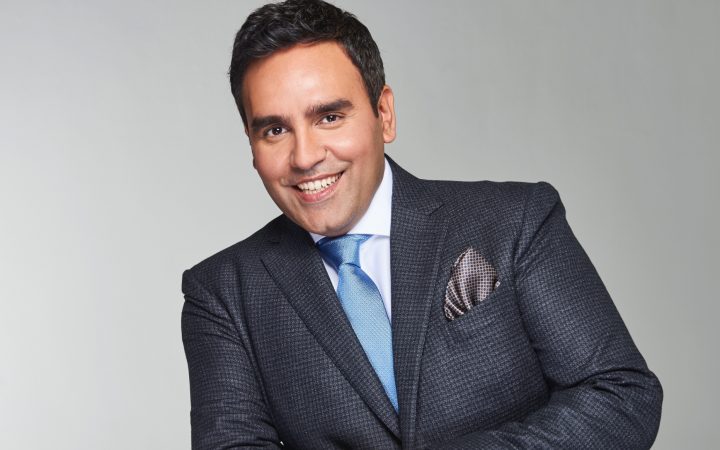 Revere Clinics is a boutique chain which offers beauty treatments. It was set up in 2011 by Dr Sach Mohan, who is one of Europe’s eminent cosmetic physicians. Revere has two branches in London, including one on the famous Harley Street.

The centre specialises in minimally invasive procedures. It has become a European leader in the field of minimally invasive cosmetic treatments and dermatology, performing thousands of operations every year for patients from all over the world.

Dr. Mohan is regarded as the ‘go-to person’ for the Asian community, with a loyal following in China, India and the Far East. Customers from Asia usually have different desires then Europeans. The overall impression seems to be that: “Everyone thinks the grass is greener on the other side.” The Europeans want to be tanned, slightly fuller faces and a more Mediterranean look; On the contrary, Asians don’t want to get tanned, and they want to have slimmer faces and a more western look. According to Dr Mohan, they are now providing a better service for their Asian clients. “We have Chinese speaking staff, Elycia, and even I am learning Mandarin now.”

Dr Mohan has received numerous invitations to go to China to speak at events, medical conferences and to teach other Chinese doctors. Elycia Tang is the only Chinese consultant based at the Harley Street branch. She says that 40 per cent of the patients there are from China. Typically, the clinic receives at least four appointments per day.

Not only women but also men are getting facelifts as well as nose jobs and chin filler with Hyaluronic Acid Injections, these chin fillers are the most popular treatments with Chinese patients. 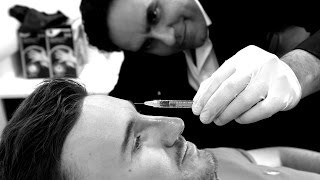 In order to maintain the results one has to come back every six to nine months. The reputation of the clinic is based on the transparency, education and honesty of the doctor, and the trust and communication between him and his patients.

Dr Mohan also gives recommendations to patients and spends a lot of time communicating with them; on the basis that they can then have informed discussions with their friends and share experiences as well as knowledge.

“If patients say they are unhappy with something on their faces but I disagree, I would say no. A doctor’s first responsibility is not to harm their patient,” Dr Mohan says. “It is about making diagnoses which are same as a medical diagnosis and based on the fact that we have to create a treatment plan. If they disagree with the diagnoses, then they cannot go ahead with the treatment.”

‘Beauty’ seems to occupy a significant position in many females’ lives: most have a strong sense of aesthetics from an early age. Attractiveness can easily get another person’s attention, and that is important to many women. Several social experiments have revealed that girls with more than average looks are judged less harshly than those with plain looks, despite the social taboo that it is wrong to judge people by their appearances.

Many young girls are ‘programmed’ to look like Barbie dolls, with things such as floral dresses or the colour pink. When they get older, however, many of them begin to pay more attention to fashion both subconsciously and consciously, emulating their favourite icons and celebrities.

During their formative years, most teenage girls adopt an individual style. They spend hours watching makeup videos, buying beauty products, following fashion trends and consuming dietary supplements. Some try almost every method to achieve their beauty goals. Meanwhile, the multi-billion-dollar beauty industry uses every marketing and advertising tool to satiate their thirst for a perfect look.

The rise of the cosmetic treatment industry helps the girls, with no patience, to have the appearance they long for, offering instant gratification as long as they can afford it. A burgeoning industry of back-alley providers has emerged, for those of them that can’t afford it, however, this can pose risks to their health. 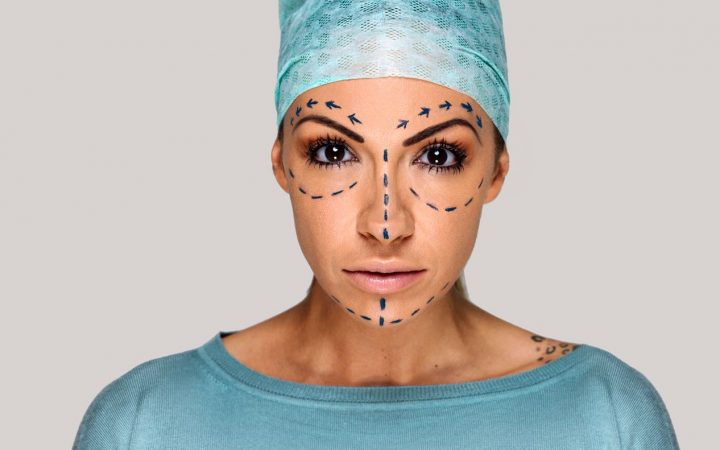 Many Asian want to replicate westerners’ sharp noses, deep and big eyes, as well as slender cheek and jaw bones. People realise that those sorts of features are impossible to achieve as they are traits of a different ethnic group. Losing weight is not an effective method, as the bone structure cannot be changed by fat reduction.

As a result, face-lifting offers an easier way to achieve these beauty aims. However, plastic surgery is always a controversial topic. Some people are firmly against cosmetic surgery as they think it is extravagant to spend so much money on beauty. They are also concerned that reshaping features is setting new beauty standards.

Many girls who have had plastic surgery refuse to admit it, as they care about other peoples’ opinion. Some people do not like this kind of physical ideal as they deem that those faces are “artificial” and “man-made” and this is something that they will never support.

The situation seems to be reversing in recent years. Cosmetic surgeries are gradually becoming accepted by the public and quietly becoming a trend. There are more and more medical establishments and the pharmaceutical industries that are now vigorously promoting plastic surgery.

People are getting rid of old concepts and reconsidering those beauty services. Some celebrities no longer hide the truth that they had have Hyaluronic Acid Injection on their faces or micro-plastic surgery to help themselves look younger and prettier. Not only women, men are also willing to have surgery.

In China, there is a group of people known as ‘Wang Hong’ in Mandarin. They are internet celebrities who earn money by doing live streaming on several platforms such as YouTube or Twitch, some also run clothing stores online. 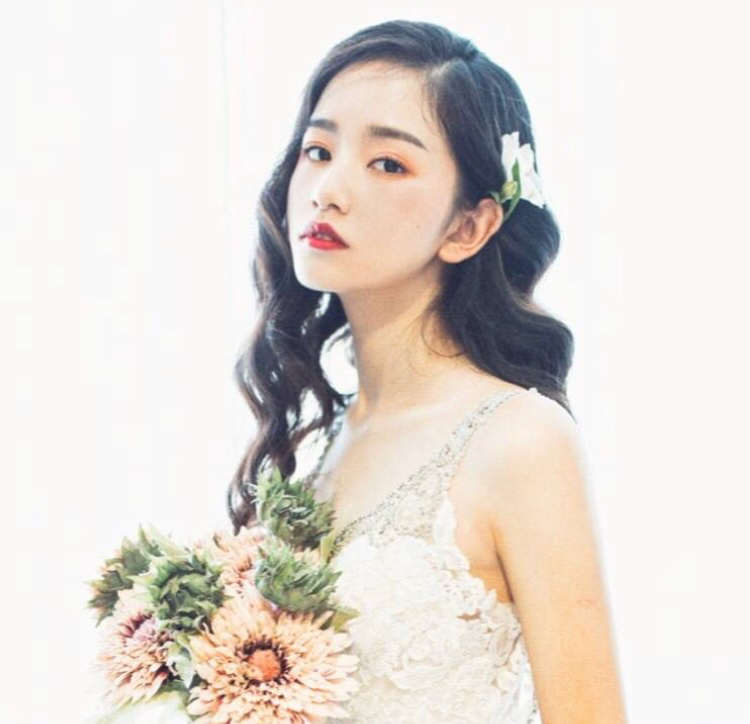 They all have one thing in common: the stereo typical perfect look, called “Wang Hong Face” by the public. Almost all of them have had medical procedures to reshape their faces to a certain look, known as the ‘internet celebrity face’, which refers to “the combination of doe eyes, a pointy chin, a high nose and fair skin, is a commonly used shorthand in China,” according to a BBC News article. Liang Zhi Liu is one of the Chinese International influencers with 7,000 followers on Weibo, the Chinese version of Facebook. Liang’s look is very typical of the “Wang Hong face” in China.

In the report published by iiMedia Research, about ten per cent of those internet celebrities admitted that they had undergone plastic surgery. People find it hard to distinguish them because of their appearance.

“I will never deny that they are beautiful, however, it should not be the standard of aesthetic. People should appreciate differences and everyone should be unique,” states by Lynn a third-year student in Peking University, China.

Lynn describes her first impression of cosmetic surgery: “The first time I heard about the plastic surgery was at the age of 12. My idol, a Chinese pop singer, suddenly changed his look. He trained in Korea for six months, and then, when he came back to China, his facial features became more outstanding and his chin was obviously thinner than before. He claimed that the training in Korea was tough, so he had a lot of weight loss.

“However, there was entertainment gossip disclosed that he had had the plastic surgery in Korea. Most of his fans were not willing to believe that. It sounds painful and horrible to have surgery on the face. It is not acceptable to me,” Lynn continues. “I don’t think I will have plastic surgery because, on the one hand, I cannot afford the expensive treatment fee, on the other hand, I am quite confident with my face. I am not ugly at least.”

In general, people need to see the face-lifting technology in a dialectical way and choose the reliable cosmetic clinics as far as possible. Most of the patients who have tried face-lifting are regular customers, and when they see the positive effect of the treatment, they will get addicted to self-improvement.

It might be a vicious circle that could have a negative impact on people’s mental health. Expert suggests that although pursuing beauty appropriately is a good, excessively chasing the perfect appearance can cause various degrees of mental illness.