Ever wondered if it’s possible to speak to loved ones who have passed away? Is death really the end or do we go on to another life? Once our physical beings are no longer of use do our souls live on? Where do our souls go?

The questions are endless, but the people who claim to have the answers are mediums.

Mediums are individuals who believe they have the ability to speak to those who have passed on to the ‘other side’ and are said to have a ‘gift’ as they provide those mourning with comfort.

Author and medium Claire Broad describes it as a ‘blending of the minds’: “It’s my belief that consciousness survives physical death, I’ve come to this conclusion after years of receiving personal evidence of survival,” says Broad.

“During a sitting, the consciousness of the being in spirit blends with my own awareness and when this is achieved to a high degree we can perceive one another’s thoughts, much like tuning into a radio frequency,” she says.

The death of a loved one can be one of the most challenging things a person will face in their life, leaving a massive gap.

President of the Spiritualist’ National Union (SNU), Minister David Bruton says: “Mediums are often able to bridge that gap through some form of communication between the grief stricken soul and the departed.”

Mediums can see clients on a one to one basis, and a typical reading with a medium can vary in price from £20 to over £100.

People can also attend events and spiritualist churches filled with audiences of people hoping for a message from their loved one or to see what contacting the afterlife is all about.

During a service, a medium may describe a person whose characteristics or features fit the person you are trying to connect with, whereas other mediums will come directly to the person the spirit wants to communicate with.

Mediums have been known to produce details as specific as names and phone numbers of those in the ‘afterlife’; others can be vaguer, describing images, objects or signs that they must make sense of with the help of their client.

However, many mediums will insist that the client does not give too much away during a reading, a simple yes or no is usually all that’s needed in response to what the medium is replaying across. 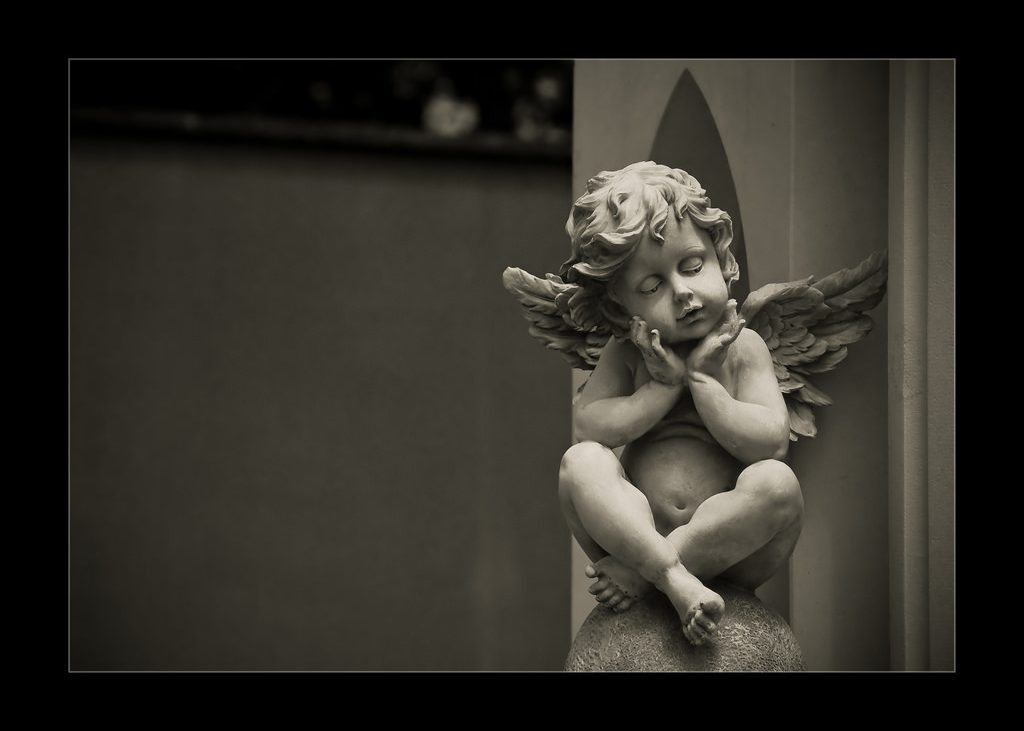 Spirituality is nothing new and it stretches back many years. Minister Bruton explained how spiritualism began: “Modern Spiritualism was ‘born’ in Hydesville in New York State in 1848 following the experiences of the Fox family and in particular two of their daughters, who after moving into a new home began to experience phenomena in the form of rappings which disturbed their night’s sleep.”

However, the sisters later confessed that their ‘gift’ was indeed a hoax; despite this the movement continued to grow to what it is today.

People turn to mediums for personal validation that there is indeed another life beyond earth’s plane; others want answers about the circumstances leading up to the death of their loved one.

Bruton says spiritualism reached its height during the second and first world wars when many people who lost loved ones needed comfort and clarification in knowing their sons, brothers and husbands were alive and well in the spirit world.

The SNU estimates that around 100,000 people attend their services in the UK each week. Bruton says: “Many of our churches do regularly have young people attending their services, sometimes they attend thinking it is all a big joke and they try to poke fun, but after experiencing a demonstration of mediumship most change their opinion.”

So what happens during a spiritualist church service? I visited my local church for the first time a couple of years ago in the hope of connecting with my little brother Leon, who passed away in 2009, aged 10. 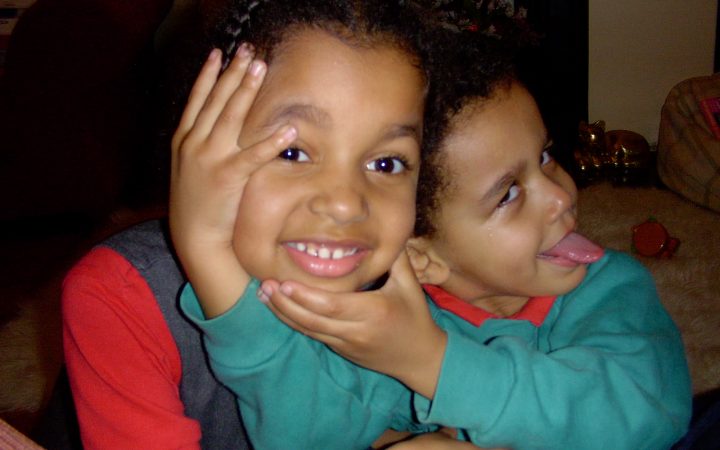 A spiritual church service is far from traditional, instead of singing a hymn to start proceedings we found ourselves singing Robbie William’s hit Angels. Apparently the pop numbers help lift vibrations and encourage spirits to join us. The service was filled with a few tears from those who received messages, laughs, comfort and clarity for many.

My family are predominantly believers; my mum got into Tarot cards as a teenager and says she has experienced seeing the dead before.

My grandad, Alan, has said he is in frequent contact with those who have passed away, mainly when he’s sat alone at home or things are quiet at his workplace.

He recently had a young girl visit him and he explained what the experience was like for him: “the girl was in her early 20s, I kept getting her picture in my head. “The first time I saw her she had long black hair, the second time she was in hospital with visible hair loss. She was with another girl who also looked really ill, they looked like they had chemotherapy.”

Alan saw the girl again: “She showed herself again, I usually sense spirits from my right side. She was wearing a black bomber jacket with silver embroidery and was dancing to rave music.”

My mum encouraged Alan to visit an open circle at the spiritualist church. Open circles allow mediums to develop their gift, and with a lot of thought Alan went along to one of the evenings. He said he needed to share his experience as it was bothering him that he didn’t know who the girl was.

“I described what I was seeing and a French lady said I had described her niece to a T. She showed me a picture of her niece and it matched the image in my head perfectly.”

A few months after Leon’s death my mum went to a see a medium who told her that it was too soon to contact him as he would need to learn how to communicate all over again.

My first ever reading was with a medium called Joyce. My mum and I sat in a room in her house in the leafy suburbs of London clutching our pens and paper hoping that we would be able to fill it with messages.

Joyce could sense my apprehensiveness and nerves to which she said: “Don’t worry my head’s not going to spin round, I just go into a deep relaxed meditation.”

“Right let’s see what we get”, said Joyce, and immediately described a young boy who loved football, that was my brother all over.

“He sees you dancing in your room”, she added.  At the time I would blast music and dance in my room to take my mind off things. “He said he has your back,” which is something we always said to each other.

In my mind I was blown away: Joyce, a woman I had never met before, was describing my brother and quoting things to me only he and I would know. 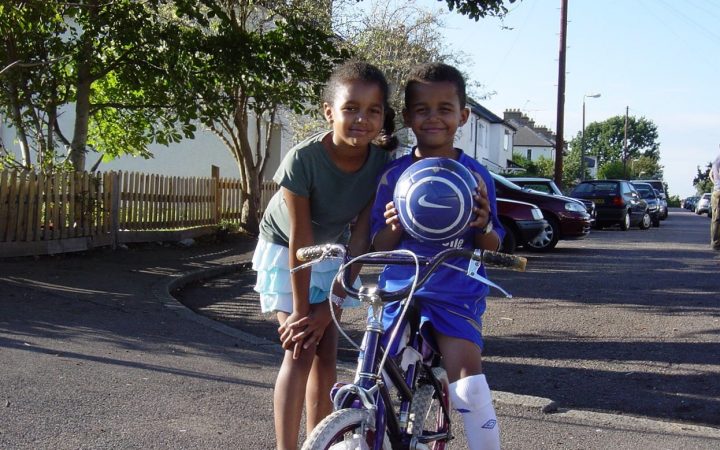 This kicked off my fascination with the afterlife, I felt like I had confirmation that death was not the end. Since then I have found myself visiting many other mediums including television personality Tony Stockwell.

He held an evening of mediumship at the London College of Psychic Studies in South Kensington, a place where many mediums and clairevoyants hold lectures and talks. I was sat amongst many others with photos of loved ones hoping that they would be able to get Stockwell’s attention.

Near to the end of the evening Stockwell asked for one more picture, my mum immediately held up a photo of my brother. He took the picture and said “what a beautiful boy, bless him,” he closed his eyes and began to connect.

What came next stunned my mum and I: “I am being drawn to the head,” Stockwell confirmed that Leon passed from a rare brain-related illness.

“He wants you to play a clip of him singing to hear his voice again”. He had a beautiful voice unlike my mum and I who are tone deaf: we both missed him singing to Michael Buble and rapping to Dizzee Rascal.

Once again, a total stranger was telling me about my own brother. How could he know all of this?

However, not everyone is completely sold by the idea of mediumship and the practice has had its fair share of criticism. Some mediums have found themselves amidst huge media scandals.

“Psychic medium to the stars”, Sally Morgan, faced backlash in 2011 when she was accused of receiving information about the people she was reading for during a live show. She denied this.

Heleana Prangnell, 21, is unsure as to whether she believes in the afterlife, she calls herself an in-betweener. “I feel I lost faith the older I got, the older I got the more I put things out of the ordinary down to more plausible answers, so, if I heard a bang I’d think it’s just the pipes not it’s a ghost.”

She added, “I’m in between because there have been events in my life but I try to put it down to science. For example, when I heard someone at my friend’s house say his name, no one was there apart from us and it was as clear as anything, that freaked me out.”

She said that she did initially believe in spirits: “I was brought up Catholic and there is a notion that after you die you go to heaven, but it never explained why ghosts ‘existed’, it made me think that there must be a different notion to just heaven.”

The Spiritualists National Union say that according to the last national census, Spiritualism is the eighth largest religion in the UK.

Spiritualism is not for everyone and maybe it is fair to say that for many people the questions about life after death will only be answered when it is our time to go and mediums can’t provide any clarity on that.

For others the clarity is already there.