The deepening dilemma over food banks

The Trussell Trust is an anti-poverty charity that is one of the largest food bank networks in the UK, with more than 420 of them running nationwide.

What started 20 years ago has become the main resource in tackling poverty with them handing out 60,387 emergency food parcels to adults, and 34,803 to children between April 2016 and March 2017.

This is a major ongoing issue that the UK government has yet to face head-on, and it makes you wonder how they can justify spending £370 million on refurbishing Buckingham Palace. 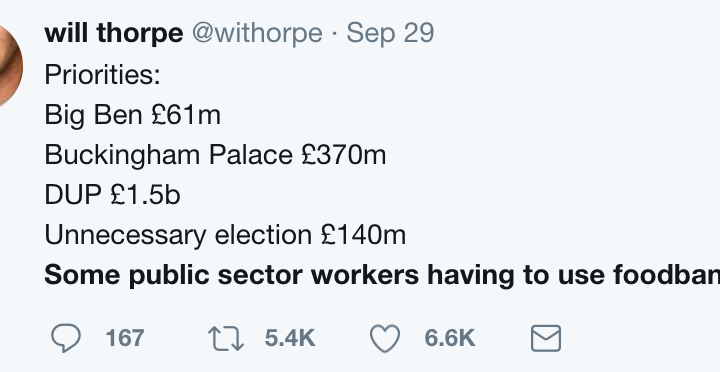 How much money London is spending on ‘priorities.’ [Twitter: Will Thorpe]

What comes as a surprise is that the people who need it the most are people who come from working families that are under the low-income barrier, such as public sector workers.

An anonymous writer for The Guardian explained how benefit advisors and other council staff are resorting to food banks. “As public sector staff, we have to show a level of professionalism, but often this is an act. The stark reality is that many of us leave work each evening and go back to cold houses with little food in the cupboards. Too many of my colleagues are reliant on family or friends for food, and if they have no one to turn to, they may even have to use food banks.” 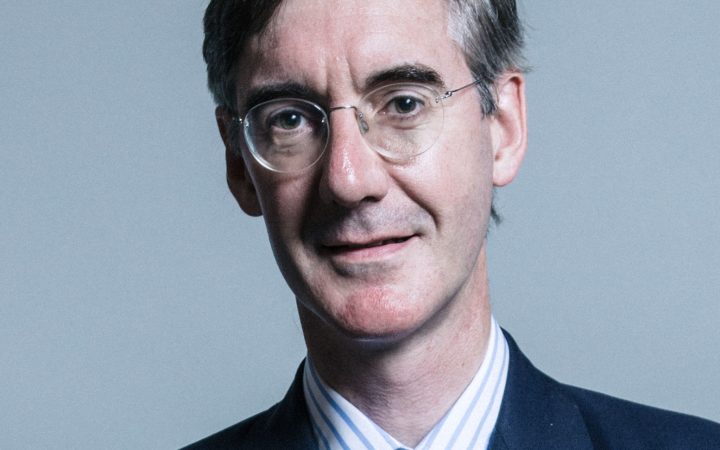 As the number of people who use food banks grows, it makes one wonder what is going on with our economy, that more than 1.2 million people have to resort to this (including all food banks across the UK, not just the Trussell Trust ones).

Conservative MP Jacob Rees-Mogg recently said that the rapid increase in food banks showed a “rather uplifting” picture of a compassionate country. But he was criticised by those who believe that poverty and insecurity should not be glamourised in today’s society, and who felt he is someone who lives in a completely different world, yet tries to claim that the Tory policies of austerity have actually “lifted people out of poverty”.

Yes, employment may be at its highest since the 1970s, but that doesn’t mean that working-class citizens are not in poverty. The increase of zero-hours contracts, precarious employment and the implication of the Trade Union Act has resulted in people turning to food banks even though they have a full-time job.

“Since, I think 2010, the number of people relying on food banks has gone up from the tens of thousands to the millions.” – BBC Question Time audience member, 27 April 2017

An on-going factor that worries the Trussell Trust is the new benefit, Universal Credit; although in the long term it has the potential to be transformative, in reality, the Trust is finding it to be much worse.

Michael, a food bank manager in Newcastle, where they are experiencing the rollout of ‘full’ Universal Credit, has said that there has been an increase in demand and a dwindling in food.

This is because there is a six-week wait that must be endured before you can claim the money to which you are entitled, which means that people have to try and survive without money for such a long period of time, resulting in them turning to the food banks more than ever.

“But it is not just the way Universal Credit has been designed that is leaving people in crisis. We are also seeing serious issues in its implementation. Due to poor administration and IT issues, we are seeing reports of people waiting 11, 12 and even 13 weeks to receive their first Universal Credit payment.” –  Garry Lemon, Head of Media & External Affairs, Trussell Trust.

Artefact spoke to 60-year-old Duncan Mayers, a volunteer for the Waterloo food bank at Xenia; a student hostel ran by Imperial College. He’s been volunteering for two years since he got made redundant from his job where he was a student advisor for several universities around London.

Xenia food bank only stores food that is non-perishable, and so it only has tinned, packed or dried items and so can provide the basics that people need, on condition that they’ve got a place to stay.

Duncan told us that people who are in the low-income barrier use the food banks the most, compared to people who are actually homeless. Although they would like to help the homeless more, sometimes they’re not equipped to do so.

“With one of our clients this afternoon, we were limited in what we could give to him because he is currently on the streets. We’re trying to get him to connect up with agencies who can help him with that, but in the meantime, that’s his current status.” 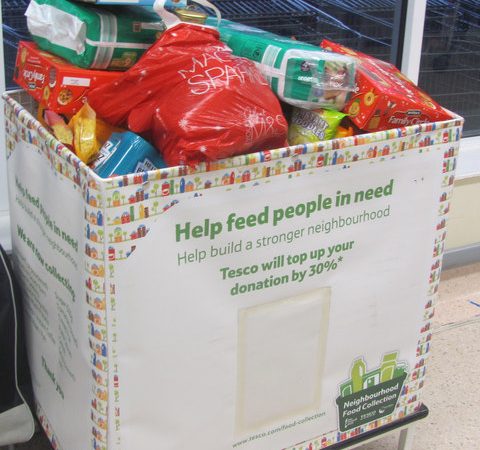 In Duncan’s opinion, he believes that people are really touched by the need for food banks, and so they want to do something. They feel helpless in the face of other people’s poverty, and they don’t want to patronise people and so the fact that they can donate out to their local supermarkets helps.

The Trussell Trust do a monthly pick-up from the supermarkets, and certain ones such as Tesco add a certain extra percentage of the weight of the food to the donation. When asked whether he believes the use of food banks is rising, he agreed that nationally it was, but because of a few different reasons.

“Part of that is because more are opening up, another part is that the word is more widely known but mostly, part of it is that the need is getting greater,” Duncan told us.

It’s not the only issue, but the fact is that as Universal Credit rolls out, it hits people with an automatic situation of having no money. Even waiting six to seven weeks is optimistic in some cases, so there is a built-in poverty trap to that. Which is fine for the people who have savings but the very people who need Universal Credit are not likely to have savings, therefore it’s a difficult situation and most people feel like this shouldn’t be happening in a country like ours, it’s not fair, and it’s not right. 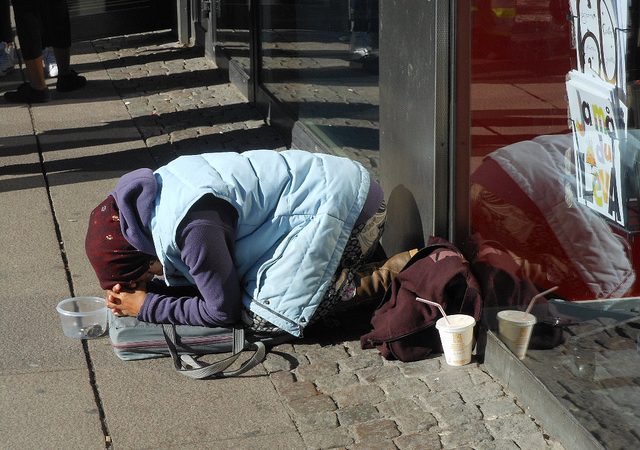 Begging is still a regular sight on the streets [Flickr: Michael Coghlan]

“There’s clearly a short-term issue, the general idea of making things simpler has to be a good idea, whether paying people monthly is a good way forward for people whose bills are weekly or daily, I’m not sure. It requires budgeting, and it requires a strong sense of having to deny something that you could do today because of later in the month, and when you’re facing poverty, especially if you have a family, that’s hard,” Duncan said.

Meanwhile Duncan thinks Jacob Rees-Mogg’s views may have just come out the wrong way: “Mogg’s words belong to a very particular world, but what I guess he probably meant is that it’s good that people want to help. Due to this, it’s pushed people to respond by setting up more food banks, and it’s a sign that there is a desire for justice.”

But he believes there are still dangers in relying on charity:”If it isn’t provided, we will make it happen, but that’s not a long-term solution. We are always in danger of being a sticking plaster when the problem has to be solved at a national, governmental level; we have to find a way of deciding, as a society, how we share the enormous wealth that is in this country.”

Food banks are not going to save poverty; it’s down to the people who are higher up, and although there will always be some type of poverty in our country, it’s a national disgrace that people have to ask because they have no other source of help. It’s only one thing short of making people beg on the street, and that’s wrong.