In what is only his second EP, south London rapper Dave makes a serious statement of intent to the UK scene – Game Over is one of the genre’s most accomplished releases of 2017.

The seven-track record comes off the back of a strong twelve months for Dave, with his 2016 hit “Wanna Know” being remixed by hip-hop heavyweight Drake, and his summer release “Tequila” pushing itself into the mainstream. However, the quality shown by the 19-year-old on Game Over is sure to make Dave one of the hottest properties in the genre next year.

The tone of the EP is extremely mature for an artist who was only aged five when Dizzee Rascal released the genre-defining Boy in da Corner. The album is largely made up of minimalist beats, placing the focus on Dave’s brilliantly intelligent lyrics.

The lead single and centrepiece of the release is Question Time, a seven-minute commentary on the political and societal state of the UK.

Nobody is safe as Dave speaks his mind on the NHS, Brexit, Grenfell Tower, and directly addresses Prime Minister Theresa May:

“I can see you’re terrified
You’re not good at telling lies
I’m getting why you stay away from everything that’s televised.” 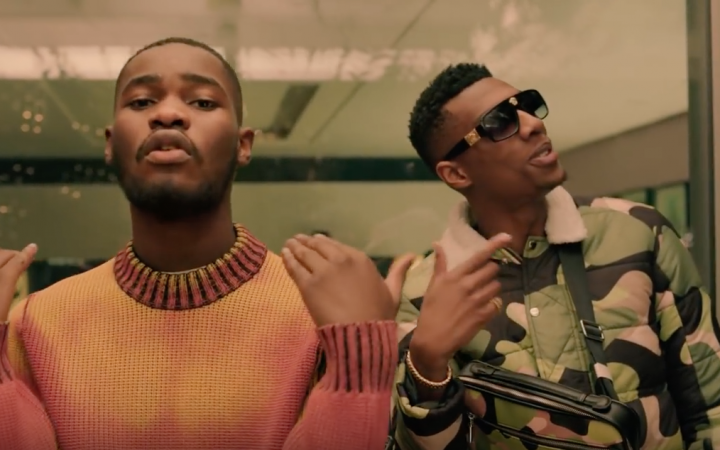 Dave (l) and Mostack in the video for No Words[Youtube]

While the song is emotionally charged, it is hard to argue with the majority of statements that Dave makes – David Cameron and Jeremy Corbyn don’t escape his scathing either.

Dave’s talent for storytelling and wordplay are evident throughout; he briefly addresses the United States saying “I just find it funny you can’t give a hand to Palestine // But you can trade whole arms with Saudi Arabia.” The track is not one you are likely to hear on the radio, but Question Time is the must-listen song from Game Over.

Dave’s astonishing ability for telling stories through his music shines brightest in another seven-minute monologue How I Met My Ex. The brutal honesty and deep reflection displayed by Dave gives a fascinating insight into the psyche of the teenage rapper.

Self-produced and solely written by himself, Dave admits himself that the track is close to his heart.

glad to say i played the piano and fully produced and wrote the instrumental and song for how i met my ex, it means a lot to me as a track

No Words is the EP’s catchiest track, with Dave’s ability to simultaneously rap and sing the hook complemented brilliantly by a feature from fellow UK artist Mostack and production from Steel Bangerz.

Wordplay proves to be one of Dave’s best assets once again on the titular Game Over and Attitude, with the unsigned rapper fantasising about buying a new car with money from a record deal on the latter – “That’s a German on the line, call me Manuel Neuer.”

The EP ends with another heart-on-his-sleeve track, My 19th Birthday. Dave explores his struggle between trying to make it in the music industry and leaving behind his troubled past. Once again, the level of maturity shown by an artist so young and comparatively inexperienced is astounding; coupled with a beat that leaves you feeling like you are actually inside his head.

Game Over sees Dave pull up his own chair to the table – he is self-made, self-produced and unsigned, yet his talent is undeniable. The lengthier tracks on the record are so engrossing and moving that you don’t even notice they don’t have a hook.

At only 19, it is no exaggeration to say that Dave is way ahead of his time – the only question to ask of Game Over is if can he better it.

The future looks bright for the UK scene, and for Dave, brighter still.

Game Over is available to buy or stream on all platforms.