Tattoos have become the new statement in the fashion industry. The Spring/Summer 2018 (SS18) fashion season saw more tattooed models included on the runways than ever before, making them the new must-have accessory.

From the likes of Alexander Wang and Coach, designers are casting models with tattoos and using them to emphasise and add to their original collection.

Jamie Bochert was cast for Marc Jacobs SS18 show and strutted the runway in a backless dress, showcasing her fanned-out snake, skeleton tattoo which slithered down her entire spine.

Slick Woods was another tattooed model to feature in the Spring/Summer 2018 shows, walking for Helmut Lang, displaying her rifle tattoo across the centre of her chest, alongside several tattoos running down her arm, grunging up the leather trouser and crop-top combo.

The presence of tattoos in fashion has been on the rise for almost 30 years.

Martin Margiela was the first to be inspired by ink with his tribal motif designs in his 1989 Spring collection. This trend was followed by Jean Paul Gaultier’s Les Tatouages 1994 Spring collection which also featured tattooed skin prints.

The next big appearance on the runway came from Chanel in 2010 with the creation of their own temporary tattoos. Pearl beaded designs with their iconic logo were stamped on the thighs and wrists of the models walking for their Spring/ Summer runway show.

Since then the growth of tattooed models has only popularised and has begun to seep into highstreet fashion. Campaign spreads and online stores have begun to feature body artwork, including ASOS Men, & Other Stories and Urban Outfitters. 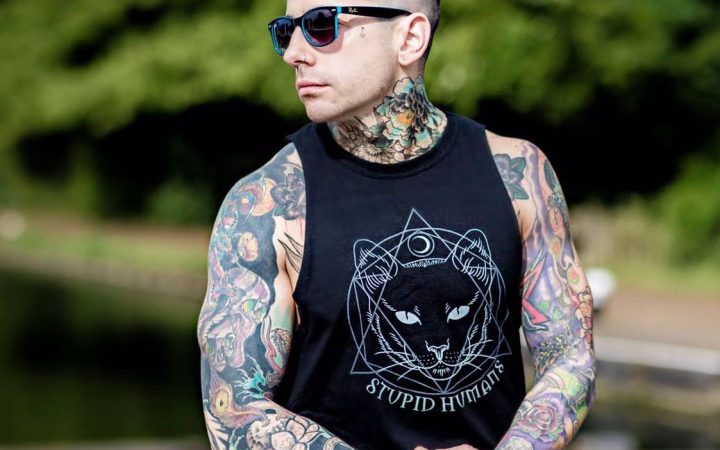 Ivan Pulido, 36 is a heavily-tattooed model signed with two London agencies, Ripped Models and We Got Pop; he’s been to many castings for fashion brands and has been cast for various jobs.

He feels his success is partly due to the interest of his unique body ink; from modeling for fitness brands to small fashion labels.

It seems that, within the fashion industry at least, tattooed models are no longer a taboo; they are even being cast for film and television.

However, it seems the stigma attached to tattoos, is still very much alive, according to Pulido who says: “I get offered a lot of stereotype roles for gang leaders, etc. including one for an English TV series called Silent Witness. However, I lost the role to Zombie Boy.”

Zombie Boy loved tattoos from a young age and decided to get his first at the age of 16. Today his collection of tattoos includes cobwebs, bugs, skeleton bones and a skull face; as well as a zombie-like brain at the top of his head.

He featured as the “illustrated man” in freak shows and carnivals. It wasn’t long before the press began to notice his unique look.

Despite this, it wasn’t until 2011 when fashion director Formichetti discovered and exploited Genest. This heavily influenced and aided the inclusion of tattooed models.

Genest first publically appeared in a big way in the industry walking for Theirry Mugler’s Autumn/Winter collection on the catwalk, as well as being the face of their website.

Since Zombie Boy has worked alongside Lady Gaga on her ‘Born This Way’ video, and has appeared in magazines such as Vogue and GQ Style. 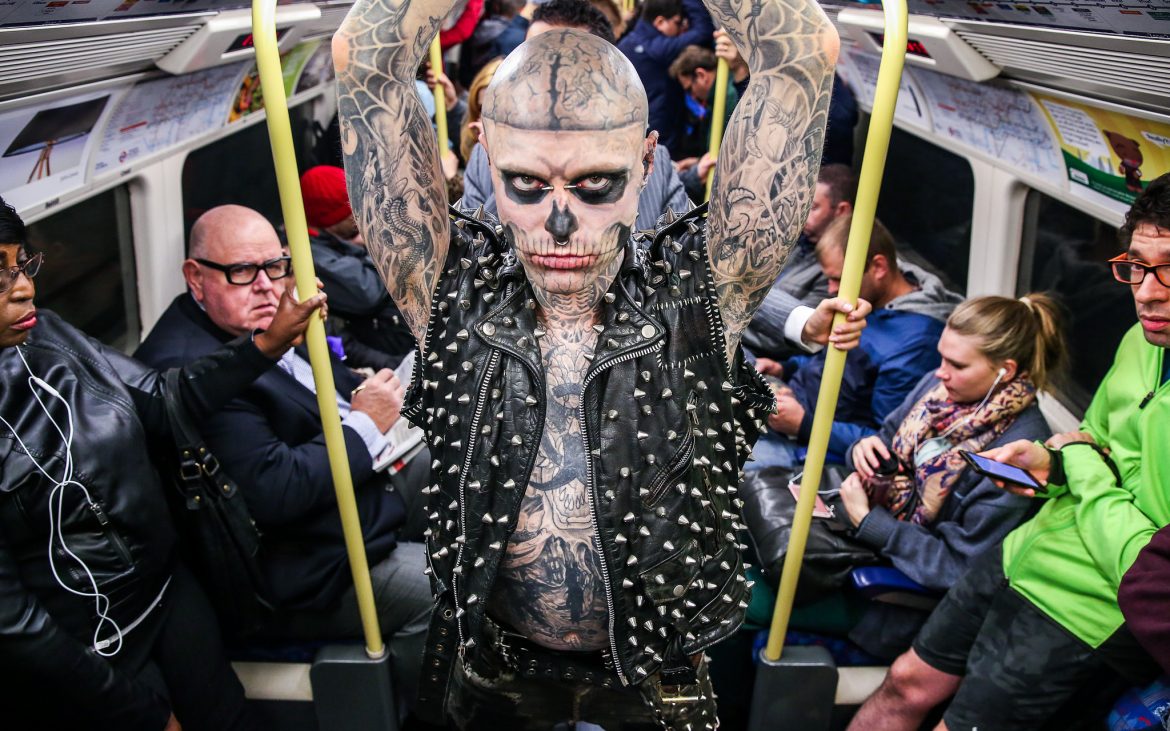 The inclusion of tattoos within mainstream and high-end fashion brands has undoubtedly helped change perceptions of tattoos and the stigmas attached to them.

This change has been supported and pushed forward by celebrity figures such as Cara Delevigne, Kate Moss’ successor, who has proudly splashed her ink across social media for the world to see – from the iconic lion’s face on her finger to the calligraphy on her wrist.

This change has not leaked through to all industries, unfortunately, but the once negative connotations associated with tattoos have certainly decreased, and with more and more people getting tattoos every year, it indeed won’t be long before it becomes the norm.

Pulido believes that “as [tattoos] become more popular, it’s more common to the eye and therefore more naturally accepted. Tattoos are not something you can remove easily. As more and more people are getting them every day, they are becoming a part of the culture and not just a fad.”

Just like fashion, the tattoo industry has formed its own platform in which trend forecasts are being made by leading publications and blogs including ASOS blog and MTV News, who have predicted trends such as delicate botanical styles and wrist tattoos for 2017.

Pulido has also recently become a tattoo apprentice for West London Ink Tattoo Studio, tattooing up to five times a week and has noticed the trends forming within the industry.

“Back in the 90s when I got my first tattoo, tribal was very popular. Now, girls are getting lots of mandala pieces; it’s the new tribal- way more artistic; as well as styles such as dot work,” he explains.

Although it appears millennials have generated a new platform which has altered the way in which tattoos are perceived, Pulido believes there is a downside to this which is causing the tattoo industry to “lose its authenticity and essence. People are coming in and bringing the same design as someone else. It is not very artistic to copy someone else’s design.”

Tattoos, like fashion, have always been an expression of art and individuality, to tell a story or experience – something which is personal and to remember history.

The popularity of tattoos, especially within the fashion industry, some believe, is resulting in the loss of its original attraction – individuality.

Regardless of how you feel, the normalisation of tattoos in society and the continuing tattoo trends within pop-culture looks as though tattoos are here to stay (permanently).