The Way of Saint James: A magical path

Saint Jean Pied de Port, in the South of France, is nearly five hundred miles away from Santiago de Compostela, Galicia’s capital in north-western Spain. What makes it crucial for you to locate these two areas is that after reading the following stories you may want to pack your rucksack and set out on a journey by foot to draw a line on the map that unites both places. Year after year, pilgrims from all over the world have been doing just that not only with tradition but with a special energy hard to translate into words.

“What pops into my mind? Happiness, peacefulness, resilience, nice people. That you’re alone in life and you need to keep walking even if there are hard times.”

Can you imagine yourself walking around five hours per day for over a month? Probably not, and neither could I the first time someone asked me the same question. However, testimony after testimony ended up awakening my curiosity until I finally decided to find out myself what it is that makes people fall in love with The Way of Saint James.

With its origins back in the ninth century, when the tomb of the apostle Saint James was found in Compostela, this walking path has slowly developed from a purely Christian event to one of the most popular in Europe.

Six of the people who shared parts of my Camino de Santiago described their experience – after all, what better way to catch the essence of an adventure than from the words of those who have lived it?

“Twenty-three years after hearing about the Camino for the first time, it suddenly crossed my mind to walk it. I don’t know why. At first sight, there was no reason for it to pop into my head, but the Camino hides one for everyone. And whether you want it to or not, it marks a before and after in your existence.

“The Camino is demanding. It takes us to the limit day after day, both physically and mentally, in a way that sometimes makes it hard to believe what we are capable of. Sometimes I felt amazed by myself and even though I was exhausted – again, physically and mentally – I cannot describe the level of satisfaction at the end of the day. For the lessons learned, for the inner peace that slowly started to show through, for the feeling of freedom that convinced me that each of us is unique in the universe. 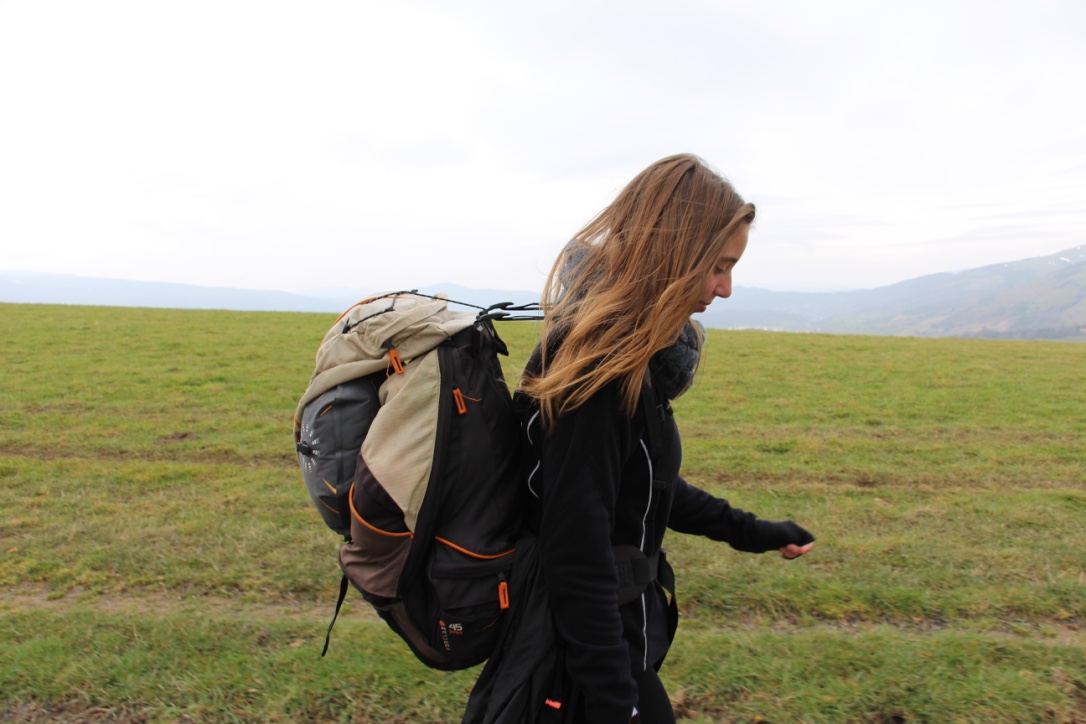 Carlota, one of the many young pilgrims I had the pleasure to share miles with

“On the Camino, things happen, and the shared walking becomes the driving force of new friendships, love stories, meetings, and farewells. There are conversations on the Camino that can change one’s life path.

“The relationships that were born are the most obvious proof of a universal conspiracy –let’s call it like this– that puts people on our way, on The Way of Saint James and on the way of life, because they are meant to be there. There are no barriers.

“On my pilgrimage, I found it very liberating to see how happy I –and everyone– can be with little stuff.”

“After days and days of walking in silence along different roads and tracks, the daily routine that often makes us forget who we are, where we are going to or what we are actually looking for, that routine, that stress, have no space anymore. They don’t exist.

“I learned about my fears and to be more human, I experienced that people still help other people, and that silence and a smile are two very powerful weapons. A smile can solve a problem; silence can avoid it.

“I realised that it’s every person’s choice how to walk their life path.”

“The Way of Saint James is scary because it gives you so much time to look into yourself and forces you to confront negative feelings.

“I decided to walk the Camino after watching a film called The Way, by Emilio Estévez. It was a low point in my life, and I really wanted to get myself back on track. Emotionally, I expected to be kind of born again, when the reality is that the opposite happened.

“A lot of feelings that I had been repressing for a long time came to the surface. I realised I was mentally not strong enough to deal with them, no matter how strong I was physically. And it pushed me to work on that.

“This photo is not my proudest, but it’s what got me out of bed every morning.” 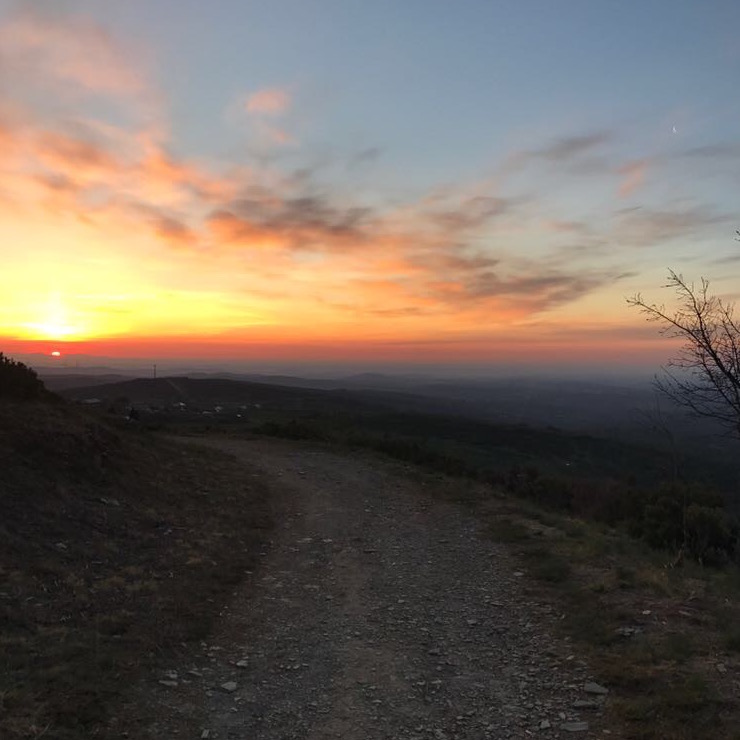 “Once the Camino appears in your life, there’s no way back.

“Cheryl Strayed’s book Wild impressed me a lot, and I kept reading articles about the Camino de Santiago. It was like a virus that I could not get rid of.

“I experienced that people still help other people, and that silence and a smile are two very powerful weapons.”

“Family and friends often asked me why I wanted to do this. Most of them didn’t understand. The most common question was why I didn’t walk it with a girlfriend. Why alone? I found it a pleasure to walk alone, to think only for myself, to not take any other than myself into account for once.

“When I’m alone, I see more. I take the time to explore, to observe. I also noticed that I make stronger eye contact. When I’m part of a group I very often stay in the background, adapt easily and become a real follower.

“Still, what contributed the most to making my Way of Saint James so special was ‘The Big Five’: Helene came from South Africa, Jaco from Namibia, Karl from Germany, Tom from Ireland and myself from the Netherlands. We created a strong bond but also left each other the space we all were looking for.

“On my pilgrimage, I found it very liberating to see how happy I – and everyone – can be happy with little stuff. At home, you spend a lot of time, money and energy on things you don’t need to at all. What gives you real happiness is the love of the people who surround you.”

“I didn’t really think much about how it would be, and then… wow. The experience was so fulfilling. And the landscapes… I thought they would be drier but it was very green. You were walking through all these trees… 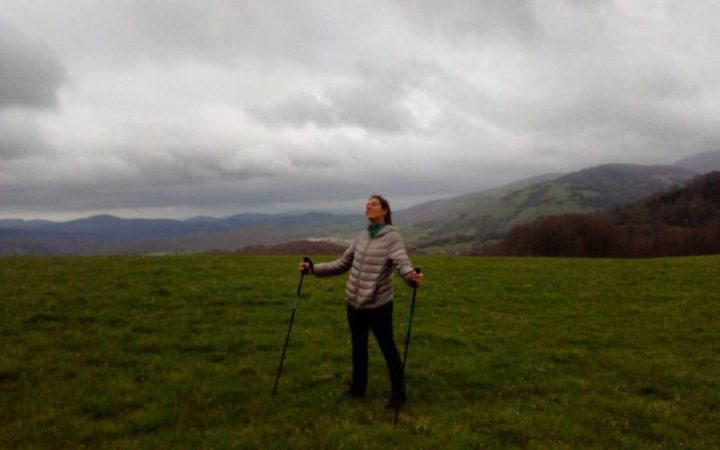 The hills are alive [Anaïs Luna]

“We were told many times that France’s first stage was very, very hard, that someone once died… and we almost canceled it. Then, Saint Jean Pied de Port ended up being our favourite village. It is simply beautiful. And when we started walking, it was extremely hard, and at the same time amazing. You would go up and up and at one point be above the clouds.

“I was speaking to my mom and my friends sometimes, but other times I was walking alone. I couldn’t feel my legs but you always keep walking. And then, the feeling when you get to the next village; I cannot describe it in words. The environment is incomparable. We laughed a lot. We felt exceptional. It was beautiful.

“Life is a pathway, you know? That’s what I lived there. What pops into my mind? Happiness, peacefulness, resilience, nice people, that you’re alone in life and you need to keep walking even if there are hard times, ugly times because the beauty always comes and after all the hard work there’s always something you get back from it.”

“My Mom had done it a year earlier but didn’t feel like it was truly her Camino. She knew she needed to take me and that we would feel accomplished together. At first, my response was ‘no mom, I want to see Europe the normal, touristy way!’. I soon realised that I didn’t have that option and that walking Europe was still seeing Europe.

“There are conversations on the Camino that can change one’s life path.”

“Our first night was one of my favorites and the one that introduced me to the spirit of the Way of Saint James. We stayed in a room with a duo who were back for their second Camino after meeting each other on their first one, and bonding over the loss of their spouses five years before. This was one of the most inspiring stories of my whole path because it showed me the longevity of the relationships formed there.

“One day, shortly beyond Burgos, a twenty-year-old girl walked by my mother and me, alongside a man who was already in his sixties. We began walking together as the four of us. Then, we ran into a goofy, British guy who had stayed at our albergue the night before. The five of us ended up having lunch. Little did we know we would become a ‘Camino family’ and end up walking together for about the next week after that. They truly defined my Way of Saint James.”

“My most special memory was created by a Brazilian guy who had no use of his arms. One day, on the path, I stopped to help him tie up his boots and I realized that all my problems were nothing compared to what this guy was achieving on his walk.

“After I left him, I had a cry, which was not like me. Walking the Camino on my own opened my eyes and made me understand different points of view on life’s problems and joys. People from all walks of life are kind and generous.” 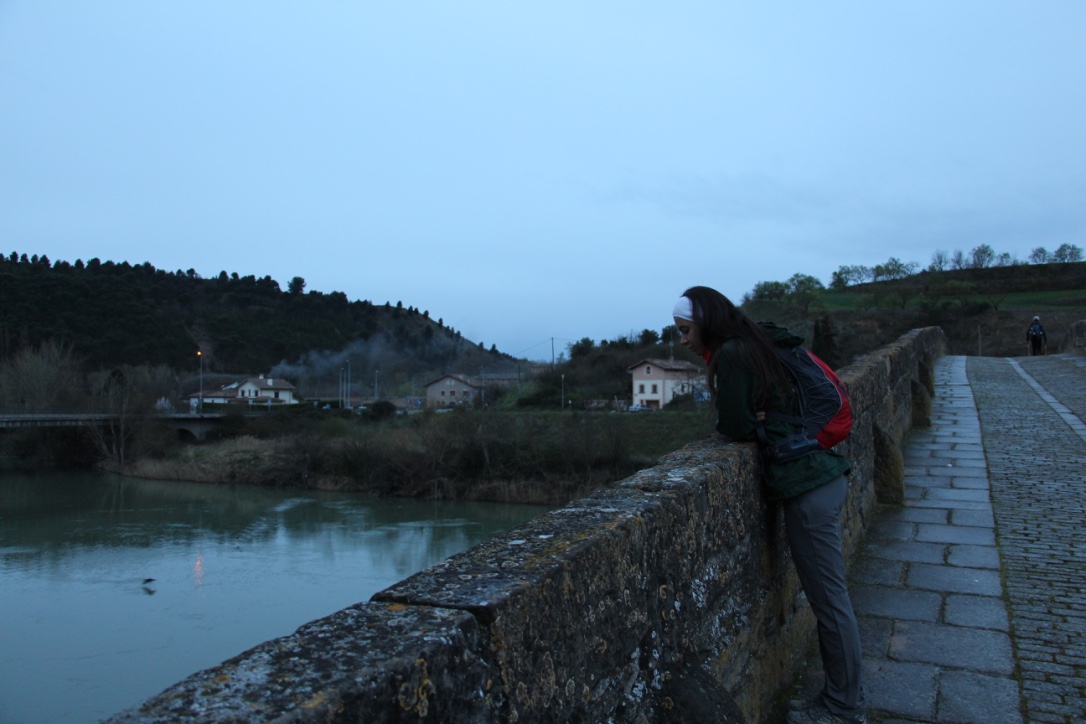 Pilgrim Marta, at 6:00am, leaving the village of Puente de la Reina to head to Estella, 13.6 miles West

In 2016, more than 170 thousand people walked the French Way of Saint James, which is the path’s most popular version.

Not all pilgrims made it to Santiago de Compostela, as some didn’t have the chance to leave their duties for over a month, but that doesn’t matter, as there are no rules on the Camino: every pilgrim has their own rhythm, their own intention, and their own aim.

Whereas some walk it for religious reasons, as it mainly used to be centuries ago, others give it a go because of the sport and nature, and many see it as an opportunity to switch off from day-to-day life.

All that really matters is to absorb everything the Camino offers mile after mile. You may not see it at first, but as the days go by, you will unavoidably feel it.