The drugs of hospitality

On the outside, drug use is most commonly attributed with the homeless, criminals, reckless youths and even celebrities. However, there is a group of people who regularly use drugs as a way of combatting work-related stress and it isn’t nearly as nefarious as one would think.

The media has recently shed light on a long-standing issue within the hospitality industry which is drug and alcohol misuse. Only last month, famous celebrity chef Gordon Ramsay featured in his self-titled documentary, Gordon Ramsay on Cocaine where the Hells Kitchen swear pot is seen testing toilet seats for traces of the class ‘A’ substance, cocaine.

While Ramsay highlights the severity of the problem, even mentioning the overwhelming stress that is placed on workers, his documentary is more than just a cautionary tale of people with too much money or unsupervised workers.

What Ramsay says to be the hospitality industry’s “dirty little secret” is in fact the average workers bread and butter.

In 2003, The Caterer, conducted a survey which produced shocking statistics surrounding the use of drugs in and around work in the hospitality industry. Two of the most common reasons given for using drugs were “to stay awake during shift” (48 per cent) and “to help cope with stress” (also 48 per cent).

Documentaries such as Ramsay’s are great at exposing vulnerabilities and even the extent drug cartels will go to for a profit. Yet, this representation often fails to take into account the personal stories of the people behind the drugs.

Mark is a 22-year-old bartender working in south-west London. He’s always enjoyed working in pub environments and has worked towards progressing in the hospitality industry. However, managing his job as a bartender plus working on two other personal projects has taken its toll.

The first time Mark experimented with drugs was when he was 16: “It was lunch time at school and one of my mates had some weed. I’d never ruled out not trying it so when I was offered I never said no. That was it,” Mark said.

For many people, in Mark’s opinion, their relationship with drugs starts in a very similar way. Mark has since tried MDMA (a form of ecstasy), cocaine, ketamine, magic mushrooms, acid or LSD, psychedelic truffles, crack cocaine, and crystal meth as well as a variety of other synthetic acids.

“Weed works for me when I want to combat stress. It isn’t the only thing I would use but it’s definitely become a regular thing. After a double shift, typically ten to twelve hours, me and whoever else is closing that night will pop to a location not far from work to just chill and bun a zoot (smoke).” 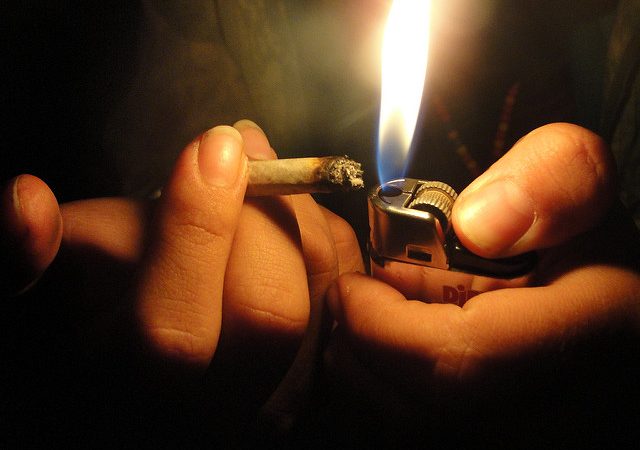 Amongst Mark and his work colleagues, weed is a very common-place drug. Compared to other drugs being used he feels weed is more of a recreational drug rather than something used to directly influence work efficiency.

However, he hasn’t ruled out taking other drugs at work or around work.

Recalling one of his most intense experiences, Mark told Artefact, “I was having a bit of a bad day. A combination of the night before and having woken up feeling worse for wear. I took these synthetic acids called 2CB. They gave me horrible giggles, I started seeing things and lost track of what was going on a lot.”

Having decided to take the drug pre-shift Mark had simply wanted to see what would happen. “No one realised, even though I was pretty messed up. I had to really concentrate on orders, I couldn’t pour a pint to save my life and then it got trippy.

“The whole pub was moving. The floor was falling away from me. Customers who were only a metre away felt like they were 100 yards away. It was mostly fun even though there were some scary parts but I wouldn’t do it again.”

The hallucinogen altered Mark’s feelings so much so he had to physically make an effort to not to let the signs show.

Not all drug use has a happy ending, and not just because of the class of drug. Reasons behind taking the drug begin to shift and more personal issues begin to rise to the surface.

Having worked his way through a gram of cocaine in a double shift Mark explains how having the drug so easily accessible and the mental effect it has sees him turning to the drug more often than he’d like.

“I have a bit of a problem with it at the moment. I prefer the version of myself you’d see on cocaine then when I’m sober which is dangerous territory. I’m more sociable and more conscious about myself but in a positive way.

“One of the most worrying parts of it is how much more confident I feel and that connection between taking cocaine and feeling confident worries me.”

One drug Mark adamantly states he will never try again is ketamine. The drug is a powerful general anaesthetic mainly used in operations on humans as well as animals.

While the effects typically don’t last long they can lead to a loss of feeling in the body and paralysis of the muscles. Ketamine users often feel a distortion of reality.

“I once had a really bad reaction because of a mix I had of ketamine and something else. I actually fell over and couldn’t move for a while. After taking a line I stood up waiting for the acid to kick in but hit the floor hard.”

At the time Mark was at an illegal rave in a warehouse in London. Alone, unable to move and with no way to ask for help Mark recalls the feeling of complete hopelessness in that moment.

“I remember thinking to myself of how ashamed I felt. I was worried what my mum would think of me. It honestly felt like I was going to die and even if I didn’t I wanted to in that moment.”

What Mark experienced has been linked to near-death experiences and according to Talk To Frank is often called, “entering the k-hole.”

For people like Mark working in a high-stress environment where shifts are long and arduous drug use can often be seen as the glue that holds it all together.

Whilst colleagues at Mark’s pub will often joke about crazy stories of taking drugs at festivals or bringing them back from holidays abroad it is the reality of working among people who take drugs that contributes to an individuals drug use.

“It really kicked in to gear when I realised just how many people take drugs at work. Not that I blame it on them or use them as an excuse but fundamentally it plays a key role.”

By Aman Hafiz
7 Mins read
We explore the reality of a character called Vincent van Dope, the drug dealer alter-ego of someone who has made enough money to turn his life around.
Life

Want to grow weed? There's an app for that

By Nathan Doubleday
4 Mins read
How social media helped to shape the progression of cannabis home cultivation across the globe.
Culture

By Aaron Gonzalez
5 Mins read
People who microdose report minimal effects from these substances yet claim a range of long-term general health and wellbeing benefits.