Last week, Uber revealed plans for their next venture in the world of mass transportation. UberAir is “the future of on-demand urban air transportation,” according to the project website.

Uber is in the process of developing an aircraft, which looks like an over-sized drone, capable of operating as a  ‘flying taxi’ in the airspace above the world’s busiest cities. The Electric Vertical Take-Off and Landing (EVTOL) aircraft is a real spectacle and the idea that the service will be as accessible as current Uber vehicles, seem to cement it firmly in the realms of science-fiction.

But that’s the thing – this is not a scene from Blade Runner or Star Wars, this is happening right now. Uber has been working with former NASA employees, including Mark Moore, now director of engineering at UberAir, who said the project would “fundamentally change the way our cities function, and how we live in them.” 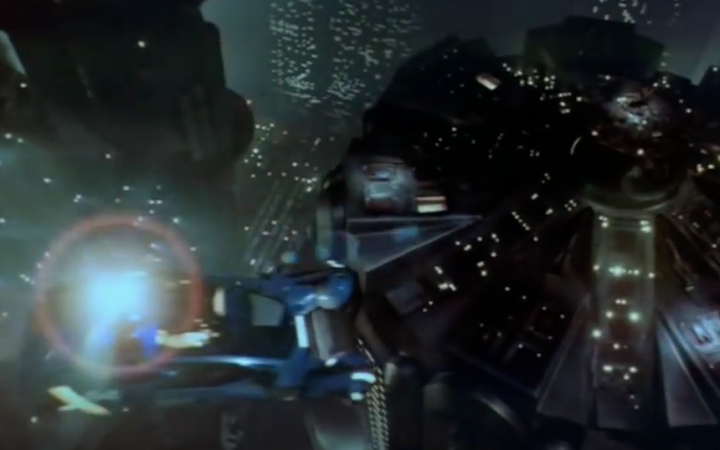 UberAir plan to have the EVTOLs in full testing over Dallas Fort-Worth and Los Angeles – the two most congested cities in the US – by the year 2020.

Crazier still, Uber’s chief product officer Jeff Hodden expects the ground-breaking service to be commercially available and be in “heavy use” by the time the Olympics comes to the City of Angels in 2028.

UberAir’s fancy reveal video ends with a poignant yet accurate slogan: “Closer than you think.”

Sure enough, within the next decade, we are looking what was once only a product of the imagination of some of Hollywood’s most visionary directors, is becoming a reality.

That’s not to say that some of the ‘futuristic’ technology brought to the big screen in sci-fi films of the past hasn’t already made its way into our everyday lives.

Driverless cars, seen in multiple films including 1993 classics Jurassic Park and Demolition Man, have been in development for years now, and just starting to become commercially available. Not without controversy, however with the first driverless shuttle bus crashing just two hours into its maiden drive in Las Vegas (at the fault of the human driver, if you were wondering).

Regarding military technology, the US Army expect to put their Tactical Assault Light Operator Suit (TALOS) into testing next year. According to Special Operations Command, TALOS will offer ballistic protection, increased strength and better reading of the wearer’s vital signs and improved communications – could this be the early version of a real-life Iron Man suit? 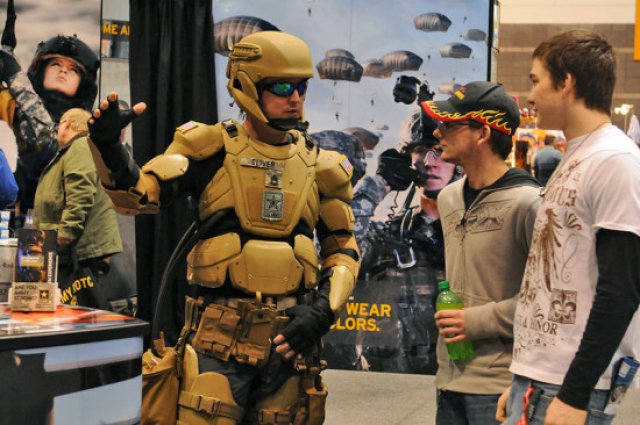 An early prototype of the TALOS armour [US Army]

The point is: the future is here. We are now living in it.

The fact that the UberAir announcement has garnered little to no mainstream media attention is beyond surprising; it’s as if there is a degree of naivety towards the current technologies being the developments that were once ‘things from the future.’

The company, eerily named Neuralink, plans to insert a “neural lace” inside your brain – for medical reasons of course. Neuralink hopes to combat neurological diseases such as Alzheimer’s and epilepsy, in a similar way the electrodes in the brain are currently treated for Parkinson’s disease.

However, Musk hasn’t denied that once the technology is approved on medical grounds, there is no reason why the neural lace couldn’t be modified for other purposes, such as accessing the internet or communicating with other Neuralink users.

Musk explains the potential for sharing content across the Neuralink platform as being able to “essentially engage in consensual telepathy.” If the idea of being able to pop in and out of someone’s head isn’t enough proof that the future is already here, then nothing will be.

Neuralink hopes to have a product available for the medical market by 2021, and a more commercial version of the product ready “within eight to ten” years.

This ties in with a prediction from Ray Kurzweil, Google’s director of engineering, who believes we will all have WiFi connections in our brains by the year 2030. His success rate at predicting the future is around 85 per cent.

Fans for the 2028 Olympics in LA might not only travel to the events by a flying Uber, but they could have booked the taxi using only their brain.

These are definitely exciting times, albeit slightly scary too – technology such as Neuralink is a real leap into the unknown. However, the endless possibilities of technological advances give us hope for a more eco-friendly, efficient and brighter new future, because the old future is already here.