Leftover take-out you didn’t end up eating? That mountain of pasta you misjudged as one portion or those few last bruised apples all to go in the bin? Maybe you live in a flat or a shared house that doesn’t offer food bins or has no garden for compost. You might put it in a pot in the fridge and forget about it till it’s gross – it’s a waste really, a big waste.

The latest figures by the Waste and Resources Action Programme (WRAP) showed that the average household throws away £700 worth of food a year – that meant 4.4 million tonnes of food was thrown away in the UK in 2015 which WARP deemed to be ‘avoidable’ and effectively could have still been eaten.

Britons are chucking out food that’s fine to eat. It’s odd, even potatoes – nearly half of all potatoes are thrown away daily, at a value of £230m a year. Deflation of food prices and a rise in wages may reduce the incentive for people to avoid wasting food.

If you aren’t really friendly with your neighbours, there won’t always be friends on standby to take your scraps, what can you do?

OLIO is an innovative app looking to tackle food waste by offering a free service for users to give away their leftovers to neighbours and locals who want them, an idea that’s been welcomed considering the amount of waste the UK is currently generating.

Co-founders, Tessa Cook and Saasha Celestial-One, shared a distaste for waste and a yearning for some way to save their unused goods. When moving house and frustrated there was no one to take Tessa’s leftovers, Saasha recalls thinking: “This is absolutely crazy, this food is delicious. Why isn’t there an app where I can share it with someone nearby who wants it?”

From this came the spark for the beginning of the OLIO app.

Raised on a dairy farm in North Yorkshire, Tessa understood the immense amount of effort that went into the production of food and naturally gained a firm belief that “food is meant to be eaten, not thrown away.” 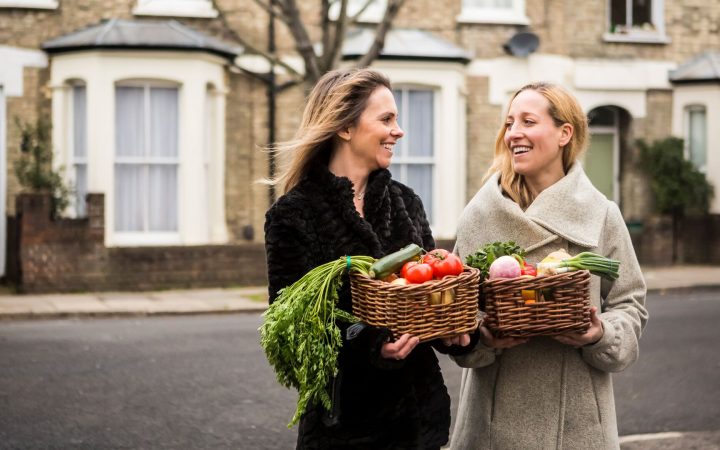 Saasha on the other hand, a daughter of ‘Iowa hippy entrepreneurs’, grew up very much embodying the ‘one man’s trash is another man’s treasure’ motto. Her large family were partial to rescuing and revamping otherwise binned goods such as aluminium soda cans or plants from greenhouse bins. She was looking for an opportunity to start her own kind of waste/food business when she met Tessa in 2002.

Running a business with your best friend sounds like a laugh but also a risk. Tessa appears to feel secure in their joint-management: “We met 15 years ago when we were both studying for our MBAs at Stanford Business school over in California.  When we graduated we both moved back to London and we’ve been really good friends ever since. We see each other every week, go on holidays, we even had our first maternity leave at the same time.

“What’s really great about that actually, is that you read all the facts about how one of the greatest sources of start-up failure is actually co-founders falling out, but for us, because we have such a strong friendship that’s not really an option. We very much complement each other, we have different skillsets, we match each other really well,” Tessa explains.

OLIO is not only aimed at the eco-warrior or waste-hater, however, but also for those on a budget; it’s a great source for students too. It’s important to note that many businesses are offering their leftovers to the app such as Pret-A-Manger, Tesco, Sainsbury’s, Morrisons; there are around 100 different businesses with users of OLIO offering to volunteer to collect and post the goods, including heaps of pastries, sweet treats and sandwiches.

For the moment, the company awaits its growth; the more users of the OLIO app, the more goods are available to exchange. At the moment, there are many areas of London, particularly West London, still out of reach which may be off-putting to a new customer when they see there is very little activity in their borough. With 401,208 items of food already shared and 260,534 users, these numbers are expected to rise quickly.

Tessa says she owes the success of the company so far to her 14,000 volunteers, or ‘OLIO Ambassadors’. These volunteers can request physical marketing materials such as posters and flyers, which they can distribute in their local community.

They also have access to a closed Facebook group where they can share tips and use an online hub where they can order more marketing materials, access press releases to deal with the local media and download presentations and speaking notes to speak at community events.

“We’re really focussed on creating a community and platform that other people, who are passionate about our mission, can run within their local community. With re-distributing small quantities of surplus food, it doesn’t make sense to schlep it miles across the city, it just makes sense to share it with the immediate community,” Tessa told Artefact.

One hurdle OLIO may face when recruiting new users is that, though you’d think it’s pretty difficult to turn down free food, there is a hesitance there and for fair reason. How can you be sure the food is safe in regards to hygiene or sell-by dates and how can you ensure your personal safety when meeting strangers to collect?

Tessa gives a reassuring response to this issue: “We’ve had over 400,000 portions of food shared and we’ve only had two complaints of the quality of the food. At the end of the day, the responsibility very clearly lies with the person whose collecting the item to ask any questions they may see fit about how the food was prepared and handled.”

She explains that they tackle issues of safety the same as any other app that introduces strangers, such as Air Bnb, Uber or dating apps. Each user has a user profile and on that, you can see a photo and details about them; you can also see whether they’re a newbie or a champion (a champion is where someone has done more sharing),  plus each user also has a rating. You only disclose your address once you’ve agreed on a pick-up with someone – the app doesn’t know your address it just shows approximately on the map where the pick-up location is.

The company is run by like-minded people working towards the same goal, this makes it easier for Tessa and Saasha: “It’s a very strong environmental mission as food waste is the third largest source of climate change after USA and China and we don’t know how we’re going to feed the planet by 2050 because of our dramatic growth in the population.

“Its really strong factors like that that really motivate people and also there’s the social thing as well. It’s also philosophical, our volunteers just believe from a very fundamental level that food is meant to be eaten not thrown away.” 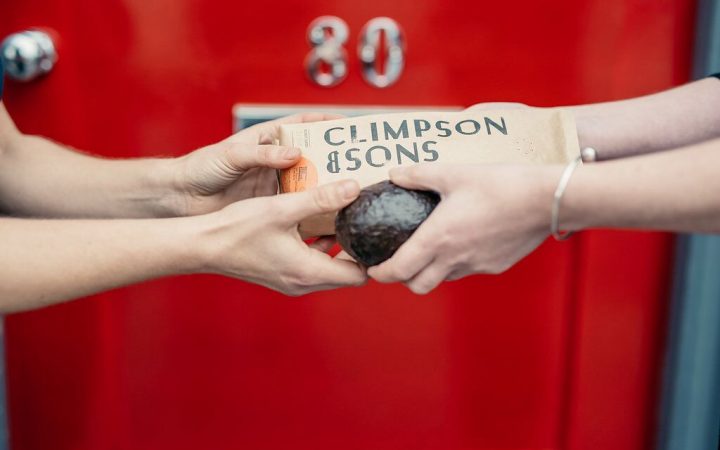 “In this country, we have eight million people needing food and security so it’s absolutely bonkers that the average UK family is throwing away £700 worth of food each year,” they told us.

Waste in the UK has been an issue for years, and the Government has implemented many schemes such as “Love Food, Hate Waste” and the Courtauld Agreement hoping to cut household waste five percent by 2015 – however it has actually increased by 4.4 percent.

It would appear everyone gets lazy, but the convenience of an app and possibility for meeting neighbours and the social side of things, means there is no excuse to chuck out your leftovers.

OLIO is an impressive feat in such a small time-scale aiming to tackle a huge environmental problem in the UK – co-founder Tessa does all this whilst raising her kids.

Asked how she manages to balance home and work, she explained: “I live out in Wiltshire and then go into London for two days a week, do all my face to face meetings in London back to back, and then I work from home for the rest of the week which is great because it means I can have lunch with my kids and take them to school and stuff like that; half-business, half-children so everyone’s a winner.”

The OLIO App has also won awards such as the ‘Global Good’ award and two ‘Sparkie’ awards, they have also been runners-up 12 times, for achievements such as Facebook Start-Up of the Year and the Amazon Growing Business Awards (Innovator of the Year). Let’s hope this positive innovation inspires more Britons to go green and ditch the waste.