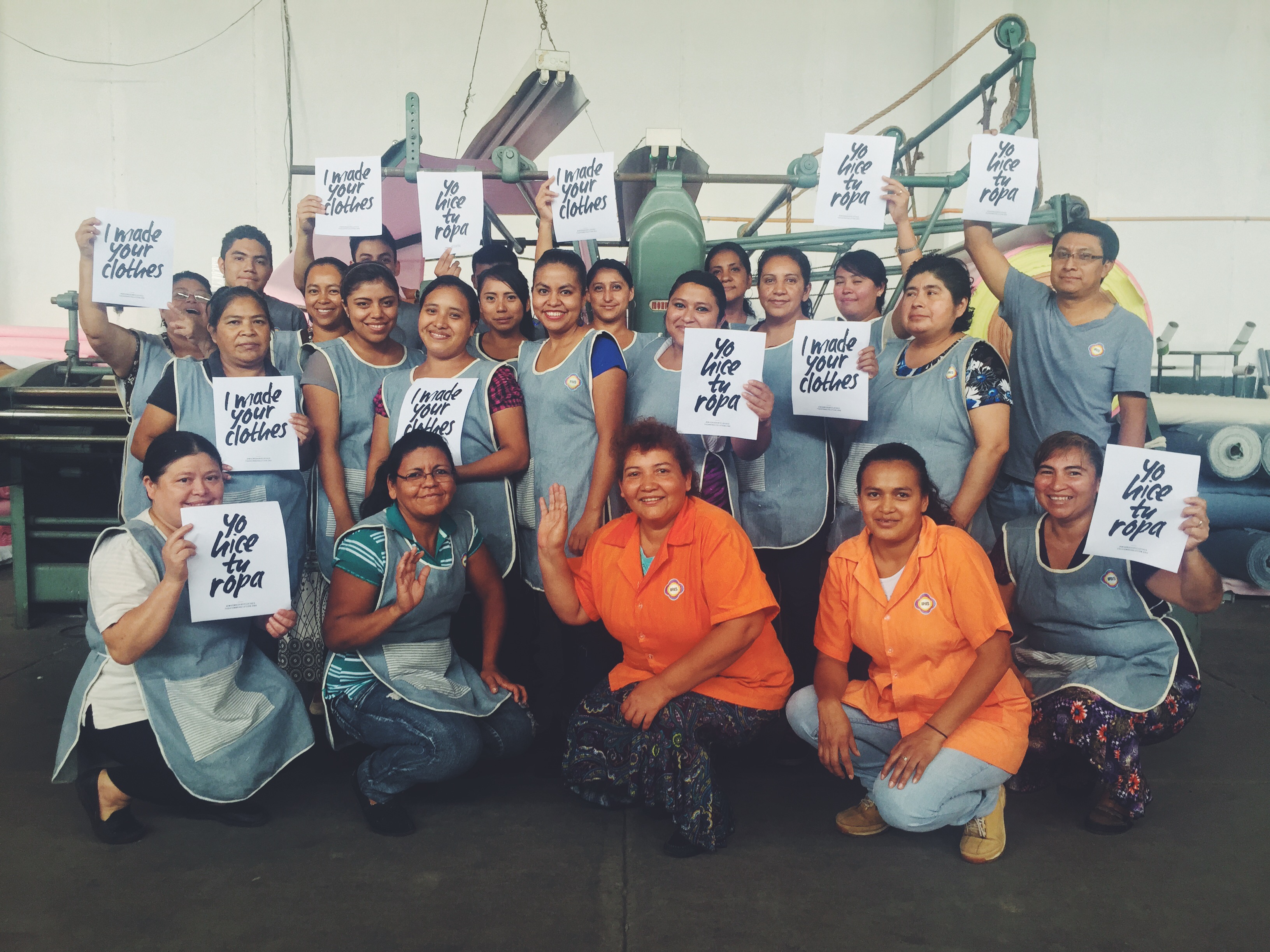 “A garment’s true value lies not in its label, but in workmanship, An appreciation of workmanship is one way of saying ‘thank you’ to the person who made our clothes” – Christa Weil (Vintage Clothing Expert)

Retail therapy can be a somewhat enjoyable and rewarding experience, that moment of discovering the perfect item that makes you feel good is a great confidence booster and feels even better if purchased at a bargain price. 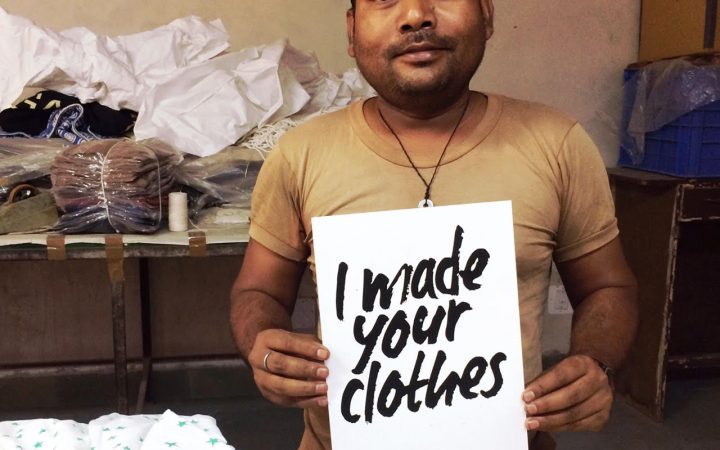 @pinkcityprints: “I made your clothes” campaign.

What makes a product attractive? Is it the quality of fabric? Is it the arrangement and styles of zips or buttons? Or is it the bold colors and the way the garment is put together? That’s all great but has there ever been any consideration towards the fact that somebody, somewhere in the world has created this item you’re so in love with but you don’t even know they exist.

Unfortunately, today’s high street fashion demands an abundant amount of inexpensive products to hit the outlet shelves, with little to no consideration of the workmanship behind it.

These workers are merely an accessory to the creation of the production chain, they don’t have an identity they are just a machine. In most third world countries they have been exposed to the poorest working conditions beyond imagination. With long hours, lack of safety, minimal salary, child labor and essentially no basic human and working rights these are the people who suffer in the name of fashion.

The problem is the system and its structure – the consumers are ignorant to what happens behind the scenes and the retailers continue to feed this ignorance- their main concern is the amount of revenue coming into their business in the least amount of time possible.

How can you blame consumers for not caring if they aren’t educated on the matter? So, what can be done? Eco-fashion is the answer to make fashion enjoyable for all, and this is how it’s slowly progressing through the industry.

There was a period of time where ‘eco-fashion’ was just a way to give a fashion expert anxiety, it painted an image of an itchy potato sack as a dress paired with a flat bottle with a piece of rubber as shoes. It was never a concept that came to mind when you thought about living a ‘green choice’ lifestyle.

However, now, oh how the tables have turned! Being ‘eco-friendly’ has become a trend of its own being the trend that people aspire to follow, but how do you tackle an industry whose main motif is aesthetics?

Many eco-friendly clothing companies have amped up their style and kept their clothes updated and sophisticated, showing the world it’s possible to be ethical and trendy!

One designer who is a specialist in this niche but a relevant area of the industry is a social entrepreneur and fashion campaigner, Carry Somers. 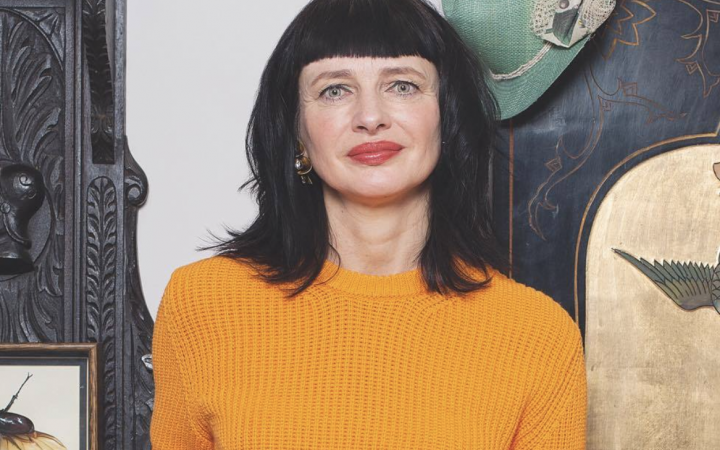 Being involved in the fashion industry since 1992, she has managed to start an ethical movement with her two companies/campaigns: Pachacuti and Fashion Revolution.

Pachacuti is a fully transparent fashion brand  which aims to make customers think “who made my hat?” The production company teamed up with Seoul Rebel Films and embarked on an Ecuadorian adventure to trace the length and the process of the supply chain.

They have been working with the weaving community in the highlands for 20 years as they examined the unique toquilla straw that’s used for hats by visiting the Pacific Coast. The plant can be cropped for 100 years but has been sustainably harvested for far longer.

Artefact was able to catch up with Carry to ask her about her inspiration to begin this brand and why did she pick to invest her time in sustainable/ethical fashion.

“I was motivated to start this after seeing the unjust patterns of tradings. In 1992, I was doing my masters in Native American studies and was doing research for an upcoming project and I met cooperatives who had both had arson attacks because they had posed such a threat to the middlemen by forming their own organisations as producers ,” she said.

“The middlemen completely controlled the textile industry at the time, so they had no access to the local market let alone the national market. I was so fascinated by this and the ethical procedure of the industry I set up the brand Pachacuti . It was initially a fair trade clothing brand but then turned into a hat brand, so fully traceable right back to the raw materials. It’s completely transparent which many brands aren’t” She explained how she created her first sustainable fashion line: “I started with a range of knitwear all made with natural dyes, hand spun-yarn based on some of the indigenous cave paintings I saw in Ecuador.

She explained how she created her first sustainable fashion line: “I started with a range of knitwear all made with natural dyes, hand spun-yarn based on some of the indigenous cave paintings I saw in Ecuador.

“That was my first piece and the collection sold out within six weeks. That was why I decided to put on hold my PhD and then eventually decided not to go ahead with it because I could see the difference it was making to the lives of people making the clothes I was designing.” 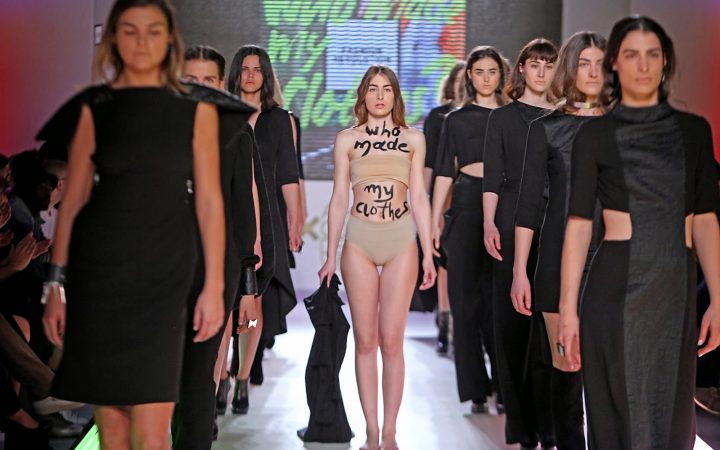 In 2015 Athena Korda ended her collection with the slogan ‘”Who made my clothes?”

After the success of Pachacuti, Carry valued the impact ethical fashion was making to the lives of these producers and decided not to stop there. She wanted to create something interactive to get the public fully involved, which is when Fashion Revolution came to life.

In April 2013 in Dhaka, Bangladesh there was a collapse of the garment factory Rana Plaza. With a death toll of 1,134 innocent workers, whose death fell into the hands of managers who sent workers back into the factories due to the pressure to complete orders for buyers on time.

Carry heard about the news and decided to act: “Fashion Revolution is a global campaign for a better, cleaner, fairer, more sustainable, more transparent fashion industry and we believe that everybody needs to come together to make that happen. It was a response to Rana Plaza because everyone felt really powerless, nobody knew what to do.” 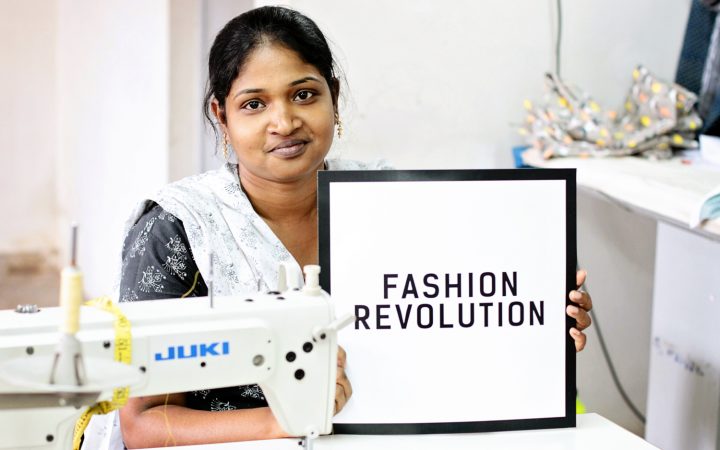 She knew the catchy name was important: “The whole idea of Fashion Revolution and the name, it’s almost like a fully-fledged idea literally hit me in the bathtub! This would be a catalyst for change in the industry but no one knew what to do about it. So, on June 2013 once we got some people together and had an initial discussion, a few people were like ‘oh we should call it fashion EVOLUTION because a revolution is too strong’ and I was really adamant, ‘no this HAS to be a revolution’.”

Carry felt the campaign should provide a platform for NGOs, workers, trades unions, and consumers: “The fashion industry HAS to change, it has to be a complete turn. We can’t have a slow evolution got to really change the whole system. We need systemic change in the industry, incremental change but an overall systemic change needs to be fashion revolution because evolution seemed a little bit too tame for the kind of change that needs to happen.”

As Carry explains, the mission now is quite clear: “We think consumer pressure can help to encourage brands to change but we also need legislative changes as well so that’s where the unions come in to push change, in particular, laggards who aren’t doing anything.”

As the campaign is such a broad movement the target audience matches that. There is no specific target audience because the final beneficiaries of everything they do are the producers and their communities.

“Our target audience is particularly young consumers, people with disposable income but people who really love fashion and haven’t really thought about the rest of the story. Also, policymakers, because they can put pressure on the brand through legislation,” Carry says.

The work is now multimedia and multi-platform: “Social media has been a fundamental part of reaching out to our younger audience particularly, millennials. We wanted to use the language of fashion, the visuals of fashion and actually make something that people could feel good about being linked to. Instagram is really important to us, we have over 100,000 followers and have created the hashtag #whomademyclothes. We have had over seven million views on one of our Youtube videos.” 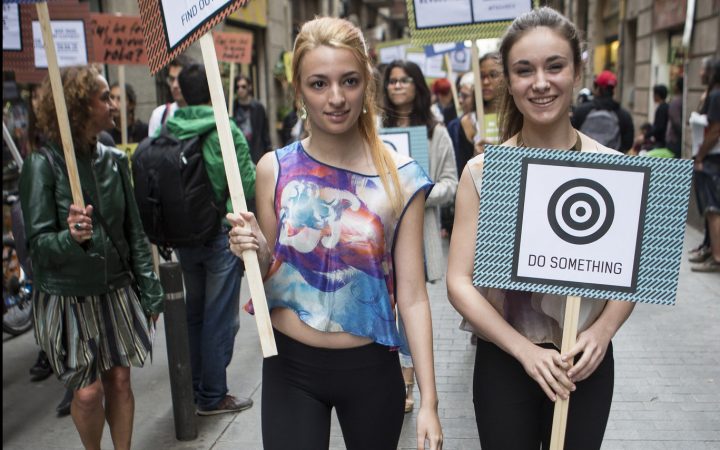 There have been people who don’t understand the movement and question the campaign’s integrity, and Carry tells us that one of the most cliché questions has been: “Shouldn’t these workers be happy because they have a job, who are we to say they should be paid more?” To which Carry replies, simply: “Having a job shouldn’t preclude having a job with dignity and a living wage.”

Right from the beginning, starting from Pachacuti  to Fashion Revolution, Carry says that she has seen a substantial change in the industry: “Rana Plaza brought the importance of transparency and people actually had to sift through the rubble to prove which brands were actually producing there. We have seen over 100 brands such as ASOS, GAP, Hugo Boss have been publishing their factory list for the first-tier, and we’ve also seen companies starting to publish their second-tier suppliers too.”

Now Carry is looking to the future: “We need to keep focusing on transparency because brands still aren’t transparent enough. With reference to the Fashion Transparency Index even the brands who have disclosed their first tier factory are looking at 32 per cent only and only 14 per cent for the second-tier.”

Fashion Revolution does have plans to start bringing more of an environmental theme for the magazine, the current issue is on waste and the future issue will be on climate change. The campaign also has coordinators in more than 100 countries and anyone can put on an event during ‘Fashion Revolution Week’ which happens annually between April 23-29, in remembrance of Rana Plaza; in previous years there have been more than 1,000 events during this week.

There is also a ‘Fashion Question Time’ in the British Houses of Parliament every year where NGOs, unions, retailers, brands, and members of the press are invited. There are also open house studios, which have been opened in the UK, US, and Italy, involving designers like John Alexander Skelton, Christopher Raeburn, and Katie Jones.

Carry is sure the Revolution will continue: “Anita Roddick, who is an inspiration of mine, said: ‘Well if you think you’re too small to make a difference, trying going to bed with a mosquito’, it would just take an extra 35p for all the clothing in Bangladesh for the works receive double the pay and I really think every single person can make a change.”