Back to the Sixties 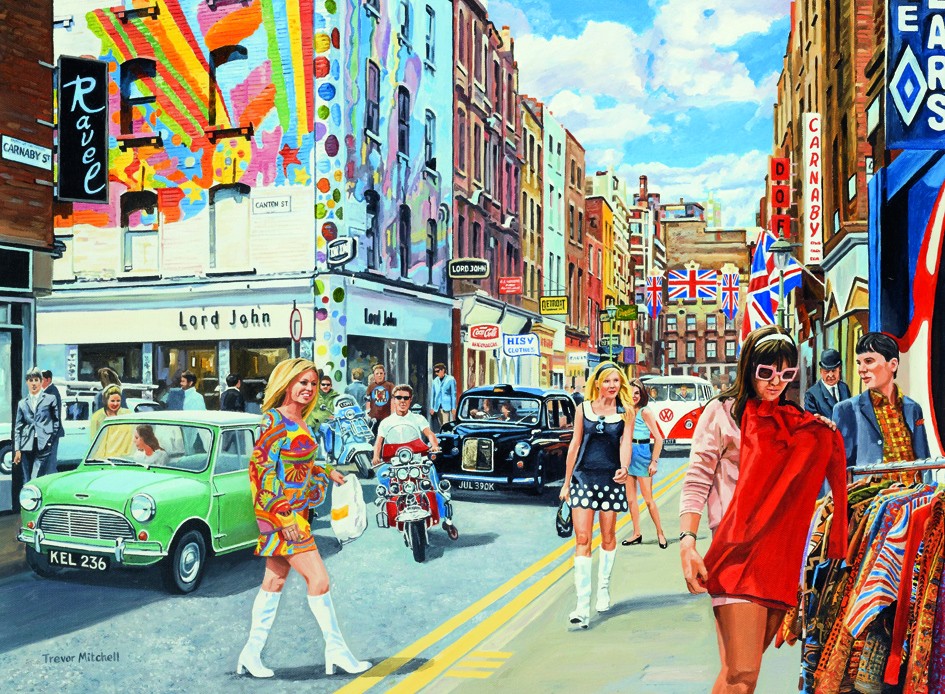 The 1960s marks the time when the black and white world burst into colour. More people finally had access to technicolour through movies and magazines, the advertising industry boomed and fashion and music transformed in the wake of revolution. The 60s had an influential impact on the way we advertise, dress and even the way we protest our human rights today.

The era of mini dresses, pixie cuts and man-made fibres reflected the new-found freedom of women to express themselves. Women’s fashion swung across a spectrum from the conservative ‘Jackie O’ style to the modern look of fashion icons like Twiggy and Brigette Bardot. Bold prints and bright colours were inspired by the new pop art movement.

The hair and make-up looks we loved this year in the Paris, Milan and London fashion weeks were heavily inspired by the 1960s beauty fads. Chanel channelled Brigette Bardot with bedazzled headbands, sky-high hair-dos and silver floating eyeliner. Karl Lagerfeld created a space-travel inspired fall season, taking us back to 1969 when man first walked the moon. Twiggy’s iconic slick masculine side-parting inspired looks in the Spring/Summer shows of brands such as Givenchy and Prada.

The popular beauty and accessorising trends of 2017 also mirror the 1960s icons’ go-to looks. Winged eyeliner and blonde beach waves are a staple which beauty gurus have borrowed from Bardot’s signature style. Bold, big and bright earrings are an essential accessory that holds together any outfit this winter; the bigger the earrings the better. Knitted beanies have been ditched as the headgear for the frosty months as baker boy caps and berets make a Mia Farrow-inspired comeback.

Checks and boxy silhouettes with orange and green socks laid the foundation for the 60s-retro vibe. The typical all-black winter outfit is a thing of the past, 2017 introduces the return of bright coloured and bold printed knitwear; from burnt oranges to electric blue knits, the 1960s-inspired pop of colour means your outfit won’t be as dull as the weather.

Isabel Marant proved it can still be acceptable to wear a dress in winter with her collection of floral midi dresses paired with knee high boots; a modern take on the 1960s flower-power trend. 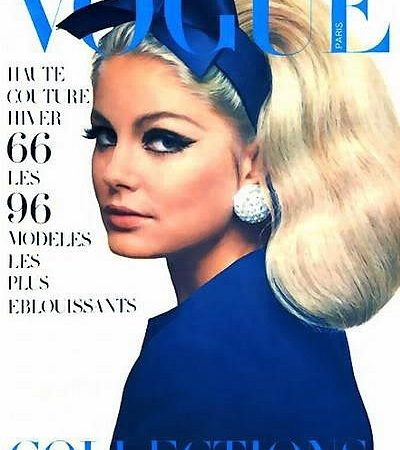 Vogue covers have always captured a snapshot of the iconic trends of a decade. The 1960s issues feature the fashion ‘IT’ girls of the decade: Twiggy’s 1967 October issue with her signature eyelashes and boyish pixie cut and Britt Ekland’s 1966 June cover showcasing her stylish blonde tussled hair and bold hoop earrings.

The 1960s was a time when people weren’t only just dedicated followers of fashion, but music and art enthusiasts too. Music reflected the revolution and upheaval of the decade; hence the birth of psychedelic rock, protest rock and the British invasion of the music industry.

The civil rights movement and the Vietnam war created an atmosphere of unrest, and a change in fashion and music mirrored this shift in culture. Psychedelic rock became popular at the end of the 1960s and was associated with the hippie lifestyle and hallucinogenic drug use. Jimi Hendrix was famous for his experimentation with this genre; his iconic performance of a distorted Star-Spangled Banner at Woodstock festival in 1969 reflected the anguish and uncertainty of the time.

Other songwriters such as Bob Dylan and Barry Maguire wrote music which protested the cultural and political issues of the times when the world was on the ‘eve of destruction’. Bands such as The Who and The Doors protested in a different manner – their anti-authority demeanour and the way they acted, such as destroying their instruments on stage.

In 2017, musicians continue use their platform to protest war or injustice. Ariana Grande hosted a benefit concert to bring people together after the terror attack at her concert in Manchester in June. Beyoncé used her world tour as a platform to rally support for Hilary Clinton during the presidential election in 2016.

Loyle Carner, an English musician and actor, recently kicked someone out of his gig after they made a sexist remark about his female support act.

That shit will not be tolerated at any show. He’s been banned from that venue, for life. https://t.co/TK4ouHQgv0

The songwriters of the mainstream music today don’t often write lyrics protesting society however many big names in the industry use their platform and social media to protest. The 1960s paved the way for the widespread diversity of music we have access to now – the sixties pushed the boundaries of traditional music and left us a growing spectrum of music as a soundtrack to life.

The ‘British invasion’ of the music industry marks the time in the early 1960s when British bands such as The Who, The Beatles and The Kinks found success in the mainstream music scene. The Beatles are undoubtedly one of the biggest bands of the 20th Century and one of the first ‘boy bands’ to have a frenzied fan following and dominated the charts for almost a decade. The Beatles were also fashion icons for their era, they were known for wearing all black outfits and classic tailored suits. 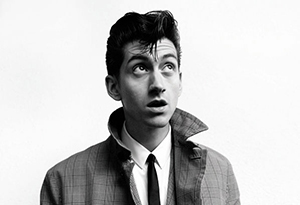 In the 1960s fashion and music walked hand in hand and had an influential impact on one another. The mod subculture listened to The Who, The Kinks and The Yardbirds and these British bands adopted the mod dress-code.

The mod style of dress, with the target symbol, tailor cuts and a sophisticated and casual mix has filtered down into today’s dress code. Bomber jackets, polo tshirts and boxy trousers is a distinct style today which both young and old men have adopted. Musicians such as the Arctic Monkey’s Alex Turner and Liam Gallagher are known for their interpretation of the mod dress-code.

A few sixties mod shops still live on in the iconic Carnaby Street in London, selling tailored double breasted blazers, beautiful silk paisley shirts and every T-shirt with your favourite sixties band on it. Pop into Sherry’s down a side street in Carnaby for a trip down sixties style memory lane (you might end up leaving with a tailored striped suit and straight to a Vespa shop).

The revolution and change in the 1960s had a lasting impact of freedom within fashion and music for generations to come. The 1960s is known for the times that were a-changin’ and even though there was a cloud of uncertainty that hung around after the war, people celebrated a new culture of music, art and fashion.

Like the sixties, 2017 has had an atmosphere of rebellion, revolution and uncertainty yet the celebrated culture of music and fashion has prevailed.