It really is like in the movies. A small room on the lower ground floor of a public hospital, chairs, arranged in a circle, snacks on disposable tableware and way-too-welcoming hellos from the first-timers. No, it is not an overnight pyjama-party for teenagers, it is a typical setting of any support group meeting.

This particular meeting is in the basement of one of London’s best hospitals. The group is a small one as the subject for the general discussion is quite sensitive. The people have a type of cancer which is only seen in one per cent of cancer patients in the world, a small proportion, but one where the sufferers have found out their disgnosis is incurable.

As soon as I approach the hospital building, I get this weird paranoia feeling. It’s like everyone knows exactly where I am going and for what reason. The feeling strengthens the closer I come to the meeting room. I find it easily thanks to the clear description of every turn and every step on the website. I am here to meet one of the community members who preferred to remain anonymous. For obvious reasons.

People start to come in. The meeting is informal so they let me stay (either this or because I bring three large packs of crisps with me). If you have never been to a support group meeting, I hope you will never have a chance. There are long pauses in between the topics, nurses nodding along with sad tearful eyes and the saddest cliché of all – the introductions at the start, which sound especially weird as soon as I understand that most of the visitors already know each other.

The meeting lasts for two hours. A clinical nurse replaces a perfectly normal “goodbye” with “hope to see you again” which in this setting, changes the meaning entirely. I come out with the member I had gone along to meet and we head to a café just across the road. Noticeably, both of us seem quite relieved getting out of the hospital basement. 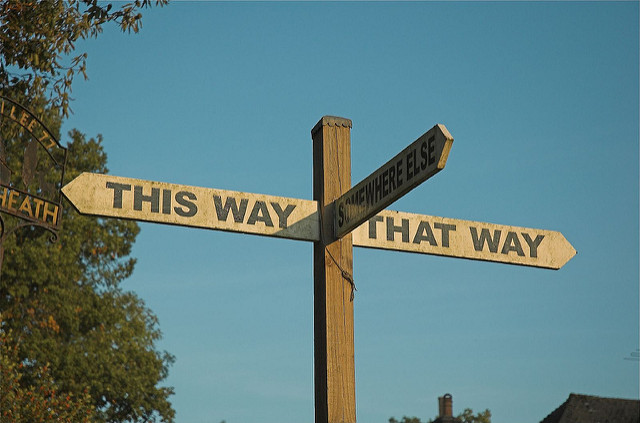 ‘I guess there is no right or wrong in this’ [Flickr:Ian Harding]

Emma, as I will call her, is 20. She is in the middle of her BA course at one of London’s best universities and has already decided on her Masters course right down to where, when and what. Her life has been perfectly planned out until recently.

August 2017 proved to be a turning point where life became, least to say, chaotic.

“My life is clearly divided into two parts now: before and after. Sure I can try and live a normal life while I still feel alright, but this diagnosis is always in the back of my mind.”

Emma was told she had approximately a year left to live. There are no visible symptoms of the disease now, but according to her doctor they will appear in “three months time”. All that is left now is to just wait.

“I mean, our NHS is great in this respect. All the support they provided and the treatment they offered. Although they said that nothing they offered can actually help me, but still. I go to hospitals, I talk to people. I haven’t heard any major complaints from cancer patients yet,” says Emma.

“There is just one thing for me to complain about. Since I’ve been diagnosed with such a rare disease I spend a lot of time online and read what others have to say about this. Especially stories of terminal patients. And guess what? Half of people who’ve been told they would die in a year are still perfectly alive in five years time. That’s of course is a fortunate doctor’s mistake, but it still is a mistake!”

Emma’s frustration is clear: “If you are not sure whether I’m going to die or not, don’t even mention the first option to me because it’s going to ruin the rest of my life. However long it is.”

Now, she says, all her planning is in chaos: “Do I make plans for the next summer? Do I apply for a serious long-term job? Do I spend a hundred pounds on a marathon that’s in six months time?” she asks.

“If someone tells me that I’m going to die in a few months I can’t just hope that I am that fortunate mistake.”

The biggest issue of living with a terminal disease is uncertainty. Although ‘terminal’ diagnoses are officially the ones that predict a patient no more than six months, doctors are unable to tell exactly how long the patient will survive.

The amount of emotional support for people with this condition is immense but most of community centres divide the patients into two categories: the elderly and children under 16 – what are considered to be the most vulnerable groups of our society. 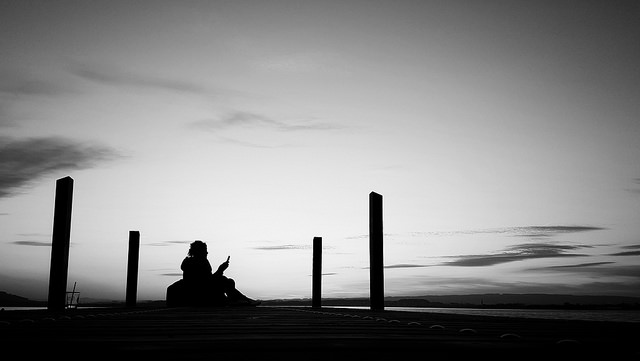 ‘Unfortunately, there is no blueprint for this type of situation’ [Flickr:Thomas Leuthard]

A big part of the lives of people in Emma’s situation comes from other peoples’ reactions. Unfortunately, there is no blueprint for this type of situation.

“I am tired of seeing tears in the eyes of people I don’t really know. My friends’ reaction is completely different. They just refuse to believe it. Say it’s some sort of mistake. Doctors make mistakes, right? And strangers start to cry. My doctor cried, my clinical nurse, even my physiologist had tears in her eyes. Because they do trust me. I am so sick of this,” she says.

“I am sick of hearing nothing but total silence. First time I came to a meeting like this, I was the worst case scenario. I usually am everywhere, but I expected to meet people like me, who have the same prognosis. That is less than a year basically.”

Among a vast amount of emotional support offered around the UK for people with cancer, there is hardly anything for young people with terminal diagnoses.

“My psychologist has absolutely nothing to offer. I just think she was never actually taught how to respond to someone who is 20 and asking for hospice advice,” Emma adds.

I smile intensely, thinking that I understand exactly what it is like for that psychologist – not knowing how to respond.

“People keep saying that it is still all up to you, stop thinking about the negative, everything is in your hands. I’m fed up with this! I wish someone could tell me exactly how to behave in situations like this. I wish someone could just give me a clear blueprint for the rest of my life. I need certainty. That’s all,” she says.

That was the reason Emma went to the support group meeting in the first place. To meet someone who struggles with the same issues as she does. However, the general discussion was more about past treatment, future plans, surgery and rehabilitation. Luckily for the members, but again making her the ‘worst case for discussion’.

“I honestly thought support groups would be helpful. But they just make it seem so real. And I am the worst there. I make people even more depressed by just talking to them, even though I am not crying or anything, everyone around me cries,” Emma explains.

I sat across Emma for over an hour and tried to make myself conscious of the fact that she is sick. Although looking and feeling absolutely ‘normal’ she is considered disabled by the government, receives prescriptions for free and has a vindicated right to sit on those priority seats on the tube.

“I always thought that if someone would tell me I had a year to live, I would start doing all these crazy things, like go skydiving or try heroin. But now when it actually happened I just want to be left alone. I guess there is no right or wrong in this,” Emma concludes.

After reading a few forums Emma mentioned to me, I found an interesting metaphor.

Incurable disease is a Circle line on the London’s tube. The train on that line goes round and round in circles. But one day you might have to change the trains and get on the one which leads to the terminus. The final destination. The end of the line.

The thing is to stay on the Circle line as long as possible.