‘Shame on you Canada Goose’ 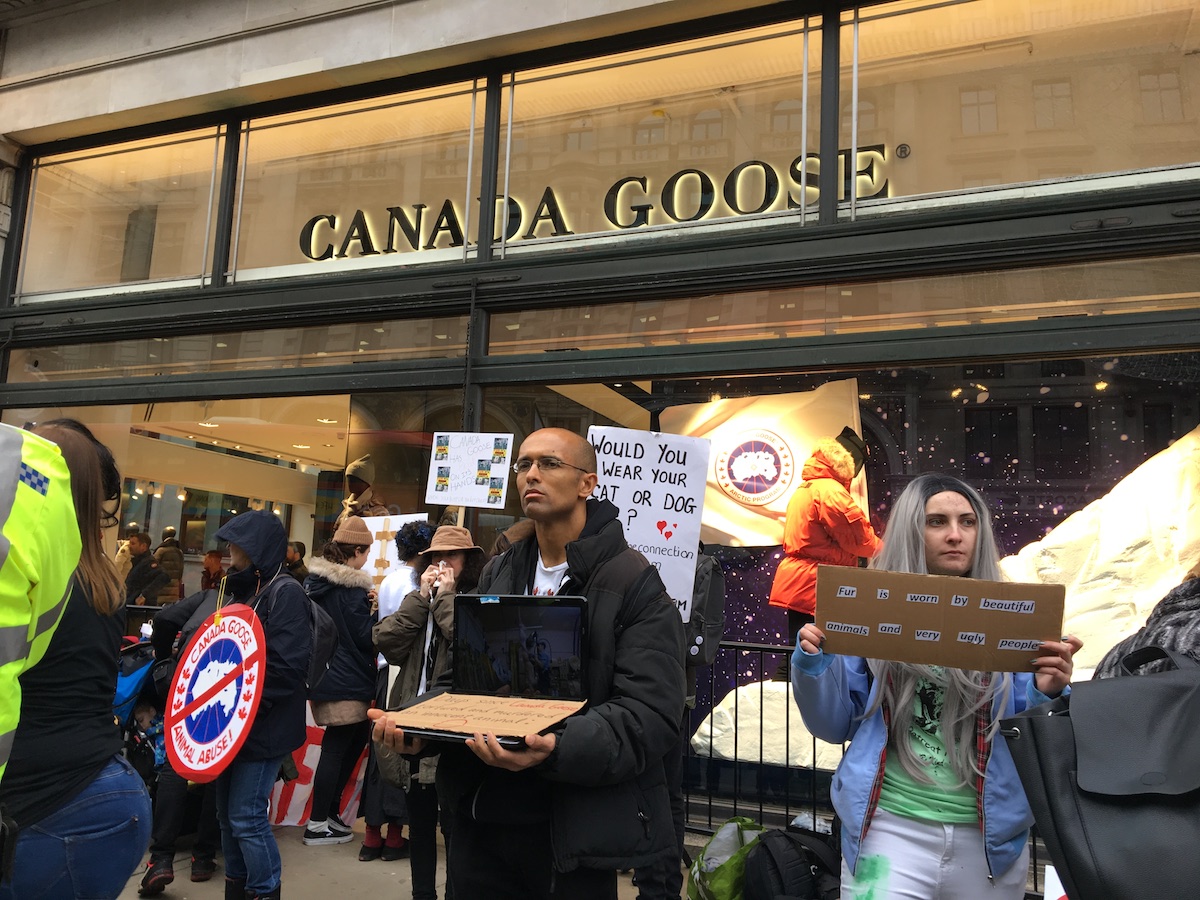 A crowd of hundreds of animal rights activists have staged a protest outside the Regent Street store of popular brand Canada Goose.

The protest was led by PETA, one of the world’s leading animal rights groups, after Canada Goose opened their flagship store in London. The crowd chanted ‘shame on you Canada Goose’ whilst showing gruesome videos of geese being slaughtering on their iPads and laptops, and handing out flyers to rally support from Saturday shoppers passing by.

Protesters held up posters reading “Would you wear a cat or a dog?” and “Fur is worn by beautiful animals and very ugly people”.

The demonstration took place in the wake of PETA’s release of an exposé of one of Canada Goose’s down suppliers; a shocking video of geese being crammed together and violently manhandled while being transported to slaughter. Shoppers stopped to take pictures of the commotion, picked up leaflets and some joined the crowd in support. Other shoppers walked casually into the store unfazed.

Canada Goose use geese feathers for the insulation in their coats and a range of their coats and jackets also have an animal fur trim which comes from the fur of wild coyotes.

The use of real animal fur in designer fashion brands has been at the forefront of animal rights protests for decades. It is unclear whether the overwhelming presence of activism surrounding the fur industry is the sole reason for its decline in recent years, but Austrian and UK governments have banned fur farming in their countries. The magazine Scientific American concluded that the number of mink farms in the US has fallen from 1,027 in 1988 to less than 300 today.

Leading designer brands such as Giorgio Armani, Calvin Klein, Vivienne Westwood and Tommy Hilfiger have banned the use of real fur in their collections in an effort to become more ethical. Most recently, Gucci’s designer Alessandro Michele gave into the pressure of animal rights activism and banned fur from the brand.

Animal fur and leather have been a key ‘fashionable’ element in clothing and many celebrities such as Kate Moss, Kim Kardashian and Stormzy have been publically slammed for wearing fur garments as a fashion statement at the expense of animals.

Although PETAs efforts have been successful in their attempts to make designer brands, and the celebrities who wear them, respect animals, their attacks are also ignored. Jennifer Lawrence, when asked if the squirrel that she skinned in the movie ‘Winter’s Bone’ was real she replied, “I should say that it wasn’t real, for PETA. But, screw PETA.” Like anything, this just proves you can shout the loudest to get others to have the same opinion as you, but they can still choose to disagree.

Rebecca Raymond, 21-year-old fashion journalism student, lover and owner of real and faux fur coats says: “If you want to wear it, wear it. I wear real fur, fuck it”. However, she mentioned that she is reluctant to wear real fur out in public as she knows that people may judge her. “Fur has been part of fashion culture for decades, nothing is ethical nowadays.” 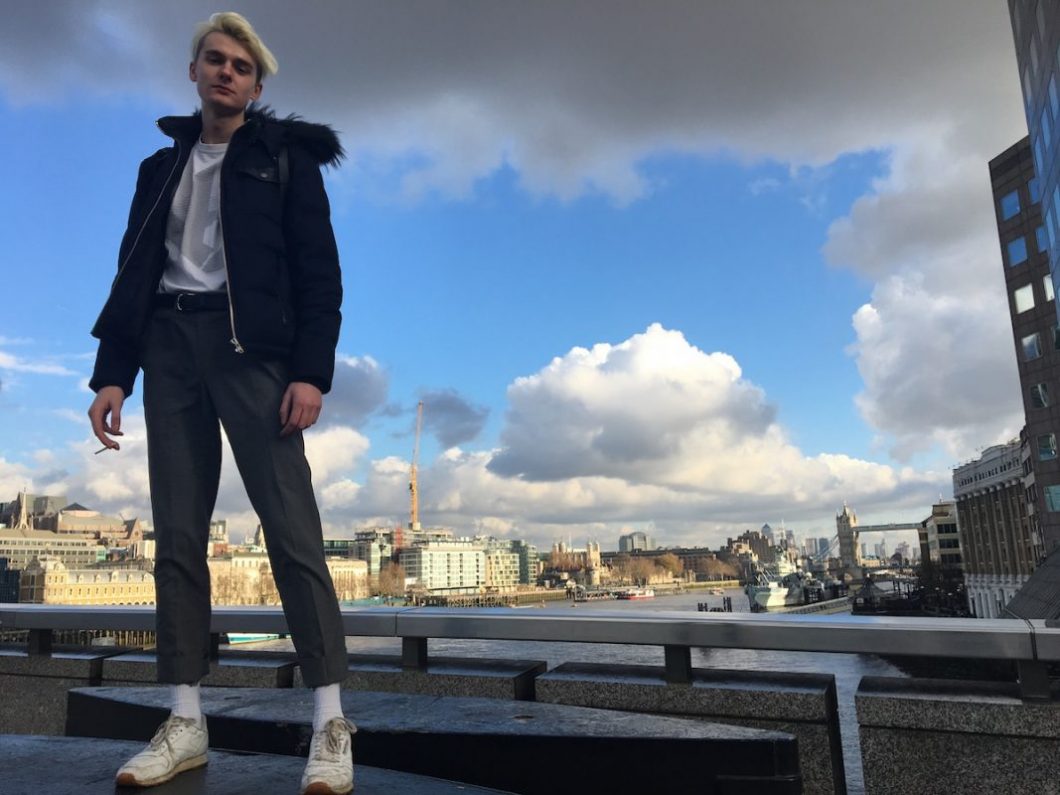 “I just see it as hypocritical that the people protesting don’t do it outside Clarks. Leather is the waste product of an animal which has been killed to make meat, what’s the ethical difference between a cow and a coyote or a goose?” says James Underdown, 20, part time model and student. “The production of fake fur has a huge environmental impact, which is probably equal to the environmental impact of using real fur. Also, the quality of real fur speaks for itself – I prefer the comfort of a feather or down filling in a coat.”

There is growing support and recognition for campaigns that are trying to make fashion more ethical, however, many people are unaware or just disinterested in where their clothes are made, how they’re made and if they have been the product of animal cruelty. Animal protestors may not actually be changing the mind of fur wearers, like Rebecca and James, but instead just making them feel guilt, or fear of judgement, for a split second whilst putting their fur coat on.

In a survey conducted by Artefact, 93 per cent of respondents said they disagree with clothing brands that use real animal fur, however, 53 per cent of them also said they purchase real leather goods such as bags and shoes. The truth is, most people prefer to be blissfully unaware of any ethical issues in the production of the clothes they are wearing; 93 per cent of our survey said they don’t consider where their clothes come from.

One thing animal rights protestors have proven to be successful at is bursting people’s bubble and forcing them to listen to their protest, but failing to convince them to join the protest. The survey also showed that two thirds of people support PETA only on specific issues and half of them disagree with protests being held outside the clothing store.

The anti-fur campaigns have attracted support from social media savvy young people, which has been helpful to their cause. It’s trendy right now to be vegan; Instagram is riddled with pictures of acai bowls and vegan cupcakes with a caption that explains why everyone else should join them be vegan. Vegan’s have become the product of memes and veganism has literally become a popular social trend and therefore the conversation of animal cruelty has become louder over social media.

Molly Davies, 18, has been a vegetarian since she was 14 and has “supported the anti-ivory trade campaign for years”. She believes there isn’t as much of a market for fur trade anymore due to this #crueltyfree social trend but she questions “whether the sincerity of their veganism is down to their beliefs or just copying the Jenners I don’t know, but its a start I suppose”. Davies disagrees with Canada Goose using down and fur for their garments. “I think members of the public dismissing the deplorable nature of this brand are simply choosing to turn a blind eye to unnecessary animal cruelty”. 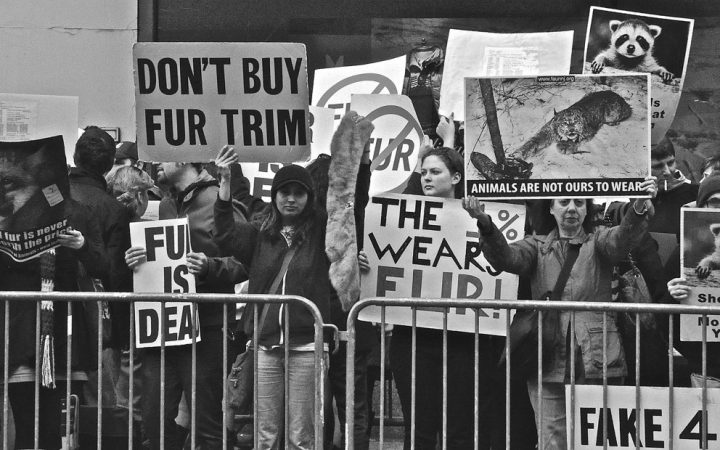 The International Fur Federation (IFF) recently put out a campaign claiming that “even during the economic slowdown the fur industry has performed strongly.” The IFF says that in countries such as Russia and Denmark the fur industry is an important contributor to their national economies. Fur is an essential component of Russian culture due to their climate.

This raises the question of cruelty versus culture – fur has been engrained in the heritage of colder countries and it is argued that faux fur doesn’t give the insulation that real fur can. Possibly, the same reasoning for wearing real fur cannot be said for American and British citizens; it is more for the purpose of fashion, many people simply prefer the look and feel of real fur (especially those who have the money to spend on the luxury).

People who actively choose to wear faux fur, as a political statement against animal cruelty at the expense of consumerism, are representative of the growing gluten- free cruelty-free artisanal lifestyle.  However, faux fur can be environmentally harmful in a different way. Acrylic, the main fibre in faux fur was ranked the 39th most harmful fabric to the environment by the US Sustainable Apparel Coalition. So, does the alternative to animal slaughtering for fashion and warmth have an equally, or even bigger, carbon footprint? The bigger question to ask may actually be: animal cruelty versus earth cruelty.

The protests outside Canada Goose are just part of a large scale animal rights battle against fur for fashion. In an effort for fashion brands to become more ethical, through the use of faux fur, another environmental problem has appeared. Can fashion really become completely cruelty free, or in fact completely ethical?